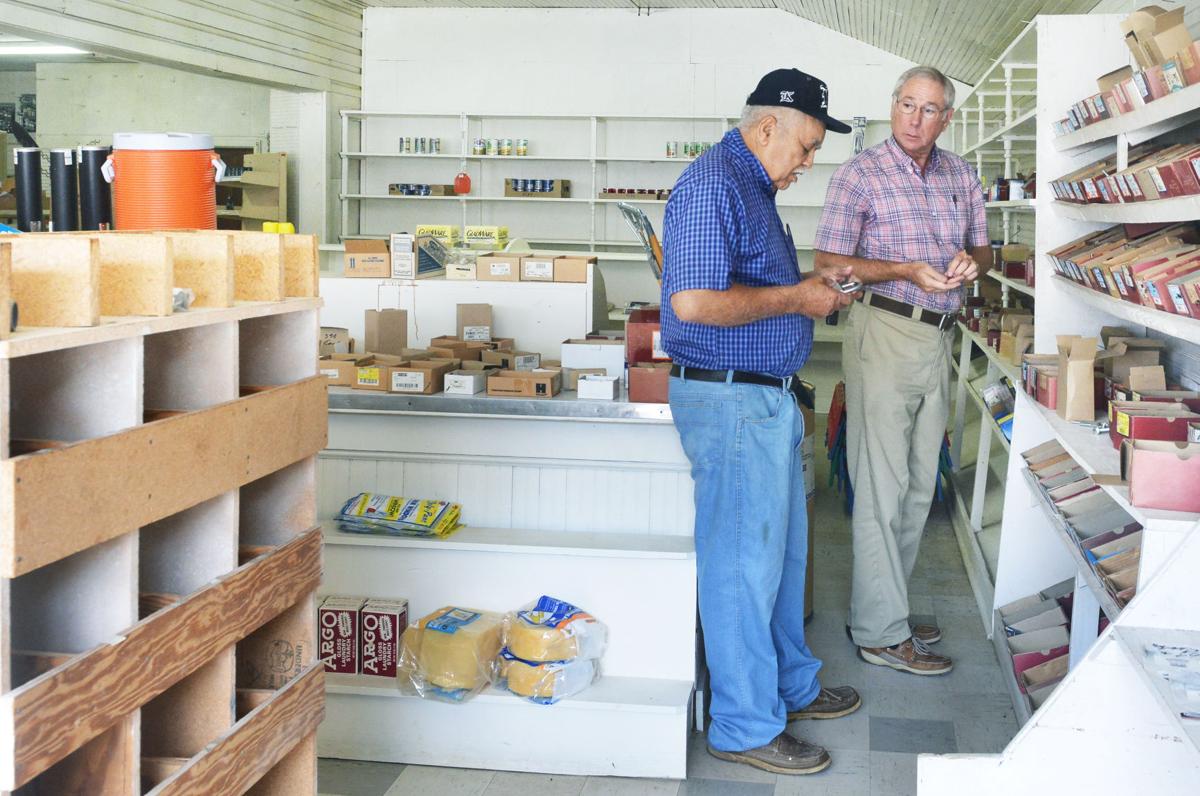 Bryant Brothers and Johnson owner Carrol Dodson helps a customer on Sept. 4. Carrol plans on closing the 96-year-old business for good at the end of the month. 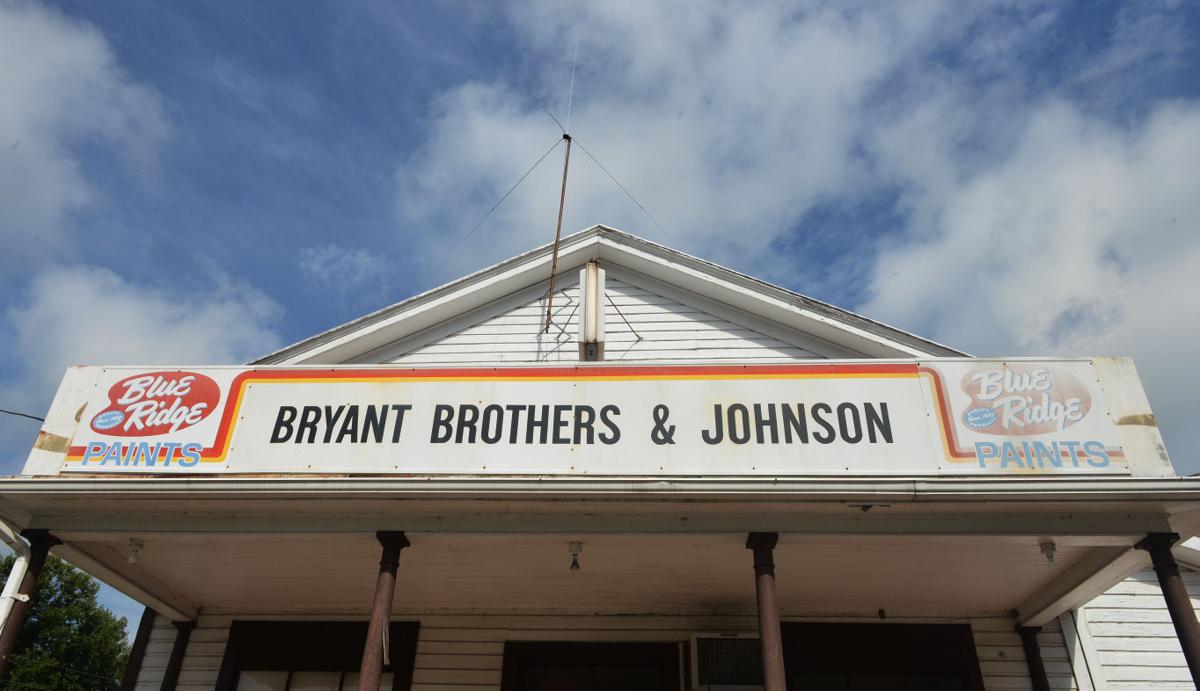 Bryant Brothers and Johnson will be closing for good at the end of the month.

BLAIRS – Customers were nostalgic Thursday morning at Bryant Brothers and Johnson store, which will close soon after nearly 100 years in business.

Pittsylvania County resident and long-time customer Harold Shelton has been a regular at the general merchandise store since the 1950s.

“I feel bad,” Shelton, 76, said during an interview at the business. “It’s the old stomping place.”

Shelton has been a member of the store’s coffee club — an informal group of regulars who come in to socialize in the mornings — for 40 years. He has frequented the store every day since the 1980s.

“It’s just been a nice meeting place with men and friends,” Shelton said. “It ain’t going to be like it used to be.”

Owner Carroll Dodson said he had been thinking of shutting the business’ doors since the Great Recession.

A lagging economy and Dodson’s clientele dying off or debilitated by old age are the reasons he is closing the establishment.

“Age has caught up with them and they’ve passed away or can’t do what they used to,” Dodson said.

“I’m going to miss the friends I developed here over the years,” he said.

Bryant Brothers and Johnson has been in operation since 1918 and sold hardware and groceries. It even offered clothing at one time, said Dodson, who bought the business from his mother-in-law in 1988. Dodson’s grandfather-in-law was connected to the business before his parents-in-law owned it, he said.

Dodson has been reducing inventory.

Wood shelves that once displayed hardware and other items are now bare. An old freezer that kept ice cream and popsicles cold sits unplugged. The store once sold Blue Ridge paint, Dodson said.

Tightsqueeze resident Frank Terry, 72, has been a customer at the store for 26 years. A mail carrier with the business on his route, Terry drops by every day.

“I usually stop in and have a snack,” Terry said. “It’s a piece of history that will no longer be around.”

Terry lamented the closings of Dodson’s business and other general merchandise stores like it around the region and all over the country.

“I’ve got to find another place to stop and eat,” Terry said.

“He’s a good, nice person,” Henderson said of the owner.

Dodson pointed to a pile of change and a stray dollar bill on his counter. Calling it a “self-checkout,” he said customers make their own change with it when he’s not available. There aren’t many places where an owner can leave money on the counter and trust their customers like that, he said.

Bryant Brothers kept customers from having to drive to Danville to buy that one needed item, Shelton said.

Dodson said he tentatively plans to close the store sometime this month. A neighboring car wash, Dallas Car Wash LLC — owned by his wife and brother-in-law — will remain open, he said.

“I’m going to miss the people,” Dodson said. “I really, really am.”

A beloved local restaurant open for half a century is closing its doors after Saturday night.

A new food truck will be serving up infused cookies and ice cream on Wards Road starting at the end of the month.

Fees to retire from BWX Technologies' board of directors

Lynchburg-based BWX Technologies on Wednesday announced the retirement of John Fees, chairman of the board of directors, concluding nearly 43 …

Lynchburg-area program aims to help businesses get on right path

Brandy Knabb, owner of Balance Gymnastics and Fitness in Concord, said when she and her husband started talking about opening a business two y…

Dominion CEO says company failed to vet secretive anti-Youngkin PAC it donated to, asks for $200,000 back

Dominion Energy's CEO sent an email to company employees Monday morning saying the company's political action committee had failed to properly vet an anti-Glenn Youngkin PAC it gave large donations to, and is asking for its money back.

A new shop downtown is doing its part to make a dent in human trafficking in the nation and world.

History suggests a 10% decline in stock prices is a pretty common event.

Bryant Brothers and Johnson owner Carrol Dodson helps a customer on Sept. 4. Carrol plans on closing the 96-year-old business for good at the end of the month.

Bryant Brothers and Johnson will be closing for good at the end of the month.