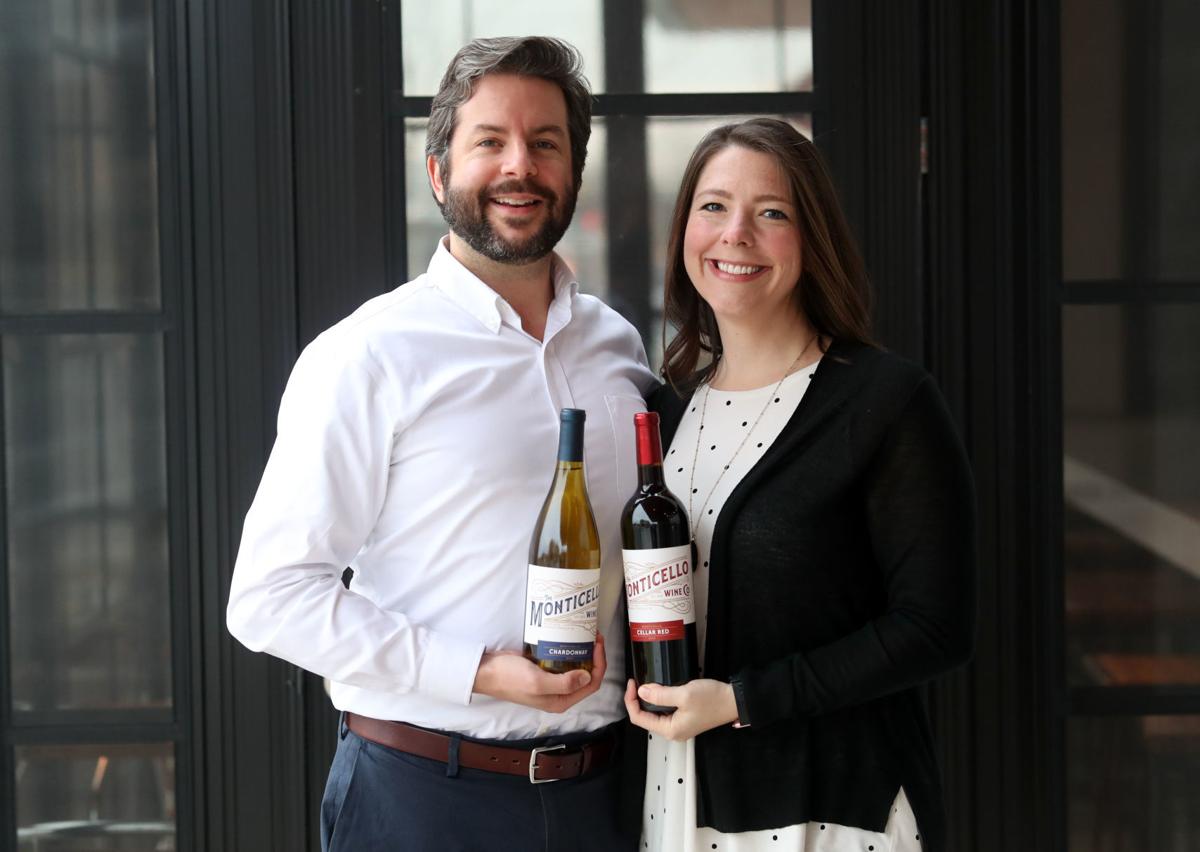 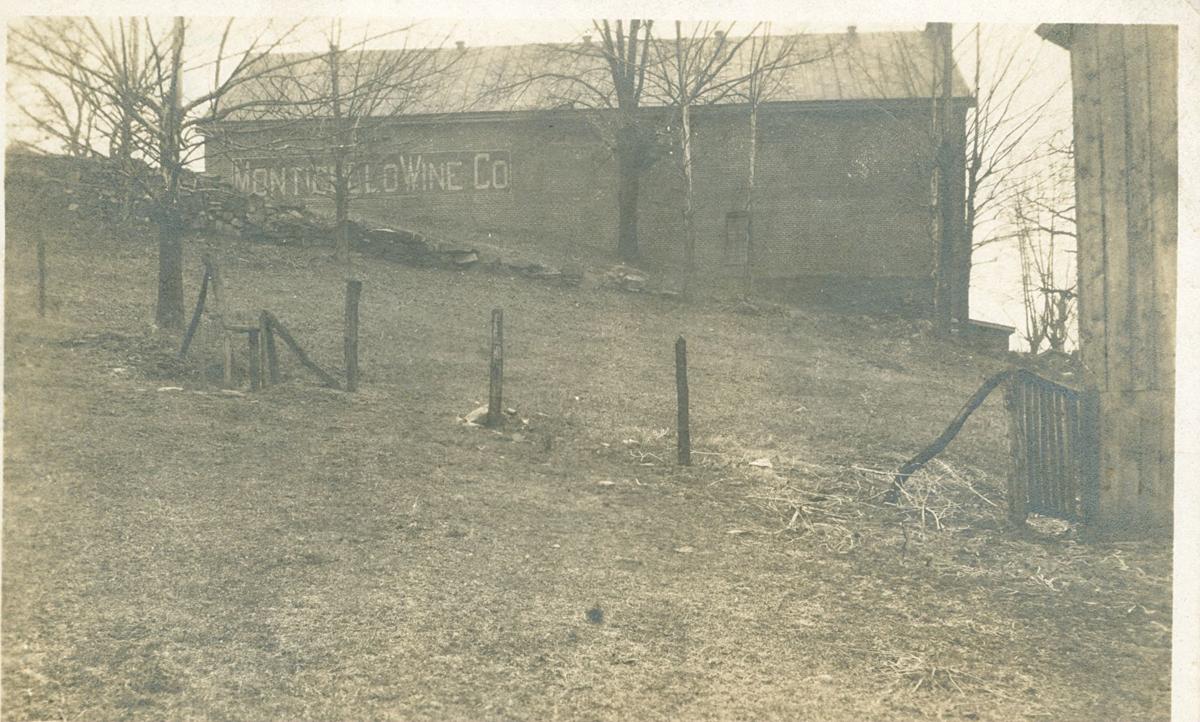 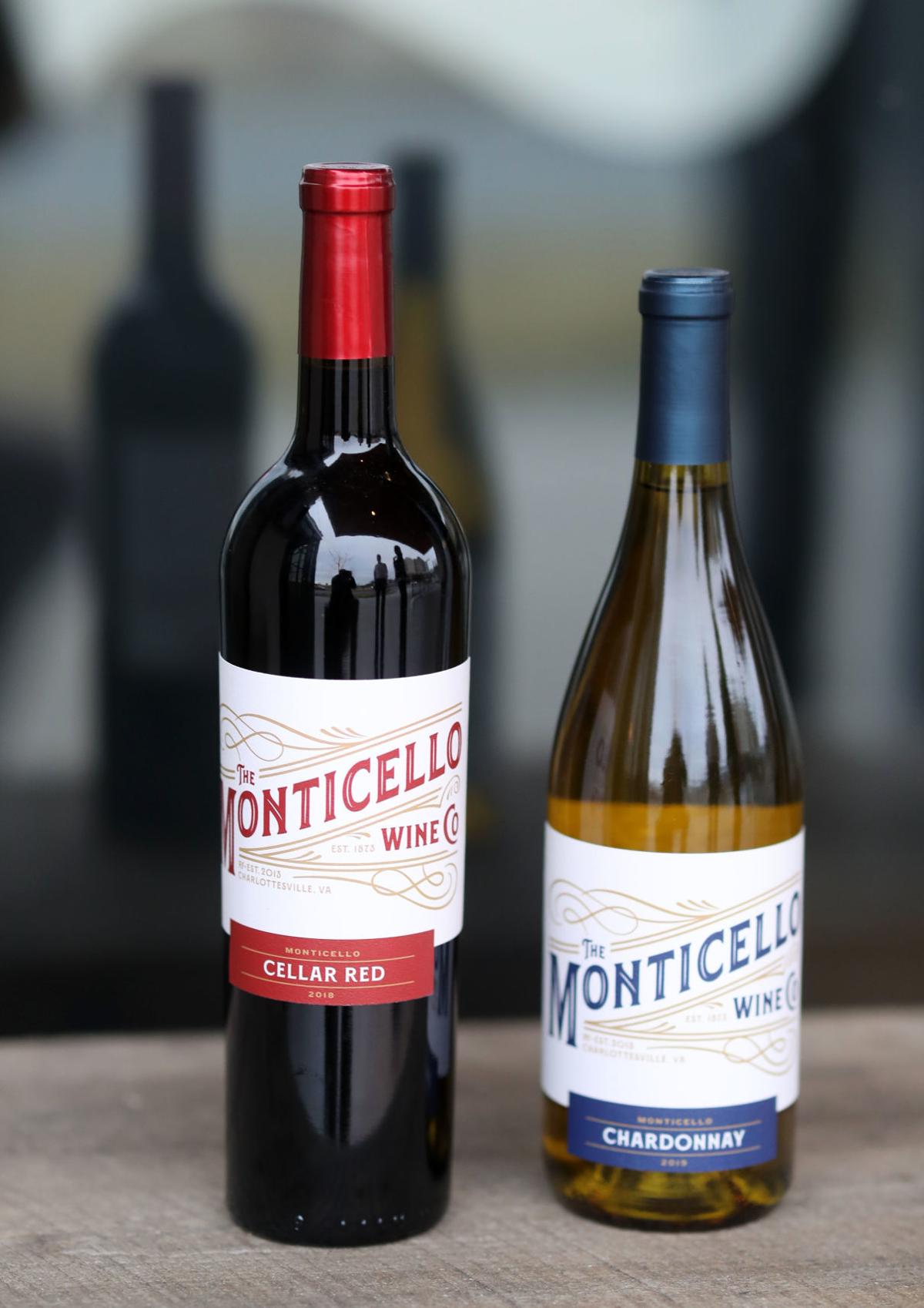 Two wines will be released under the Monticello Wine Company label — an Afton Mountain estate-grown chardonnay and a Bordeaux-style blend of merlot, petit verdot and cabernet sauvignon. A dry rosé is slated to follow.

Charlottesville is getting its own wine because the winemakers think it’s time.

And, like the town for which it is being made, this wine label has history.

The Monticello Wine Company, whose international medal-winning Virginia Claret was the taste of Paris at the cusp of the 20th century, is making a comeback for the second time.

The label will grace wines produced expressly for it by Afton Mountain Vineyards and will only be sold and marketed in and around the city.

“Our wines will be available in Charlottesville restaurants and wine shops, but we’re not going too far away from the city center,” said Andrew Greeley, who, with his wife, Tyler, is bringing the brand back. “We want to embrace the young, urban audiences of downtown, to give them their own wine. We want to keep it pretty local to where the original Monticello Wine Company was located.”

Greeley said the idea is to create a wine label that represents the city’s life. The original company’s cellar and bottling operations used grapes from Albemarle County farmers and the facilities were located at the end of the city’s Wine Street, which was just outside of the city limits back in the day.

“All of the grapes will be grown in the Monticello American Viticultural Area, so we can keep with that tradition,” Greeley said. “We may expand our offerings as we see more opportunities in the future. It’s really about keeping the history alive and giving Charlottesville its own wine identity.”

Two wines will be released under the Monticello Wine Company label — an Afton Mountain estate-grown chardonnay and a Bordeaux-style blend of merlot, petit verdot and cabernet sauvignon, all harvested in 2018.

“We’re delighted to have the opportunity to keep this historic brand alive,” said Elizabeth Smith, who owns Afton Mountain Vineyards with her husband, Tony. “Our focus with the Monticello Wine Company will be on retaining the historic brand while re-imagining it with fresh labels and perhaps some wine ventures that will be different than our [Afton Mountain] product.”

Monticello Wine Company once was the largest winery in the South. It was founded in 1873 as a cooperative by local grape growers. The four-story winery had a capacity of about 90,000 cases, which equates to about 200,000 gallons.

The company produced award-winning wines and grape brandy that copped medals in Paris in 1878 and 1889, as well as awards throughout the country, and was best known for its Virginia Claret, produced with Norton grapes.

According to Albemarle Charlottesville Historical Society records, the original company’s goal was to provide a consistent market for Albemarle’s grape growers by creating an affordable table wine with lower alcohol content that would lead to temperate drinking habits.

Locally harvested grapes were transported in wagons down Wine Street or Second Street Northeast to where the roads intersected. The Virginia Midland Railroad, which had a spur line serving the wine company, ran its tracks almost parallel to Schenks Branch.

But wine depends on grapes, and grapes depend on the weather. In 1887, fueled by a hot and humid season, Guignardia bidwellii, also known as The Black Rot, moved into the region. The ascomycetous fungus destroyed many vineyards and left farmers wary of investing time, money and effort in grapes.

The Monticello Wine Company bought grapes from other states to augment local juice and gave away vine roots to encourage farmers to grow grapes, the historical society files show.

Although nature did a number on the grapes, politicians and activists did in the business.

As progressive political movements pushed the nation toward Prohibition, temperance leagues grew in political power in the state government.

The legislature passed laws allowing local communities to ban alcohol consumption, possession and sales, and in 1907, Charlottesville went dry. The Monticello Wine Company was forced to sell its product via mail order for eight years, until Virginians voted for state prohibition and the company went under.

A century later, alcohol became an area tourist attraction and the company was briefly reestablished in 2013 by Earlysville brothers Luke and Michael Macfarlan. They produced wines with help from Glass House Winery in Free Union before deciding to offer the brand to the Smiths of Afton Mountain Vineyards.

The Smith family — Tyler Greeley is their daughter — has a history of locally successful food and drink ventures. Besides the vineyards, Tyler Greeley’s brother, Hunter Smith, is a local restauranteur and brewer who owns and operates Champion Brewing, Champion Grill and Brasserie Saison.

“When they decided they weren’t going to continue, they reached out to the Smiths and they thought it was a great idea, too,” said Andrew Greeley. “They reached out to us to see if we were interested in joining the family business in a different way.”

Greeley said they jumped at the chance. The company’s legacy has been noted by a historical marker at the home of the winery’s general manager, Adolph Russow, at 212 Wine St., but the couple thought much more was in order.

“It’s such a cool story. We had a blast going to the historical society and looking through the files and the pictures to learn about the company. It’s fun to work on our own branding and the idea of revitalizing something that was an important part of Charlottesville history,” Greeley said.

“We can play to our strengths and create something that fits in with the identity of the city. It’s fun to be doing something in the community, to be a part of what’s going on,” he said. “There are a lot of good wineries in the area but the idea is really to make this Charlottesville’s wine. We’re really excited about it.”

The top executive with Henrico County-based Genworth Financial Inc. assured analysts and investors on Thursday that the insurance giant's planned acquisition by China Oceanwide Holdings Group Co. Ltd. is still on track despite yet another delay.

There may not be a second stimulus check, so take this step to avoid missing out on the first one

If you haven't gotten any stimulus money yet, it's time to act.

Two wines will be released under the Monticello Wine Company label — an Afton Mountain estate-grown chardonnay and a Bordeaux-style blend of merlot, petit verdot and cabernet sauvignon. A dry rosé is slated to follow.