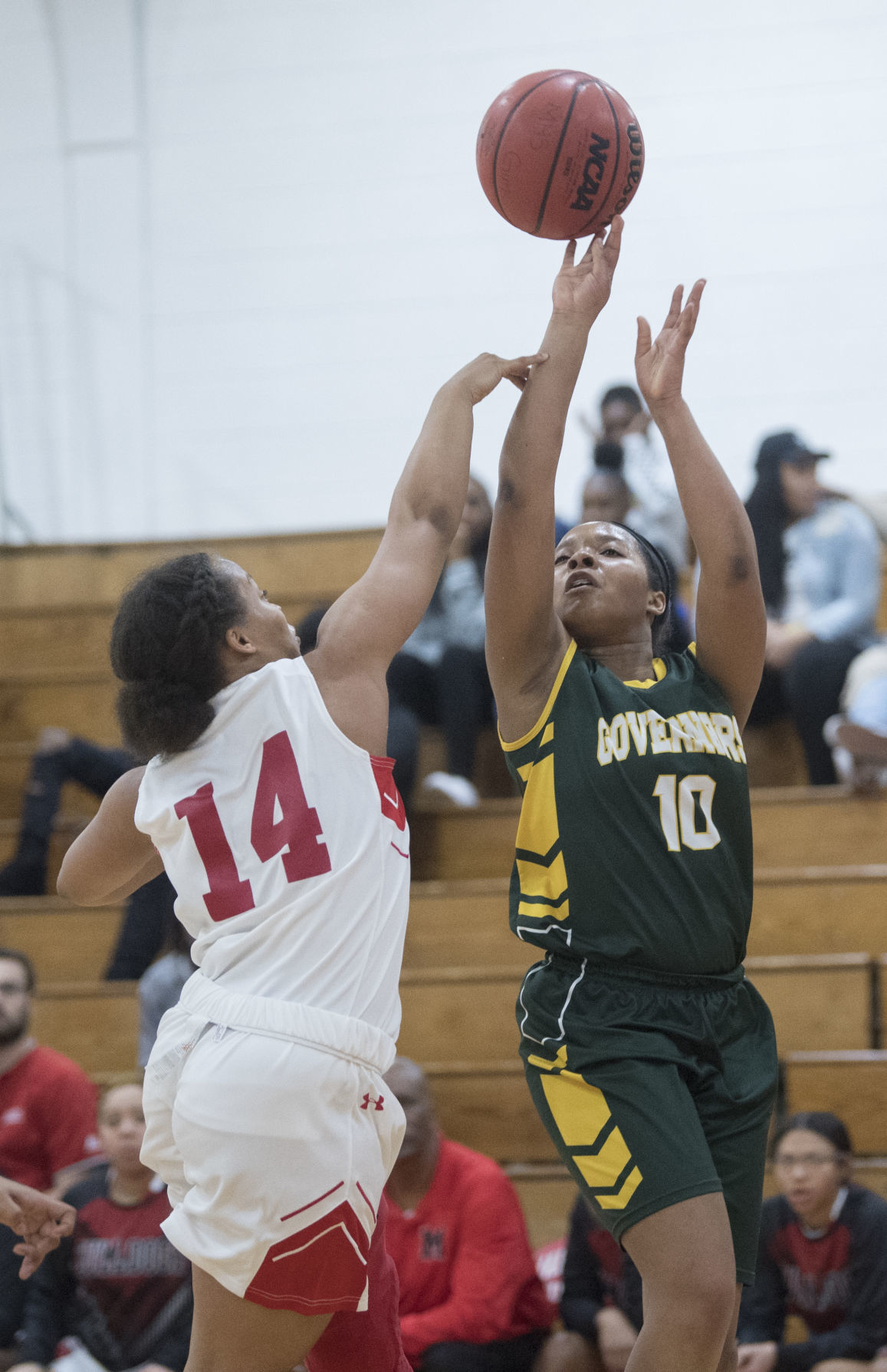 Lady Gov Anayaih Randolph gets fouled by a Martinsville defender. 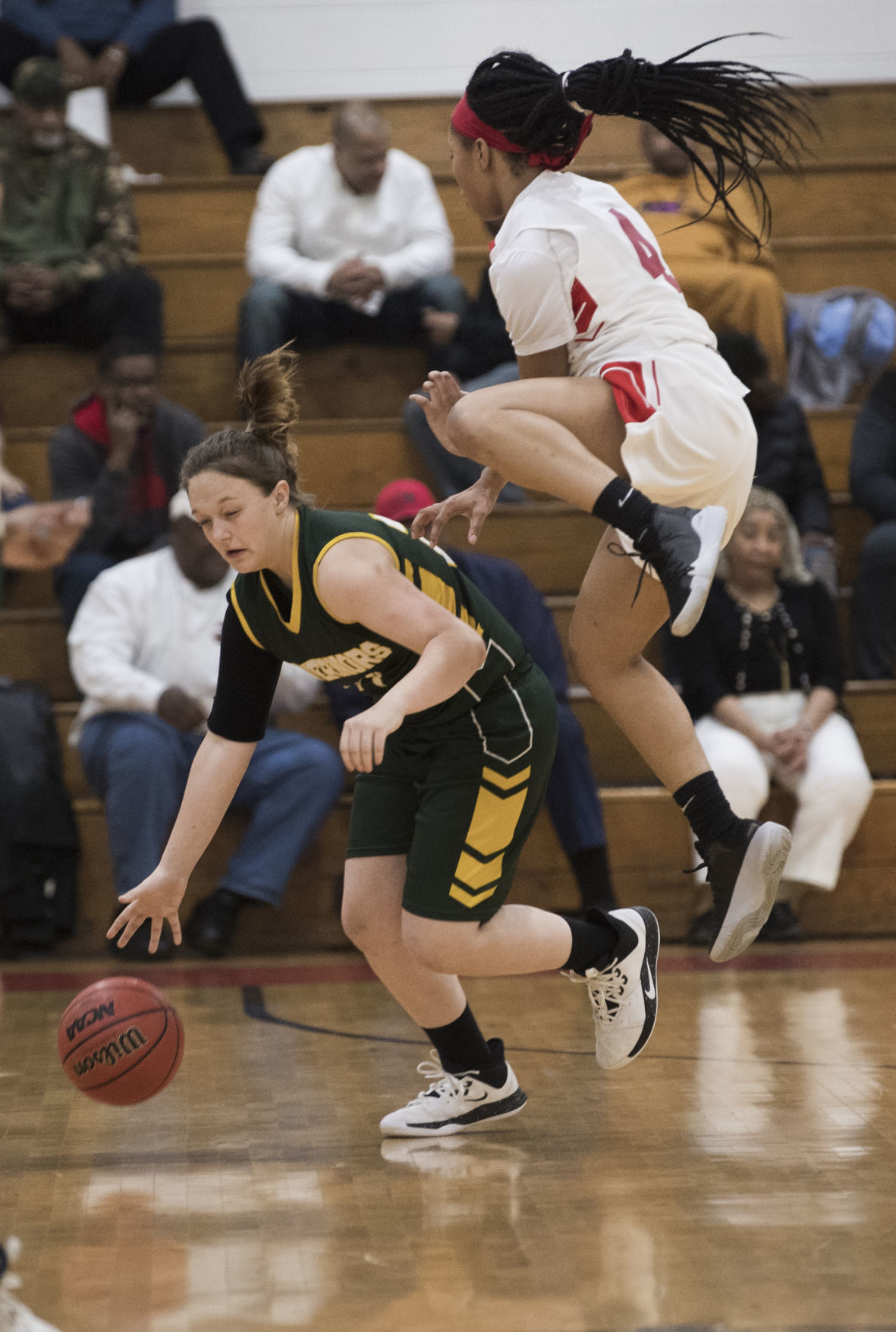 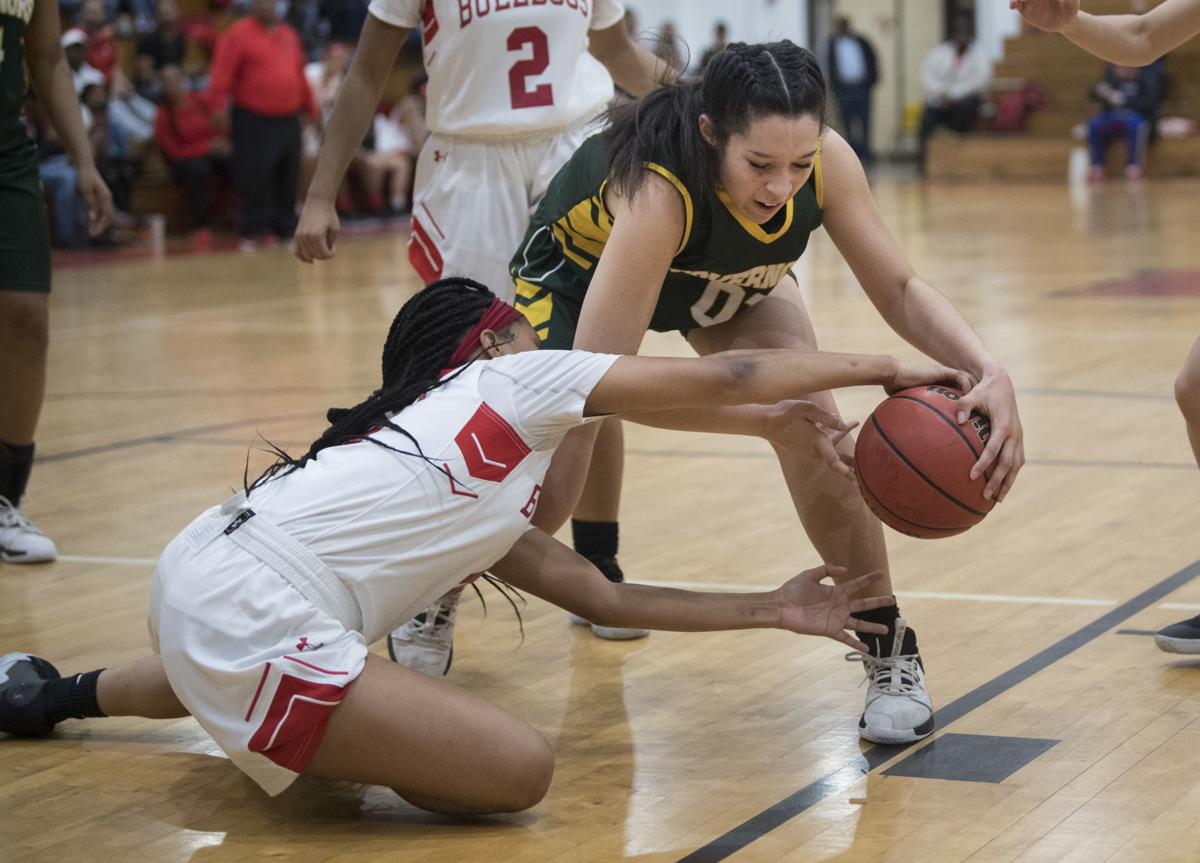 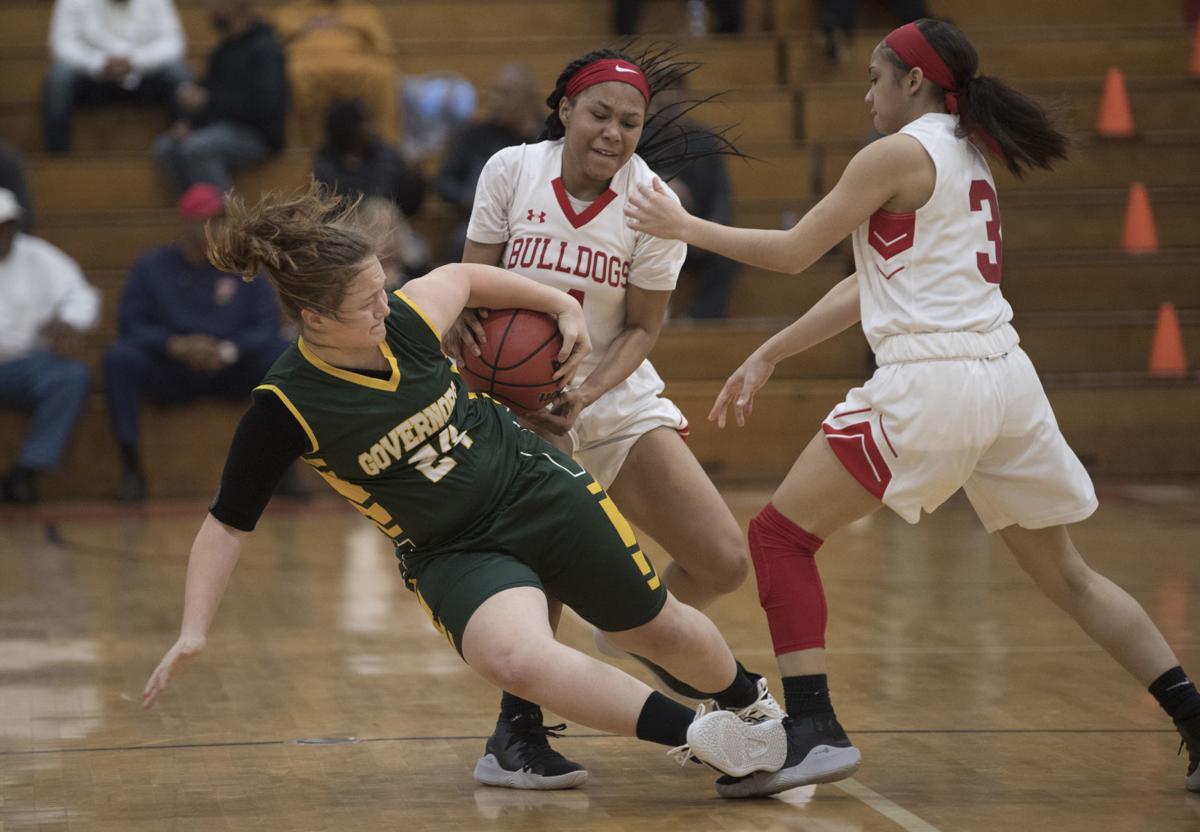 The Lady Govs basketball season came to an end last week in the Region 2C quarterfinals at the hands of the host team Martinsville, 45-43, with the Nelson squad almost pulling off a miracle finish.

With .2 seconds on the clock, Nelson threw the ball the length of the court but the pass was a bit too much to handle, giving the home team the victory.

The Martinsville High School gym is located in the middle school, which is the old high school.

Its an old school look with wooden bleachers on all four sides and the walls are covered with championship banners from the past teams. It’s known as the Dog House.

The Lady Govs played like they couldn’t care less about the historic gym as they took the Bulldogs out for a walk with a early 11-8 first quarter lead.

Nelson coach Petey Vaughan was treated to an early techinical foul and had to coach the majority of the game from his seat.

Once a coach gets a technical foul he or she can no longer stand.

The Lady Govs and the Bulldogs played a very physical game that was overloaded with sloppy ball handling that resulted in a plethora of turnovers from both sides.

“It was a tough matchup but we took the challenge getting out on the Bulldogs with a early lead in the first quarter; the Bulldogs’ pressure defense disrupted our offense game plan and force turnovers,” said Nelson coach Petey Vaughan. “I was proud of my girls the way they responded. And never gave up. They played hard to the end. As a coach that’s all you can ask for. It’s sad how the game ended but I’m still proud of them.”

The second half score flipped several times but in the end when the clocked ticked off its last .1 second the Martinsville girls won and would move on to the next level of post season play.

The Nelson offense sank four three pointers, two by White and one each from Randolph and Martin.

Lady Gov Anayaih Randolph gets fouled by a Martinsville defender.