Nelson County Sheriff David Hill and Major Larry Cindrick have had legal fees reimbursed by the county after both appeared before the Nelson Board of Supervisors in February to request the board do so.

Hill asked supervisors in February to recognize Virginia Code sections that allow a governing body to reimburse all or a portion of a sheriff or sheriff’s deputy’s legal fees from its treasury if the sheriff or deputy is “arrested or indicted or otherwise prosecuted on any charge raising out of any act committed in the discharge of his official duties,” and the charge is then dismissed or there is rendered a verdict of not guilty.

Virginia Code also dictates that if those circumstances are met, the Virginia Compensation Board will repay the locality two-thirds of the reimbursed amount.

At the February meeting, Hill told supervisors he could not comment on what the request was about in detail because it involved an active investigation.

Supervisors voted unanimously after Hill’s request to commit to paying such expenses if the code sections were met.

Documents from the board’s regular September meeting suggest the board did so for Hill and Cindrick in connection with an Aug. 26, 2021 incident at Nelson County High School. A minute-long video taken that day and shared on social media showed Hill and Cindrick pinning a then-NCHS sophomore to the ground and struggling to handcuff him, while onlookers shouted. The student had two of his teeth chipped in the struggle and later was detained. The school division has said the student became confrontational; his mother has said he was checking on his cousin who was involved in a fight that officers broke up.

“No charges were placed, per the declination of the special prosecutor,” Geller wrote.

The September supervisors’ meeting packet includes a copy of a Feb. 24 email from Roanoke law firm Fishwick & Associates to Hill, confirming the firm would represent him “in regard to any investigation conducted, including that by Virginia State Police (“VSP”) and/or the Attorney General’s office (“AG’s”), pertaining to an incident at the Nelson County High School involving [words redacted], on or about Aug. 26, 2021.”

“We are pleased with the outcome,” the letter reads.

Hill then sent a letter to County Administrator Candy McGarry on Aug. 1, requesting, as per the board’s February decision, that he be reimbursed for the final bill he paid to Fishwick & Associates PLC for legal services. His office also requested $1,062.50 be reimbursed to Cindrick for legal services rendered — an invoice for Cindrick’s services from Lynchburg attorney Scott De Bruin also was in the supervisors’ meeting packet.

Line items for $13,678.78 and $1,062.50 are listed as transfers from the general fund in a budget amendment supervisors approved at their Sept. 13 meeting. In an attached budget amendment explanation from the packet, both figures are identified as reimbursements for Hill and Cindrick’s legal fees.

Interviewed after the meeting, Hill neither confirmed nor denied that the legal fees were related to the NCHS incident.

He said the last year had been “eye-opening” and added when “just a little snippet is put out there without the full, total picture,” people will draw conclusions.

“We have the same rights as anyone else accused,” Hill said.

A gem of a shop in Nelson County

David Lipscomb got into rocks after he struck gold — fool’s gold — at a construction site in Charlottesville.

The next owner of 79 S. Powells Island Road gets a four-bedroom wood frame house, about 10 acres of open fields, more than 800 feet of Tye Riv…

A traffic detour at the roundabout construction project at U.S. 250 (Rockfish Gap Turnpike) and Virginia 151 (Critzer Shop Road) in Albemarle …

The Virginia Department of Transportation’s Lynchburg District will temporarily close a section of Virginia 718 (Mountain Cove Road) near U.S.…

The Blue Ridge Medical Center in Arrington will receive $500,000 as part of federal funding the U.S. Department of Health and Human Services (… 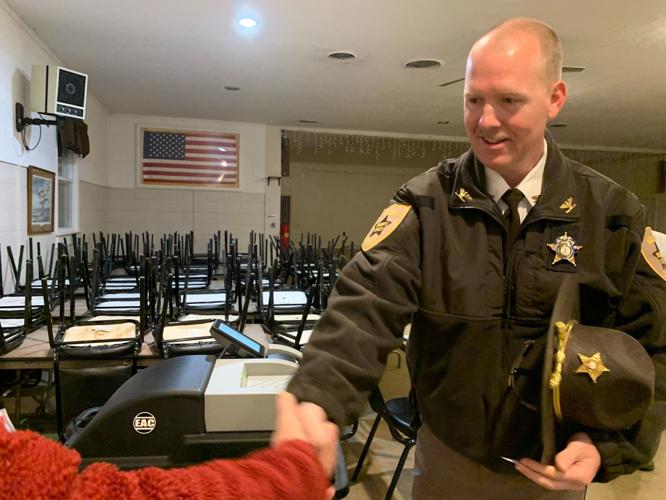 Nelson County Sheriff David Hill gets his "I Voted" sticker after voting in the November 2019 election. 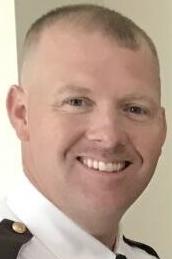