After playing a spring season, high school football teams gear up for quick turnaround
0 Comments
Share this
1 of 2 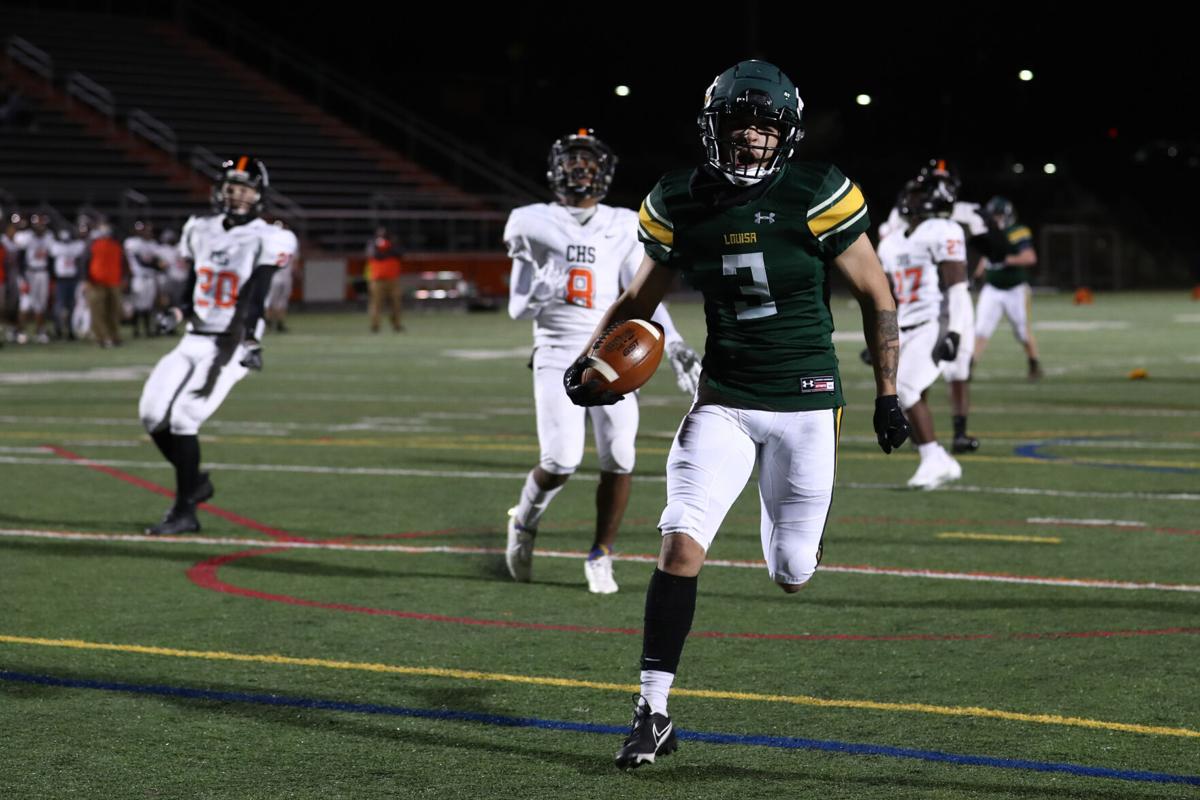 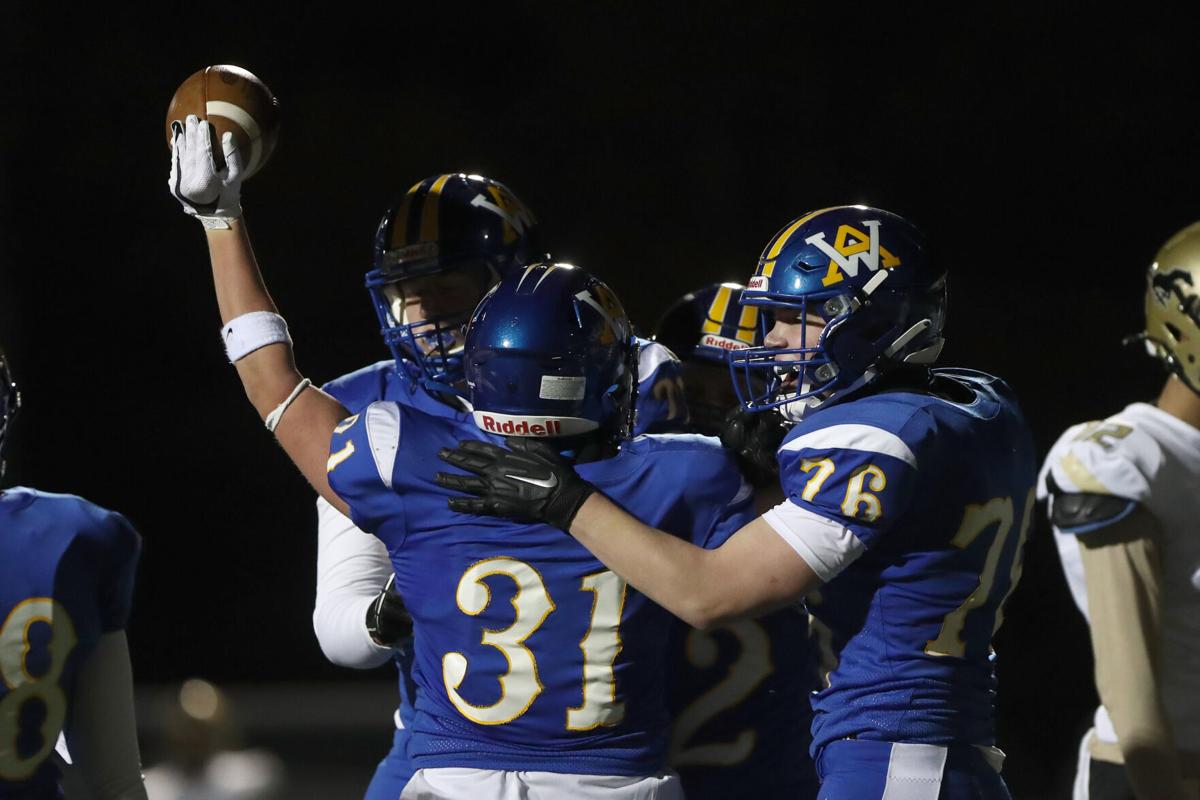 High school football games on Friday nights in the fall are special on many high school campuses.

For Fluvanna County football coach Mike Morris, those games served as a rite of passage.

“I’ve been involved with football as a player and coach since the fifth grade,” Morris said. “I still get nervous and excited when the summer comes to an end.”

After an altered 2020-21 school year that included shortened seasons in all sports and fall sports being shifted to the spring because of COVID-19, the Virginia High School League returns to its traditional athletic schedule for the 2021-22 school year, highlighted by a return of fall football.

“It’s going to be great to have football back in the fall,” Morris said. “It starts in the heat of the summer then transitions to the cool fall air. If you’re lucky, you might even practice or play in some snow. ...

“Football is meant to be played in the fall.”

It’s been a whirlwind five months for Central Virginia coaches as they tried to adjust to playing a condensed spring football season, which meant a dramatically shortened offseason.

“This is certainly a quick turnaround,” Hicks said. “Our spring athletics ended just a couple of months ago, so our offseason summer programming has still been far from typical. We have an incredibly young team, so the quick turnaround may help with retention to concepts and techniques.”

In addition, with so many of his players also competing in spring sports, Hicks encouraged his players to take time of to recover from what was a challenging athletic year.

“Many of our players and their families needed so much needed time away after three seasons in six months,” he said. “We had about 20 guys consistently throughout the summer, with some major spikes in certain weeks.”

Like Hicks, Nelson County’s Darrin McKenzie and Madison County’s Larry Helmick made their varsity coaching debuts at their respective schools this past spring. Both coaches admitted that it was tough not having an opportunity to fully implement their programs because of the pandemic.

“It was hard to keep guys engaged at first because it was the hard part of football, but the closer to the season, guys started to get excited about being back in football mode,” McKenzie said. “We didn’t have a lot of guys come to workouts until the end of the offseason workouts, but we typically have a good number of guys that work out with us during the offseason.”

“We are handling it well,” he said. “We didn’t have the [spring] season we desired, but we love being out there and we want to get better every day. The biggest adjustment is still having to deal with COVID and not knowing what tomorrow brings. Luckily, we were able to play this past spring, so we are prepared for another COVID football season.”

For McKenzie, the physical challenge of football wasn’t the only obstacle facing him and his staff last spring.

“We just didn’t have any time to teach,” he said. “We had to go straight into teaching plays and that was without some of my staff and key players because they were coaching or playing basketball. It’s normal and it gives me a quick turnaround to learn from the mistakes I made in the spring.”

But there were also plenty of positives to come out of playing last season too.

“I think it is great to have played in the spring,” Morris said. “That short turnaround has done wonders for players retaining information and staying in football shape. Soon as the season was done, we were right back at it in the weight room and conditioning.”

Western Albemarle coach Ed Redmond said it’s been business as usual for his program this offseason. The veteran coach said he had approximately 50 players participate in the offseason program and has been pleased with the results.

“Players and coaches have done a good job getting back quickly,” he said. “We began lifting in May and trained through the summer. Our guys are always engaged in their workouts and our strength coach does a great job with them. Guys have been working hard, together and for each other.”

At the private school level, Fork Union Military was the only school to play an entire slate of games last season. Many programs, including St. Anne’s-Belfield, were limited to just one game due to the pandemic.

“We were expecting to play 11-man football again last fall and had 12 seniors ready to take that on,” he said. “Going into this fall, we are excited to be playing 11-man again, but in reality, a lot of the players were not part of playing 8-man, so there is really a small transition. Simply put, I think everyone in our program and school community is excited to have Friday night football games again.”

New William Monroe football coach Mitchell Morris also faced a big challenge as he took over the reins at his alma mater with just a couple of months to prepare for his first season.

“The quick transition has definitely affected certain aspects of the program. We were unable to get in a full offseason of strength and conditioning with the guys, so we are entering the season behind in that regard,” he said. “It also hasn’t helped with getting kids out for the program because some kids were all virtual [learning] last year. It was difficult to gauge the numbers in the program at the start of the season. The biggest adjustment would have to be how we conduct our strength and conditioning program. We are still limited to how many players we can have in the weight room at one time, so we have had to get creative with our in-season lifting sessions.”

Last March, William Monroe had its season cut short because of COVID-19 contact tracing within the program. Two months later, the Greene Dragons mourned the death of one of its players during a family vacation.

For Morris, football this fall gives his team a chance to get back to the usual routine.

“It is great to be back out on the field with the kids,” Mitchell Morris said. “Obviously, it’s still not ideal circumstances, but we are eager for the start of the season.”

McKenzie did admit there were some positives about playing football in the spring, but is happy that high school football has returned to its rightful spot on the calendar.

“I will miss the days in the spring where the heat wasn’t an issue, but this just feels right. That first game in late August will bring a little bit of normalcy.”

Nelson shut out for second week against William Campbell

William Campbell had a drive stall in Nelson County territory Oct. 7, and Generals coach Danny Broggin heard something strange come from his s…

Lady Govs volleyball picks up trio of victories in a week

The Lady Govs volleyball squad showed its strength last week by winning all three games, including a pair of Dogwood District victories.

The Lt. Govs’ football squad hosted Monticello last week and was defeated, 28-8, in front of a large high spirited crowd.