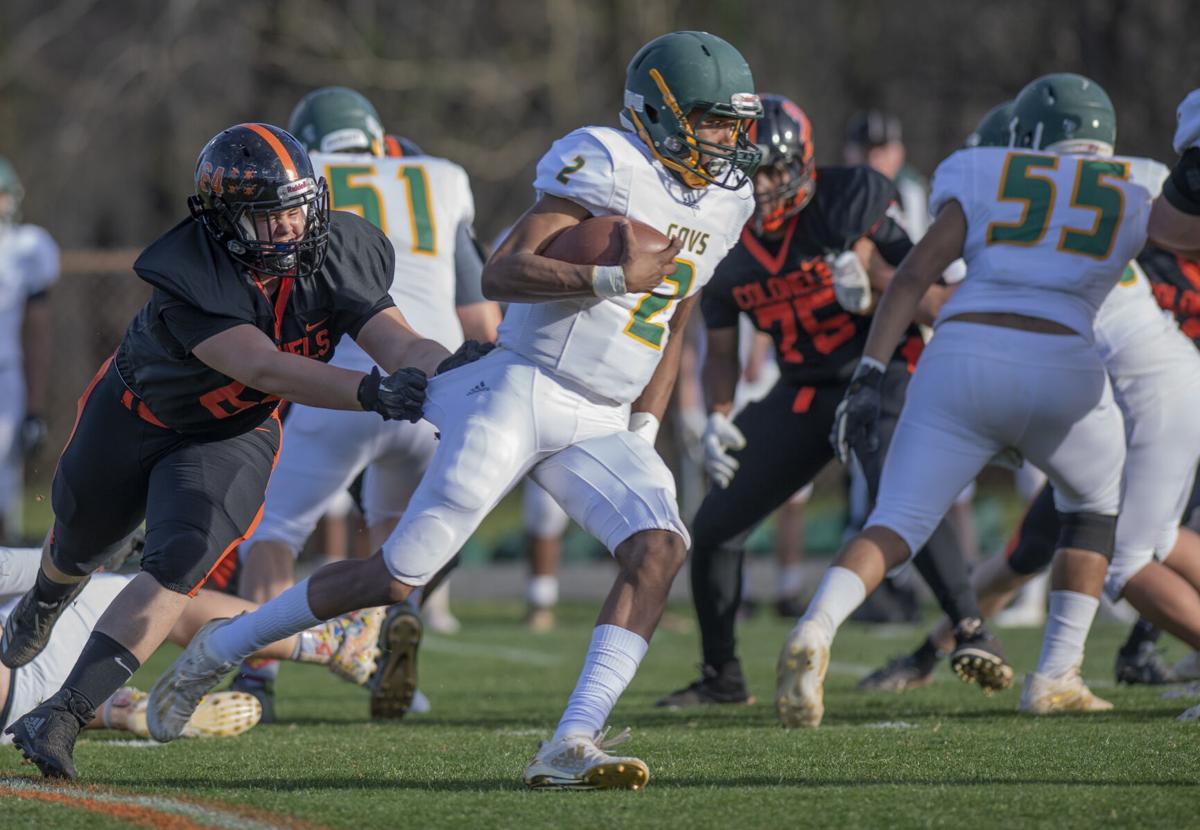 Govs quarterback George Brown runs the ball with an Altavista defender hanging on. 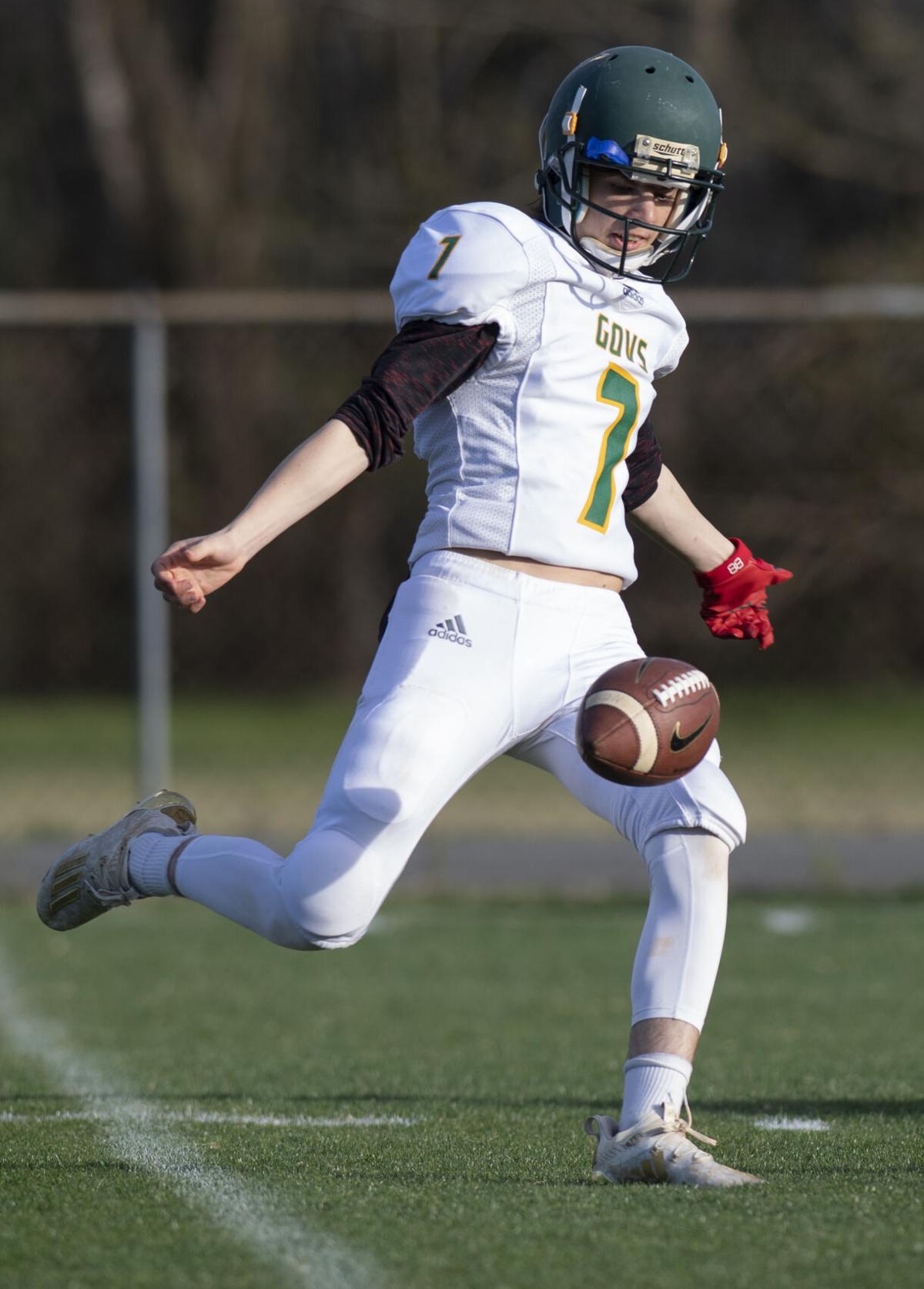 Nelson's James Lloyd punts early in a game at Altavista in the spring 2021 season. 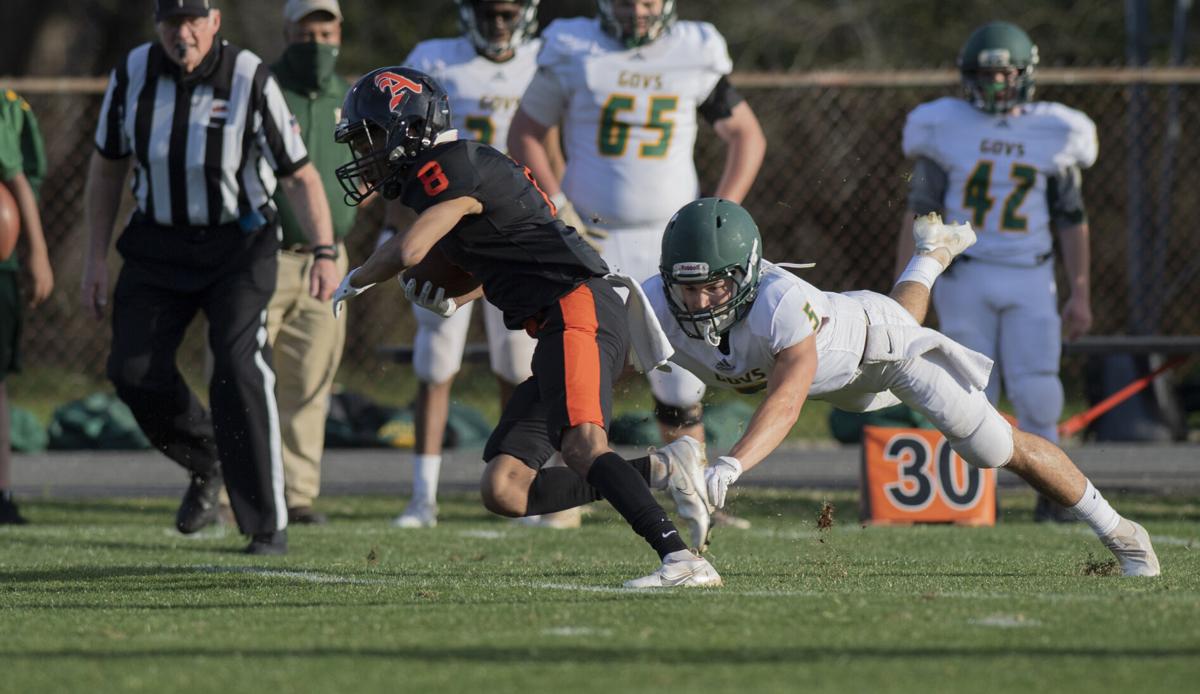 Jones scored a rushing touchdown, delivered a touchdown pass to Makel Stone and tallied a 52-yard punt return score as the Colonels (2-3) avenged a 22-21 loss to the Governors (1-4) on March 6.

George Brown (5-of-15 passing for 88 yards) and James Lloyd (2-of-6 passing for 102 yards) each threw a touchdown pass for Nelson. Robert Morris had 116 receiving yards and a score on five catches. Brown rushed for 47 yards on 10 carries and Jonathan Oneida added 39 rushing yards on 13 attempts.

The Nelson golf team has played Amherst twice this season and both times the matches were cut short due to bad weather.

High school football games on Friday nights in the fall are special on many high school campuses.

Govs quarterback George Brown runs the ball with an Altavista defender hanging on.

Nelson's James Lloyd punts early in a game at Altavista in the spring 2021 season.