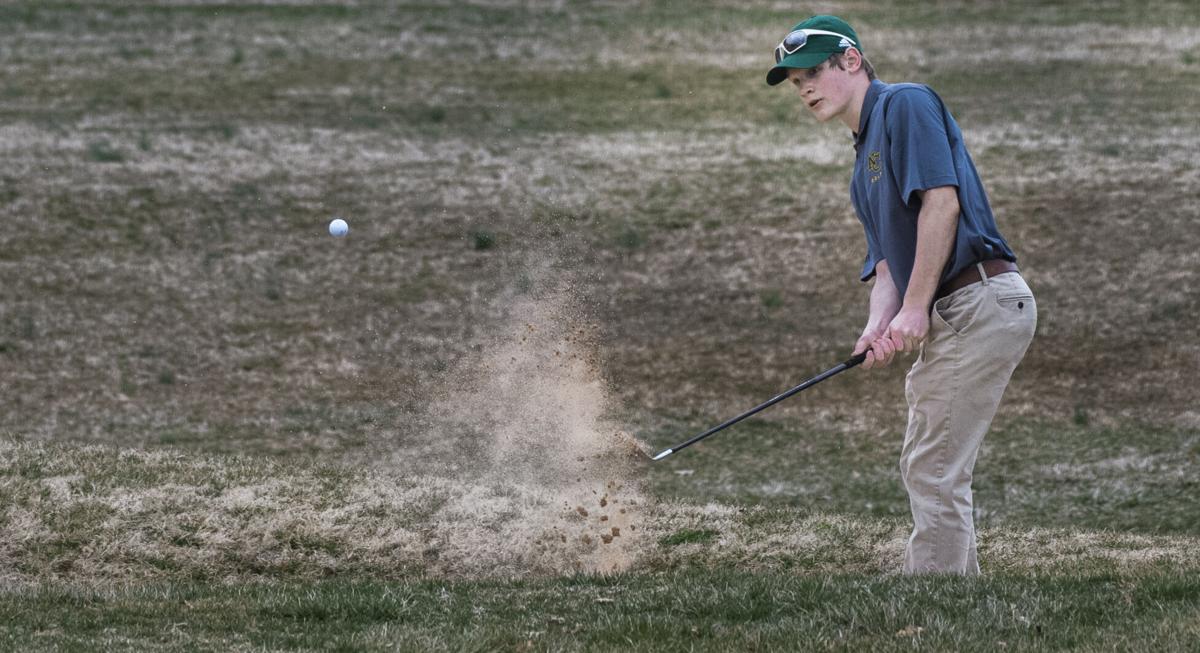 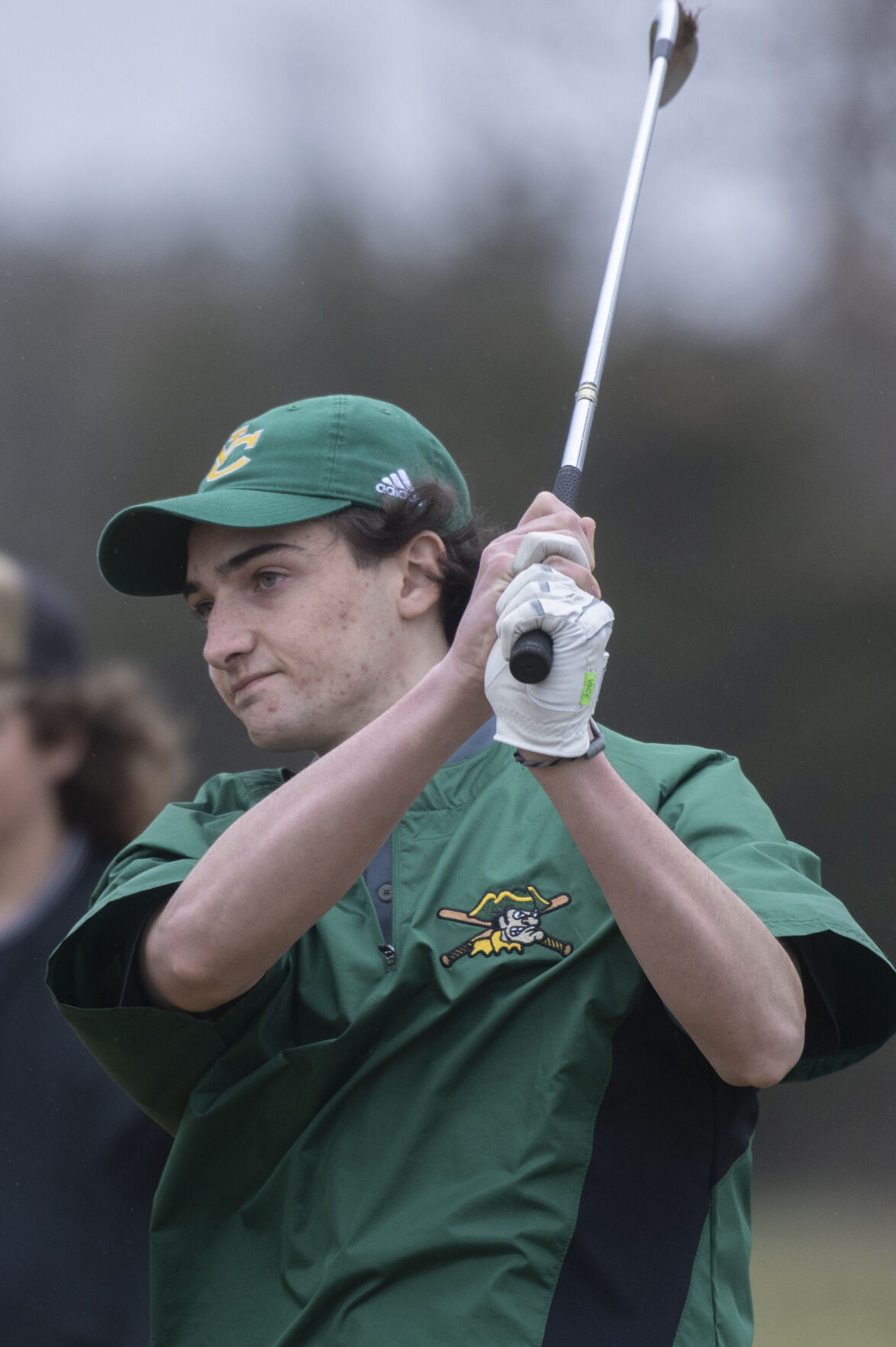 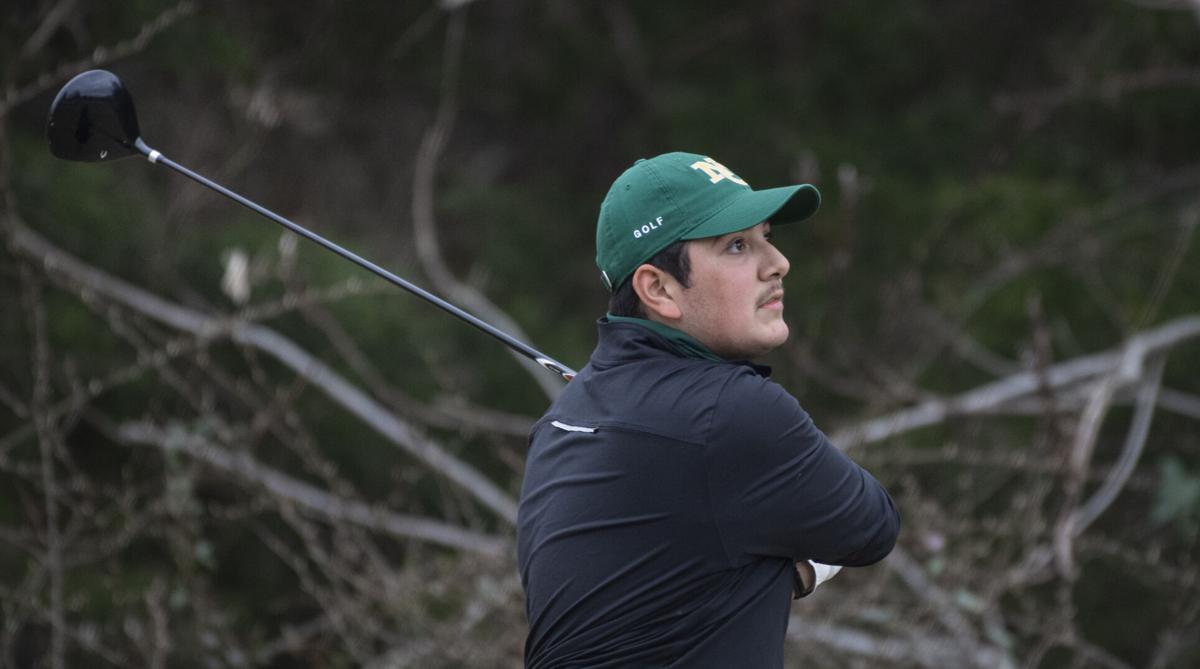 Nelson’s Cesar Ibarra follows his drive on hole No. 2 at Winton Farm. 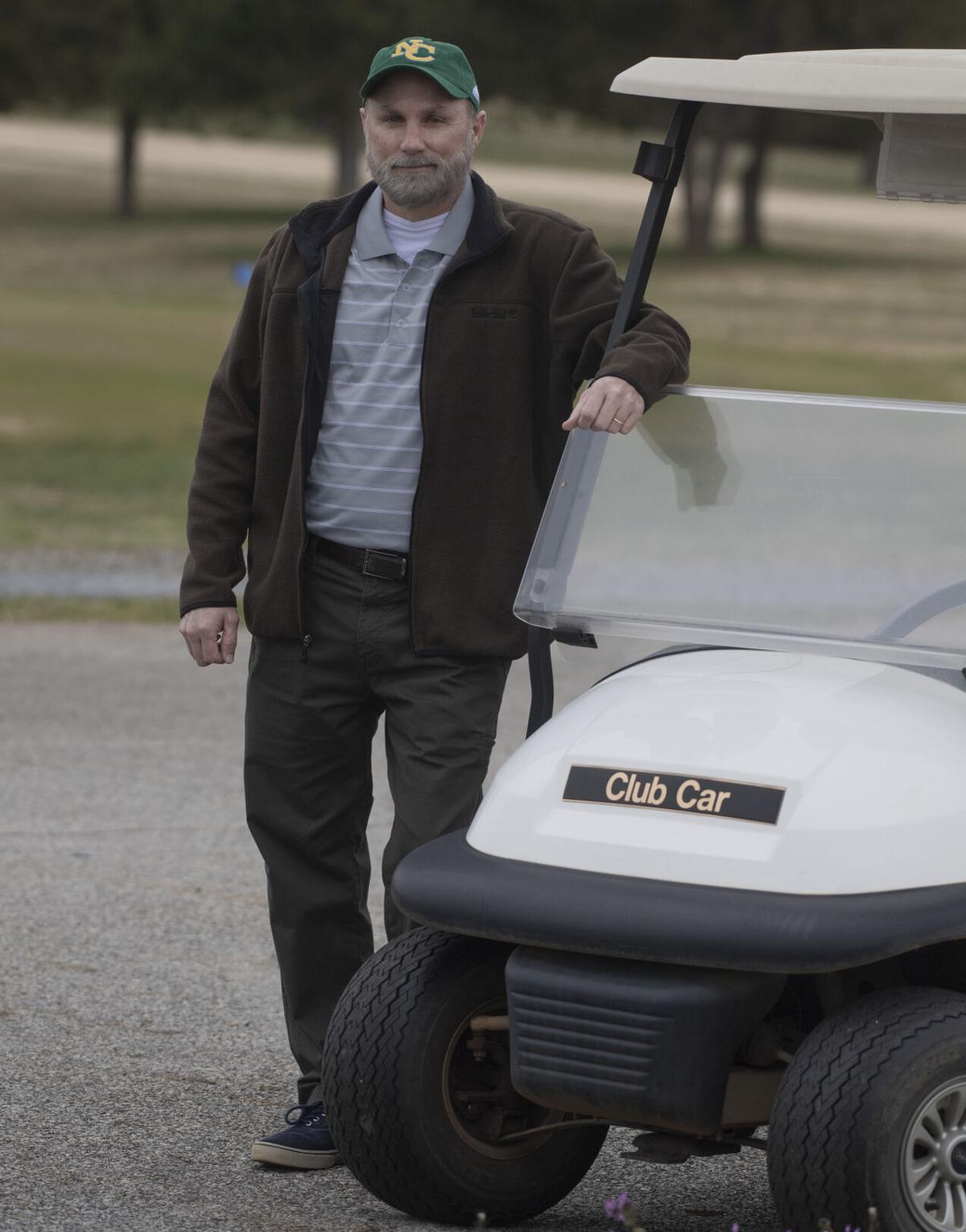 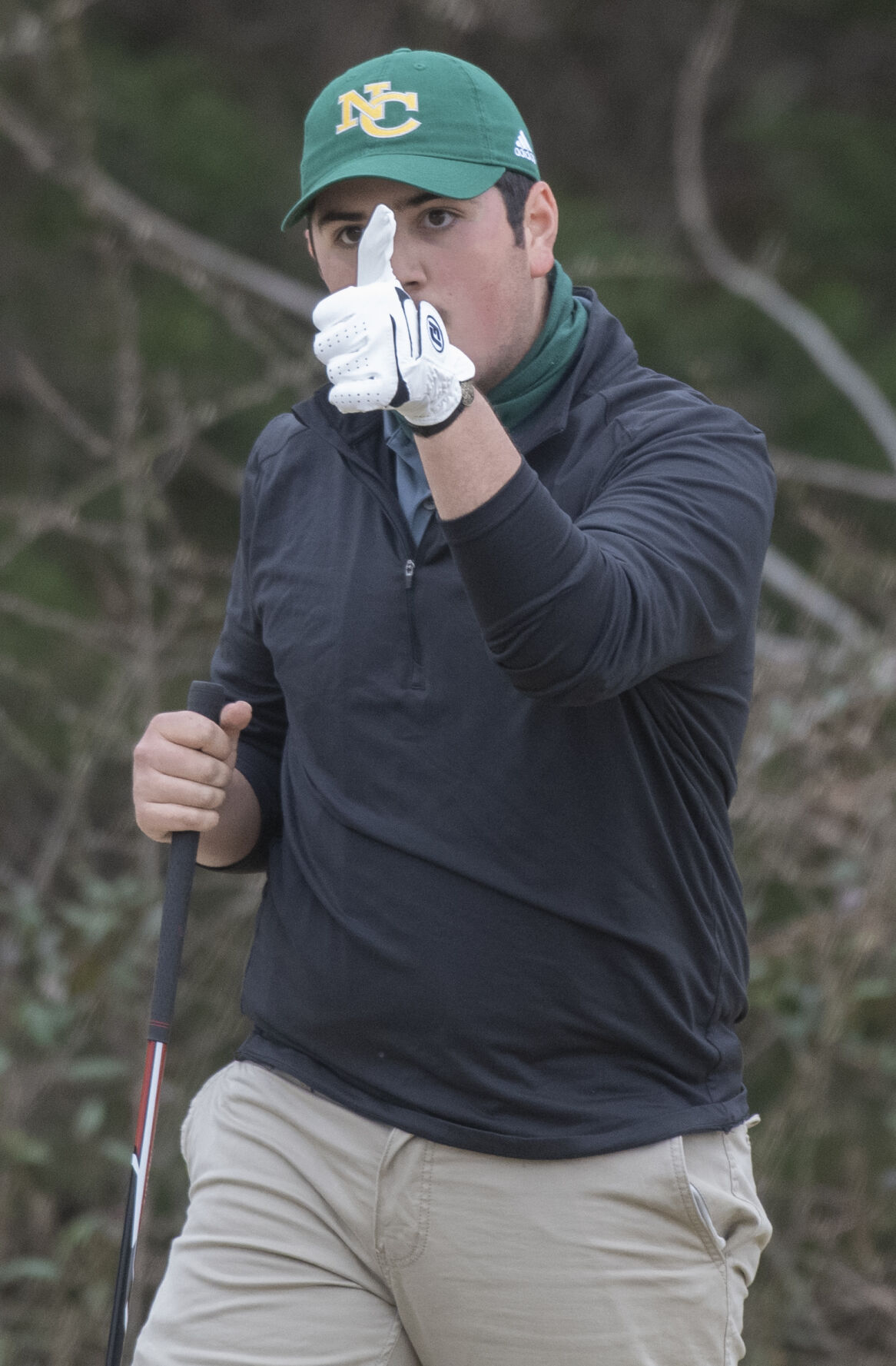 Cesar Ibarra gives his coach Tom Allen a thumbs up after his shot during a recent match against Dan River. 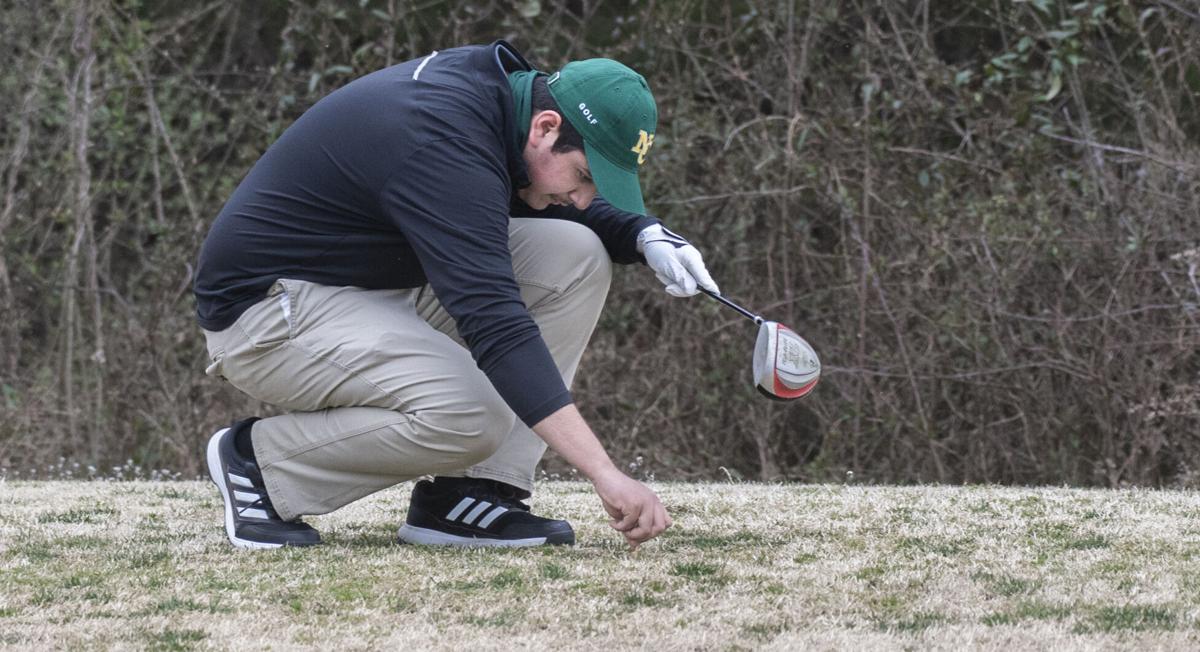 Govs Cesar Ibarra sets his ball during a match against Dan River. 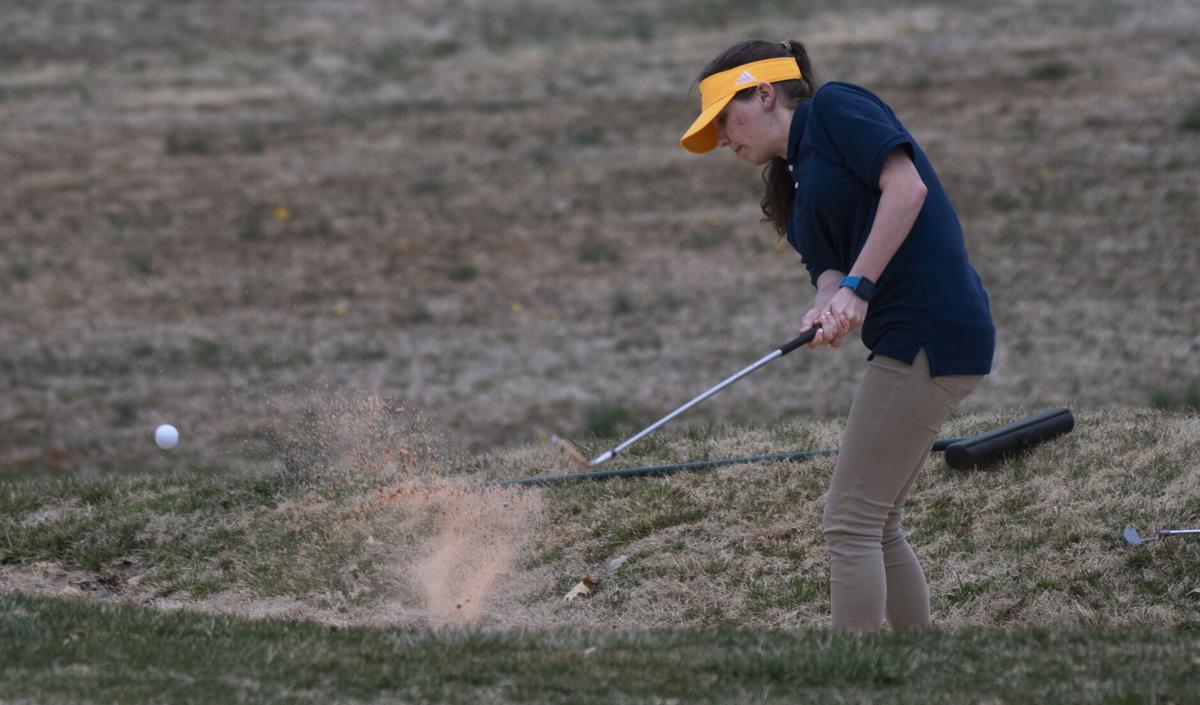 Raelyn Allen gets out of the sand trap against Dan River. 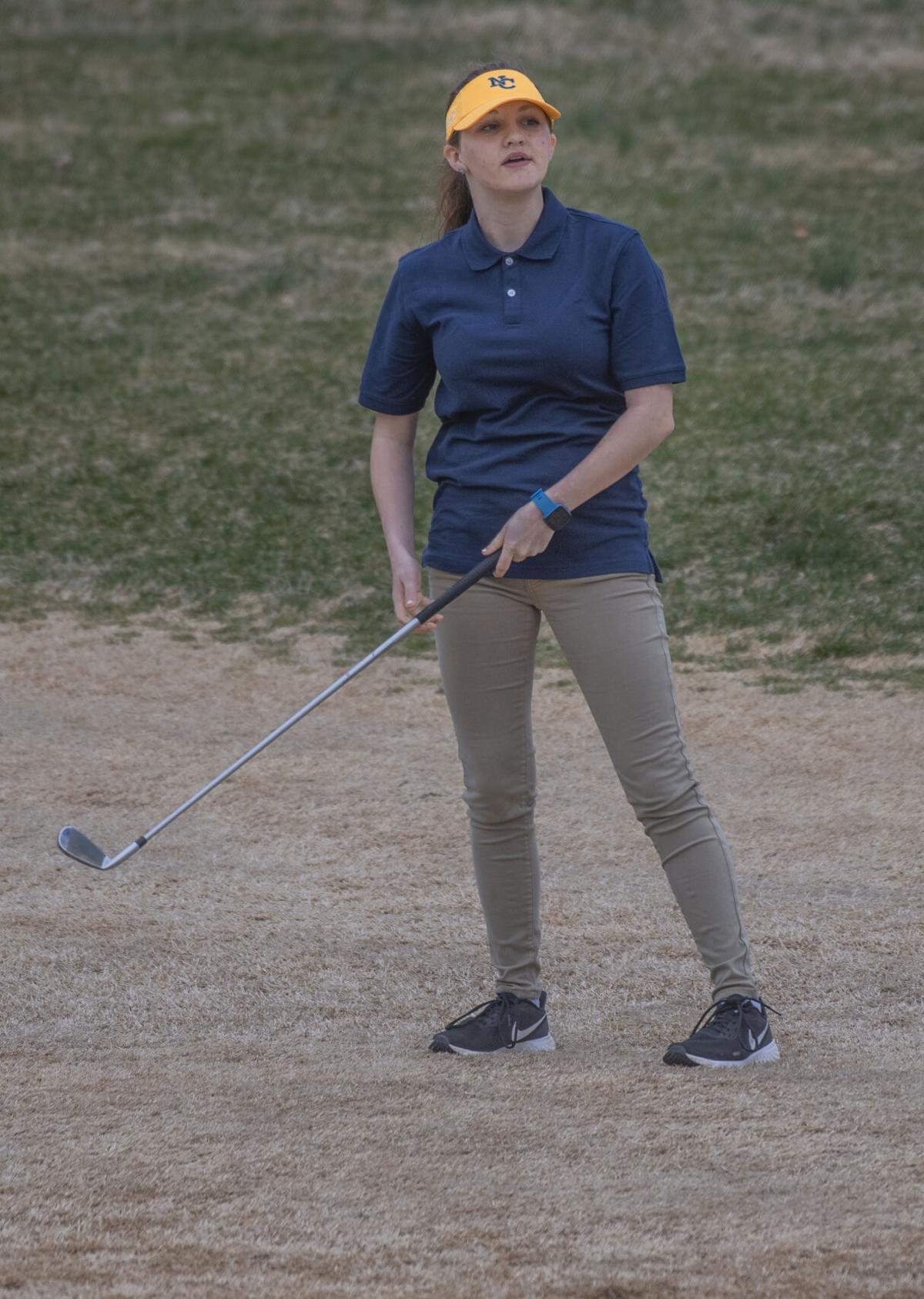 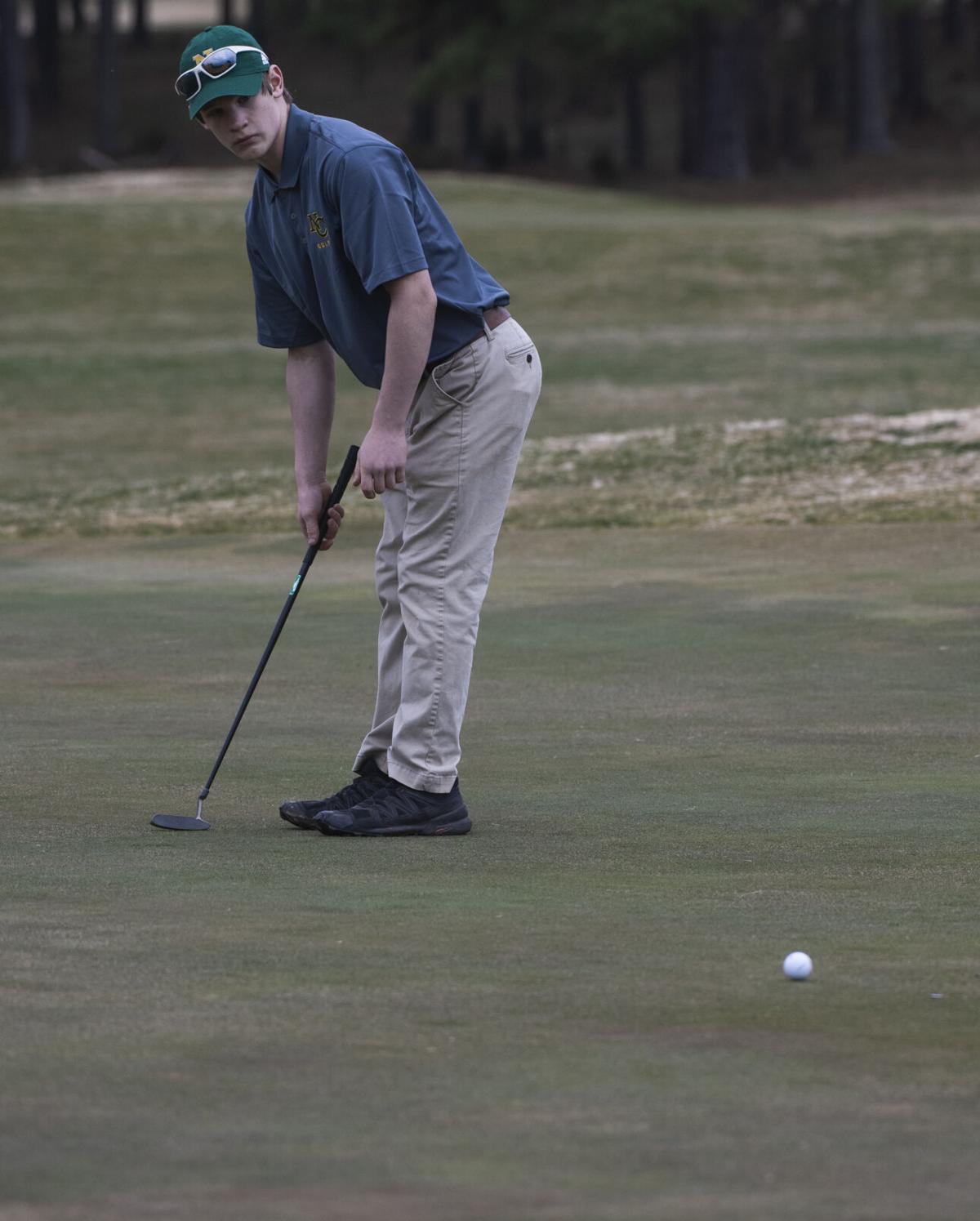 Nelson County High School’s golf team, like many of the other Govs sports, has a new coach this season. Tom Allen has taken over the duties.

Allen started playing golf when he was 10 years old having grown up in Virginia Beach where he attended Floyd E. Kellam High School. In his junior and senior years in 1982 and 1983 Allen played on the school team as was able to get in lots of practice as he rode his bike to the local city course.

“As a first-year coach, my primary goal is to provide opportunities and guidance to foster growth for my current players. I inherited a young team of beginner-level golfers who may be green but have a lot of potential,” Allen said. “My secondary goal is to discover and recruit hidden talent from our current high school students as well as upcoming middle schoolers.”

In high school golf only the top four golfers’ scores are used for the totals.

The Govs golf team has only four players, so for Allen’s first season he can give each golfer plenty of attention on their techniques.

“The other teams in our district carry a minimum of eight players; some have as high as 12 players to choose from,” said Allen. “We are currently limited to four. I am hopeful that I will be able to have better success with recruitment now that students are about to return to in-person learning.”

Allen breaks down his roster with comments on each player.

Elijah Hunt: “Elijah is a returning player from last year and will be graduating in May. As a returning player, Elijah fulfills the role of team captain and is a willing mentor to his teammates. He plans to join the Air Force after graduation.”

Cesar Ibarra: “Cesar is new to the game of golf but has caught on quickly. As in his studies, Cesar demonstrates a sincere determination to succeed. He plans to attend college after graduation in May.”

Raelyn Allen: “Raelyn is a current sophomore who enjoys being active and fiercely competitive. She is new to the game but demonstrates great potential to be a formidable contender for years to come. She also participates in varsity soccer.”

Jonathan Brantley: “Jonathan is a current freshman who learned the game by playing with his father. He is determined to improve his technique and handicap and has great potential to contribute to the growth of the team over the next three years.”

On March 23, Nelson had a score of 230 while competing with Dan River High School, which had a score of 177. Individual scores for the Govs included Brantley-48, Hunt-59, Allen-61 and Ibarra-62.

Mistakes doomed Dan River in the first two sets, and Nelson prevailed in a back-and-forth third set to capture a 3-0 victory in the first roun…

The COVID-19 pandemic delayed the start of the volleyball season by several months and after a shortened season the virus struck again, ending…

The Lady Govs volleyball squad had a full slate of games last week and would end up going 2-1 in Dogwood action.

Nelson’s Cesar Ibarra follows his drive on hole No. 2 at Winton Farm.

Cesar Ibarra gives his coach Tom Allen a thumbs up after his shot during a recent match against Dan River.

Govs Cesar Ibarra sets his ball during a match against Dan River.

Raelyn Allen gets out of the sand trap against Dan River.