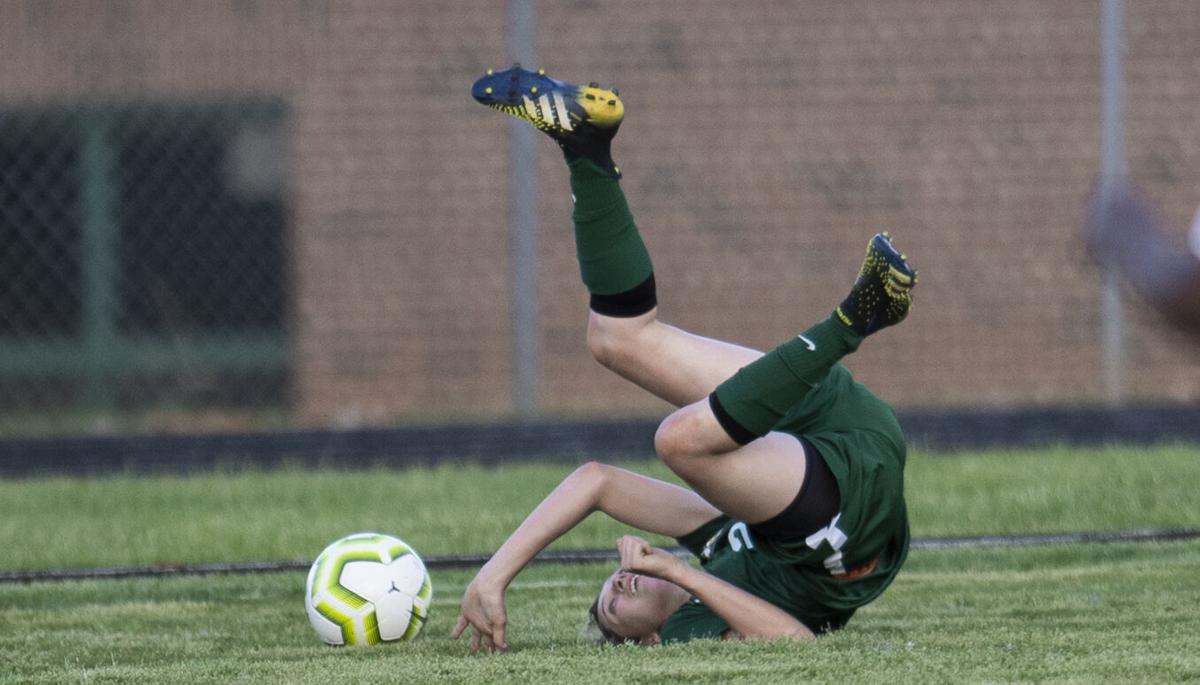 Lady Gov Summer Scruggs takes a tumble near the net after hustling down field against Altavista last week. 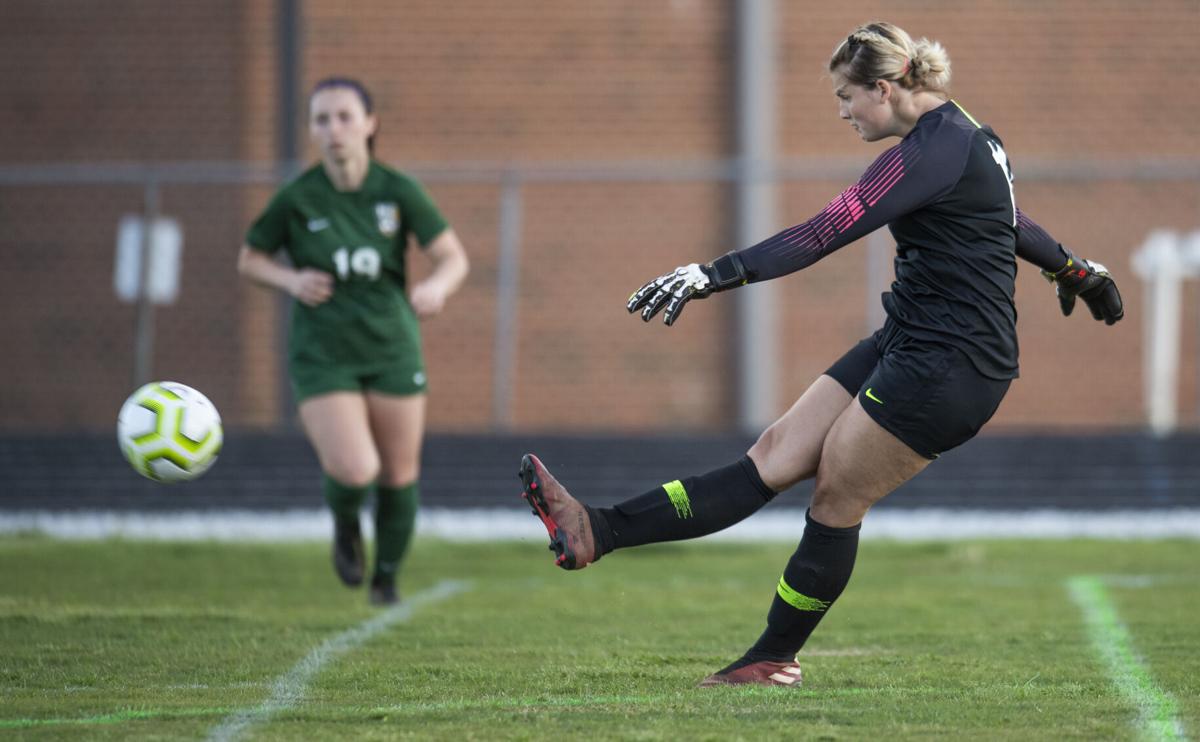 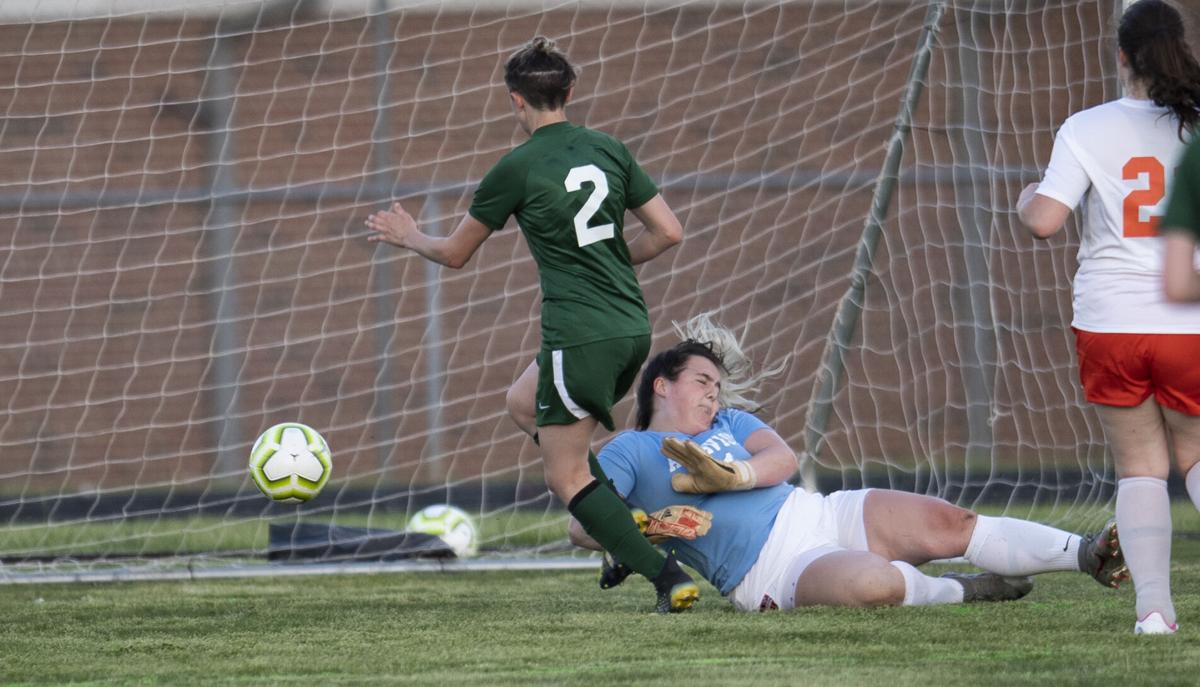 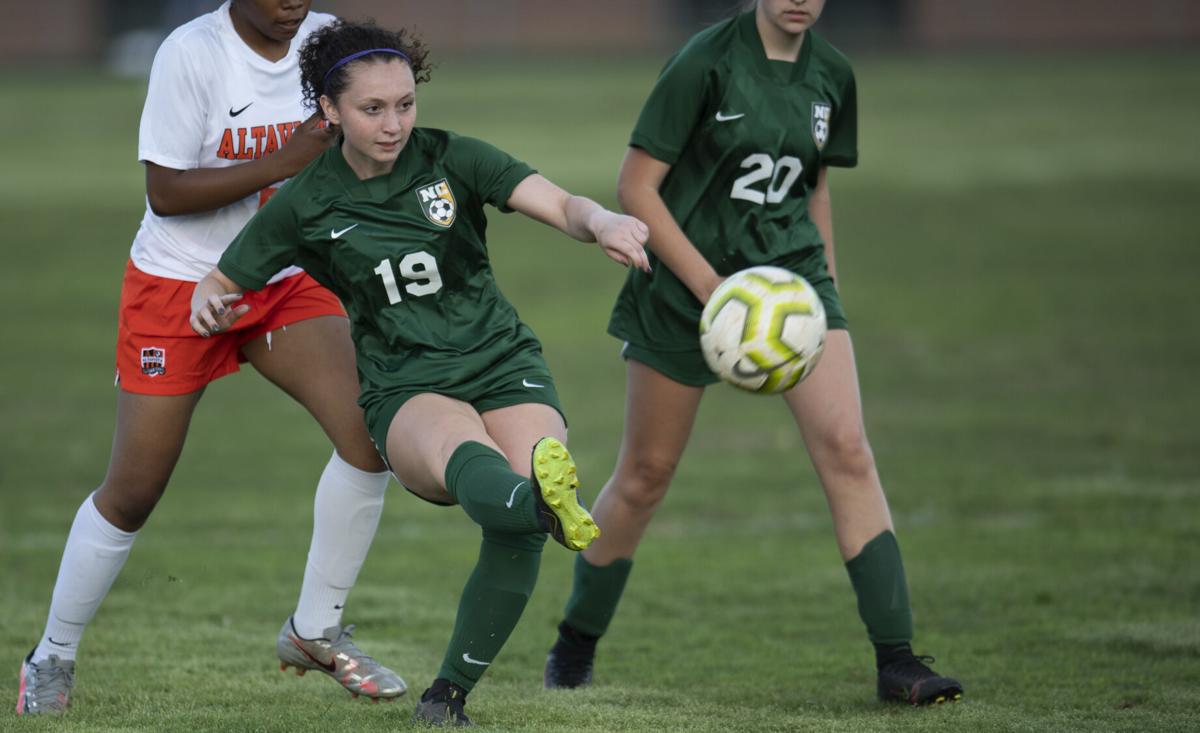 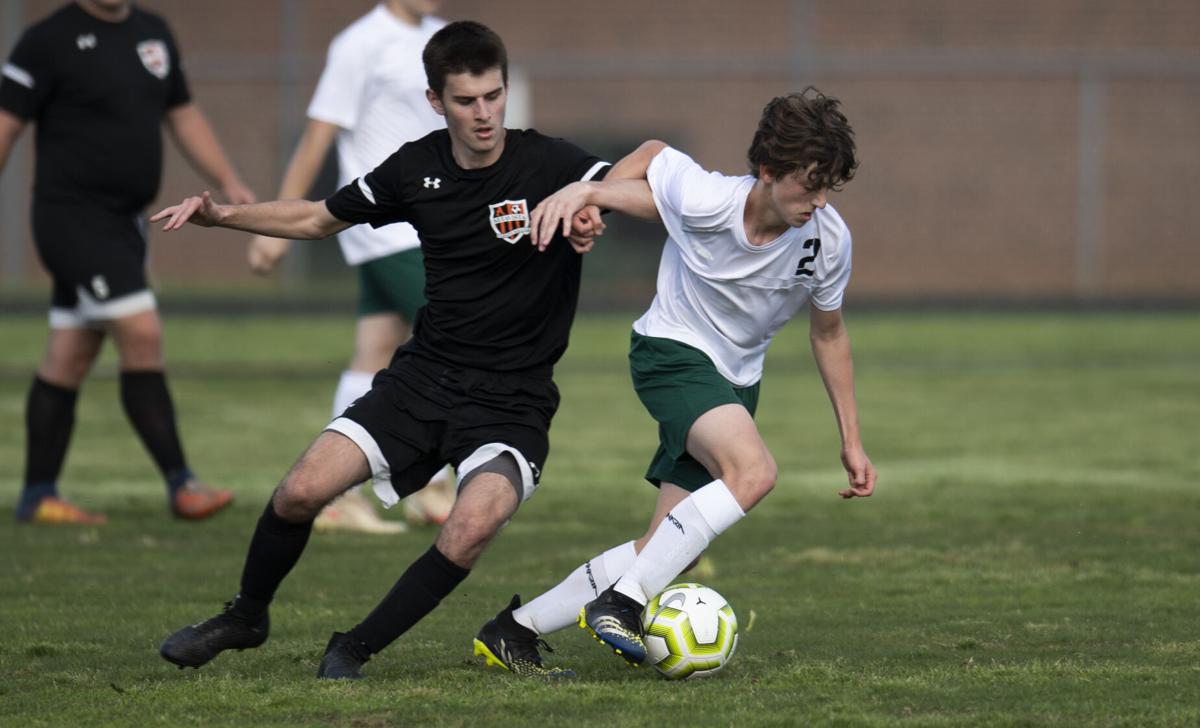 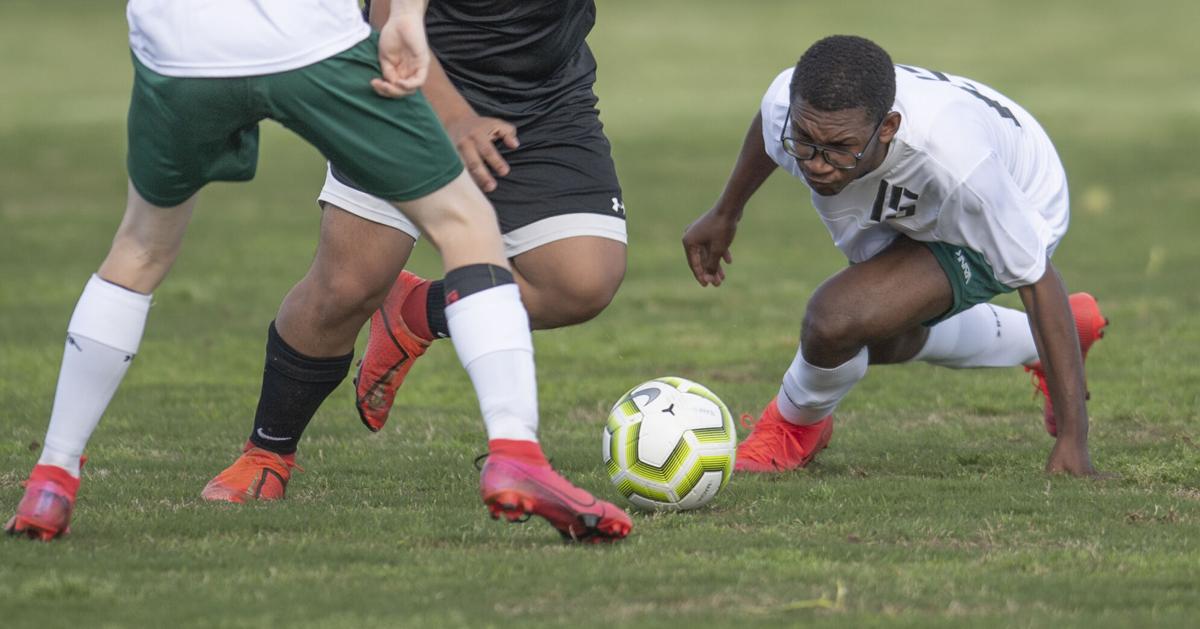 Gov player Joell Hubbard maintains his balance while hustling after the ball against Altavista.

The Lady Govs soccer team rolled past Altavista on May 5 in 10-0 blowout. Lauren Armstrong boosted in half of the goals followed by Summer Scruggs with three.

Goalie Rylee Truslow has an easy night with only one save in the blowout.

"The girls played well in the in their first game of the season," said Nelson coach Bryan Ferren. "They worked together as a team on the offensive and defensive side of the ball. We gave them objectives to trap in Altavista on their side of the field, to find different points of attack by spreading the field on offense and to incorporate Rylee, our keeper, as part of the offense to relieve the pressure on defense and start some attacks. They did these things well, it was enjoyable soccer to watch."

The boys soccer team also won, 9-1, over Altavista on May 5.

The Madison Heights 15U all-stars had a chance to try out their new mandatory turf cleats before heading to Louisiana for the World Series.

The Madison Heights 15U All-Stars captured the state title last week and earned a trip to the Dixie World Series in Sterlington, Louisiana, in…

Lady Gov Summer Scruggs takes a tumble near the net after hustling down field against Altavista last week.

Gov player Joell Hubbard maintains his balance while hustling after the ball against Altavista.