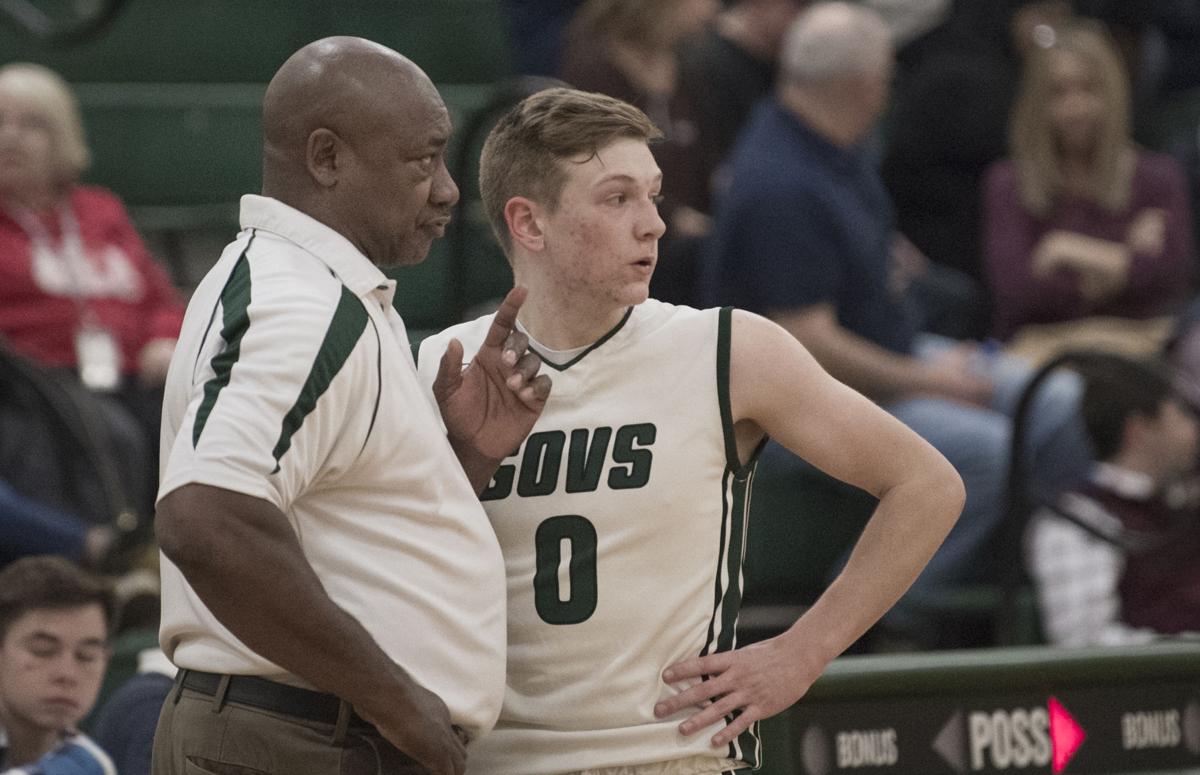 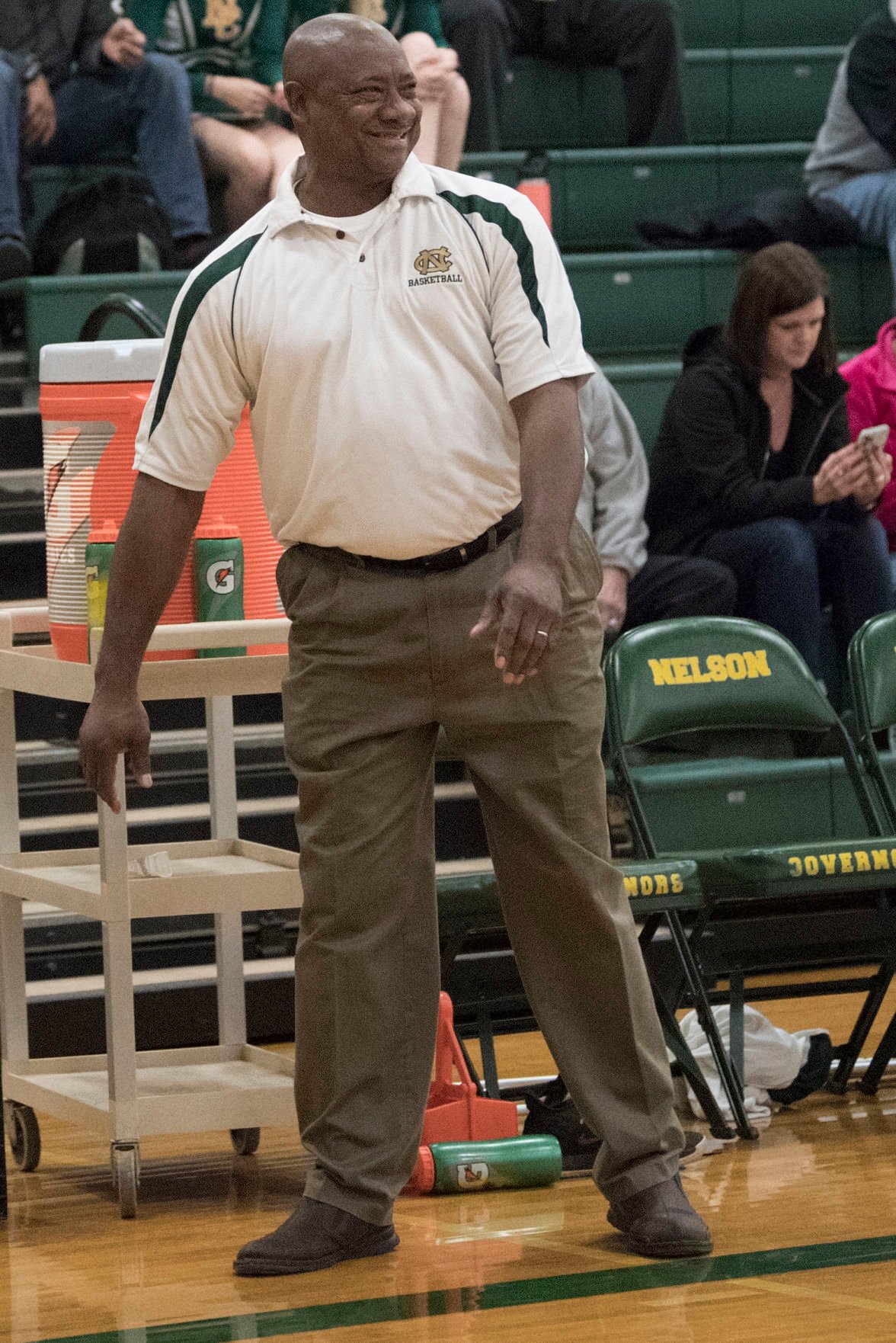 Marvin Martin reacts during a Lt. Govs game last season. Martin has been named to take over the varsity team, succeeding Brian Wilson in the role. 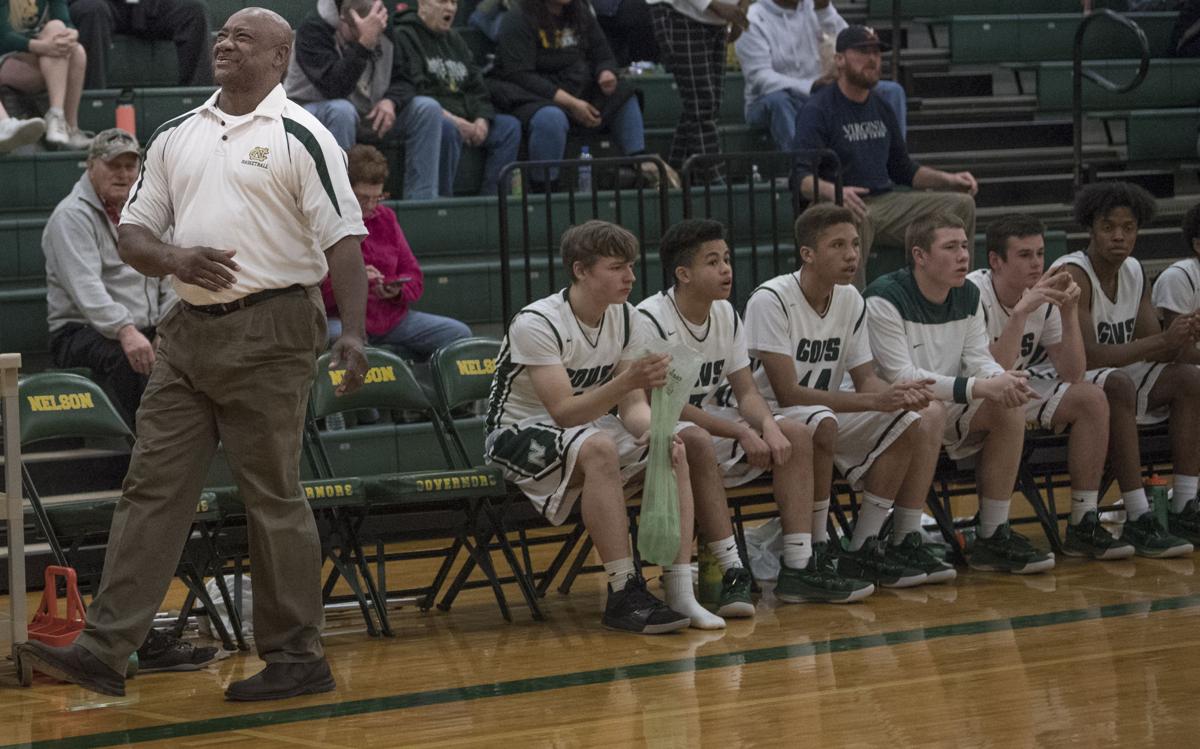 Martin, a graduate of NCHS where he earned first team all-district and second team all-region honors playing for the varsity team, has coached at the school for the past 28 years. He was an assistant for five basketball coaches, including the state championship team in 2008 under Brandon Garrett. While serving as the junior varsity coach for the last four years, Martin also volunteered as an official with the basketball programs in the Nelson County Parks and Recreation Department.

“I feel that I know the kids and the community of Nelson County, but mostly I believe in myself enough to know what it takes to motivate and teach athletes at Nelson County High School to have success on the court and to grow and mature into respectful young men,” Martin said in a statement.

Nelson County High School Athletic Director Greg Mullins said the school is excited to have Martin and the athletic department would be hard pressed to find someone with more knowledge of Nelson’s basketball program.

“But more than that knowledge, Coach Martin brings enthusiasm and passion to the program,” Mullins said. “Coach Martin knows the student-athletes, parents, and community of Nelson County as well as anyone and that gives him a solid foundation to build a successful program both on and off the court. We are excited for the student-athletes, the school and the community and can’t wait to see our boys on the court again.”

Marvin Martin reacts during a Lt. Govs game last season. Martin has been named to take over the varsity team, succeeding Brian Wilson in the role.