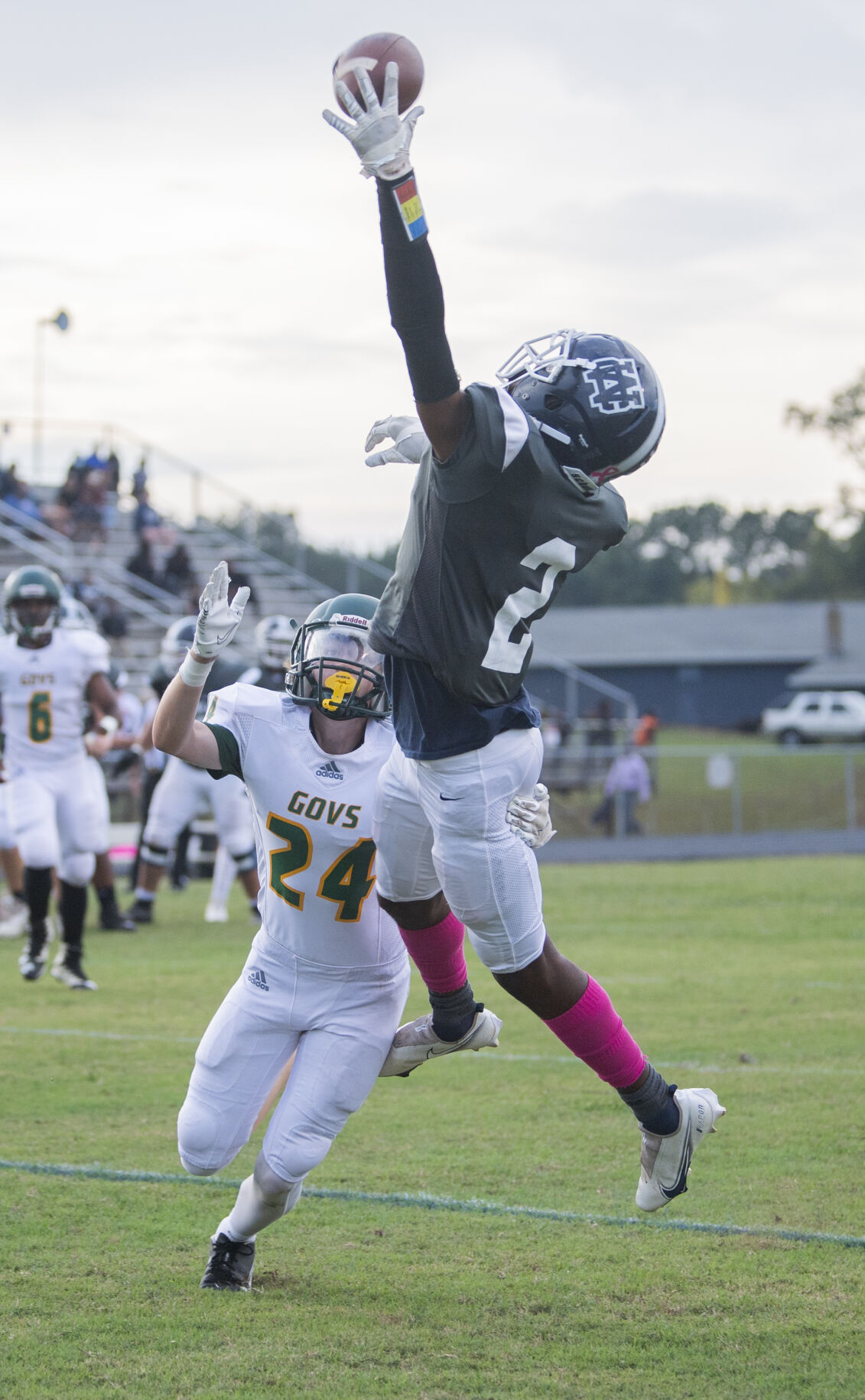 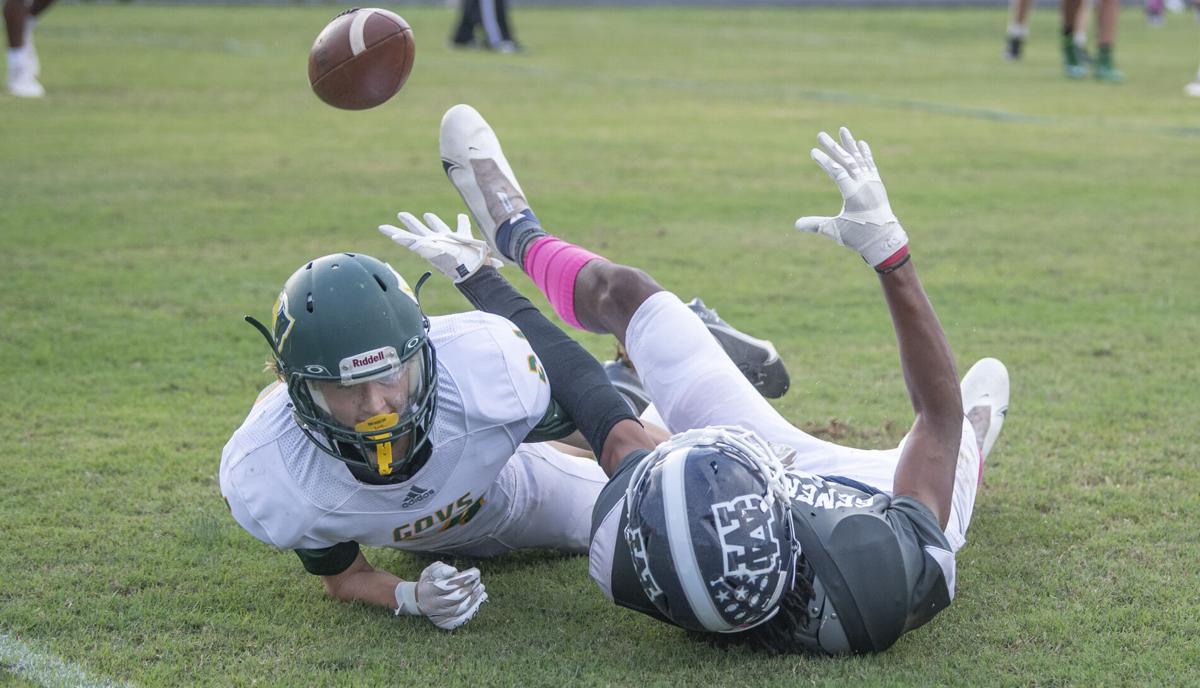 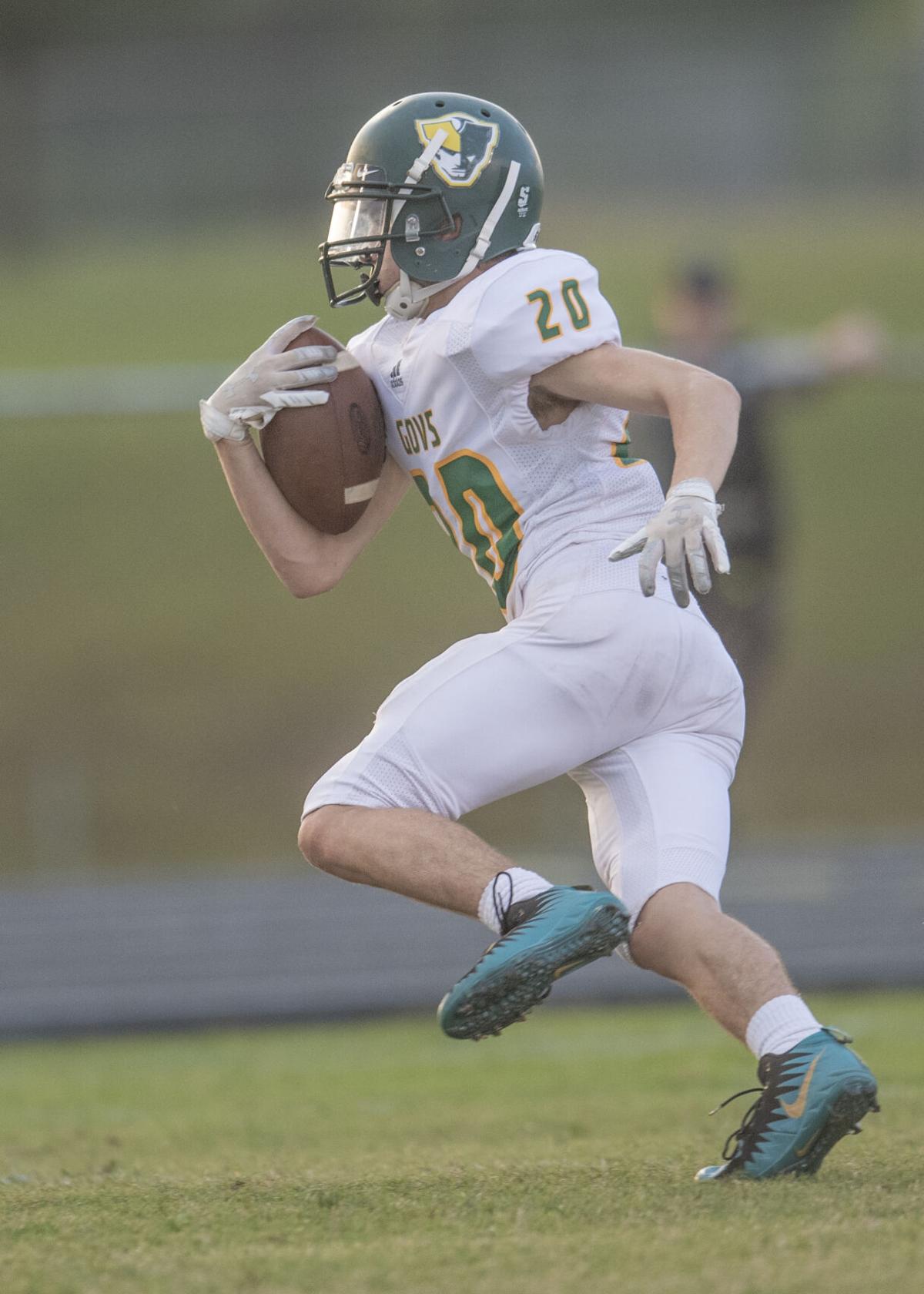 Hunter Garrett looks for an opening during an Oct. 7 game at William Campbell. 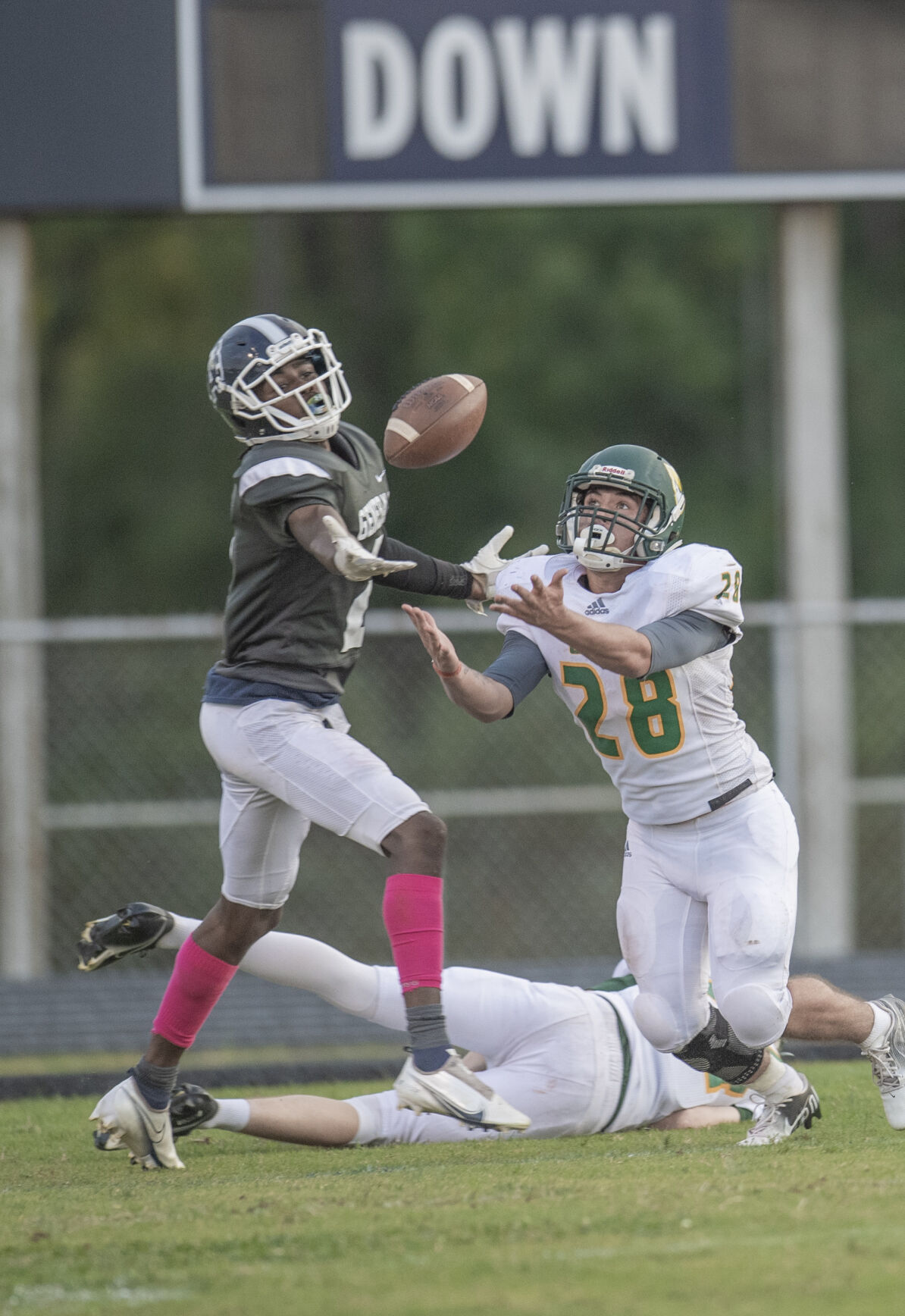 Five Gov defenders close in on William Campbell’s running back during last Thursday Dogwood District game. The game was moved up a day because of weather. 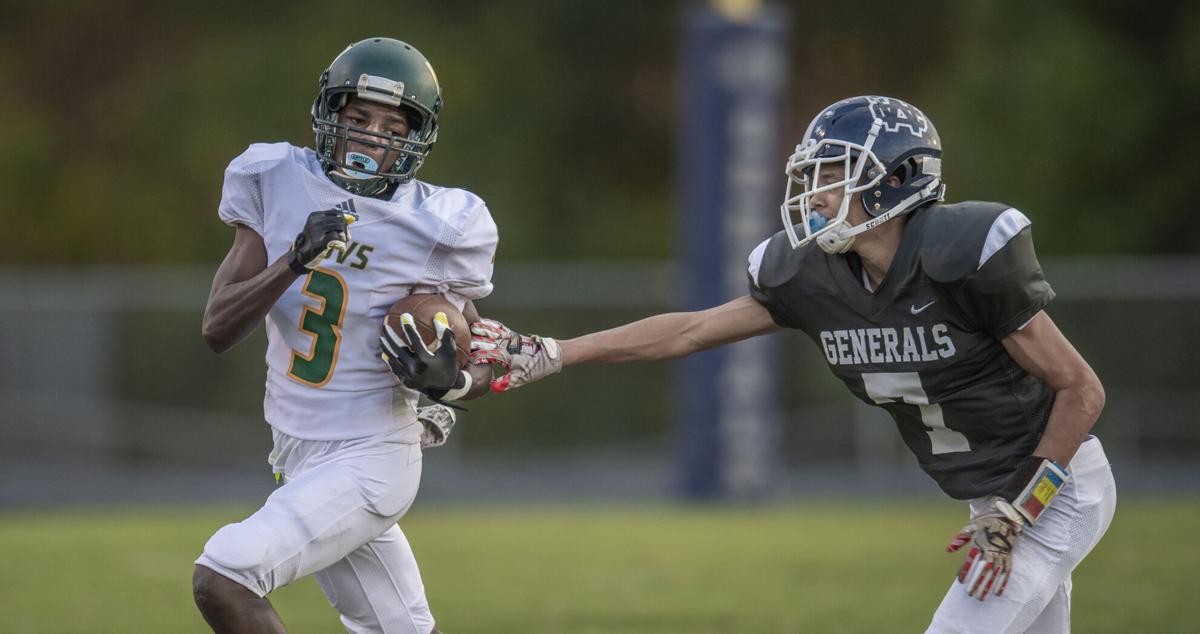 William Campbell had a drive stall in Nelson County territory Oct. 7, and Generals coach Danny Broggin heard something strange come from his sideline.

It was actually a good strange. His young group repeated, “They didn’t stop us; we stopped ourselves.” Broggin hadn’t heard that chatter from his team this season.

The Generals got the ball back, and Nelson couldn’t stop them.

Broggin said the Generals (2-3, 2-1 Dogwood District) “won the line of scrimmage on both sides of the ball,” and that was apparent with the success found from a variety of backs.

Nelson (1-5, 0-2) never established any rhythm on offense, with Campbell electing to bring constant pressure throughout the game in the form of blitzes.

The Governors have been shut out in consecutive weeks after not being shut out since Sept. 14, 2018 at George Mason.

The Lt. Govs football team traveled to Appomattox on Oct. 13 and ran into a offensive explosion with the Raiders jumping out to a 51-0 lead la…

Lady Govs volleyball picks up trio of victories in a week

The Lady Govs volleyball squad showed its strength last week by winning all three games, including a pair of Dogwood District victories.

Hunter Garrett looks for an opening during an Oct. 7 game at William Campbell.

Five Gov defenders close in on William Campbell’s running back during last Thursday Dogwood District game. The game was moved up a day because of weather.