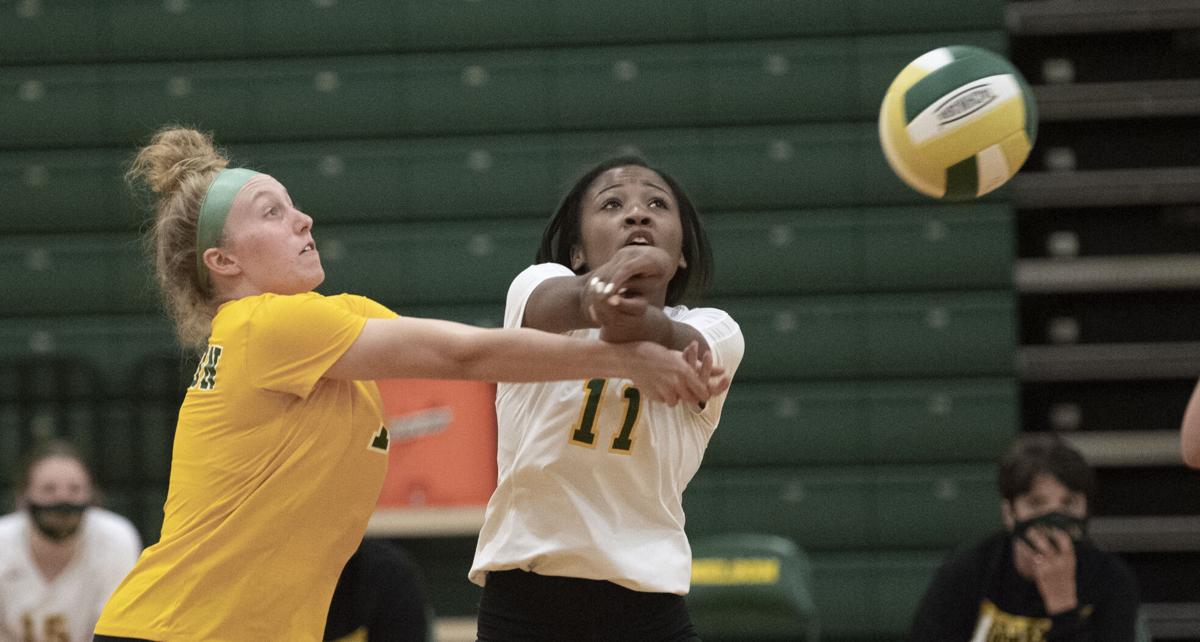 Nelson’s Rachel Thompson (left) and Destiny Meredith converge on the ball defensively during a game against Dan River in the first round of the Region 2C tournament Tuesday in Lovingston. 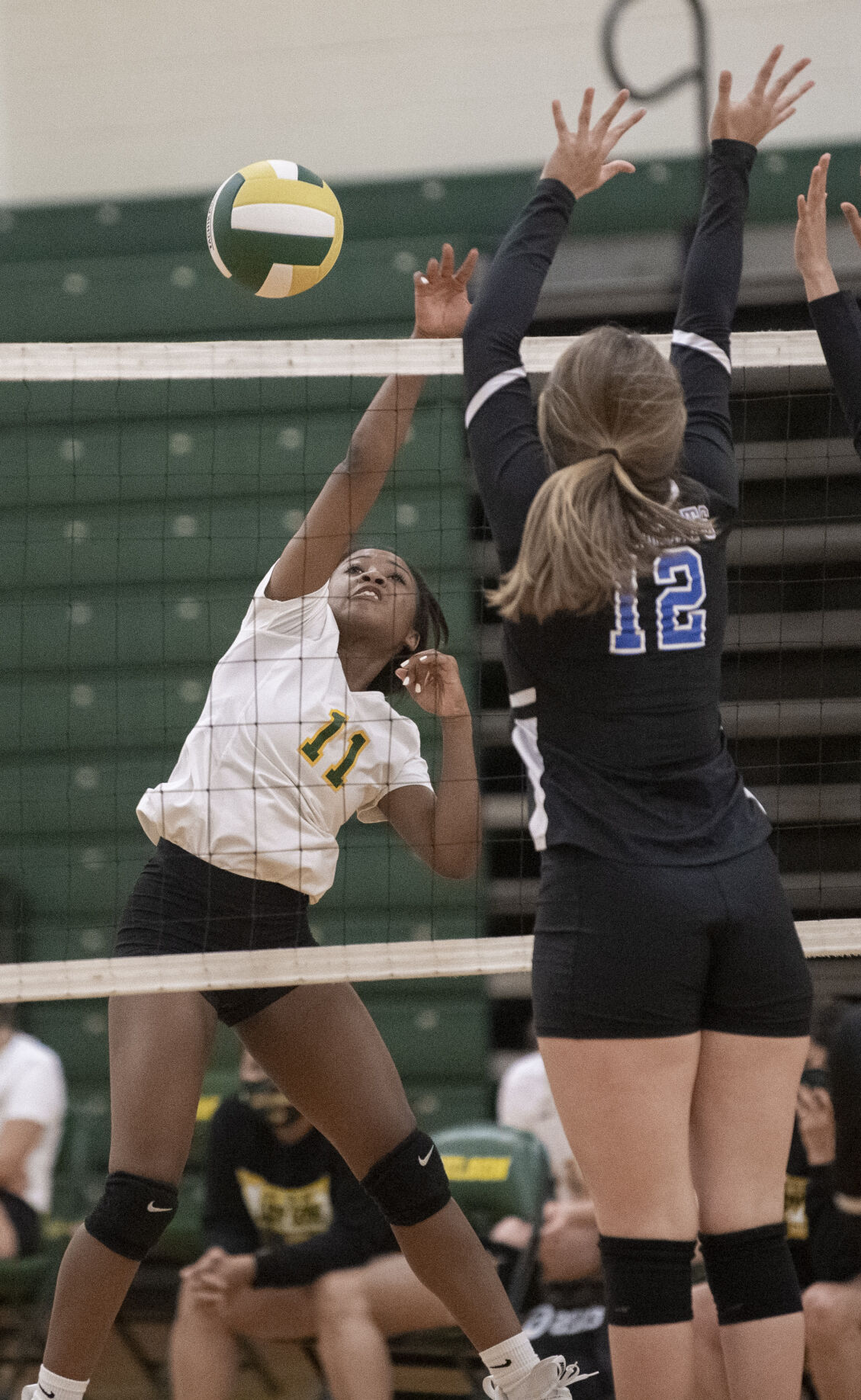 Nelson’s Destiny Meredith attacks at the net during a game against Dan River in the first round of the Region 2C tournament Tuesday in Lovingston.

Mistakes doomed Dan River in the first two sets, and Nelson prevailed in a back-and-forth third set to capture a 3-0 victory in the first round of the Region 2C tournament Tuesday in Lovingston.

Dan River (3-9) put together the most realistic threat in the final set, in which neither team led by more than three points. The set featured 13 ties.

“I think we played very well in the beginning, and then just got a little bit on the complacent side,” Nelson coach Vicki Crawford said.

After the 10th-seeded Wildcats went up 22-20 on an ace, forcing Crawford to call timeout, the Governors responded with a 3-0 run. A kill from Dan River and attacking error for Nelson swung the advantage back in the Wildcats’ favor, 24-23, and gave them game point.

But two offensive mistakes —issues that proved pervasive for the Dan River all night — and a kill from Rylee Truslow finished off the win for seventh-seeded NCHS.

“We brought our energy up a lot,” Nelson senior Hailea White said when asked what her team did to pull off the win in the tight third match. “Our passing was a little bit iffy, but I think with our hitting and attacking, it brought us back into the game.”

Errors on Dan River’s side proved detrimental in the second set, too. Nelson used a 6-0 run, which included three Wildcats mistakes, to take a lead it never relinquished in the set.

In the night’s opening set, Nelson needed only to avoid committing its own costly errors, with easy points going up on the “home” side of the scoreboard courtesy of a litany of net violations, bad passes and bad attack attempts. After a 2-2 tie, Nelson pulled ahead 5-3, then went on a 12-3 run to put the set away early.

Crawford credited her seniors pulling off the sweep and gaining momentum for their game Wednesday (a time has not yet been announced) against No. 2 seed Patrick County. The Cougars had a bye in Tuesday’s first round and enter the quarterfinals as the No. 2 seed with an 8-2 record.

After a pair of wins in their season opener, the Governors baseball squad lost to Dan River last week, 13-4, on Senior Night.

The Lady Govs soccer team rolled past Altavista on May 5 in 10-0 blowout. Lauren Armstrong boosted in half of the goals followed by Summer Scr…

There were moments of frustration and pain (this of the physical type, thanks to an out-of-the-blue cramp) and moments of joy. Then, when she …

The Lady Governors quest for a state title after a 10-year wait came to an end in the region semifinals with a 3-1 loss to Floyd County.

Nelson’s Rachel Thompson (left) and Destiny Meredith converge on the ball defensively during a game against Dan River in the first round of the Region 2C tournament Tuesday in Lovingston.

Nelson’s Destiny Meredith attacks at the net during a game against Dan River in the first round of the Region 2C tournament Tuesday in Lovingston.