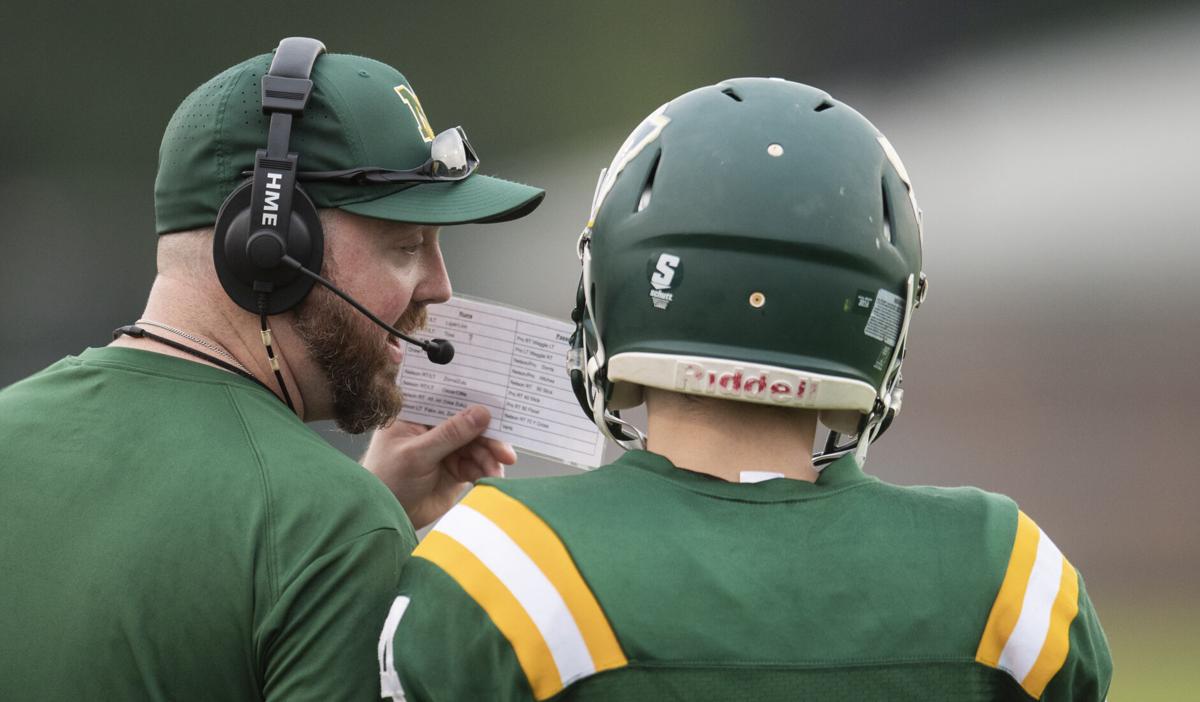 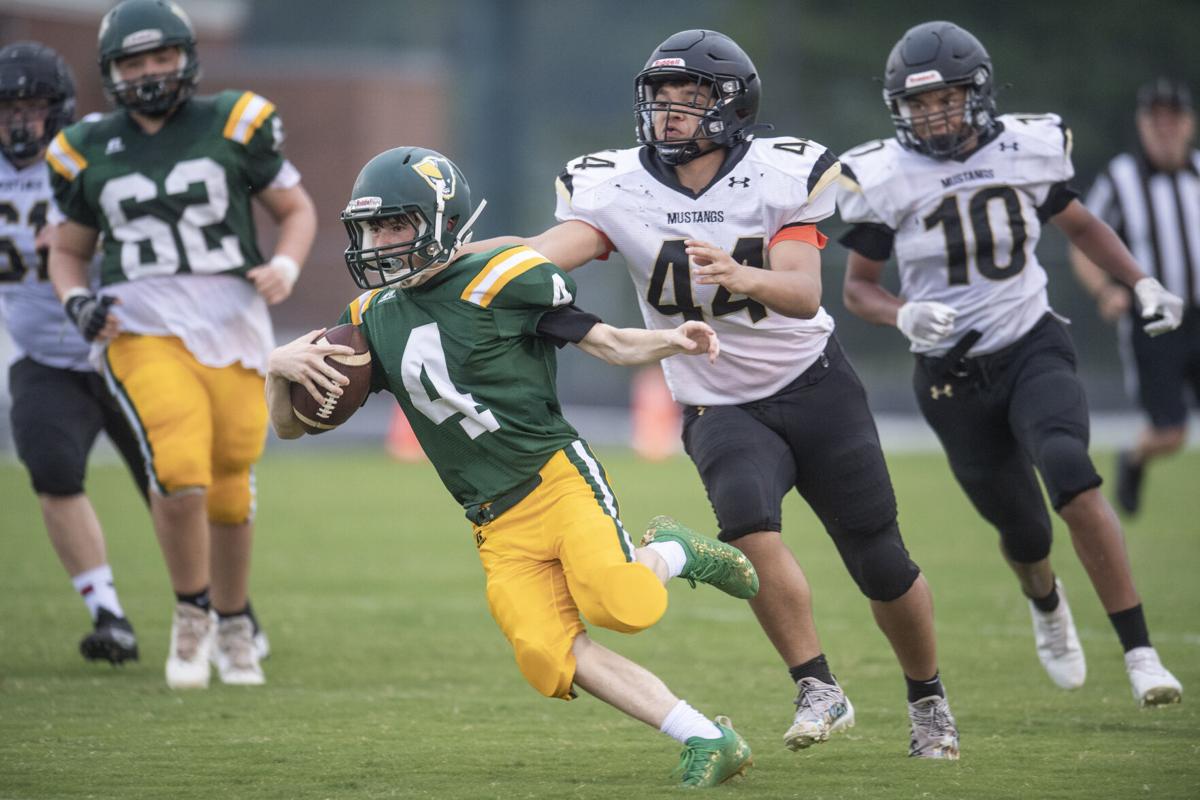 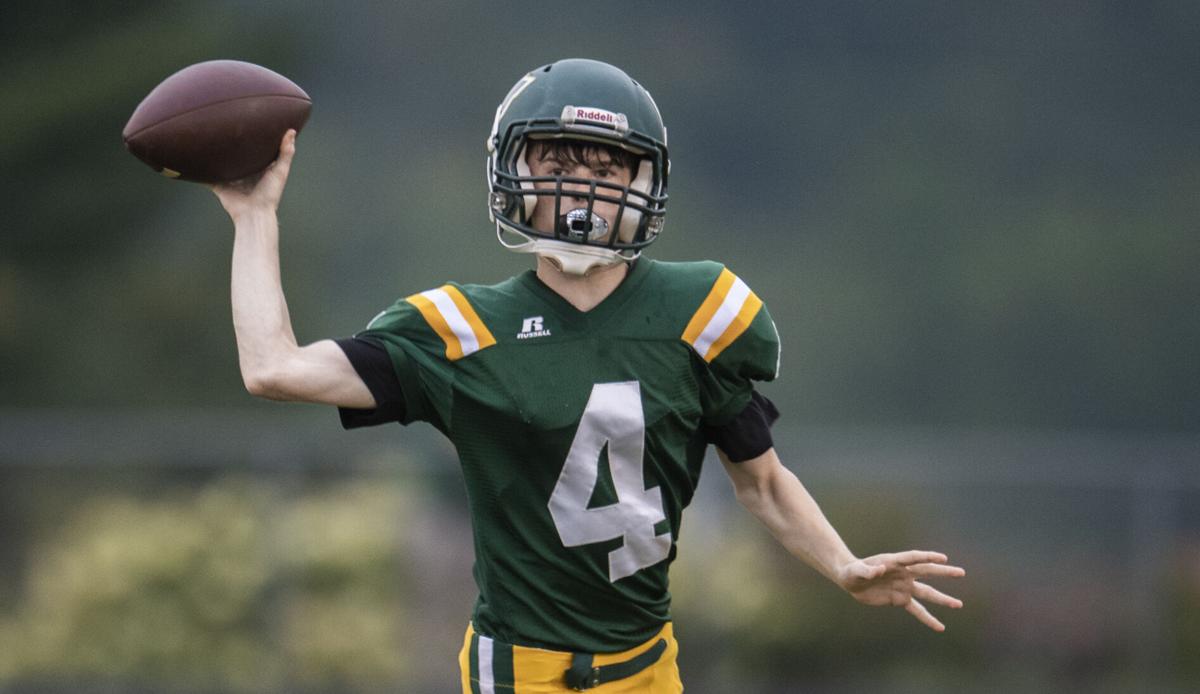 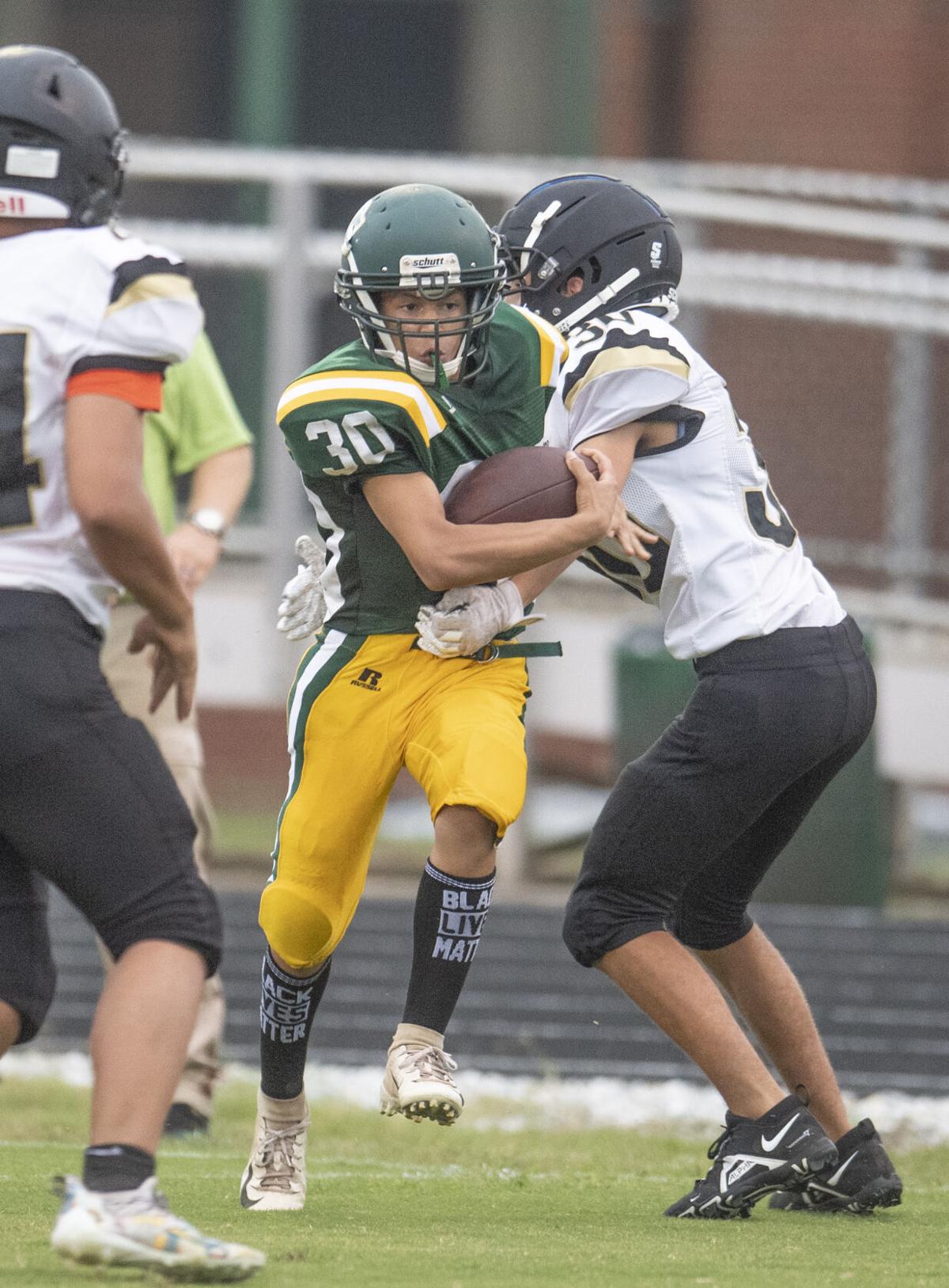 Nelson’s AJ Williams fights for extra yardage on the sidelines against Monticello. 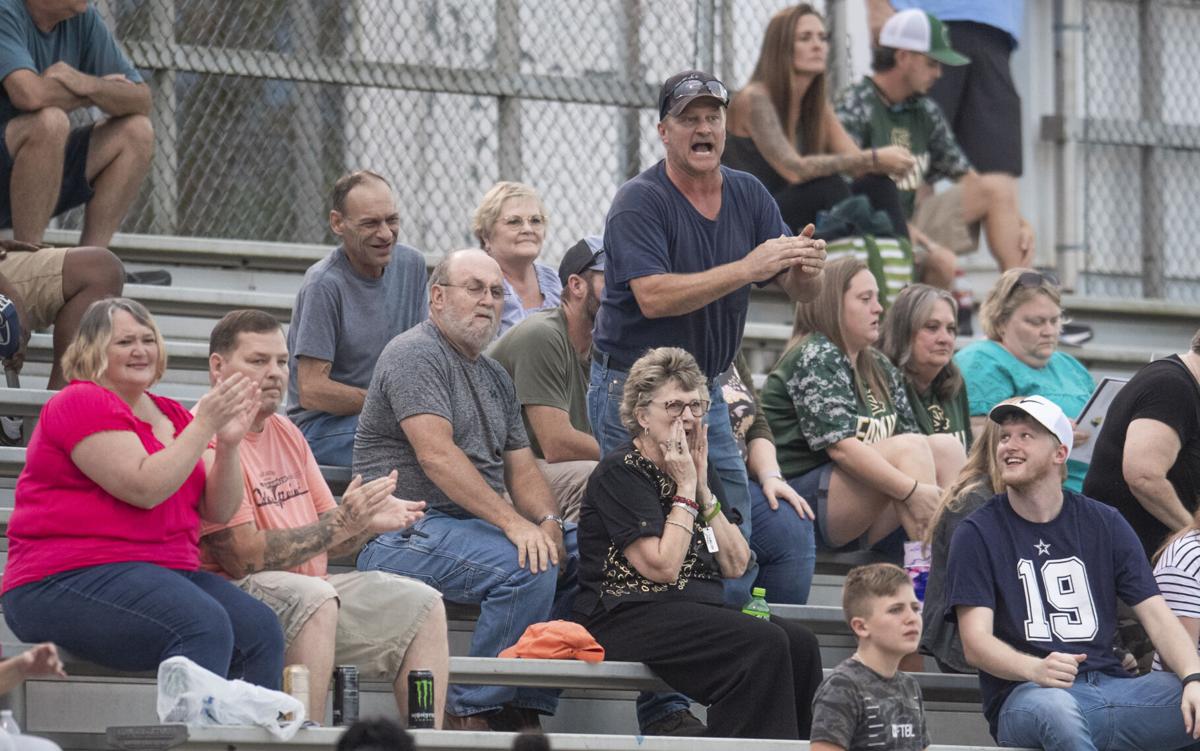 A large crowd of Nelson junior varsity football fans showed up last week to cheer on the Lt. Govs.

The Lt. Govs’ football squad hosted Monticello last week and was defeated, 28-8, in front of a large high spirited crowd.

The visitors struck first but Nelson came right back and ties the contest at 8-8 after Lt. Gov Antwane Cousins scored Nelson’s only touchdown followed by a 2-point conversion from quarterback Colton Baker.

Monticello scored again in the first half .

“I thought our team played with a lot of heart. Going into halftime, the score was 14-8, and coming off of probably our best drive of the season, we were feeling really good going into half,” said Nelson coach Brennan Banton. “Ultimately, we had too many turnovers, and too many penalties to beat a good team like Monticello. Our staff really emphasizes effort, and the players gave it everything they had. That’s all I can ever ask of them. Give 100% and be coachable. I appreciate their efforts in learning the game of football and playing as a team.”

Baker carried the ball five times for 46 yards while teammate A.J. Williams and Cousins combined for 23 carries and 126 yards.

“We need to work on consistency. While that is certainly a new level of challenging during a pandemic, we need to continue to come to practice every day and give the same 100% that we give in games,” said Banton. “Repping the plays and formations, so that every player will be ‘game ready’ when their name is called.”

The Nelson defense had cornerback Justin Colbert with four tackles and a fumble recovery, Shaver had four tackles, Williams had three tackles and a interception and Canyon Terrell had three tackles. Other players that drew the praise of the coach included Safety Mason Baker, linebacker/kicker Jamire Terry-Giles, punter Houser Boyette, guard Kincaid Powell, lineman Nicky Wood and wide receiver/defensive back Zyion Rose. Banton stated his hopes for the young season.

“My goals for this team are for these guys to learn and execute the fundamentals of the great game of football,” said Banton. “Learn to play as a team and have success executing our program’s system.”

Varsity team picks up first win of the season

The Nelson varsity football team didn’t have any luck finally getting its season underway earlier this month with a pair of losses in a four-day span.

The Governors (1-2) got on track thanks to a traditional week of preparation with a 20-16 win over Cumberland on the road.

In Ringgold, Dan River added a second win to its resume and handed Nelson a fourth straight shutout loss on Oct. 22.

The Lt. Govs football team traveled to Appomattox on Oct. 13 and ran into a offensive explosion with the Raiders jumping out to a 51-0 lead la…

Nelson shut out for second week against William Campbell

William Campbell had a drive stall in Nelson County territory Oct. 7, and Generals coach Danny Broggin heard something strange come from his s…

Nelson’s AJ Williams fights for extra yardage on the sidelines against Monticello.

A large crowd of Nelson junior varsity football fans showed up last week to cheer on the Lt. Govs.