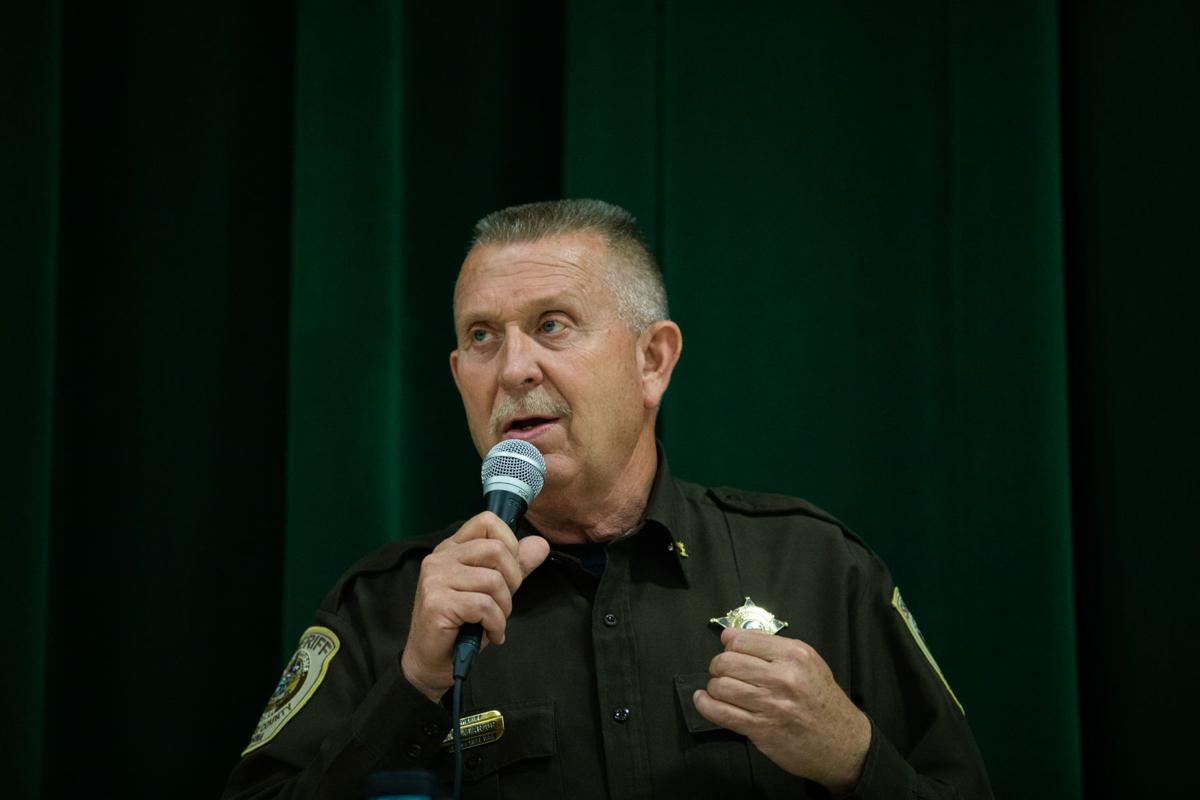 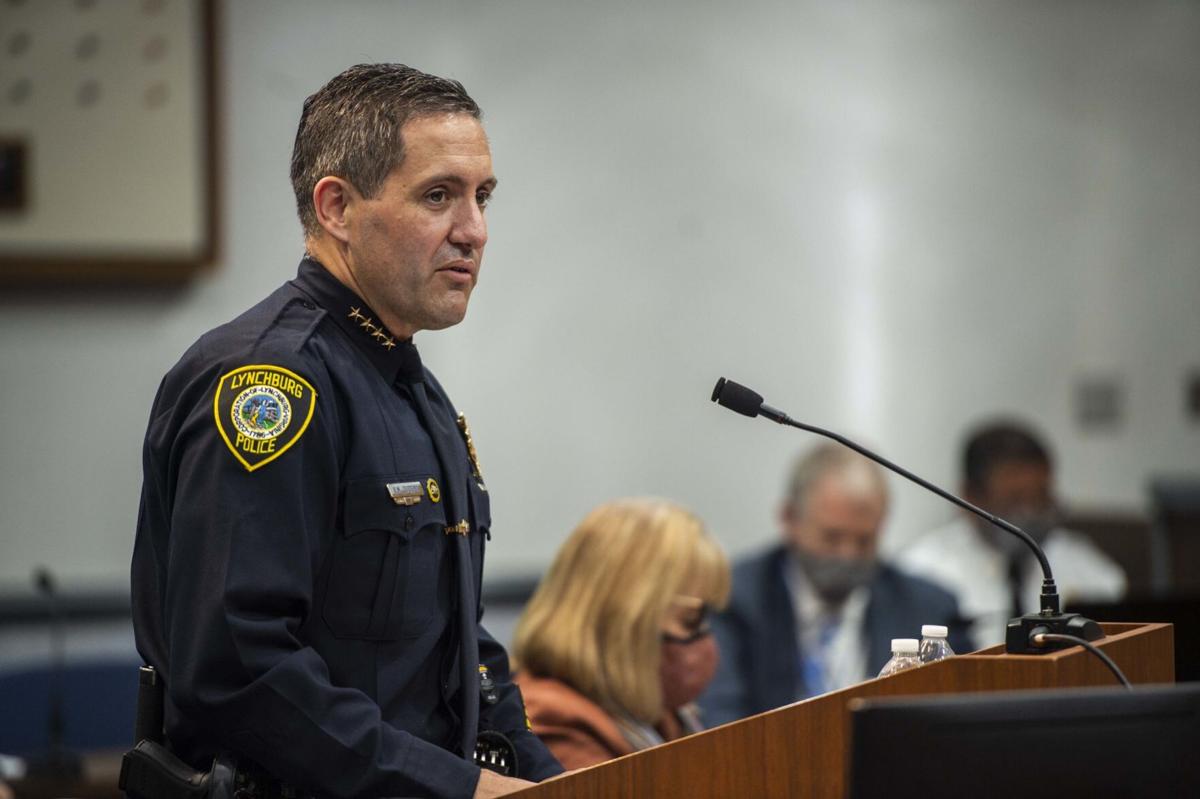 Amid high-profile instances of police misconduct and strengthened calls for reform, the concept of ending qualified immunity in Virginia has come closer to reality than ever before.

Qualified immunity is a shield against civil lawsuits that was first introduced by the U.S. Supreme Court in 1967, protecting public officials who've acted in good faith and didn't knowingly violate any existing case law. That shield has been applicable in Virginia law, but recent state legislation proposed opening a window where law enforcement actions wouldn't bear that immunity.

Lynchburg-area officials and police are eyeing the issue with caution, warning of consequences to an already beleaguered workforce and taxpaying public. But advocates say those claims distract from the movement’s goal: restructuring civil law so that officers can be held accountable for unconstitutional policing.

The Democrat-led General Assembly punted tackling the issue this year; it was revived in the House with two Democrats flipping their stance to support a bill from Del. Jeff Bourne, D-Richmond, but the bill died in the Senate Judiciary Committee. Legislators have said they’ll continue studying the issue and indicated it’ll come up again in future sessions.

“It’s going to allow officers to be sued really for any of their actions,” he said.

In an August opinion piece in the Richmond Times-Dispatch by ACLU of Virginia Executive Director Claire Guthrie Gastañaga and retired Greenville, N.C. police chief Hassan Aden, the authors said the shield of immunity has led to officers — some whose conduct, when caught on video, has sparked outrage and protests — thinking they're invulnerable or above the law.

Consuela Mosley, a member of the Legal Task Force within Lynchburg's Bridges to Progress poverty-fighting coalition, suggested law enforcement be held to higher professional standards when it comes to malpractice.

"Qualified immunity means that police are not responsible for their actions," she said. "If you took that away, you would see less brutality."

While Zuidema agrees with other police reforms that’ve passed in the recent General Assembly special session — such as chokehold bans and requiring an officer to intervene if their colleague is using unlawful force — Zuidema said ending immunity would especially put officers at risk when enforcing new, controversial laws, such as "red flag" laws.

Likewise, Amherst County Sheriff E.W. Viar said he doesn’t oppose all of the reform legislation, but called qualified immunity an “essential” layer of protection for his office. He said he was prepared to step down if the legislation passed.

He said losing the legal defense threatens to push himself and officers he knows personally out of the profession because they don’t want to risk losing their homes and financial protection.

“I’m tickled to death,” Viar said of the proposed legislation not coming to fruition this year, adding: “I’m glad some of them came to their senses there.”

Viar described much of the political climate in Richmond as unfriendly to police officers.

“They don’t have any use for law enforcement anymore,” Viar said.

Lynchburg City Attorney Walter Erwin said if Virginia removed qualified immunity, it’d likely lead to a shift in police misconduct cases over to the state court system. Any city cases alleging excessive force or false arrests that he’s seen have been filed in federal court, where the winner is entitled to recover attorney’s fees on top of any damages awarded.

As Erwin pointed out, qualified immunity doesn’t prevent the lawsuit from being filed. It does, however, significantly narrow the scope of cases that survive in court to be heard — namely, cases that are very similar to others that’ve already been ruled on in court.

Advocates argue that threshold is prohibitive to people seeking justice when their civil rights have been violated.

Any momentum toward removing qualified immunity should be tempered with localities’ interests to “protect the public purse” when it comes to these types of lawsuits, Erwin said.

Lynchburg saw a costly end earlier this year to a lawsuit arising from criminal police misconduct.

The settlement for Walker Sigler, who was shot by two officers in February 2018 while in his home, involved the city paying its full $500,000 deductible as part of an insurance pool.

Prior to the settlement, the two officers — who no longer work for LPD — pleaded guilty to downgraded charges of reckless handling of a firearm from shooting at Sigler when he approached his open front door early that morning.

Gastañaga said instead of localities looking to “gird their loins for a future lawsuit,” they should focus on proactively preventing the circumstances that cause those lawsuits.

She pointed out that individual officers don’t pay for representation in such lawsuits out of their own pocket; the locality covers them.

Much of that responsibility lies in police departments revising and enforcing policies and procedures internally, she said.

Following the shooting that injured Sigler, Zuidema said the two involved officers violated multiple department policies, though he declined to specify which ones.

Viar, who began his second term in January and has more than three decades of law enforcement experience in Amherst County and Lynchburg, said when he was growing up becoming a police officer was a much more popular concept than it is today. Even with a starting salary increase for officers recently approved by the Amherst County Board of Supervisors, Viar said having his office adequately staffed is a challenge.

Two people in Amherst County Public Schools have been diagnosed with COVID-19, the division announced Monday.

A new dog grooming business is planned in a structure on Horseshoe Creek Road in northern Amherst County.

School board honors local nonprofits for contributions to students, educators

Amherst County Public Schools’ most recent on-time graduation rate of 95.2% is a 10.8% increase from the previous year.

A LOVE sign is cleared to locate on the grounds of the Amherst County Visitors Center on U.S. 60 following a vote from Amherst Town Council.