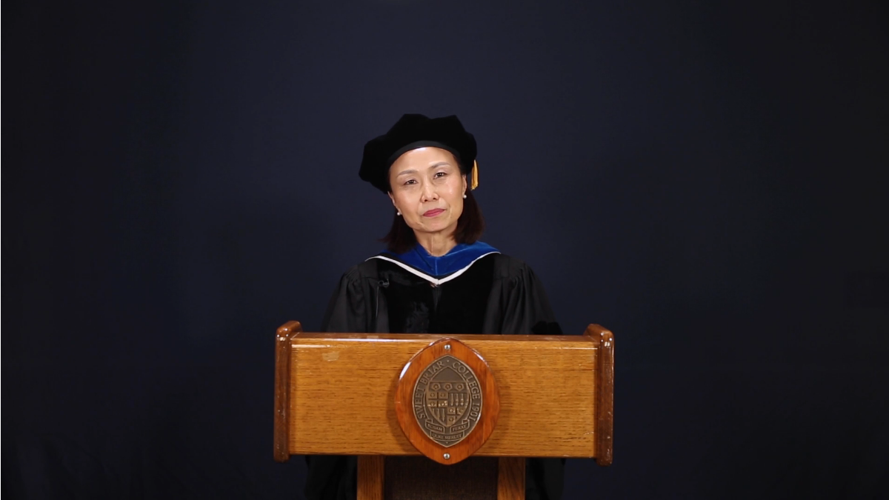 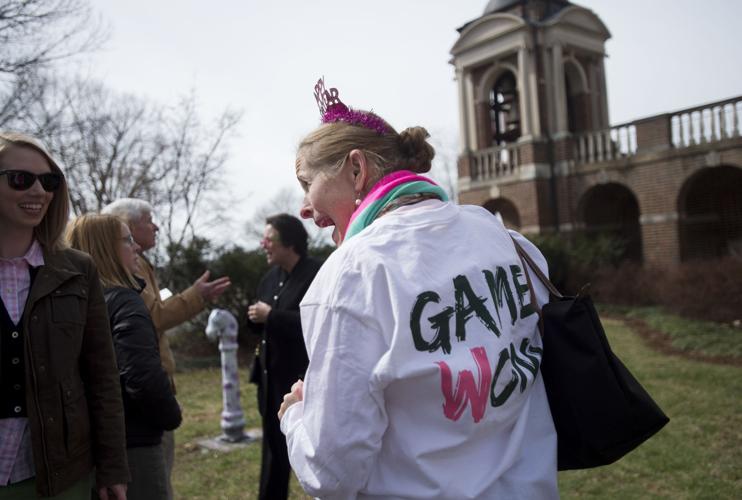 In this 2016 file photo, Sweet Briar College music professor Marcia Thom-Kaley wears a shirt stating "Game Won" in reference to a banner hung on campus the previous year during the time when the college was set to close.

Nearly six years after a legal settlement and massive fundraising effort saved Sweet Briar College from a closure attempt, the Amherst women’s college is touting $1.8 million raised as part of its March Days of Giving.

Each year, March Days of Giving is an opportunity for the college’s extended community to show its commitment to and confidence in Sweet Briar, according to a news release. The event began March 1 and continued through March 10, to honor founder Indiana Fletcher Williams on her birthday.

“Thanks to the unwavering generosity of our alumnae and friends, as demonstrated by their extraordinary response to our March Days of Giving,” SBC President Meredith Woo said in the release. “Sweet Briar College is financially stable and strong. Our work to redefine leadership for the twenty-first century, centered on women, resonates deeply. Young women are interested in Sweet Briar and our enrollment is growing.”

Over the past five years, Sweet Briar has raised more than $60 million to support academic innovations such as the college’s women’s leadership core curriculum and ensuring Sweet Briar’s commitment to engineering, the arts and sustainability and agriculture.

In March 2015, the Sweet Briar community was shocked with a previous administration’s announcement the college would close. Alumnae rallied with financial support and the move led to a lawsuit in Bedford County Circuit Court, resulting in a June 2015 legal resolution that kept the school operating under new leadership.

Sweet Briar’s original unrestricted fundraising goal for fiscal year 2021 was $5 million, but because of COVID-19 a stretch goal was established to raise $8.2 million to offset the costs of the pandemic, according to the college. So far, Sweet Briar has raised $6.5 million, strengthening the college’s solid financial position with deposits for admissions exceeding its milestone at this time last year.

“Sweet Briar is the strongest it has been in the last six years,” the college said in the release.

'This is the future': Solar panel facility approved for Amherst County tract

In an effort to attract more candidates for emergency medical services positions, the Amherst County Board of Supervisors recently allocated f…

When author Pam Webber was growing up in the town of Amherst, the nation was tightly gripped in the turmoil of the Vietnam War.

A special exception permit for a business selling granite countertops within an auto shop near the Virginia 151 and U.S. 29 intersection in no…

Singing in the Season event to return to Amherst

After a pause of two years, local churches in Amherst will again host the annual Community Christmas Sing, Singing in the Season.

Amherst School Board honors late member who served during integration

In this 2016 file photo, Sweet Briar College music professor Marcia Thom-Kaley wears a shirt stating "Game Won" in reference to a banner hung on campus the previous year during the time when the college was set to close.