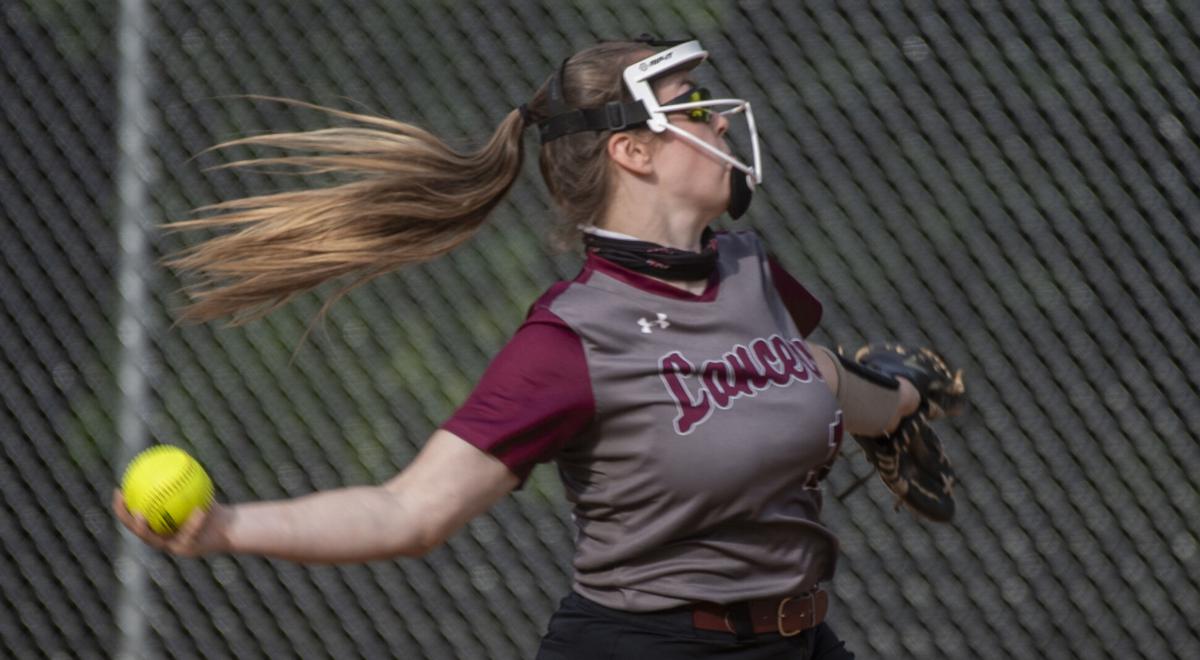 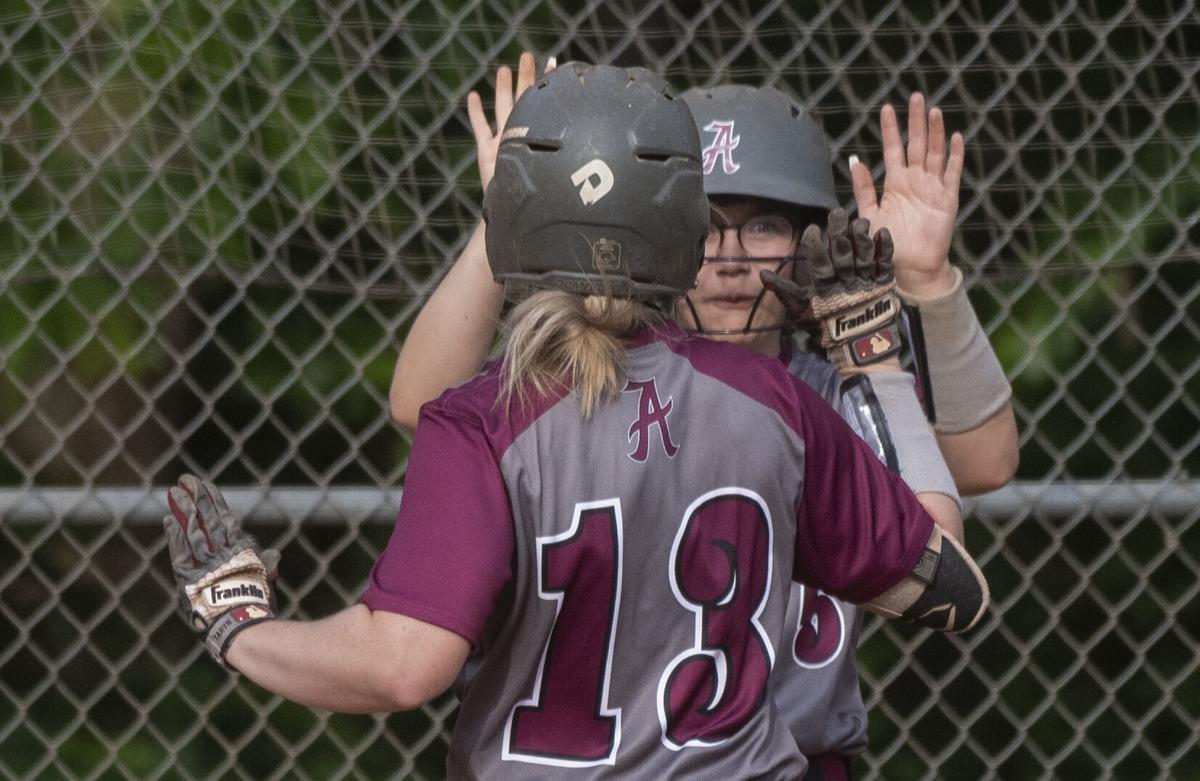 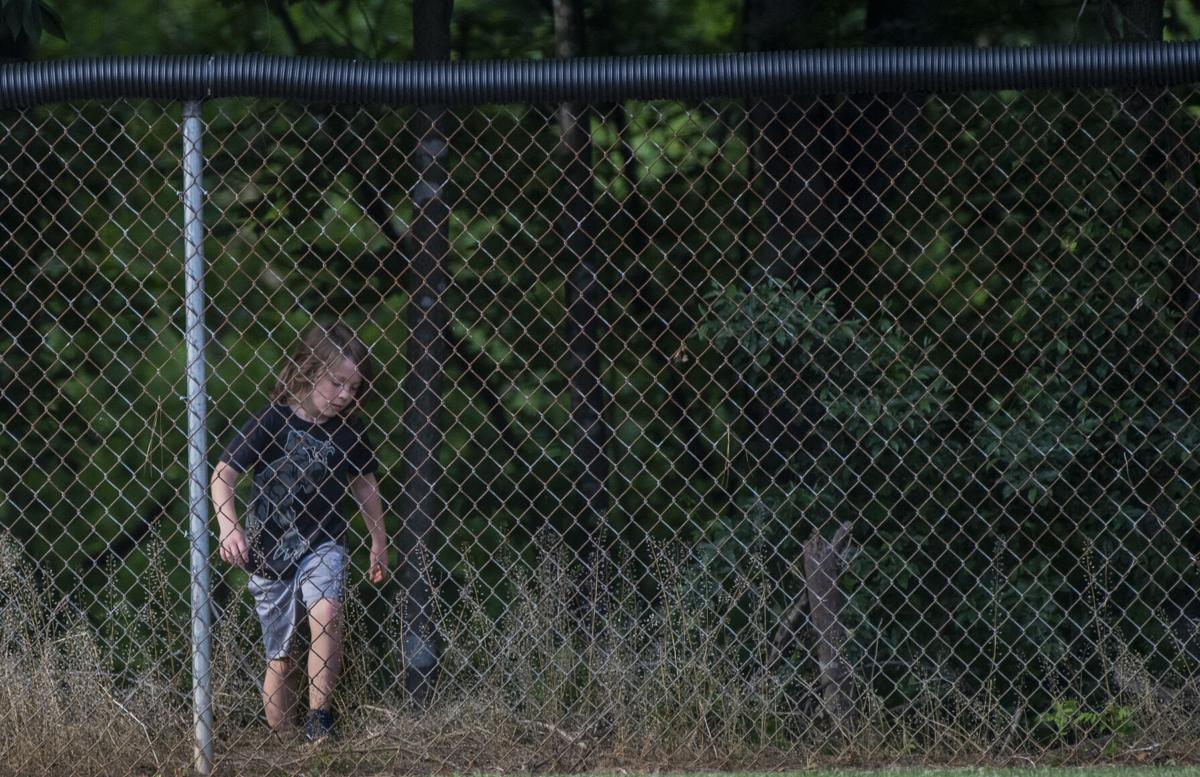 A softball fan looks for a Lady Lancer home run ball off the bat of Taryn Campbell. 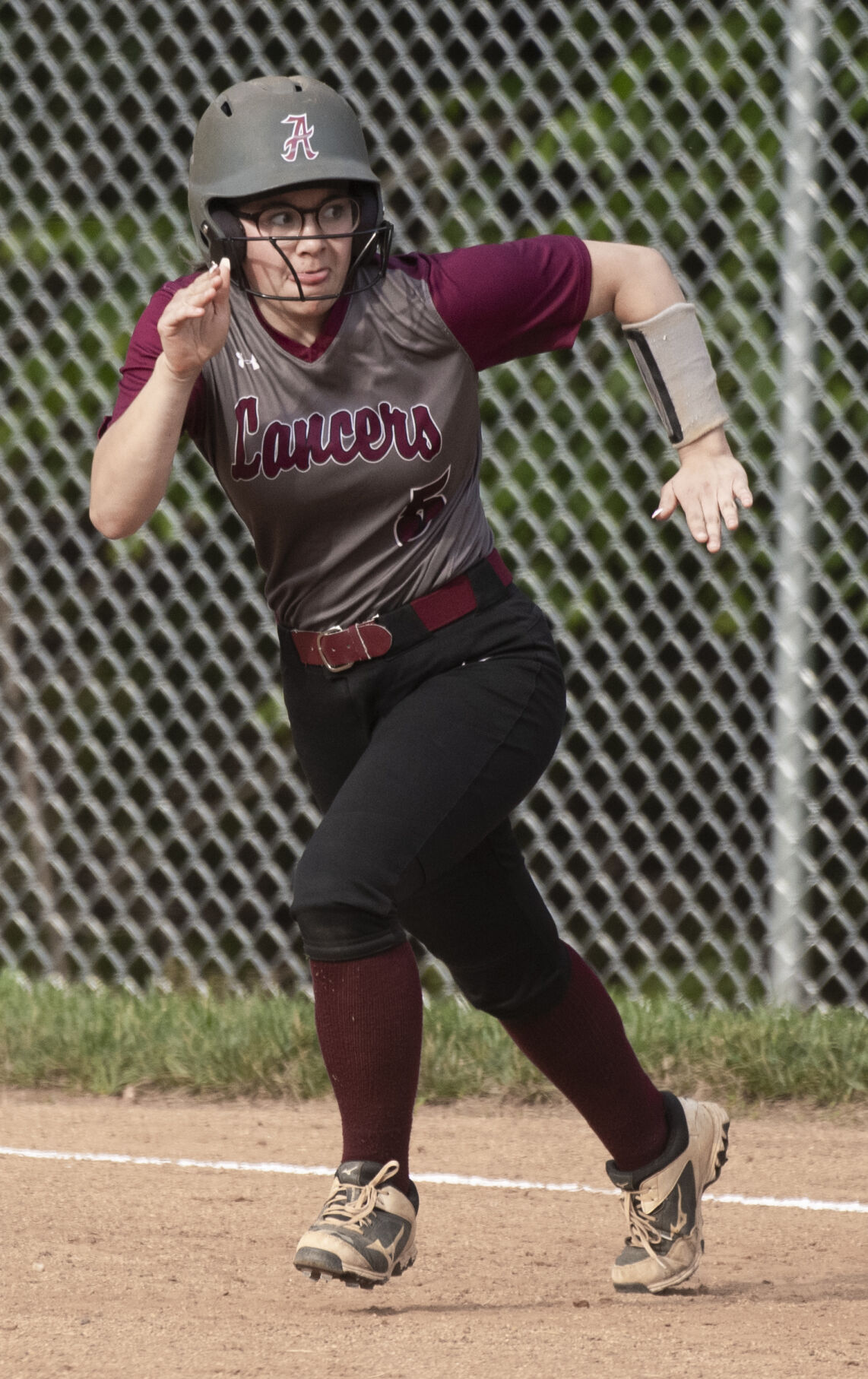 Amherst base runner Madison Goughnour takes off for second base during last week's 20-2 victory over Heritage. 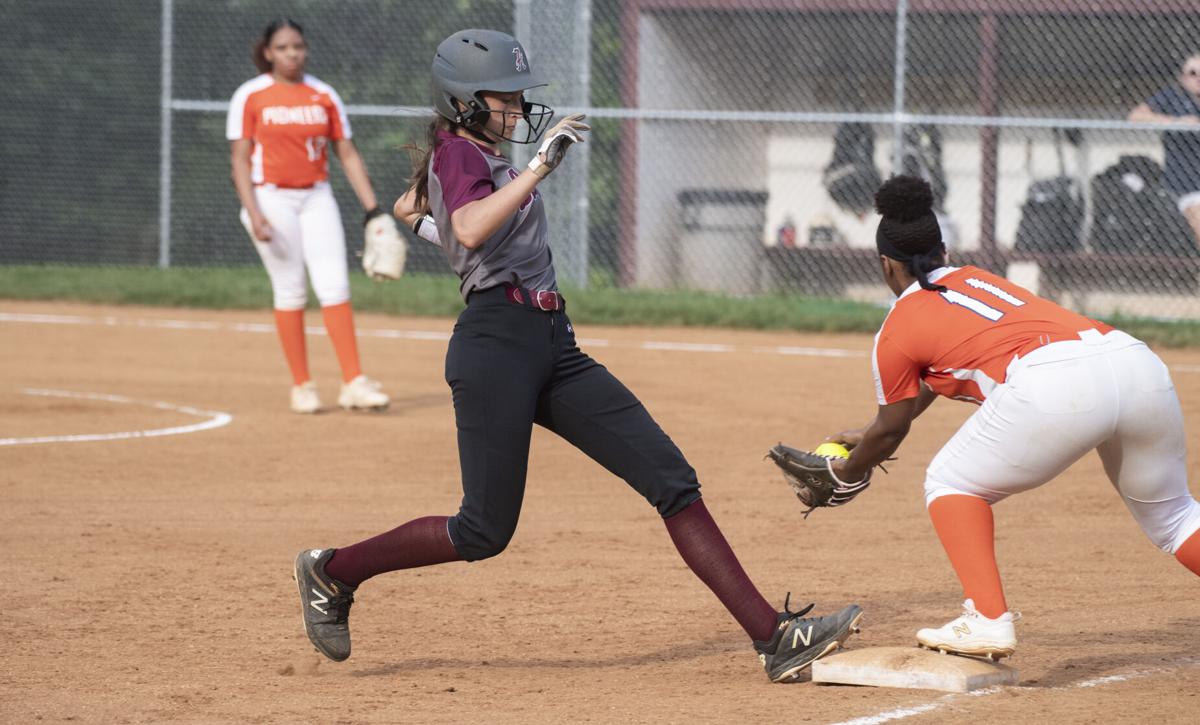 Amherst base runner McKayla Padgett beats the throw to third base during a recent win against Heritage.

The Lady Lancers softball squad pounded the Lady Pioneers of Heritage, 20-2, in a game that included multiple players with several hits each, along with a few home runs.

Tayrn Campbell belted a homer early in the game and would go on to enjoy a perfect three-for-three night at the plate including a half dozen runs batted in.

Teammate Zaniyah Adams only got one hit, but it was a big one as she cleared the fence with the bases loaded for a grand slam.

"Last night [June 1] the girls worked as a team and honed in on their fundamentals," said Amherst Coach Samantha Thacker. "They were all able to play a role in this win. It was great to see hard work and strong hitting. As I have said before, this team is very young, but I love the hard work that they put in each day! Also, big shout out to Taryn Campbell on her first home run of the season and Zaniyah Adams on her grand slam! Again, I am super proud of the work and determination this team brings."

Taryn Campbell took care of the next three frames with seven strike-outs.

The game ended early due to the 10-run mercy rule.

Zaniyah Adams, 1-2 with a grand slam;

Despite 5-4 loss to Rustburg, Amherst softball looks on bright side

The Lady Lancers softball team dropped a 5-4 game to Rustburg in extra innings recently, but the Amherst coach saw nothing but blue skies afte…

On May 20 the Lady Lancers hosted Liberty Christian Academy and like the boys team sent the Bulldogs back across the river with a loss.

Lancers shut out Liberty to improve to 7-1

The Lancer baseball team upped its record to 7-1 on May 25 by blanking Liberty High School, 9-0.

The Lady Lancers softball team picked up a road win on May 25 with a 3-2 come-from-behind victory against Liberty High School.

Amherst comes back to defeat LCA on Wentz' walk-off

Freshman Dalton Wentz was sitting fastball, so his eyes lit up when the pitch arrived from Liberty Christian reliever Sully Holmes. Next thing…

On May 13 the Lancer varsity boys soccer team clipped Heritage, 3-2, which at the time gave new Amherst coach Grant Collier a 2-1 record.

A softball fan looks for a Lady Lancer home run ball off the bat of Taryn Campbell.

Amherst base runner Madison Goughnour takes off for second base during last week's 20-2 victory over Heritage.

Amherst base runner McKayla Padgett beats the throw to third base during a recent win against Heritage.