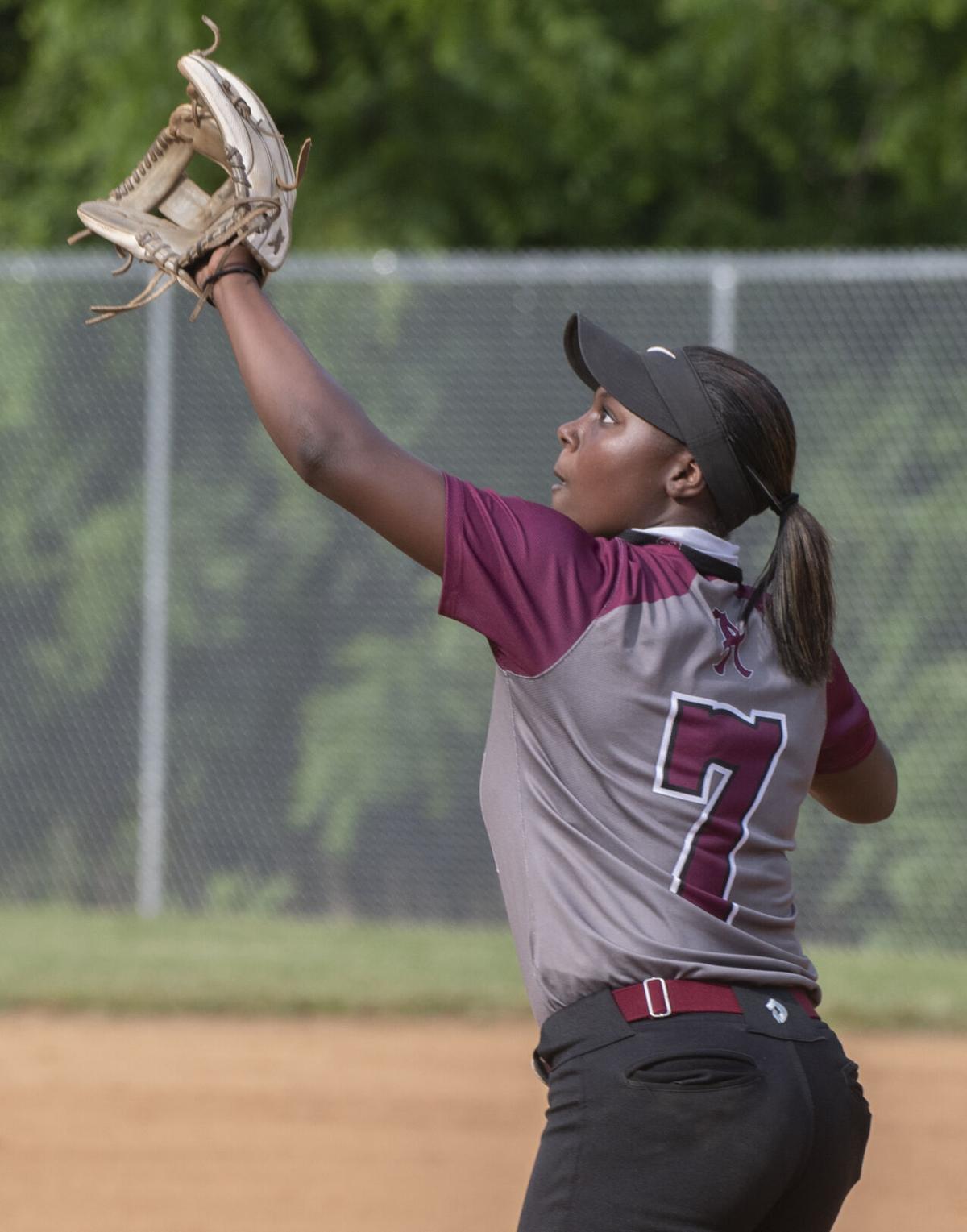 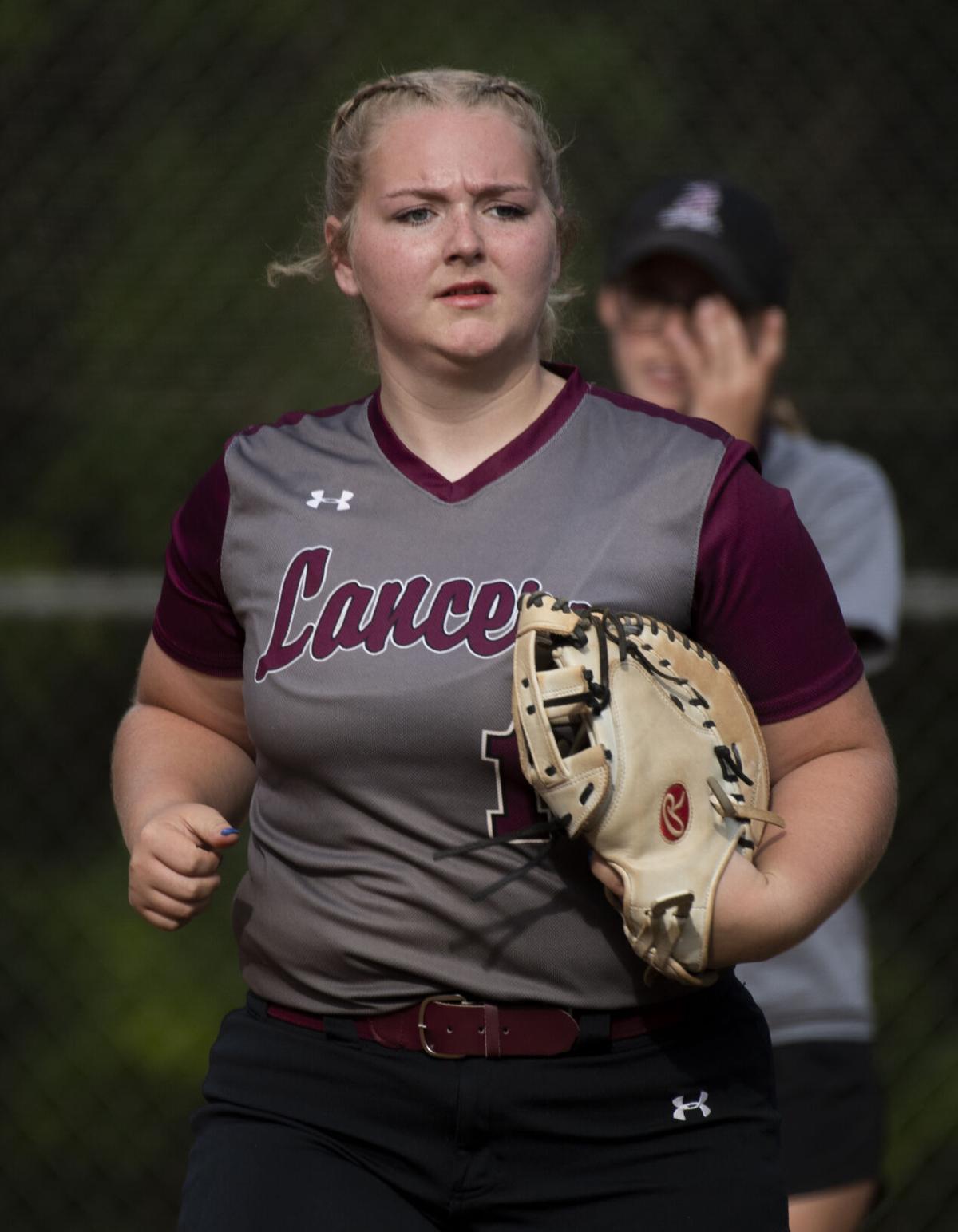 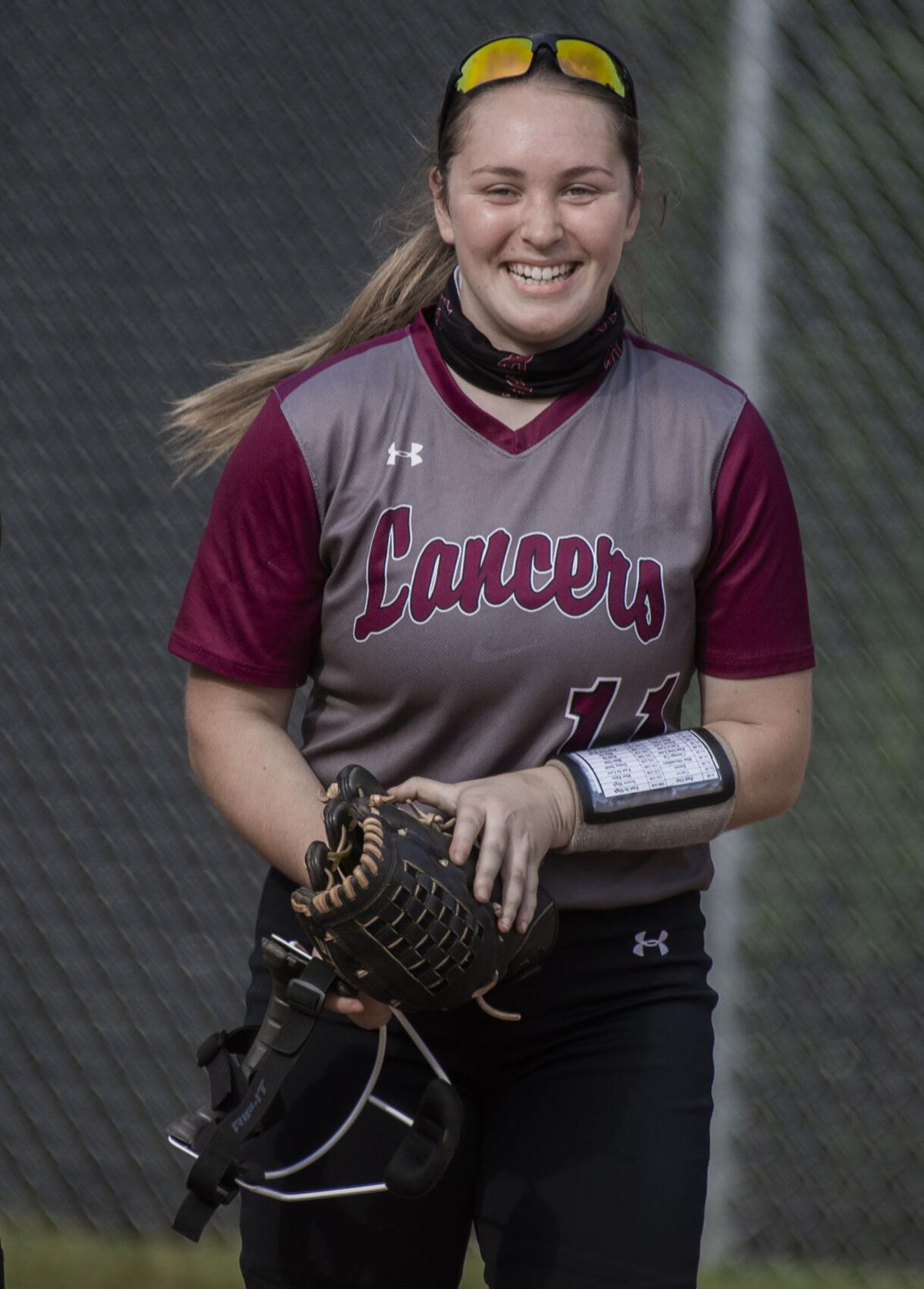 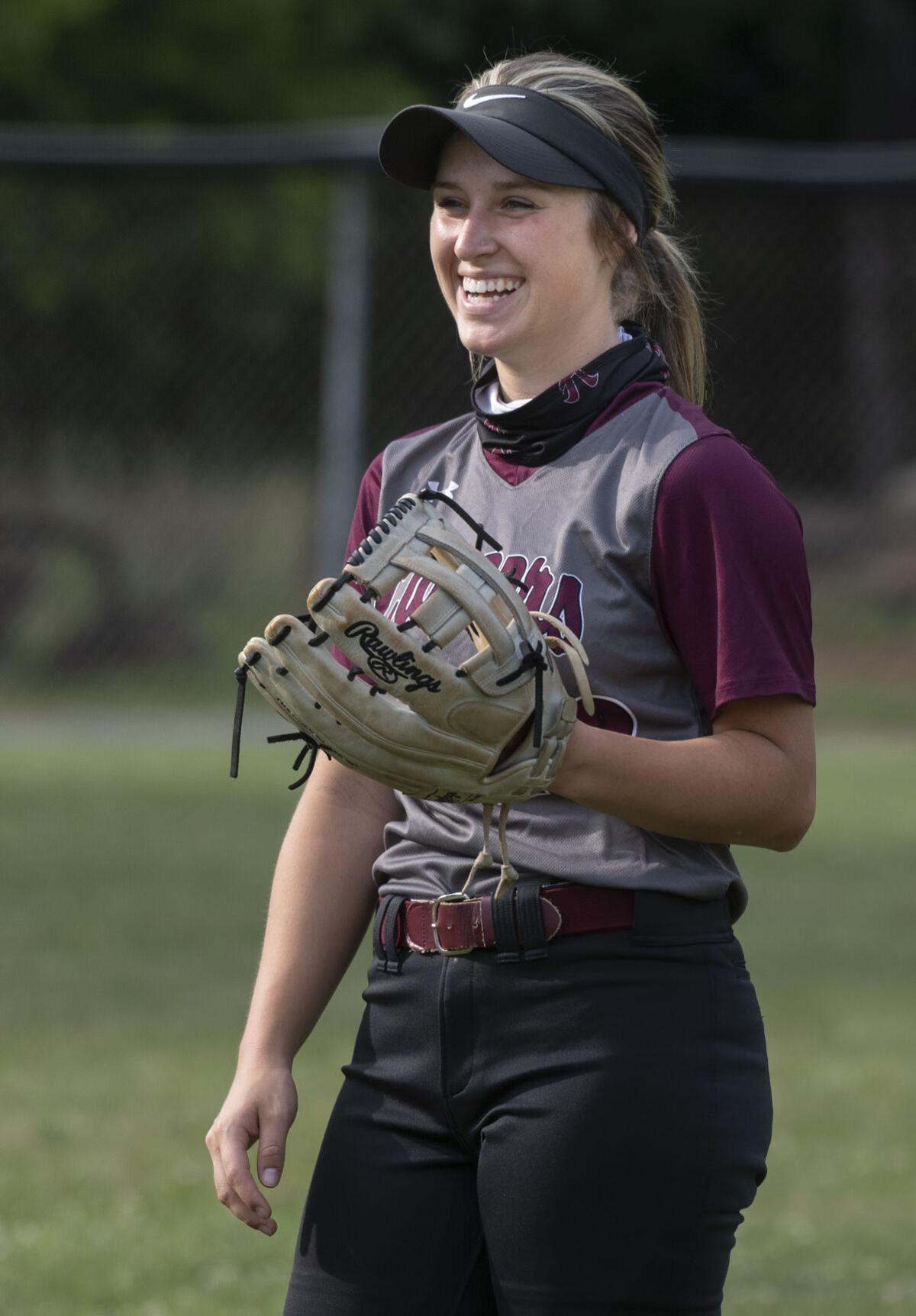 Lancer coach Samantha Thacker chats with her team prior to a recent home game.

The Lady Lancers softball team dropped a 5-4 game to Rustburg in extra innings recently, but the Amherst coach saw nothing but blue skies after the loss, as did several of her players.

“This was a big game for our team. We got down in the fourth but did not let that stop us. The girls were able to do what they needed to in order to get on base and score four runs with two outs in the sixth,” said Coach Samantha Thacker. “As I coach, I couldn’t be more proud of their fight and determination. This team deserves to be recognized for the accomplishment of being the first team to score on Rustburg this year. They are a strong team, but Amherst is as well and they are continuing to prove that each game. They put their hearts out there and continue to fight each game. The ending wasn’t what we necessarily wanted, but to fight back and take Rustburg to nine innings shows the drive that these girls have. I am thankful to be able to coach such a determined team.”

Lady Lancer pitcher Dylan McNerney tossed the entire nine innings and struck out eight Red Devils while not walking anyone.

“This was such an exciting game. We were pumped up the entire game and you could really feel the energy just explode when we were able to break things open in the bottom of the sixth,” said McNerney. “Maegan Lloyd got it started when she was able to get on base and it was followed up with back-to-back hits by KK Ramsey and Maddie Jennings, then Tyah Charlton was able to tie it up with an absolute shot over the center field fence. We battled all the way through nine innings and never gave up. I absolutely love this team and the heart they have for the game.”

Jennings, who was McNerney’s catcher, accounted for one of the runs scored.

“For our team to not give up shows a lot, considering how young the team is. Even though we came up a little short in the end, I am so proud of the way we fought back to score four runs against Rustburg,” said Jennings. “The way our team cheers on each other and the bond that we have, I wouldn’t trade it for the world. I believe our team can go all the way with the hard work and effort that every individual has put in.”

Shortstop Charlton held down her spot in the infield while she swung a big bat, with her two-run homer against Rustburg.

“We as a team knew going into the game that it was going to be a tough fight. We did what we had to do to move each other on the bases and score some runs,” said Charlton. “Every at-bat I learned something different, so I was definitely overwhelmed and excited to tie up the game by hitting a two run homer.”

Outfielder Ramsey drew a base on balls while adding one run batted in.

“Our team went into the game knowing that it was going to be tough. We knew we had to give it our all and not back down,” said Ramsey. “So, that is what we did. We were down 4-0 in the bottom of the sixth, but that didn’t faze us. We work as a team; that’s what I love about us. In the bottom of the sixth we brought it together and tied the game 4-4. You could feel the excitement of everyone who was there for us. No one had scored on Rustburg yet, and we were the first. We came up short in the end, but I couldn’t be more proud of our team. We stick together through it all, and give it 110% no matter what.”

Lloyd was also productive at the plate with two hits in four at-bats while scoring once.

On May 20 the Lady Lancers hosted Liberty Christian Academy and like the boys team sent the Bulldogs back across the river with a loss.

The Lady Lancers softball squad pounded the Lady Pioneers of Heritage, 20-2, in a game that included multiple players with several hits each, along with a few home runs.

Lancers shut out Liberty to improve to 7-1

The Lancer baseball team upped its record to 7-1 on May 25 by blanking Liberty High School, 9-0.

The Lady Lancers softball team picked up a road win on May 25 with a 3-2 come-from-behind victory against Liberty High School.

Amherst comes back to defeat LCA on Wentz' walk-off

Freshman Dalton Wentz was sitting fastball, so his eyes lit up when the pitch arrived from Liberty Christian reliever Sully Holmes. Next thing…

On May 13 the Lancer varsity boys soccer team clipped Heritage, 3-2, which at the time gave new Amherst coach Grant Collier a 2-1 record.

Lancer coach Samantha Thacker chats with her team prior to a recent home game.