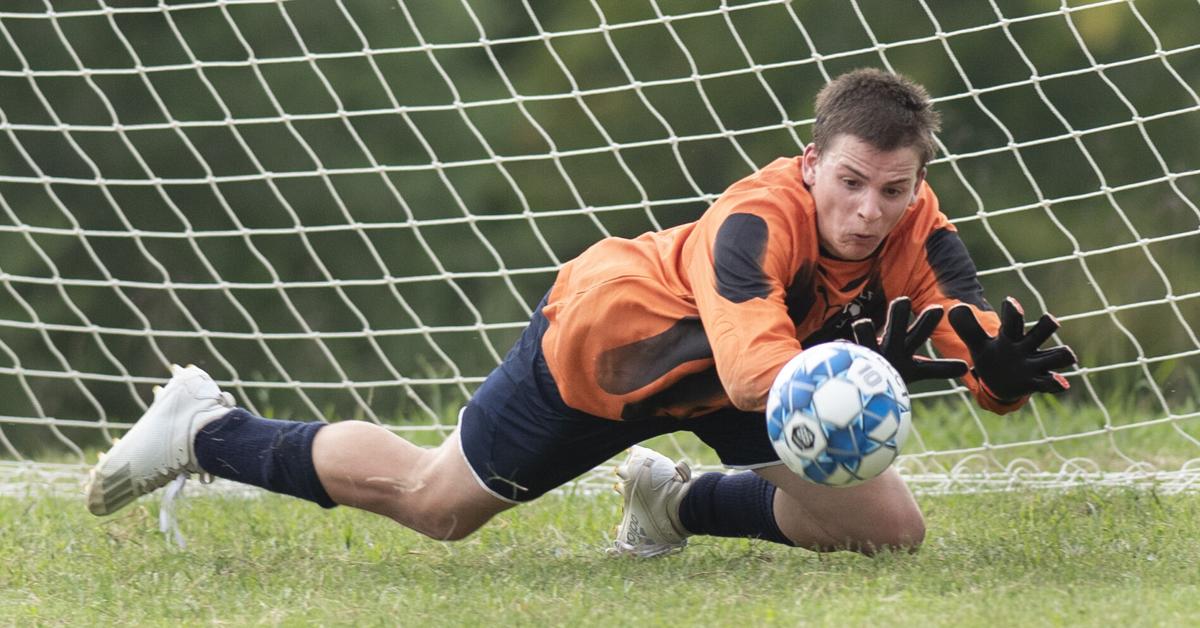 Temple goal keeper James Helbling dives to record another save against Grace Christian in the season opener last week. 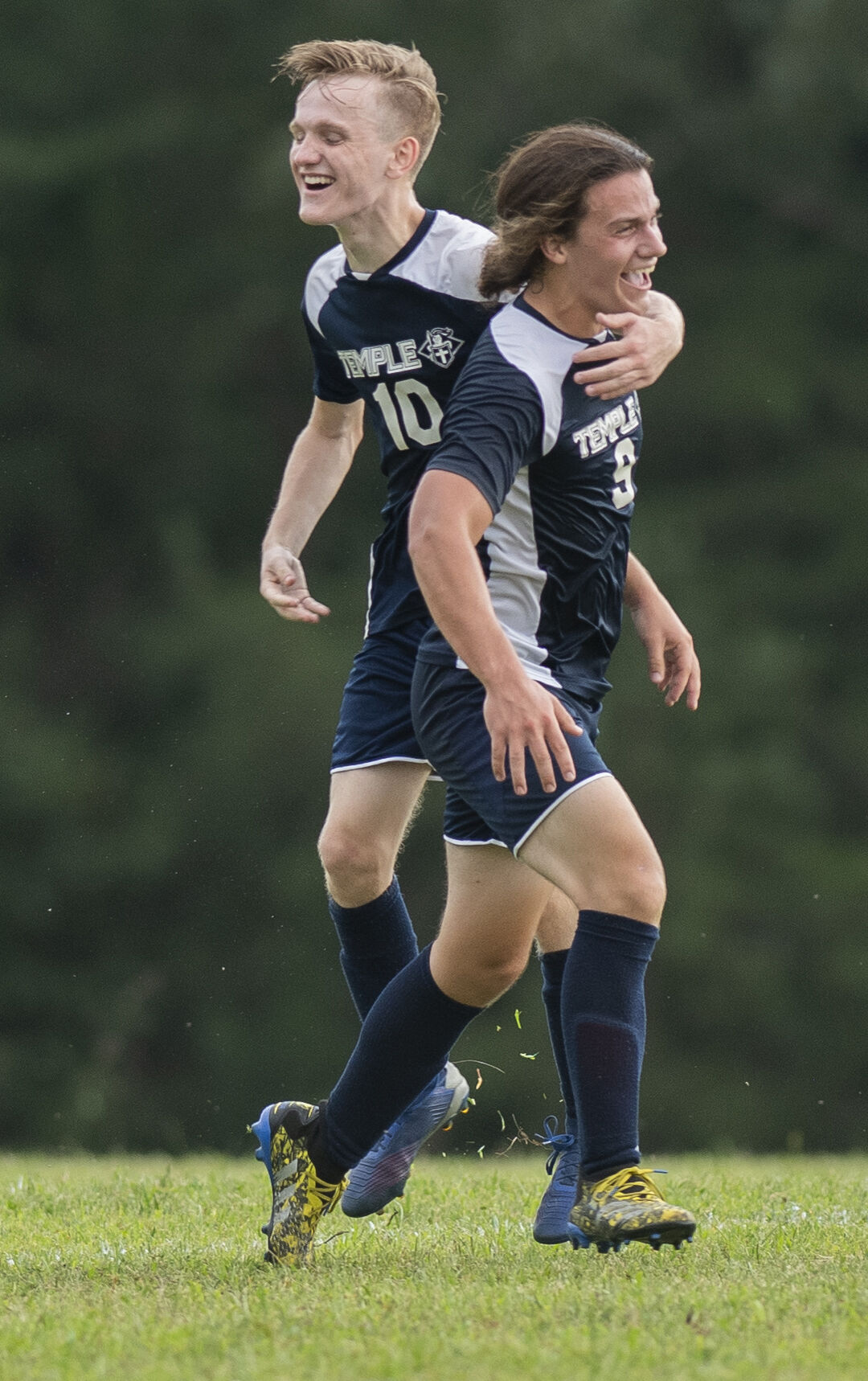 Crusader Quinten Chiarizzio celebrates with Richard Brown after Brown scored the only goal for Temple against Grace Christian with his assist last week. Temple lost, 4-1. 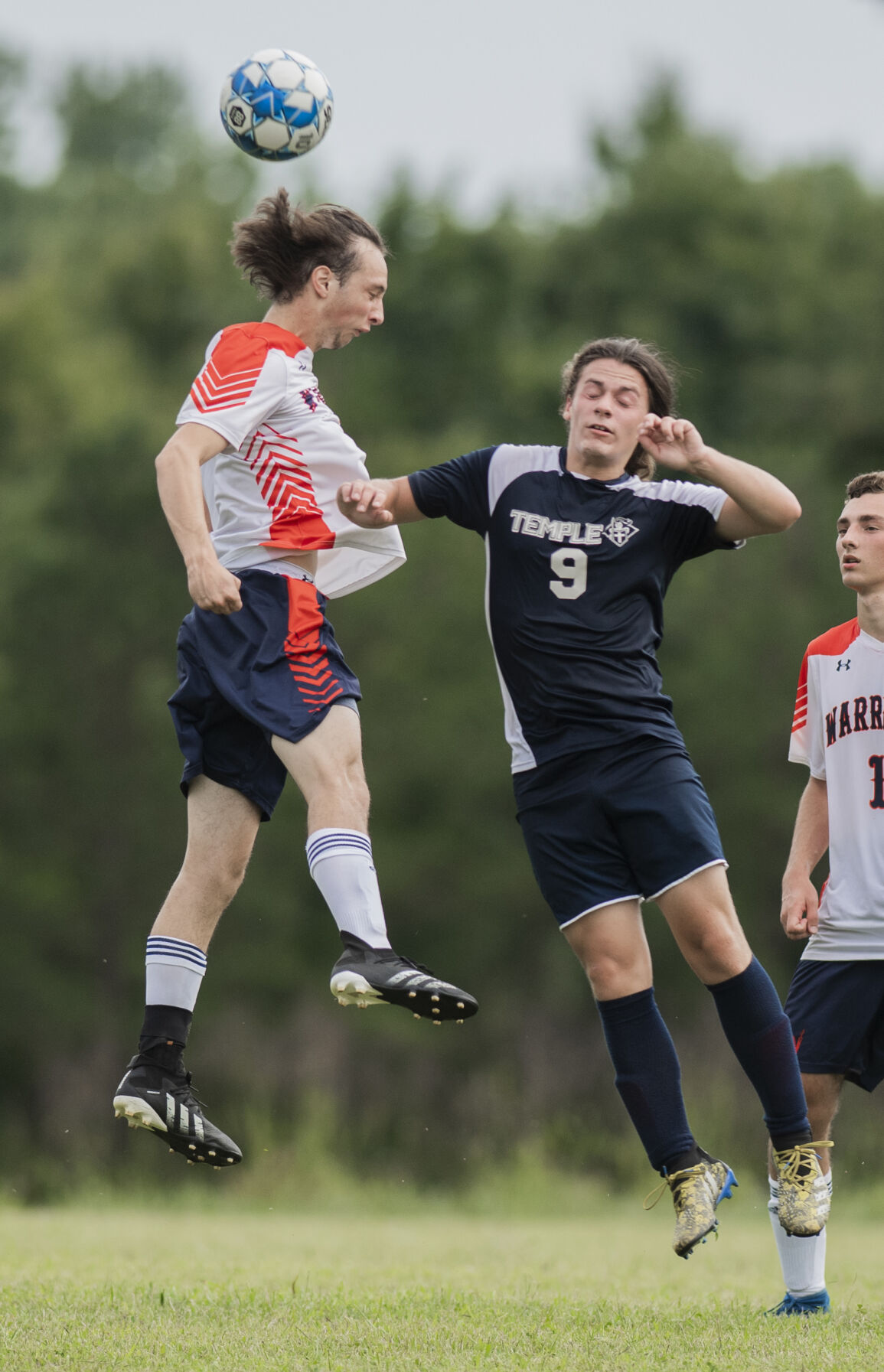 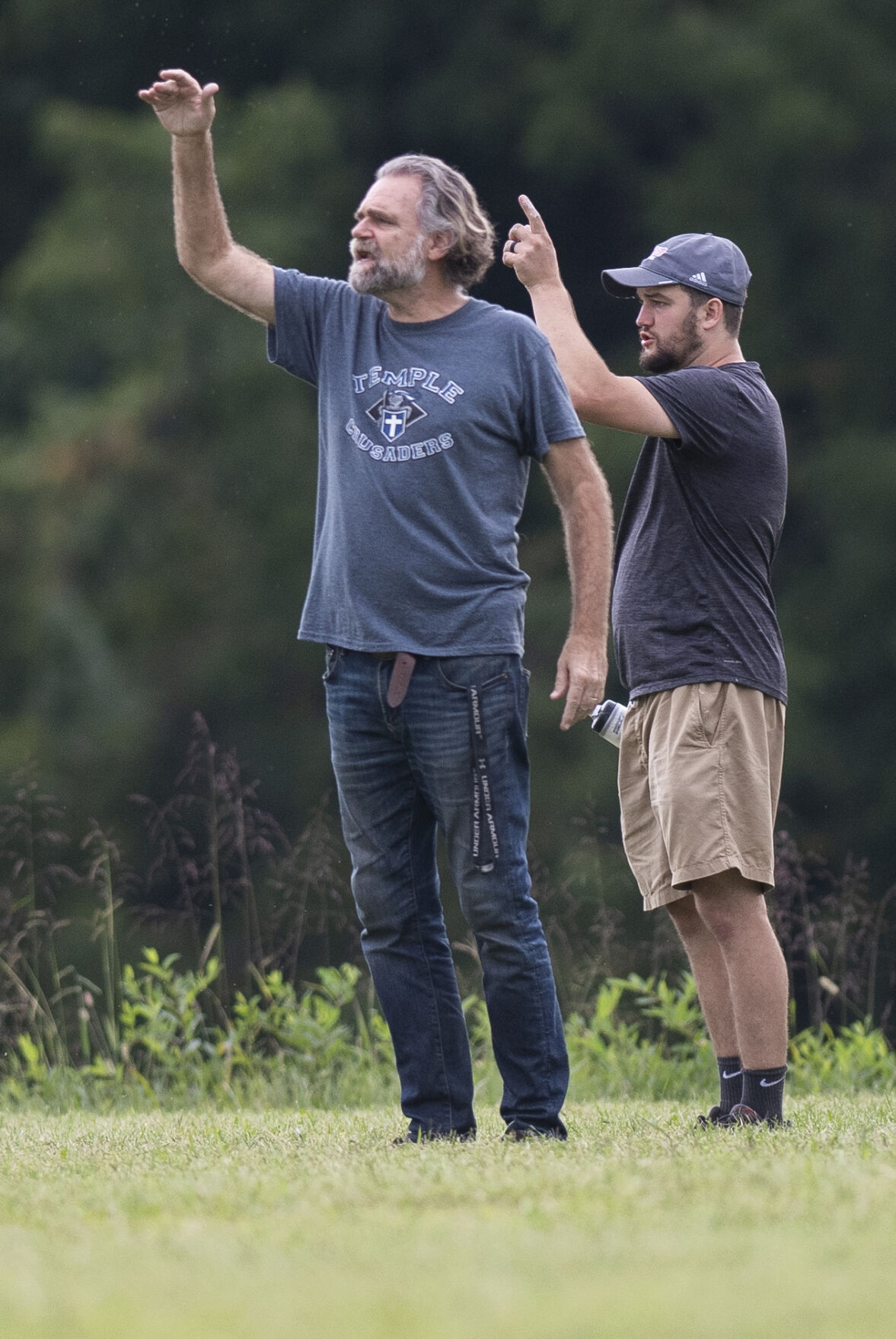 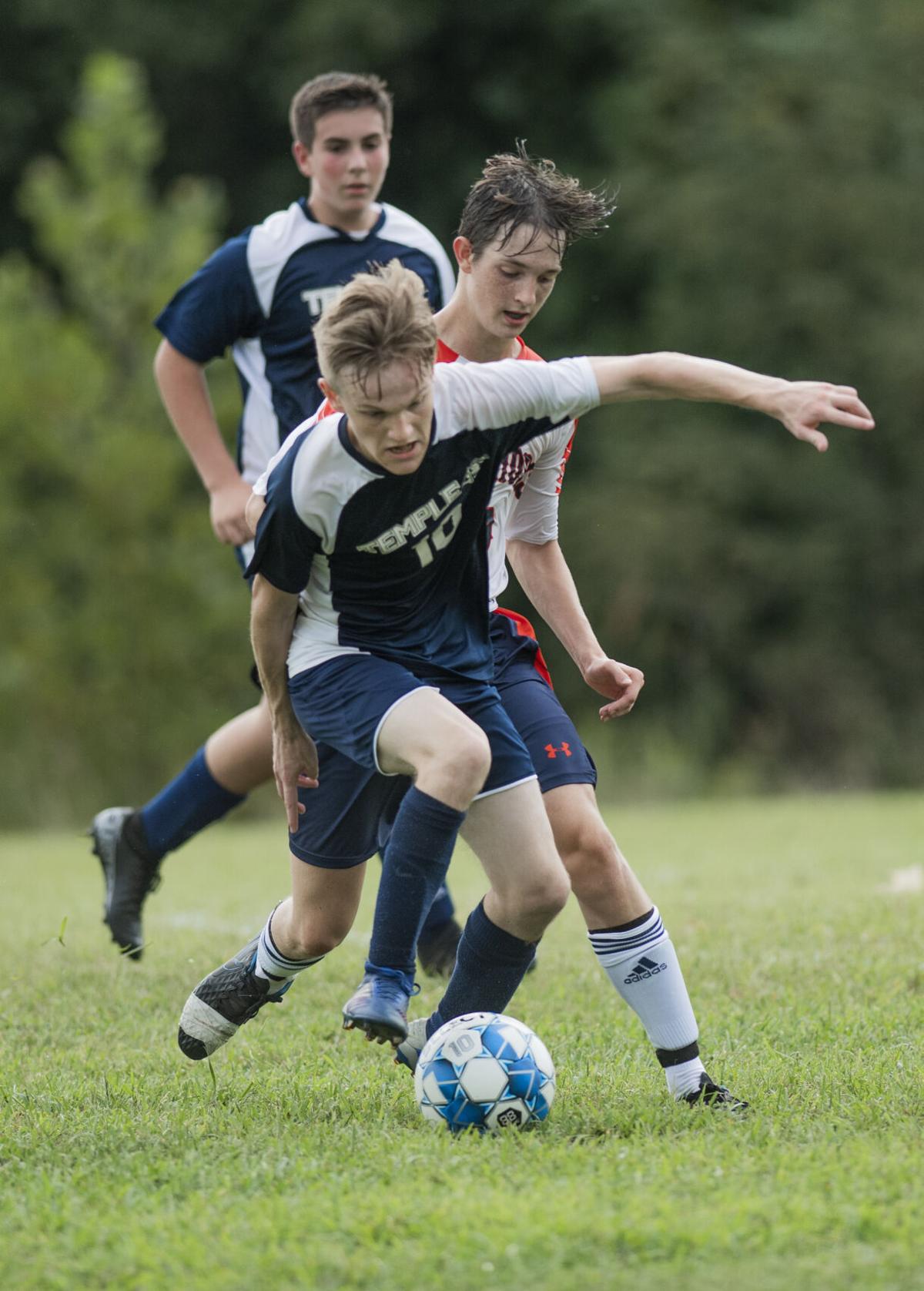 The Temple Christian soccer team had its season home opener spoiled by Grace Christian as the Crusaders fell, 4-1, last week.

Richard Brown scored the Crusaders’ lone goal in the first half with an assist from Quinten Chiarizzio.

“We are a young team with four 8th graders starting but that didn’t slow us down,” said first-year coach Joshua Ashcroft, who replaced longtime Temple coach JR Swisher. “We have a tenacious team that does not give up or back down. It took 30 minutes to score on us and we immediately came back 5 minutes later with a counter goal.

We held out for another 25 minutes in the second half before a questionable penalty kick landed our opponents another goal and it wasn’t until the last 10 minutes that they scored their next goals.

I am excited to see us grow as a team and the effort I saw today bodes well for our season.”

Guarding the net for Temple was James Helbing, who had at least 16 saves in the match, according to Ashcroft.

The Crusaders also have a new assistant coach, Andy Ashcroft.

Varsity volleyball squad back in action, loses to Red Devils

The Lady Lancers volleyball team finally got back on the court last week following a pause on the season from COVID-19. The only problem was i…

The Lady Lancer varsity and JV volleyball teams' season-opener set at Nelson County on Aug. 24 was canceled as COVID-19 skyrocketed in Amherst…

Temple goal keeper James Helbling dives to record another save against Grace Christian in the season opener last week.

Crusader Quinten Chiarizzio celebrates with Richard Brown after Brown scored the only goal for Temple against Grace Christian with his assist last week. Temple lost, 4-1.