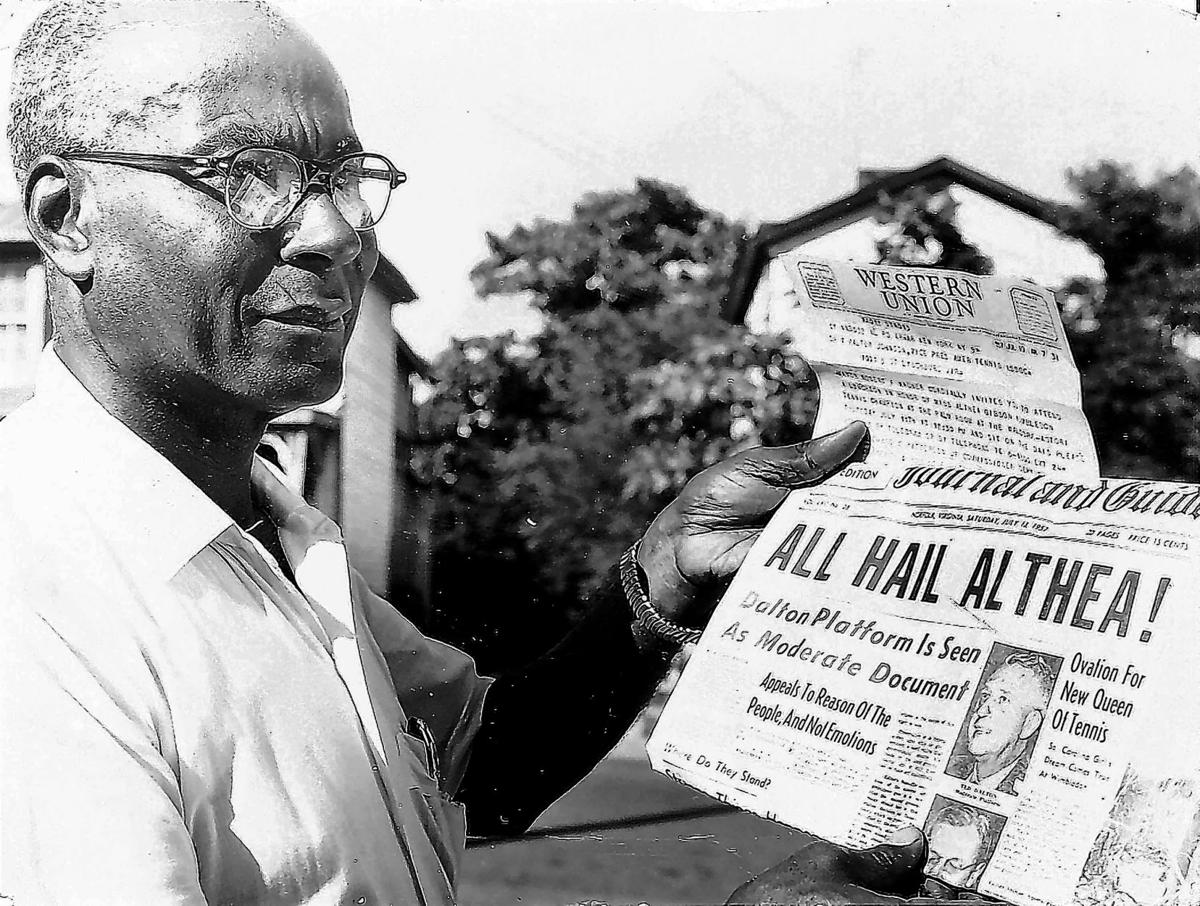 Dr. Robert Walter Johnson holds a newspaper highlighting his former student Althea Gibson in this News & Advance file photo. A new play about his life, "Sunday's Child," debuts this weekend, to raise money for the Johnson Health Center and the Whirlwind Johnson Foundation. 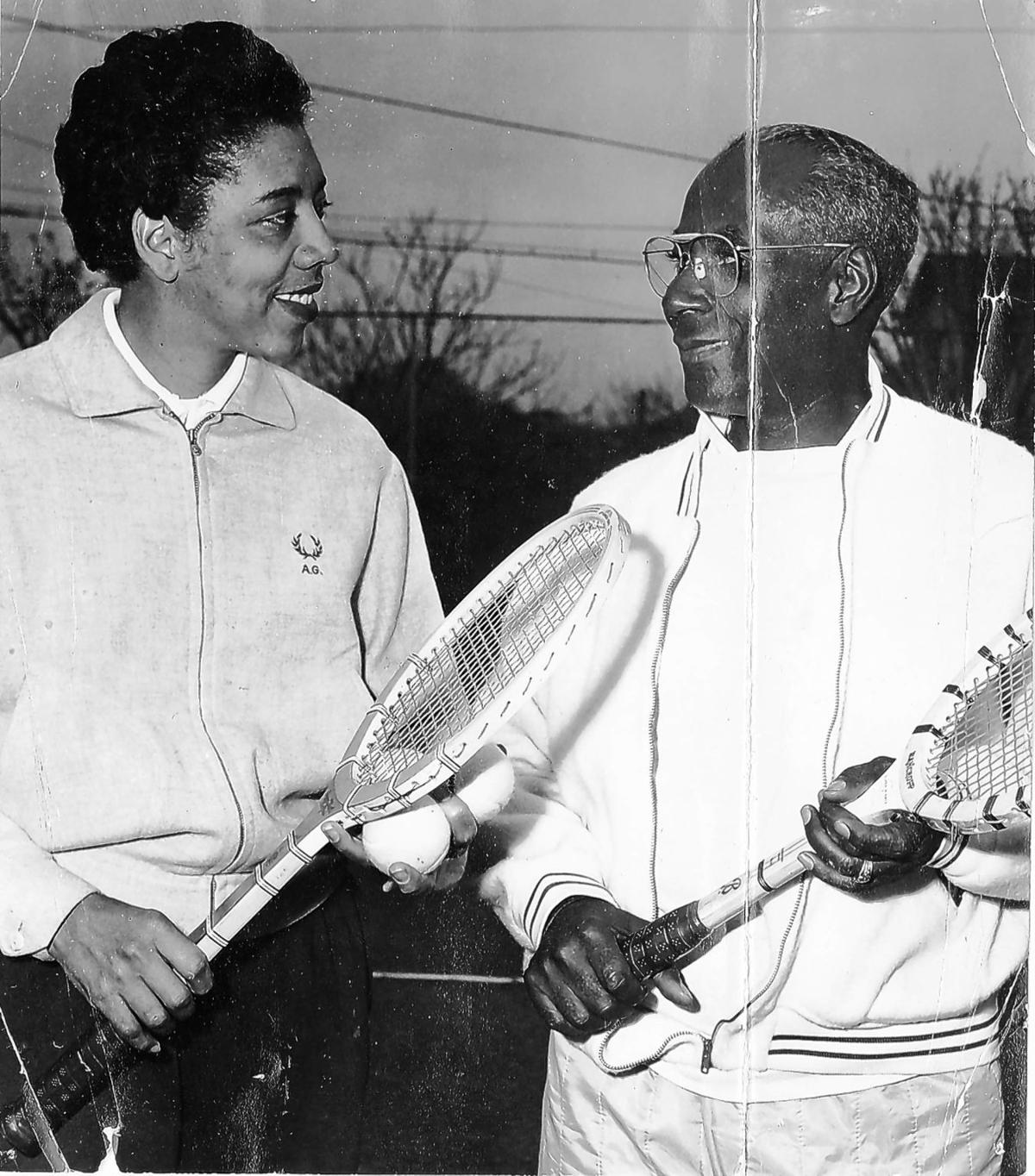 Robert Walter Johnson, right, and Althea Gibson, who he coached at his Pierce Street home.

The saying goes, Sunday’s children are full of grace.

This is somehow rather fitting when it comes to the character of Dr. Robert Walter “Whirlwind” Johnson, who came into the world on a Sunday.

It is for this reason that Jennifer Petticolas titled her new play about Johnson’s life “Sunday’s Child.”

The play will debut this Saturday as part of a benefit at the Academy Center of the Arts’ Warehouse Theatre to raise money for the Johnson Health Center and the Whirlwind Johnson Foundation.

“A lot of things have been seemingly falling in the right direction of him getting the recognition for what he did, not only in the field of medicine, but also in the sport of tennis,” says Lange Johnson, Robert Johnson’s grandson and president of the Whirlwind Johnson Foundation.

“Sunday’s Child” was commissioned by the Johnson Health Center — named for the late doctor — in celebration of its 20th anniversary.

“We decided it would be a great way to kind of commemorate our history,” says Sherry Pollard, patient engagement specialist at the health center.

When the organization proposed the play to Petticolas, she realized she could focus the play on tennis, “but it would have meant we somehow would have had to put a tennis match onstage.”

Instead she decided to try and illustrate not just his sporting accomplishments but his entire legacy, including his contributions to medicine and the city’s civil rights movement.

“I think it’s important to have all sides, if possible,” she says. “… He contributed so much to this community and the nation as a whole.”

Tennis is certainly mentioned in the play, as is Johnson’s coaching of Wimbledon champions Althea Gibson and Arthur Ashe, but so are his medical practice on Fifth Street and his becoming the first black physician to earn staff privileges at Lynchburg General Hospital.

“He was concerned with quality health care and decent housing,” says Moore.

“Sunday’s Child” plays out like a one-man show with seven first-person monologues exploring different aspects of the Godfather of Black Tennis. The performance also incorporates slides with photos from Johnson’s life, Petticolas says.

Petticolas says she stuck to historical facts as much as she possibly could because she knew Johnson’s family members would be sitting in the audience.

To keep her play as accurate as possible, Petticolas says she read letters, newspaper and magazine clippings and books.

She also interviewed people who knew Johnson personally, including members of his family, former tennis students, ministers from area churches and other community members he helped along the way.

It took Petticolas eight months to research and write “Sunday’s Child,” but the timing of the play’s debut is excellent, says Lange Johnson.

“In May of 2018 we, alongside the [United States Tennis Association], restored the backyard tennis court that my grandfather coached Althea Gibson, Arthur Ashe and close to 200 other students [on] between 1951 and ’71.”

Proceeds from the benefit event will be split between the Johnson Health Center and the Whirlwind Johnson Foundation, which has now focused its efforts on restoring Johnson’s house on Pierce Street.

While audiences will have to wait until Sunday to see Johnson come to life onstage, Moore and a few representatives from the Johnson Health Center already heard the play during a special table reading.

“I couldn’t see moving forward without them knowing exactly what was on paper,” says Petticolas.

Moore says the playwright did an excellent job of capturing her father’s spirit.

She also hopes that seeing her father’s story play out on the stage instead of reading about him on the page will inspire others to continue Johnson’s work of helping the community.

“He was a remarkable man and he did so much for others,” she says. “I think it’s evident because there are others who feel the same as I do.”

Frank Bonner, star of 'WKRP in Cincinnati,' dead at 79

Anthony Mackie to host the 2021 ESPYs

Anthony Mackie to host the 2021 ESPYs

Dr. Robert Walter Johnson holds a newspaper highlighting his former student Althea Gibson in this News & Advance file photo. A new play about his life, "Sunday's Child," debuts this weekend, to raise money for the Johnson Health Center and the Whirlwind Johnson Foundation.

Robert Walter Johnson, right, and Althea Gibson, who he coached at his Pierce Street home. 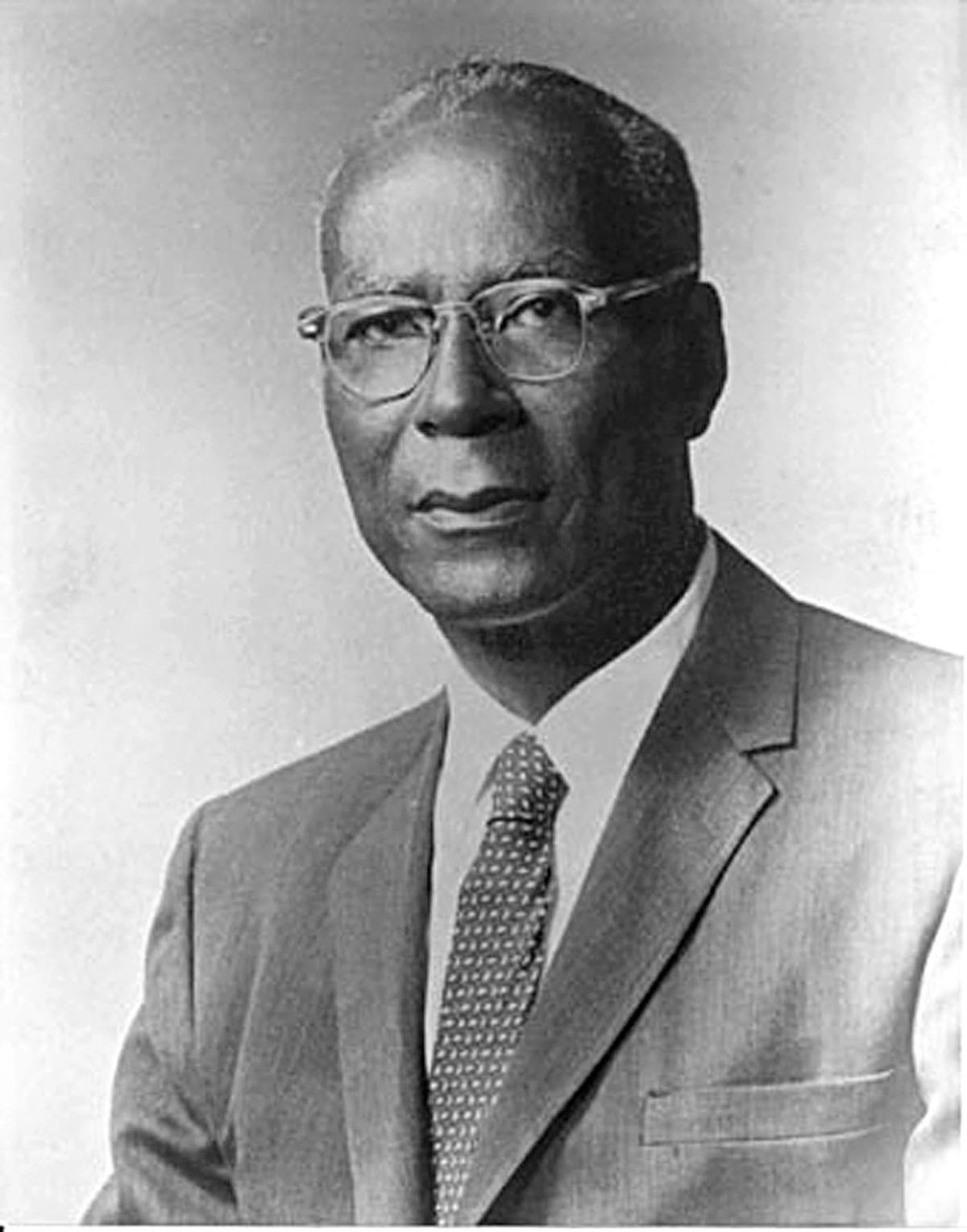