Bonnie Elizabeth Parker and Clyde Chestnut Barrow, the Texas-bred outlaws better known in pop culture by only their first names, cast a long shadow in "The Highwaymen," a new movie version of the story of how Parker and Barrow robbed and killed their way through a large swath of the country in the early 1930s.

Bonnie and Clyde loom large, but they are also largely invisible.

Although we see Bonnie (Emily Brobst) helping to orchestrate a jailbreak in one early scene, it is only from the back, and at a distance. Unlike the 1967 film starring Warren Beatty and Faye Dunaway — a multi-Oscar nominee, including two wins — we hardly know what she or her partner-in-crime (Edward Bossert) even look like, until their violent end.

That's because "The Highwaymen," an excellent and entertainingly old-fashioned police procedural about the case, isn't really about Bonnie and Clyde at all.

Rather, it's the true story of the two men who hunted them down: Frank Hamer and Maney Gault, played by Kevin Costner and Woody Harrelson as a kind of twangy Holmes and Watson, dogged in their pursuit of justice, and with the ability to identify a brand of tobacco simply by sniffing a cigarette butt.

In that sense, the new movie offers a corrective to the older one, in which the character of Hamer (Denver Pyle) was almost the villain, a humorless curmudgeon who pursued what that movie presented as fun-loving bandits not out of a sense of right and wrong, but out of vengeance. In one famous scene, Bonnie and Clyde take Hamer hostage and humiliate him.

Costner and Harrelson are low-key fabulous as a pair of middle-aged former Texas Rangers, brought out of retirement and assigned to a special highway detail by the Texas governor, Miriam "Ma" Ferguson (played by a no-nonsense Kathy Bates in a role that deserves its own movie).

With no jurisdiction outside their home state, Frank and Maney must bend the rules to follow their quarry, who have left a trail of blood and bank robberies from New Mexico to Iowa and south to Louisiana.

In doing so, the film's heroes also run afoul of the U.S. Bureau of Investigation (as the F.B.I. was then known), whose agents are depicted here as arrogant bumblers.

Without access to fingerprint kits, wiretaps or even police radios, Frank and Maney repeatedly put their federal colleagues to shame with little more than shoe-leather policing and their combined experience as manhunters.

And there are pleasures that go beyond the detective work, too. (Besides, who doesn't already know how things will end up? Not well for Bonnie or Clyde.) Directed by John Lee Hancock ("The Founder") from a serviceable and at times surprisingly sharp screenplay by John Fusco ("The Shack"), "The Highwaymen" also grapples with some fascinatingly contemporary themes.

In scenes in which Frank and Maney reminisce about their past adventures — including some where the notion of bending the law comes closer to breaking it — the issue of ethics in law enforcement is brought to the fore, sometimes painfully.

Other echoes of today come from the ways in which Bonnie and Clyde use the media — meaning, in those pre-Instagram days, the newspaper — to cultivate a following. (The movie opens in 1934, during the Great Depression, a time when the public often identified more with bankrobbers than with those who were trying to catch them.)

Of course, Frank and Maney realize pretty quickly that they're probably not going to be able to take Bonnie and Clyde alive. In any other version of this story — especially one in which the bad guys are depicted as folk heroes — this realization would be hard to swallow, even accepting the fact that they're coldblooded murderers. (Frank calls them "animals" at one point, and the film goes to great lengths to itemize their depredations.)

What's most interesting is that the word "highwayman" has a double meaning: It can refer both to the bandit and the person who patrols the roadway.

Here, that ambiguity suffuses "The Highwaymen," making what is otherwise a straightforward tale of cops and robbers, one in which the lines between good and evil are so sharply drawn, into a richly nuanced morality story.

Here's a curated collection of what's arriving on TV, streaming services and music platforms this week.

Here's a look at what's arriving on TV, streaming services and music platforms this week.

This week on our movie podcast '... Just to be Nominated,' we're talking about films that paint a picture of America

This week the hosts of our movies podcast, '...Just to be Nominated,' are talking about films that paint a picture of America. 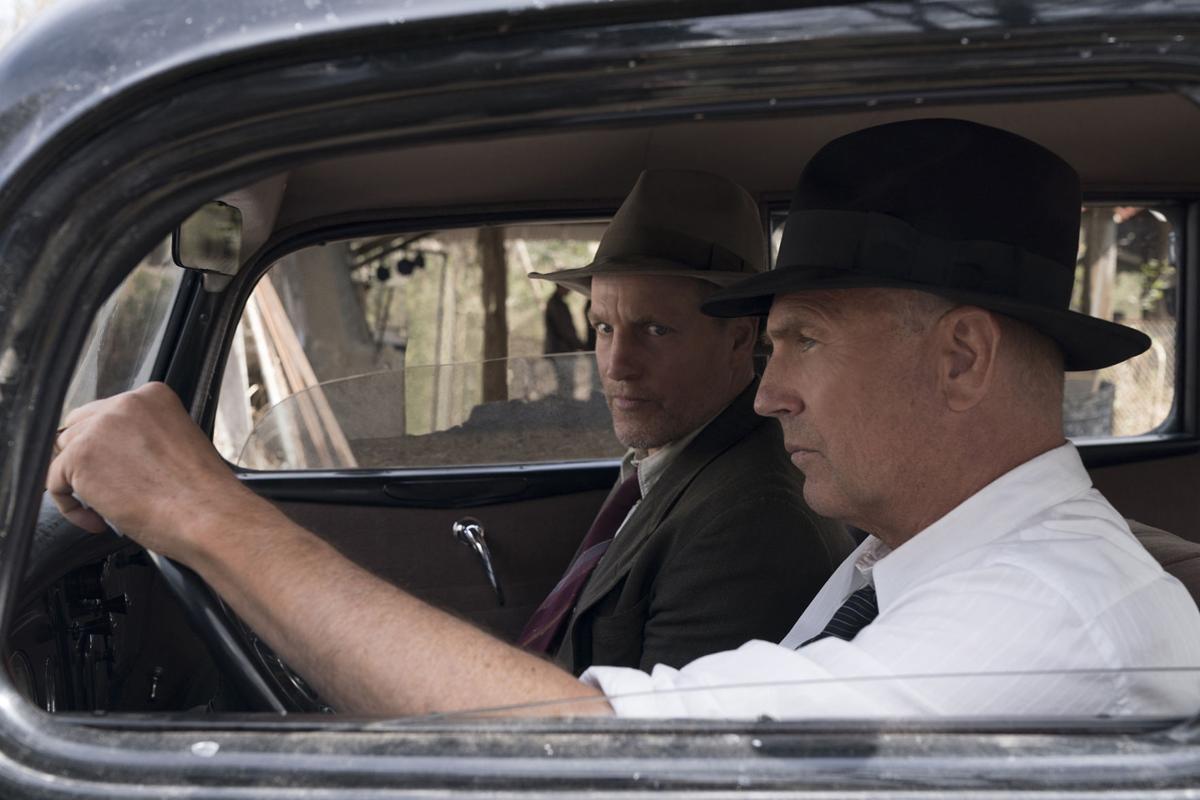 Woody Harrelson, left, and Kevin Costner play the lawmen who hunted down outlaws Bonnie Parker and Clyde Barrow in “The Highwaymen.” 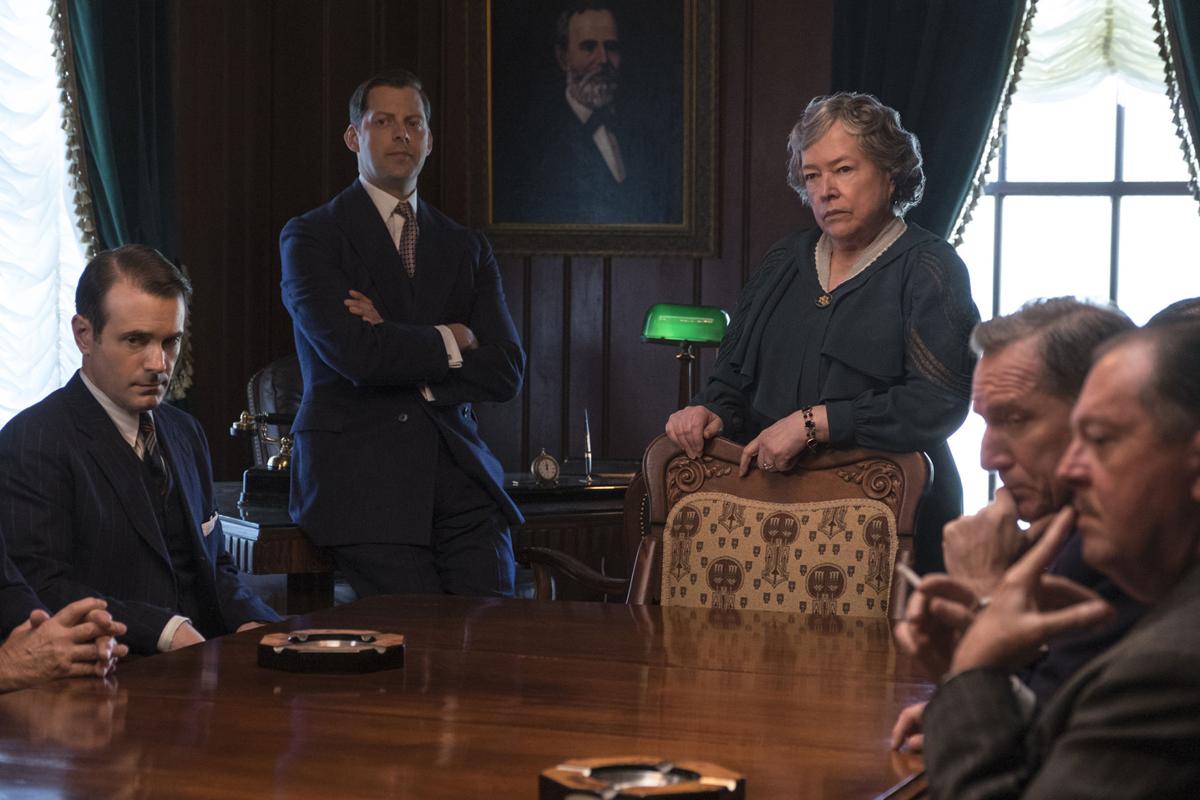