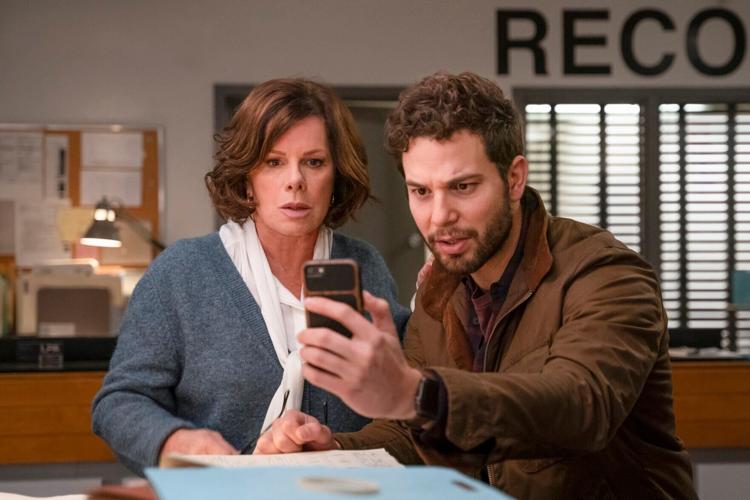 Marcia Gay Harden and Skylar Astin join forces in "So Help Me Todd." 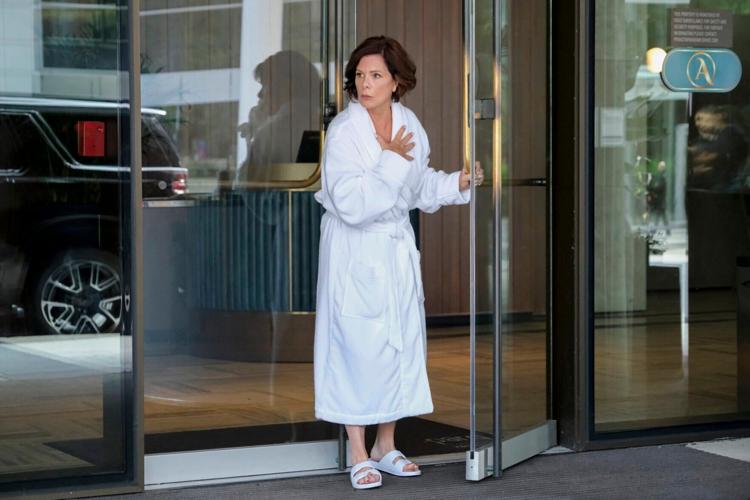 Oscar winner Marcia Gay Harden investigates a crime while at the spa in "So Help Me Todd." 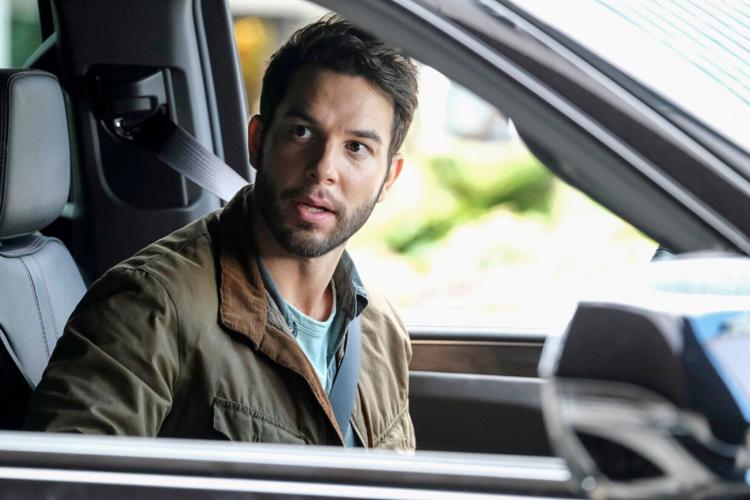 Skylar Astin takes an unorthodox approach to solving crimes in "So Help Me Todd." 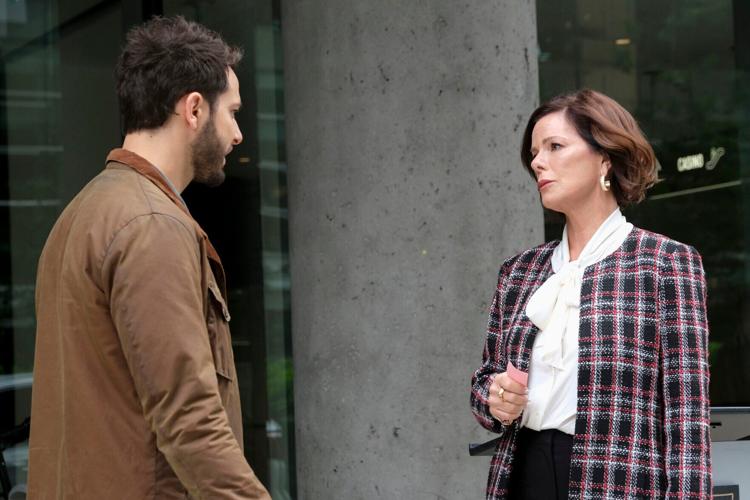 Skylar Astin as Todd and Marcia Gay Harden as Margaret.

If you gave “Murder, She Wrote” a contemporary spin and added in plenty of new media, you’d wind up with “So Help Me Todd,” a fun new mystery that brings out the best in Marcia Gay Harden and Skylar Astin.

The two play a mother/son team who investigate cases in her blue-chip law firm in Portland. First, though, they have a little personal history to be mined.

Todd, it seems, lost his license as an investigator and is at a loss where to turn. Mom has always bailed him out and now needs a little help of her own: Her husband has suddenly disappeared. Using easily accessible tech skills, Todd discovers he’s still around. In the process, mom learns there’s a way to get info that doesn’t involve a request for records and an extended wait.

Todd is like every adult child of a tech-impaired parent. He has to introduce her to the joys of social media, surveillance and search engines. In no time, she’s practically an influencer.

Created by Scott Prendergast and loosely based on his own life, the series fits well in the CBS family – not too taxing but filled with enough mystery to keep a viewer engaged.

What really works is the chemistry between Harden and Astin. She’s like Christine Baranski in “The Good Fight”; he’s like Martin Short in “Only Murders in the Building.” The two play off each other well and plus the cases with her ability to mine drama and his to find the humor.

To complicate matters, he has a sister (Madeline Wise) who appears to have succeeded where he hasn’t. He lives in her garage; she protects both sides during frequent family interrogations. She has baggage, too, but it doesn’t get thrown on the cart until the mother/son working relationship gets some traction.

At the office, he’s at odds with a co-worker who doesn’t approve of his unorthodox (read: illegal) ways of getting information. Lyle (smartly played by Tristen J. Winger) holds the line even when mom won’t.

In the first handful of episodes, there’s a “Perry Mason” approach to solving crimes. It works because there’s a learning curve that manages to include everything from MP9 files to podcasts.

Astin, who has been a big asset in series that haven’t made it, has a Neil Patrick Harris quality that enables him to both stand up to Harden and support her.

Their facility with physical comedy lifts “So Help Me Todd” just when it seems like it could go down a road CBS has already been. When the learning curve flattens, success will hinge on their ability to play. Right now, it looks solid. But even a “Bull” can be stretched only so far.

Considering she has been a part of more than two dozen Christmas films, it’s likely there wasn’t any angle Candace Cameron Bure hadn’t explored.

Forty-game winner Amy Schneider capped her big year by winning a hard-fought "Jeopardy!" tournament of champions in an episode that aired Monday.

Two Virginia chefs -- Daniel Harthausen of Richmond’s popular Young Mother pop-up and Charlottesville’s Antwon Brinson – have made it to the semi-finals on HBO Max’s ‘The Big Brunch.’

Nothing beats a little face time with Santa Claus.

Charlie Brown's optimism: Connor Barr says his outlook helps with being an actor

Ever wonder what kind of career Charlie Brown might have?

The new holiday film “Christmas at the Greenbrier,” filmed on location at The Greenbrier resort in West Virginia, is set to debut on Fox Nation’s streaming service on Thanksgiving Day, Nov. 24.

REVIEW: 'Fleishman is in Trouble' makes friendship a worthy proposition

No story about friends goes as deep as “Fleishman is in Trouble.” Looking at life after divorce, the eight-part limited series shows how Toby Fleishman (Jesse Eisenberg) relies on his friends to help him through some of the landmines life offers.

'Dancing with the Stars' scared up plenty of surprises Monday night

How’s this for scary: “Jersey Shore” has more fans than anyone thought.

Called it: Charli D'Amelio wins 'Dancing with the Stars' but that wasn't the only surprise

We called it last week. Charli D’Amelio and Mark Ballas won this season of “Dancing with the Stars.”

Moves in a Minute: “The Fabelmans”

Marcia Gay Harden and Skylar Astin join forces in "So Help Me Todd."

Oscar winner Marcia Gay Harden investigates a crime while at the spa in "So Help Me Todd."

Skylar Astin takes an unorthodox approach to solving crimes in "So Help Me Todd."

Skylar Astin as Todd and Marcia Gay Harden as Margaret.