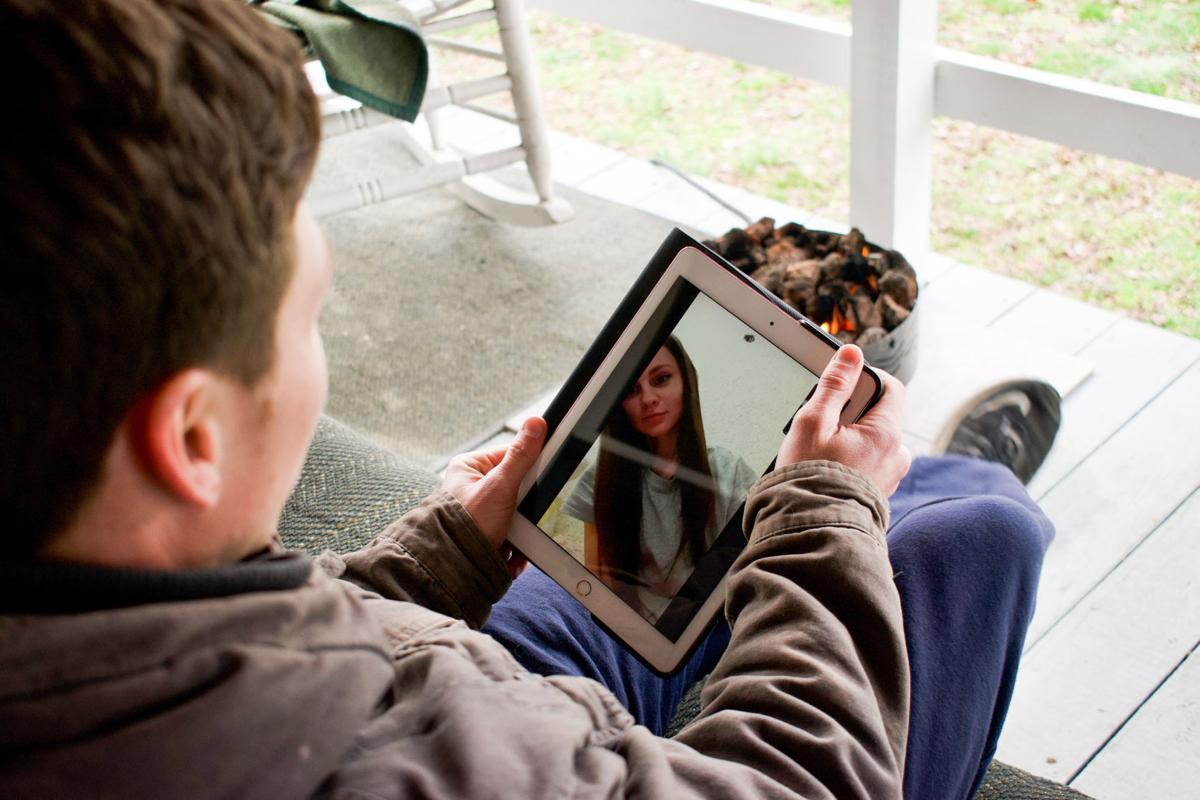 BRANDON on his porch video chatting with JULIA 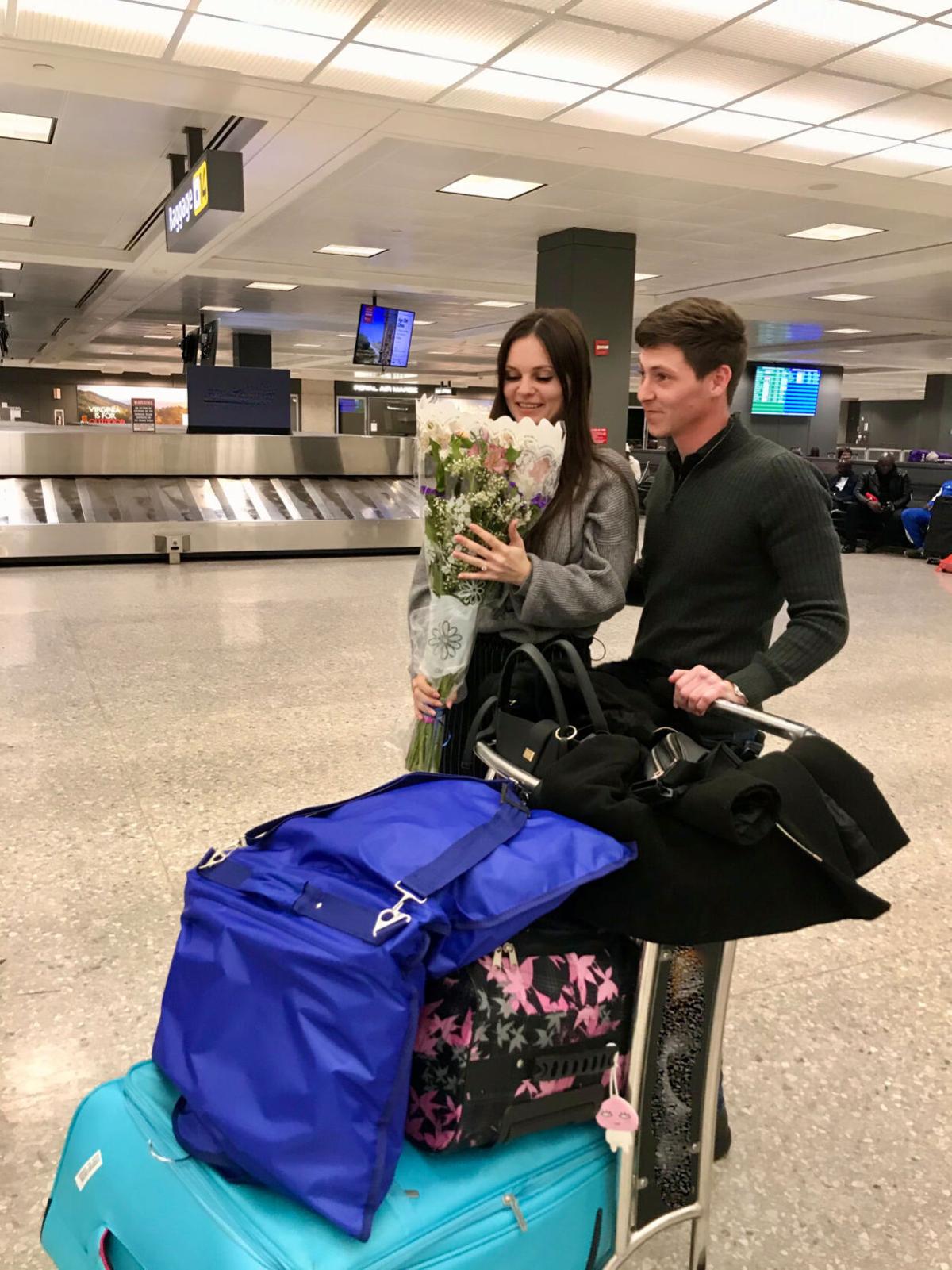 Above, Brandon meets Julia upon her arrival to the U.S. Below, a line or two if you want it or I can adjust. Write as much as you want to. 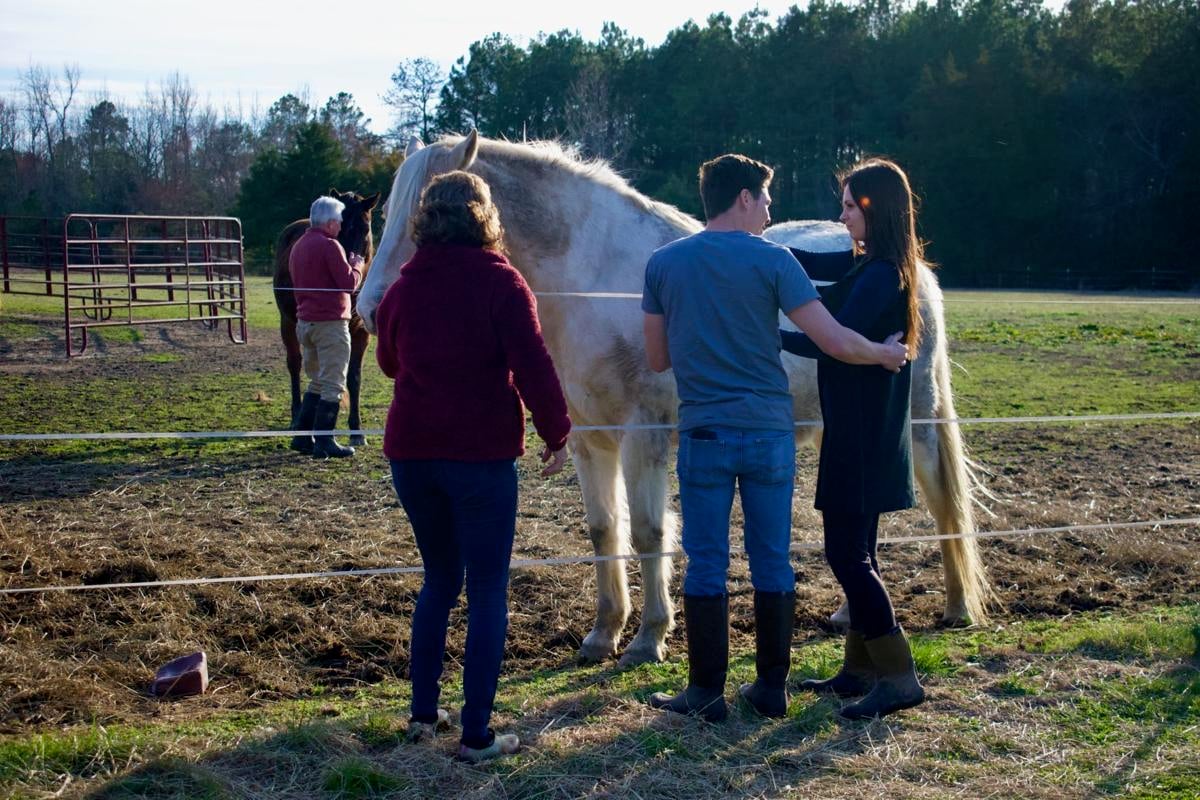 BRANDON and JULIA arrive home to BETTY and RON’s farm. 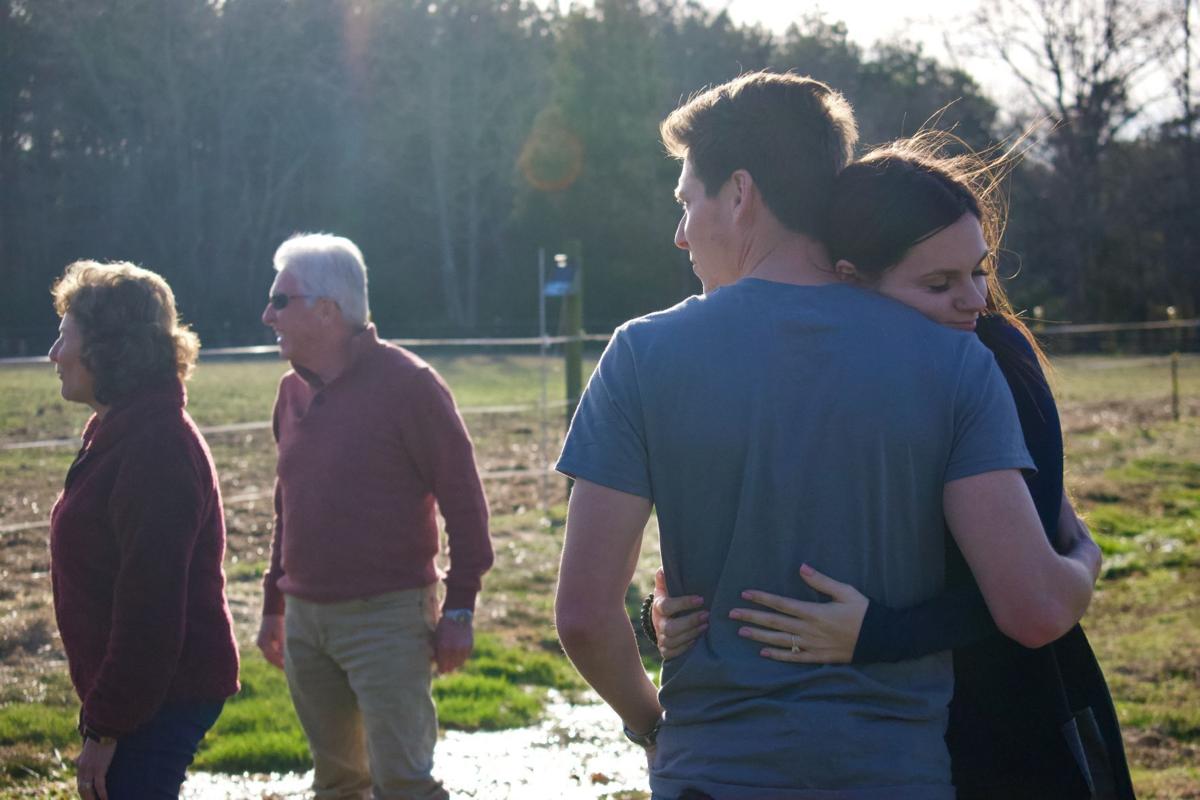 CLOCKWISE FROM TOP RIGHT: “90 Day Fiancé” has a local tie this season, with Brandon from Dinwiddie and Julia from Russia among the couples. They kept in touch with video chats before Julia came to America, where they’ve lived on his parents’ (Betty and Ron) farm. After Brandon met Julia at the airport, the clock began ticking on the visa that gives her 90 days to wed or she has to return home.

Virginia plays a role on TLC’s new season of “90 Day Fiancé,” a couples reality show where one of the partners is foreign-born and arrives in the United States to find true love on a 90-day special visa.

On the new season, Brandon, 28, from Dinwiddie County, and Julia, 26, a go-go dancer from Russia, are one of seven couples featured on the show.

Brandon was first introduced to Julia when his friend saw her go-go dancing in a club and decided to video chat with Brandon so the two could meet. Brandon fell in love with her instantly. They dated for five months online and met once in person before they met up again in Iceland and Brandon proposed.

The show starts post-proposal when Julia is headed to Virginia to live with Brandon on a K-1 visa that allows her to stay in the country for 90 days and get married. But if their love affair doesn’t work out, she’ll have to pack her suitcase and move back to Russia.

The show starts with a big problem for Brandon and Julia.

Because he’s spent all of his money on international trips to see Julia, Brandon decides the couple should live with his parents on their farm in Dinwiddie until he can save up for a place of the couple’s own. That poses a problem for Julia, a bona fide city girl, who is expected to help out on the farm. Brandon’s parents are conservative and force the couple to sleep in separate rooms. Will the couple’s love survive the Dinwiddie farm, or will Julia return to her go-go dancing days in Russia?

You’ll have to tune in to TLC’s “90 Day Fiancé” at 8 p.m. Sundays to find out. But first, we caught up with Brandon to ask a few questions about his Dinwiddie roots and what it was like appearing on the show.

QUESTION: Why did you decide to go on the show?

ANSWER: I heard about this show from the internet when I was online trying to learn Russian. When I found out about it, I told Julia. She then proceeded to watch all the episodes she could find online, and she fell in love with the show. Julia is the one who told me that we absolutely had to do the show. I wasn’t sure how excited I felt about being on TV, but she told me how strongly she felt about it, and I decided I would do this for her.

QUESTION: What do you like about living on the farm?

ANSWER. I have always preferred the solitude of the country. That has always been my favorite thing about living on a farm. I love the back roads, the nature and, honestly, the lack of people and congestion. That being said, I do like a night out to the city with friends. But when I’m home, the country is No. 1.

QUESTION: What is your job in Dinwiddie?

ANSWER: I’ve been working as a pest control technician for almost eight years now. A job that I truly love and find joy in every day. The job keeps me active and keeps me from being stuck in an office all day.

QUESTION: Did you think that Julia would be OK with living on a farm? Did you realize how important the city is to her?

ANSWER: I thought the farm might be a problem for Julia. I thought the No. 1 problem would be simply her inability to go anywhere while I was at work. But I also just wanted to stress to her that this was all temporary. That while it was not my favorite, I would move to a city with her if it’s what she ultimately wanted. I was hoping that somewhere in this 90 days she would fall in love with the country life as I have in my life.

QUESTION: Do you think your parents affected your relationship positively or negatively?

ANSWER: I think my parents negatively impacted my relationship during this time. It was the No. 1 thing I feel that keeps causing stress in our relationship. If I’d foreseen meeting the love of my life and bringing her overseas, I would have prepared our own separate living situation from my parents.

QUESTION: What was the best part of being on the show?

ANSWER: The best part was, it was quite the experience. Sometimes doing this work was a lot of fun.

QUESTION: What did being on the show teach you about relationships?

ANSWER: Being on the show and seeing my experience and other couples experience taught me not to do K-1 visas.

Brandon isn’t the only Virginia connection on “90 Day Fiancé.”

Tarik, 46, from Virginia Beach, is part of another couple on the show. He is engaged to Hazel, 28, from the Philippines, who discloses on the show that she’s bisexual and interested in adding another woman to the relationship.

The current season of “90 Day Fiancé” began airing Dec. 6. It will run through April 18.

A Stafford County house will be featured in an upcoming episode of HGTV's longest-running series, “House Hunters.”

Felix Silla, who played Cousin Itt on TV's "The Addams Family" and a robot on "Buck Rogers in the 25th Century," died Friday. He had pancreatic cancer.

Catch up on the latest in retail and restaurants in the Lynchburg area.

'The Bachelor' star Colton Underwood comes out as gay

British actor Helen McCrory, who starred in the television show "Peaky Blinders" and the "Harry Potter" movies, has died.

The top 10 books on the Apple Store

Tribute planned for Adam Schlesinger, who died of COVID-19

NEW YORK (AP) — Members of the Monkees, R.E.M., Dashboard Confessional and The Black Keys are turning out for a virtual tribute concert next month for Adam Schlesinger, who died of COVID-19 a year ago.

Intermission is over: Wolfbane Productions opens for first live indoor show since pandemic

Appomattox-based Wolfbane Productions is preparing to open its first live, indoor show since the COVID-19 pandemic closed the theater’s doors last March with an immersive experience.

Mike Tirico won't be anchoring NBC's primetime coverage of the Tokyo Olympics from the usual confines of a studio inside the International Broadcast Center. Instead, he will have a more picturesque location.

Jennifer Lopez and Alex Rodriguez told the "Today" show Thursday in a joint statement that they are calling off their two-year engagement.

BRANDON on his porch video chatting with JULIA

Above, Brandon meets Julia upon her arrival to the U.S. Below, a line or two if you want it or I can adjust. Write as much as you want to.

BRANDON and JULIA arrive home to BETTY and RON’s farm.

CLOCKWISE FROM TOP RIGHT: “90 Day Fiancé” has a local tie this season, with Brandon from Dinwiddie and Julia from Russia among the couples. They kept in touch with video chats before Julia came to America, where they’ve lived on his parents’ (Betty and Ron) farm. After Brandon met Julia at the airport, the clock began ticking on the visa that gives her 90 days to wed or she has to return home.