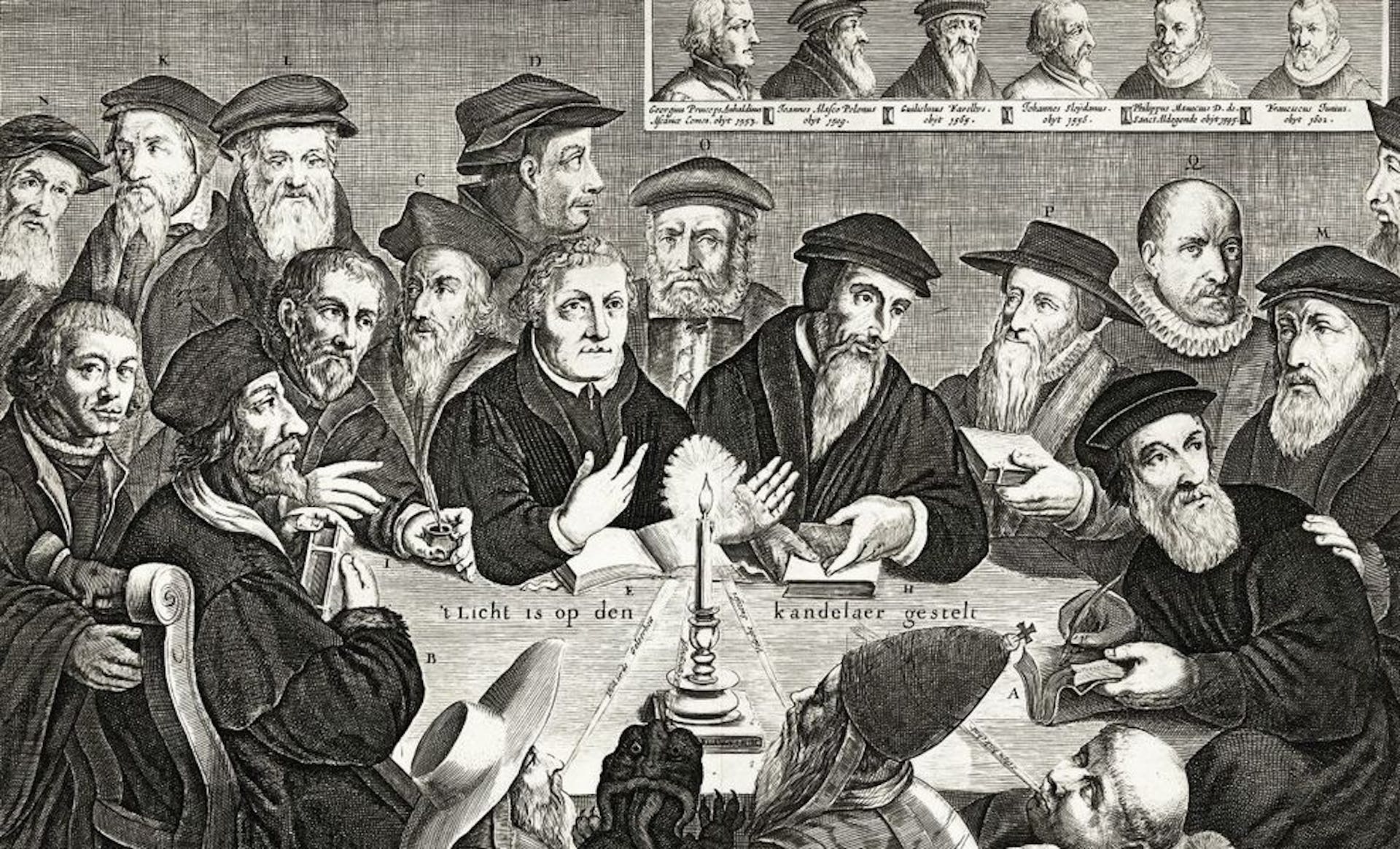 The Reformation's leading figures had diverse views, and some might have recognized themselves in "spiritual but not religious" people today. Rijksmuseum

For over a decade, one of the biggest stories in American religion has been the rise of the “Nones”, a broad term for people who do not identify with a specific faith. The religiously unaffiliated now make up just over one quarter of the U.S. population.

While the Nones include agnostics and atheists, most people in this category retain a belief in God or some higher power. Many describe themselves as “spiritual but not religious,” or “SBNR,” as researchers refer to them.

As a professor of theology at a Unitarian Universalist and multireligious seminary, I encounter many students who fit within the SBNR mold. They are studying to become chaplains, interfaith ministers and social activists. But they may be surprised to know how much they resemble certain Protestants who lived five centuries ago – some of the so-called radical reformers who split off from Martin Luther’s Reformation.

Spiritual but not religious

Scholars fret over the slippery definitions of “spiritual” and “religious.” What the average person tends to mean by “spiritual” is seeking or experiencing a connection with a greater reality, however they understand it. Meanwhile, “religious” often means belonging to a group with specific doctrines and rituals.

The spiritual but not religious are independent seekers, many of whom pray, meditate, do yoga and other spiritual practices outside the confines of a particular tradition.

The theologian Linda Mercadante spent several years interviewing SBNRs. In her book “Belief without Borders”, she identifies some common values. SBNRs tend to be individualistic, trusting their own experience and intuition as a guide. They reject claims that any one religion contains the ultimate, exclusive truth, but they also believe religions possess wisdom and offer “many paths to the same summit.”

Repudiating “organized religion” as a bastion of dogmatism and moral hypocrisy is common among SBNRs. They often explicitly reject what they understand to be central Christian beliefs. They don’t welcome a message that God loves them but will send them to hell for not accepting Jesus. But many continue to experiment with rituals and prayers that draw on established religions, including Christianity.

In 1528, Lutheran pastor Sebastian Franck decided he’d had enough of organized religion. Deeply disturbed by the moral failures of professing Christians, he resigned his pulpit.

The Protestant Reformation had recently split the Christians of Western Europe into various factions, pitting Roman Catholics against Lutherans, Zwinglians – whose influence lives on in Reformed churches today – and Anabaptists, who practiced adult baptism. They couldn’t all be right, so Franck concluded they must all be wrong. 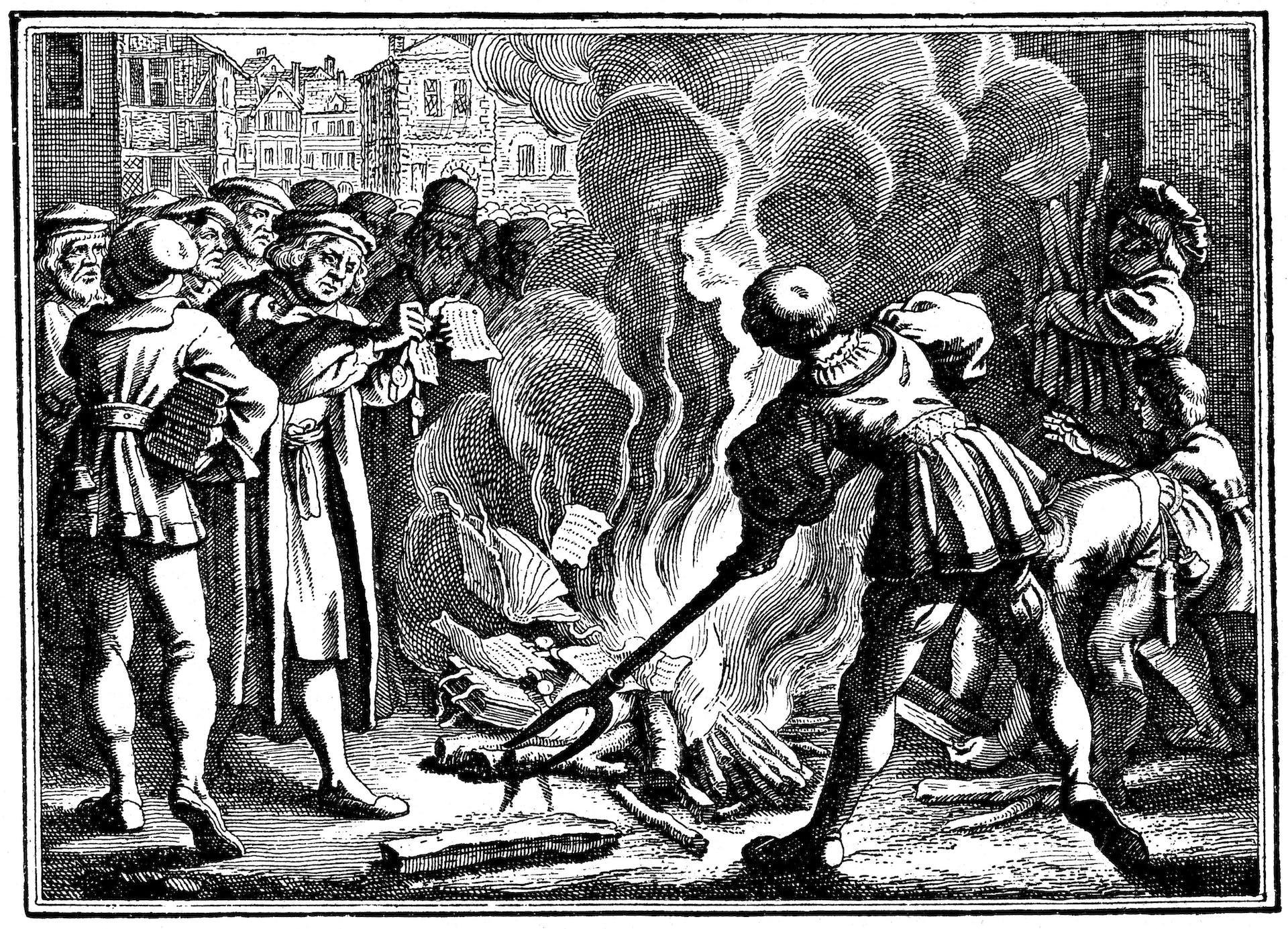 Martin Luther, drawn here burning the pope’s threat to excommunicate him, is the most famous Reformation-era reformer, but there were many more. Photo by Ann Ronan Pictures/Print Collector via Getty Images

Franck declared that the true church was the invisible fellowship of people who were instructed, not by the pope or the Bible, but by the divine spark within. He became a leading figure in a form of radical Protestantism that scholars would later call the “Spiritualists” or “spiritual reformers”. This diverse cast of characters downplayed or rejected the outward trappings of religion, such as rituals and sacraments. What really mattered was each individual’s direct encounter with God.

Hans Denck, who is sometimes credited as the first Spiritualist, described this experience as the “inner Word” speaking from within a person’s soul. “The Word of God is already with you before you seek it,” he wrote. Unlike typical Protestants, Denck and the other Spiritualists saw the Bible as redundant. Its purpose was to confirm what the believer already knew from the heart.

Because the inner Word resided within all human beings, certain Spiritualists held that salvation was not limited to Christians.

“Consider as thy brothers,” wrote Franck, “all … who fear God and work righteousness,” even those who never heard of Christ. There was no need to send missionaries to other nations. They already had the Holy Spirit to teach and spiritually “baptize” them.

Partly because of persecution and partly because of their emphasis on the individual, the Spiritualists rarely formed structured communities. Today, they are mostly forgotten outside of church history courses. But their influence shaped the founding of Quakerism, a branch of Christianity that, to this very day, seeks the guidance of the inner light.

[Explore the intersection of faith, politics, arts and culture in an email newsletter. Sign up for This Week in Religion.]

The parallels between the Protestant Spiritualists and many contemporary SBNRs can be striking. Both are repulsed by the ethical failings and exclusivism of religious communities. Both emphasize the responsibility of the individual to follow their own spiritual quest. Both believe that authentic experience of God or ultimate reality is available to all people, regardless of their specific beliefs. Whereas Franck and Denck used the early printing press to spread their message, today a spiritual teacher might record a podcast or YouTube video.

But it is important to emphasize that the Spiritualists were still decidedly Christian. Contrary to most SBNRs, they considered Jesus Christ the authoritative revealer of truth. Some believed he would soon return to Earth for his Second Coming and waited as expectantly as any end times-focused fundamentalist does today. They may have seen other religions as valid paths, but they didn’t turn to them as resources for spiritual practice.

Even so, the Spiritualists demonstrate that the values and attitudes of SBNRs are far from a new development. They wrestled with similar difficulties in religion and came up with similar answers. As the spiritually independent continue to seek wisdom and meaning, they can find good company in the radical reformers of a bygone age.

The ATS is a funding partner of The Conversation U.S.

Christopher Schelin does not work for, consult, own shares in or receive funding from any company or organization that would benefit from this article, and has disclosed no relevant affiliations beyond their academic appointment.

20 celebrations this holiday season besides Christmas

20 celebrations this holiday season besides Christmas

Feast of St. Francis of Assisi

The Ethical Life podcast: What are the ethical pitfalls of Halloween, Thanksgiving and Christmas?

Watch Now: How to reduce your stress levels