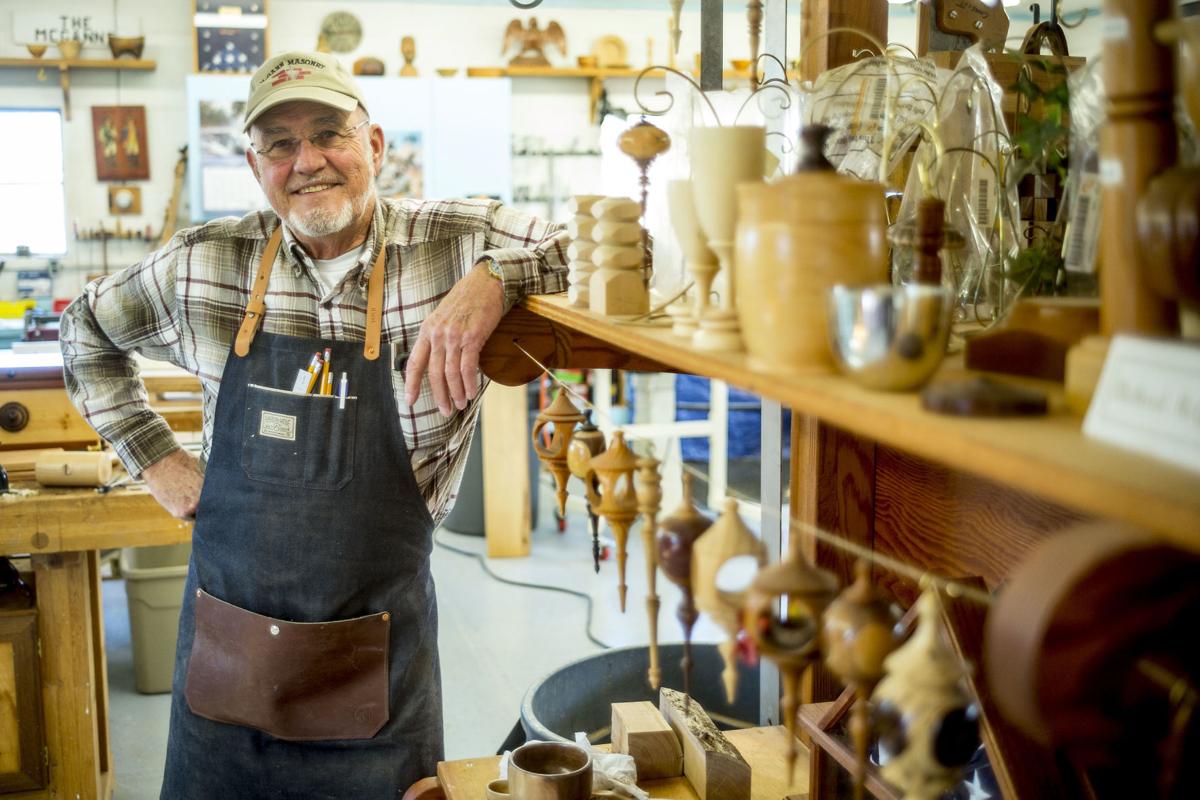 Richard McGann, photographed in his workshop on Thursday, Dec. 22. McGann's shop is less than five miles away from Thomas Jefferson’s Poplar Forest, where woodturning was commonly used to make furniture parts and other decorative items for the colonial period home. When he retired from running his masonry company, McGann answered the call from the historic site to put his craft to use. 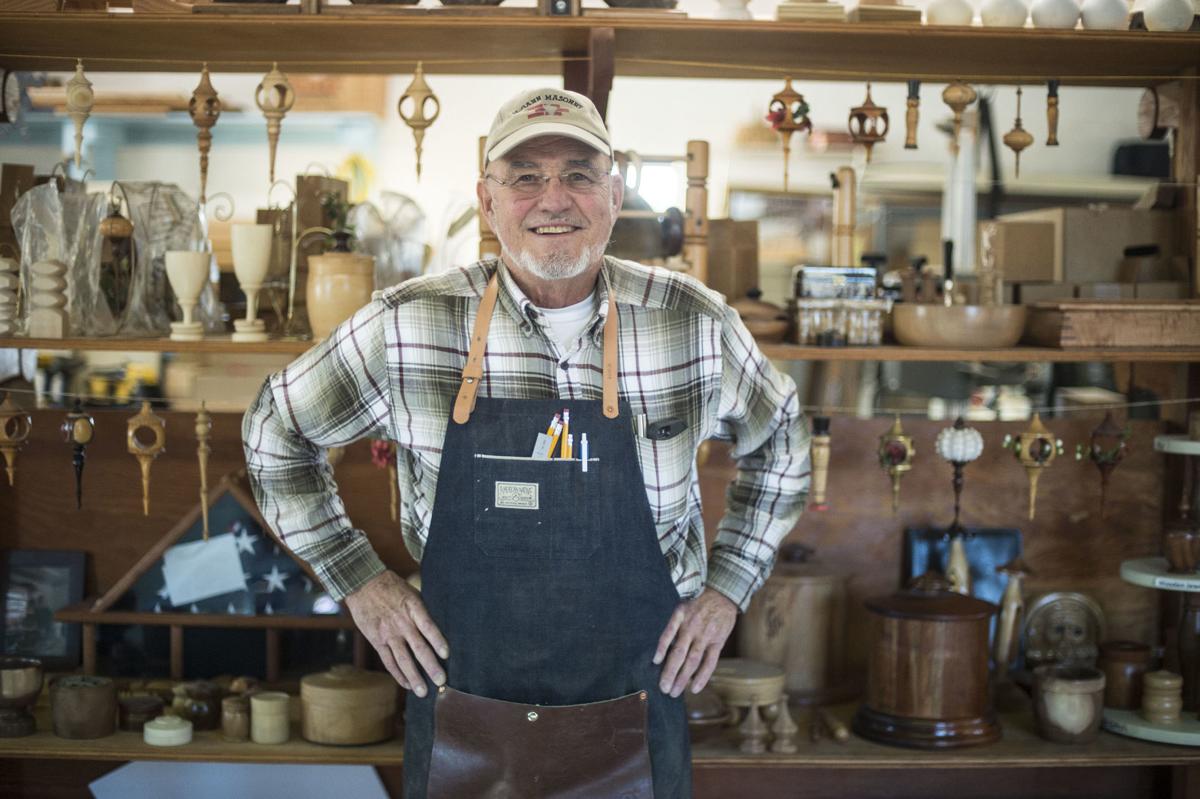 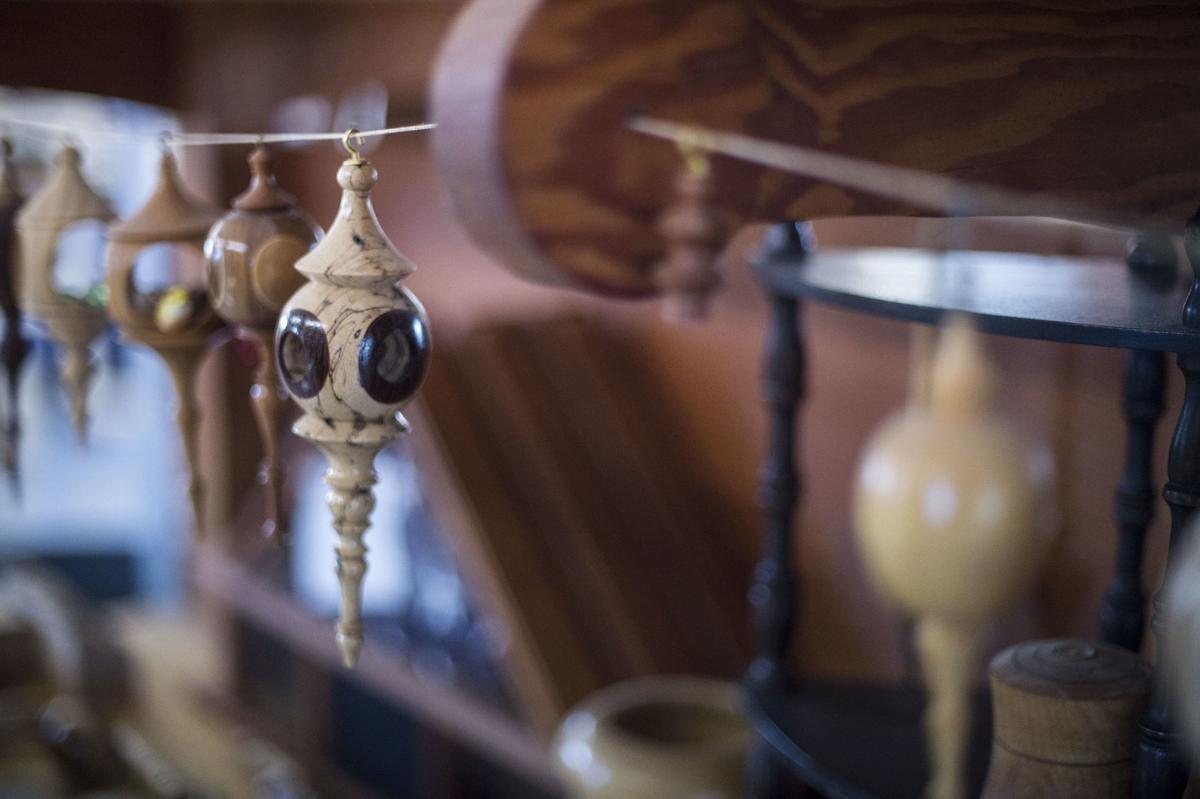 Richard McGann still has his first woodworking project sitting in the corner of his workshop.

The tall, roughly-crafted cabinet built to fit into the corner of a room now looks out of place among an entire workshop of intricately crafted furniture, stacks of jewelry boxes of all sizes, wood carvings, decorative Christmas ornaments, and other projects from more than 50 years of woodworking.

McGann has always worked with his hands. Shortly after finishing that first cabinet in his Brookville High School woodshop class in 1965, he joined the U.S. Navy and served until 1967, when he returned to Lynchburg to work as a stone mason for his father’s company.

While he made his living laying brick and eventually took over McGann Masonry, he kept practicing woodworking in his spare time. Since he retired from managing the construction company and left it in the hands of his son six years ago, he has been able to spend most of his time in the workshop behind his home.

Beginning in 1998, he began learning a type of woodworking called woodturning. During this process, wood is mounted on a tool called a lathe, which rapidly rotates long pieces of wood. The craftsman then uses a variety of sharp tools to form the wood into shapes to make a variety of objects.

To carve a baseball bat for his friend’s son, he pressed a sharp carving tool to the spinning piece of wood, leaving long shavings of wood. By moving up and down the wood slowly, he formed the curve of the bat as it widens at the top and narrows at the base for the player to grip.

“I tell my grandkids, ‘You can have anything you want for Christmas as long as it’s round,’” he said.

While modern lathes are powered by electricity, the art of woodturning dates back to ancient times, when lathes were turned by foot pedals.

In his workshop, McGann is less than five miles away from Thomas Jefferson’s Poplar Forest, where woodturning was commonly used to make furniture parts and other decorative items for the colonial period home. When he retired from running the masonry company, McGann answered the call from the historic site to put his craft to use.

“I volunteer with Poplar Forest because they were looking for someone who turns [and] uses the old wood when Thomas Jefferson was there and then they sell it in the gift shop,” he said.

When old trees dating back to the founding father’s time need to be cut down, Poplar Forest gives McGann the wood, and he turns it into small boxes, plates and other goods with Thomas Jefferson coins pressed into the top.

One of McGann’s favorite projects from his time volunteering at Poplar Forest is a series of replicas he made of Thomas Jefferson’s writing desk. Made of Jefferson’s own design, the portable desk was made to sit on his lap and contained sliding compartments for ink, quills and parchment.

“This is my pride and joy,” McGann said. “The Smithsonian has the real one, of course, but I made several of these replicas to the exact dimensions.”

“Whenever a tree comes down, we always salvage as much as we can from the downed tree to make lumber,” Gannaway said. “Sometimes we use it in the restoration of the house and other times we use it in the museum shop. That makes the product all the more authentic because it’s literally from the property. It instantly reminds people of the experience they had at Poplar Forest.”

While McGann has been making gifts for Poplar Forest for six years, he completed his first handiwork on the grounds in the 1980s, when he worked to stabilize the foundation of the house and estimated the number of bricks in the structure as part of his work as a mason.

According to Gannaway, craftsmen like McGann develop a close relationship with Poplar Forest because of Thomas Jefferson’s interest in the building trades.

“People who are involved in the construction trade become very passionate about Poplar Forest because of the quality of the restoration here and being interested in Jefferson’s ideas about architecture.”

For McGann, his life building things in Central Virginia has been peaceful and fulfilling.

“That’s the story of my life,” he said, looking from his shop window to the McGann Masonry building across the street. “Lynchburg is a good place to live. I might not have gone far, but I believe we have the best people here.”

Americans are serious about their snacks

Americans are serious about their snacks

Richard McGann, photographed in his workshop on Thursday, Dec. 22. McGann's shop is less than five miles away from Thomas Jefferson’s Poplar Forest, where woodturning was commonly used to make furniture parts and other decorative items for the colonial period home. When he retired from running his masonry company, McGann answered the call from the historic site to put his craft to use. 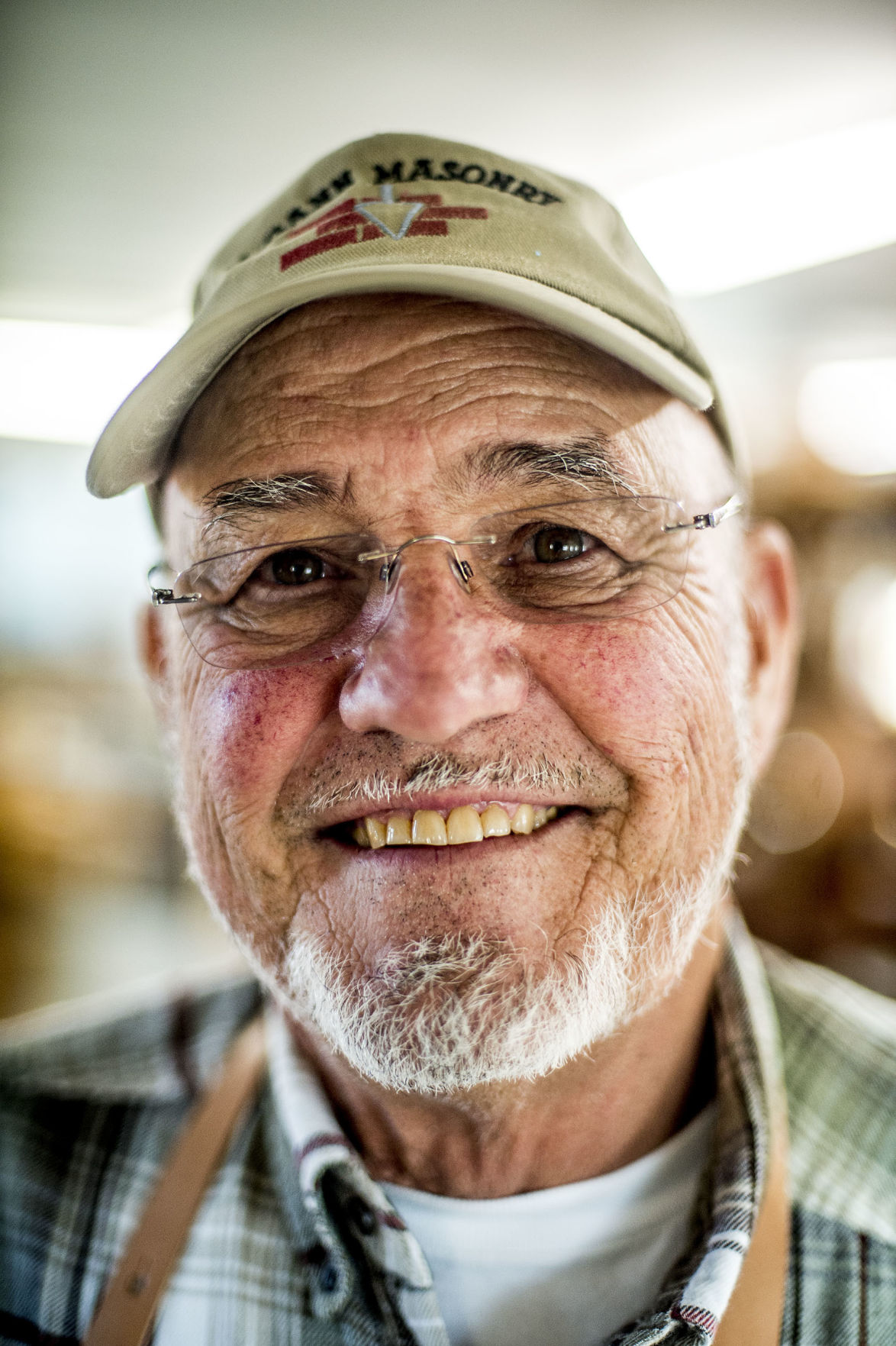