Women with Lynchburg, Amherst ties featured on new Women's Monument in Richmond
Share this
Only $5 for 5 months
1 of 4 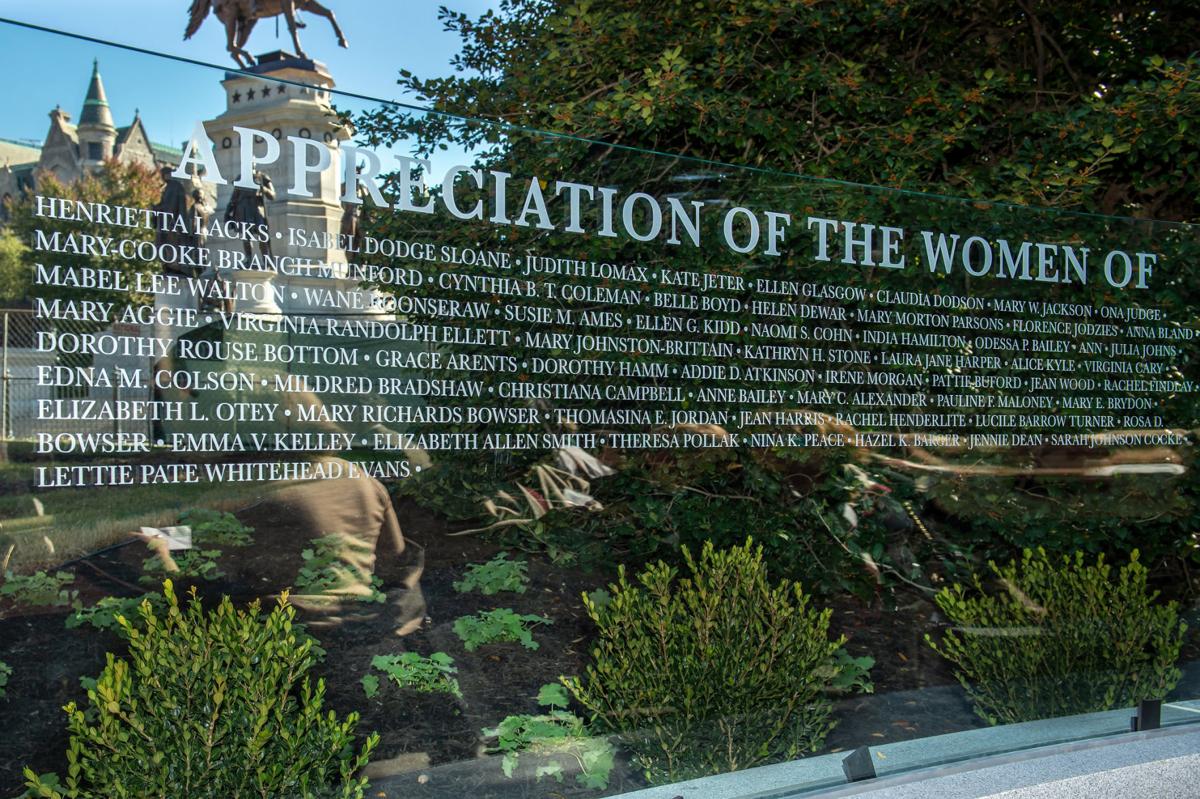 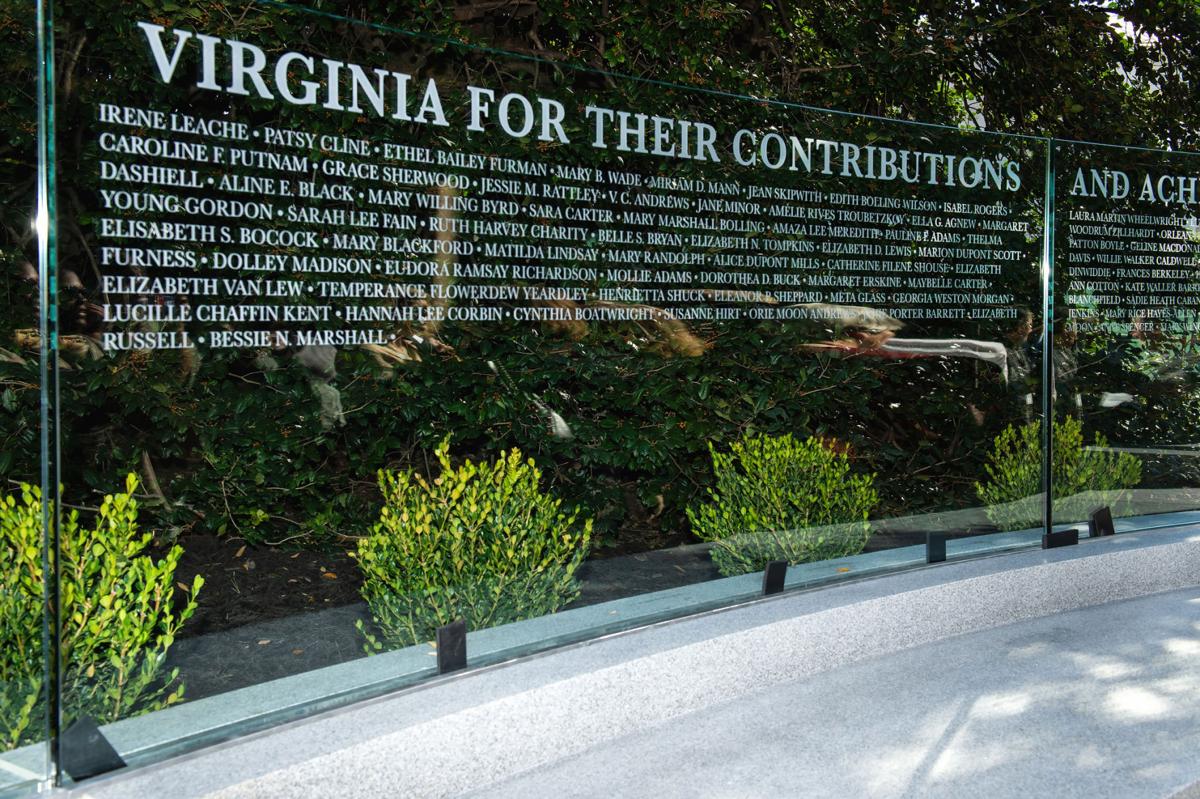 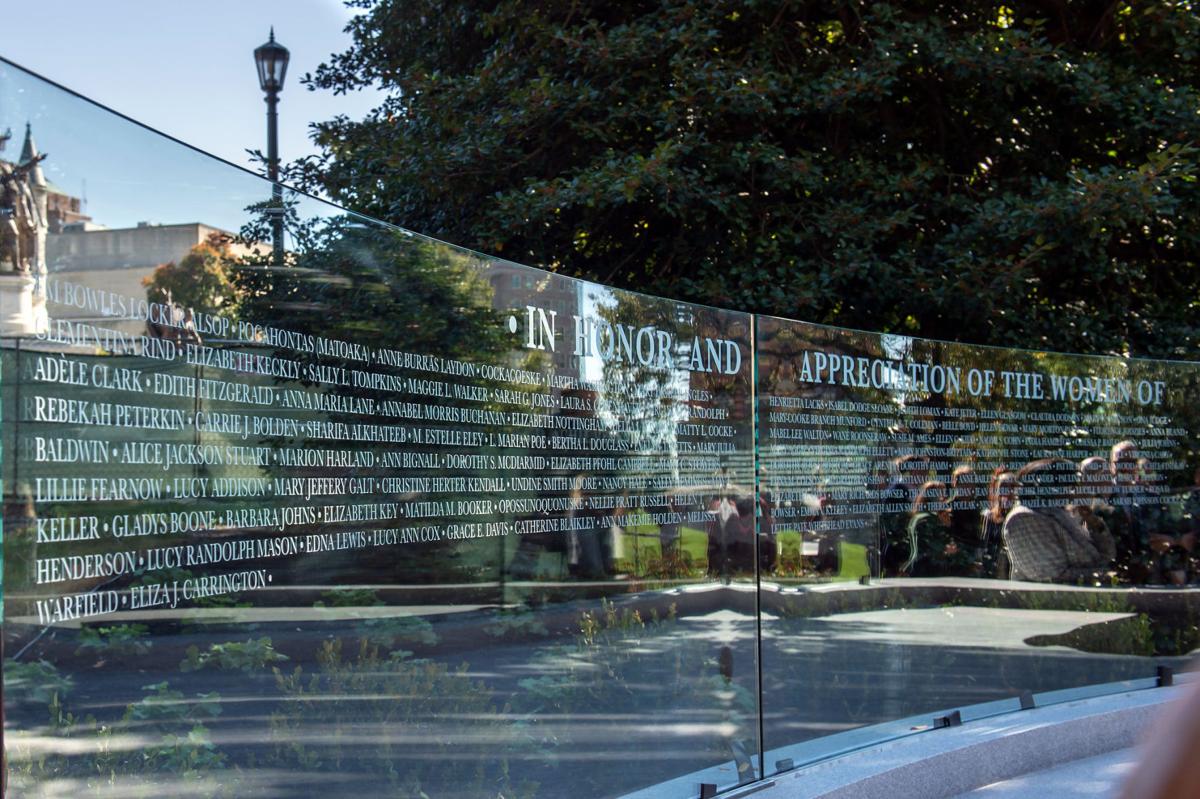 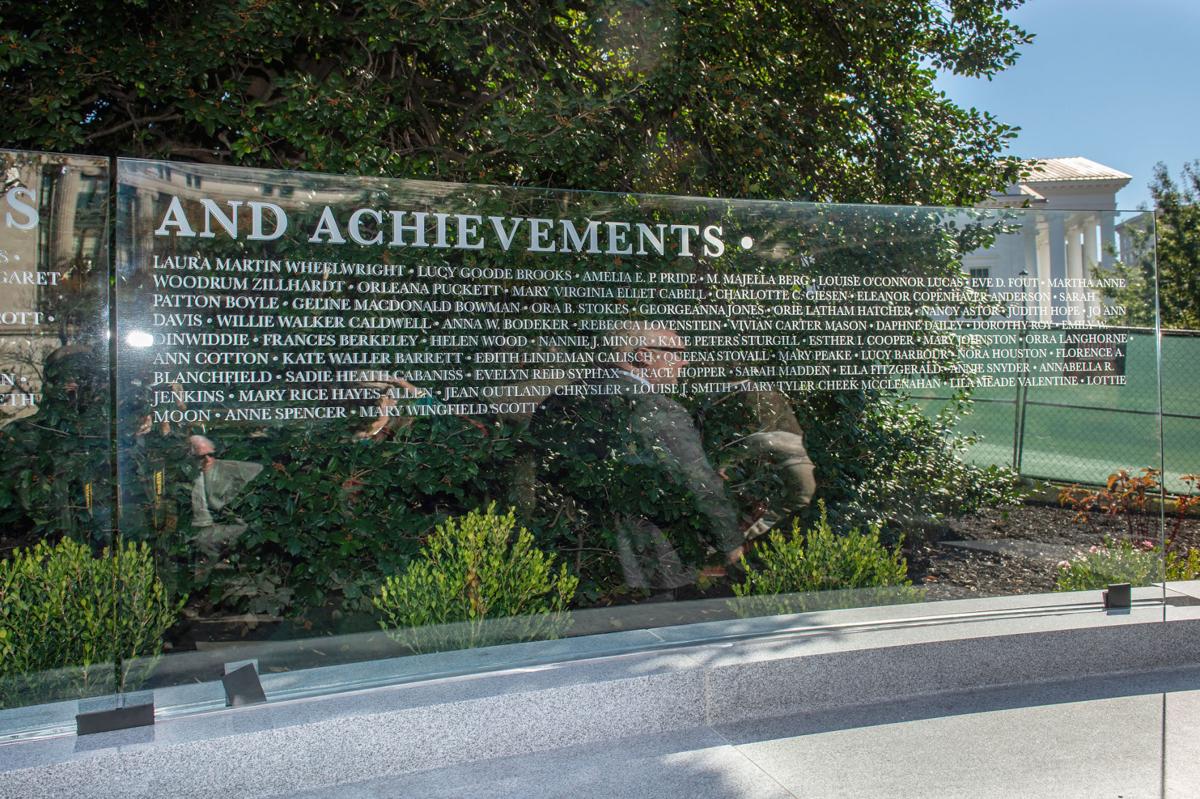 A walk along Richmond takes you by some familiar sights.

Stone generals charging into battle atop majestic steeds and great thinkers in long coats with furrowed brows look down at passersby from their places atop pedestals.

For the longest time, Capitol Square has been a place of men, but the landscape is changing to include several more decidedly feminine faces.

The creation of The Virginia Women’s Monument, which is currently under construction, highlights the accomplishment of women in the Commonwealth over the past four centuries.

Several of the 230 women memorialized on the monument’s Wall of Honor have ties to Lynchburg and Amherst.

The women’s monument, titled “Voices from the Garden,” has been in the works for a decade, says Susan Clarke Schaar, clerk of the Senate, who has been involved with the project since its inception.

In 2008, a group of Richmond women expressed their concerns about the lack of women’s history represented in Capitol Square and in Virginia’s educational programs.

“In public spaces there just weren’t representations of women to remind typically younger people of their forebears and what they had done,” says Sandra Treadway, Librarian of Virginia, who, along with staff at the Library of Virginia, helped select the women featured in the monument.

“You could see a statue of a former president, or a general or a lawyer — someone important — but you didn’t see those for women.”

The Virginia General Assembly established the Women’s Commission in 2010 to create a monument “to commemorate the contributions of the women of Virginia.”

“We wanted to indicate that this wasn’t just a Richmond monument,” she says. “It was for women across the Commonwealth.”

A glass panel featuring 230 names of additional noteworthy women, including the 17 from Central Virginia, is already in place surrounding part of the completed plaza.

To be included on the monument, the women needed to have lived the majority of their lives in Virginia, made a significant contribution to the region, state or nation and have been deceased for 10 years, says Schaar.

For three years, the commission accepted nominations leading up to the completion of the Wall of Honor, which was unveiled in October 2018.

“We wanted to be sure that people in every part of the state would find someone from their area, someone they could identify with,” says Treadway.

It was during this period that White and Heidi James, a member of the Lynchburg Museum System’s board of directors, submitted their list of nominees.

“I can’t remember the exact number I submitted, but most of them were accepted,” says James, “probably 80 percent.”

Also among the names is Lynchburg-born architect Amaza Lee Meredith, but she is listed as a nominee from Petersburg, where she lived much of her life.

The entire monument is estimated to cost $3.5 million, with each statue costing approximately $200,000, says Schaar. The commission still needs to raise the last $500,000, she adds.

Funds for “a robust education component associated with” the monument, which is set for dedication on Oct. 14, 2019, and the rest of Capitol Square are also being raised, says Treadway.

There is also room on the wall for the addition of more names in the future.

Notable Central Virginia women recognized on the monument include:

– Economist and Sweet Briar emeritus professor Gladys Boone, who specialized in the study and reforming of labor laws as well as the workers’ education movement.

Her 1941 dissertation at Columbia — from where she earned her doctorate — “broke new ground in the history of the women's reform movement by documenting the efforts of women on both sides of the Atlantic to shape their own public as well as private worlds,” according to the Library of Virginia’s Dictionary of Virginia Biography.

Boone also had an extensive academic career, serving as an instructor at Bryn Mawr College in Pennsylvania; Philadelphia Labor College; Pittsburgh’s Carnegie Institute of Technology, which merged with Mellon Institute of Industrial Research to form Carnegie Mellon University in 1967; and, finally, Sweet Briar.

Recruited to the college in Amherst by President Meta Glass — another of the local women featured on the Virginia Women’s Monument — Boone taught economics at the school for nearly 30 years, according to her 1982 obituary.

– Aviator Mary C. Alexander, who was one of the first women to become a commercial pilot.

She was “the first woman to receive a pilot’s license in the state of Virginia” and “built a hangar on the edge of town where she kept her plane,” according to Ninety-Nines Museum of Women Pilots in Oklahoma.

Alexander’s fellow Lynchburg pilot Lucille Chaffin Kent, who is credited with teaching more than 2,000 pilots who fought in World War II, is also listed on the Richmond monument.

– Activist Mary Rice Hayes-Allen, one of the founders of the Lynchburg chapter of the NAACP in 1913, who corresponded with W.E.B. Du Bois, said Shaun Spencer-Hester, executive director of the Anne Spencer Home & Garden Museum.

The daughter of a Confederate general and his slave, Allen married Gregory Willis Hayes, the second president of Virginia Seminary. When Hayes died in 1906, Allen took over as president of the school for two years, according to a biography on The Legacy Museum of African American History’s website.

Allen moved to New Jersey around 1915, where she founded and served as president of the New Jersey NAACP. She died and is buried in New Jersey.

She was a good friend of fellow Civil Rights activist Anne Spencer, with whom she continued to correspond after she left the Commonwealth, said Spencer-Hester.

– Elizabeth Langhorne Lewis, who founded the Lynchburg Equal Suffrage League, the second local league in the state, according to her Dictionary of Virginia Biography.

Lewis was elected vice president of the Equal Suffrage League of Virginia in 1911, serving until the league dissolved in 1920, and also sat on the executive council of the National American Woman Suffrage Association.

When League President Lila Hardaway Meade Valentine was ill in 1918 and 1919, and after the death of Valentine’s husband in 1919, Lewis “acted in her stead and ran the state league with the aid of a small but very talented group of women in the Richmond headquarters,” according to the biography.

Lewis, who also was a founding officer in the Southern Memorial Association, participated in the 1913 national suffrage parade in Washington, D.C., “where she helped carry the Virginia banner,” and in 1917, she and her daughter Elizabeth Otey — also included on the monument — were among the suffragists to picket at the White House, the Library of Virginia notes.

She was honored by the National American Woman Suffrage Association for her efforts in 1920, a 1981 article in The News noted.

– Educator Amelia Perry Pride, who served as an elementary school teacher and principal in Lynchburg for more than 30 years.

Born a free woman of color in Lynchburg before the Civil War, Pride graduated from Hampton Institute in 1879 and worked at the Polk Street Colored School, where she would later serve as principal for 20 years, according to her biography in “Free Blacks of Lynchburg, Virginia, 1805-1865.”

Pride opened a sewing school and cooking school for black children in the area. According to a biography on the Legacy Museum’s website, these two programs developed into the curriculum for domestic sciences and home economics in Lynchburg’s black public schools.

The homemaking cottage at Dunbar High School, which later became the Amelia Pride Buildingfor alternative high schooling and adult education, was named for her in 1949.

– Opera singer Helen Pesci Wood, who appeared at Carnegie Hall and other venues in North America, according to her state highway marker.

The text of the marker also notes Wood was a soloist at the Colonial Williamsburg Governor’s Palace Candlelight Concerts from 1950 to 1964.

Wood taught voice at Lynchburg College for 22 years; the recital hall in Hebb Music Center was named in her honor, according to an article on the University of Lynchburg’s website.

She also organized the Virginia Grass Roots Opera, a troupe that traveled “across the state to perform for communities that otherwise would not have experienced operatic theater,” according to a 2017 article in The News & Advance.

Seventeen of the 230 names featured on the Virginia Women’s Monument, Voices from the Garden, have ties to the Lynchburg and Amherst County area:

To learn more about the monument, visit http://womensmonumentcom.virginia.gov/index.html.

US death toll climbs as Trump claims coronavirus under control

Parents torn over sending kids back to school

Parents torn over sending kids back to school

UK to roll out millions of 90-minute tests. Doctor says US could do the same

UK to roll out millions of 90-minute tests. Doctor says US could do the same 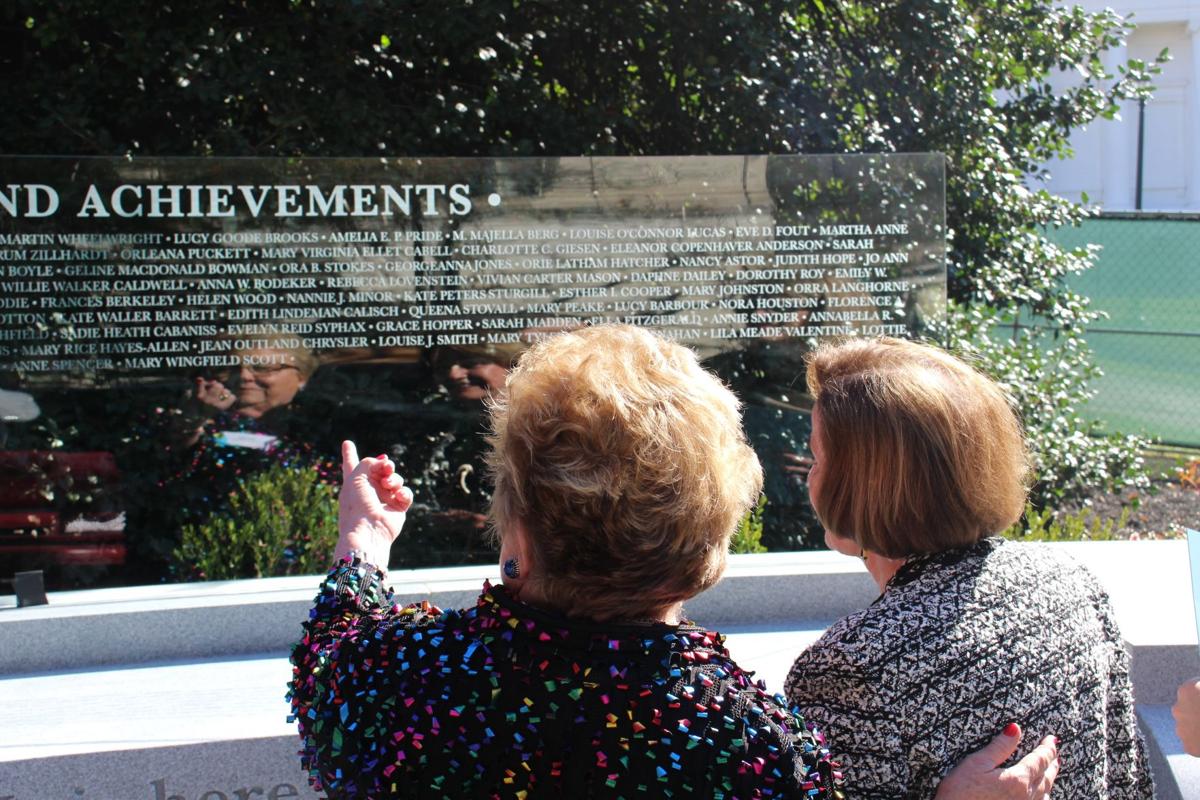 Secretary of the Senate Susan Clarke Schaar, (left) points out names on the Wall of Honor during the wall’s unveiling on Oct. 30, 2018. 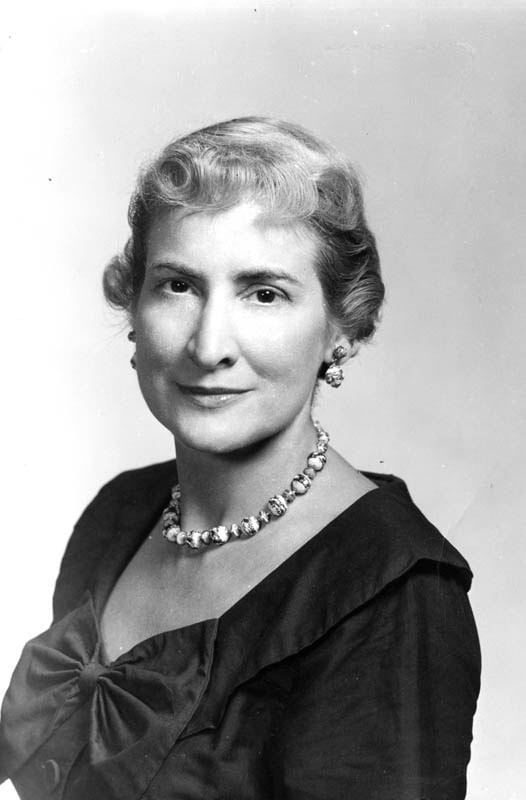 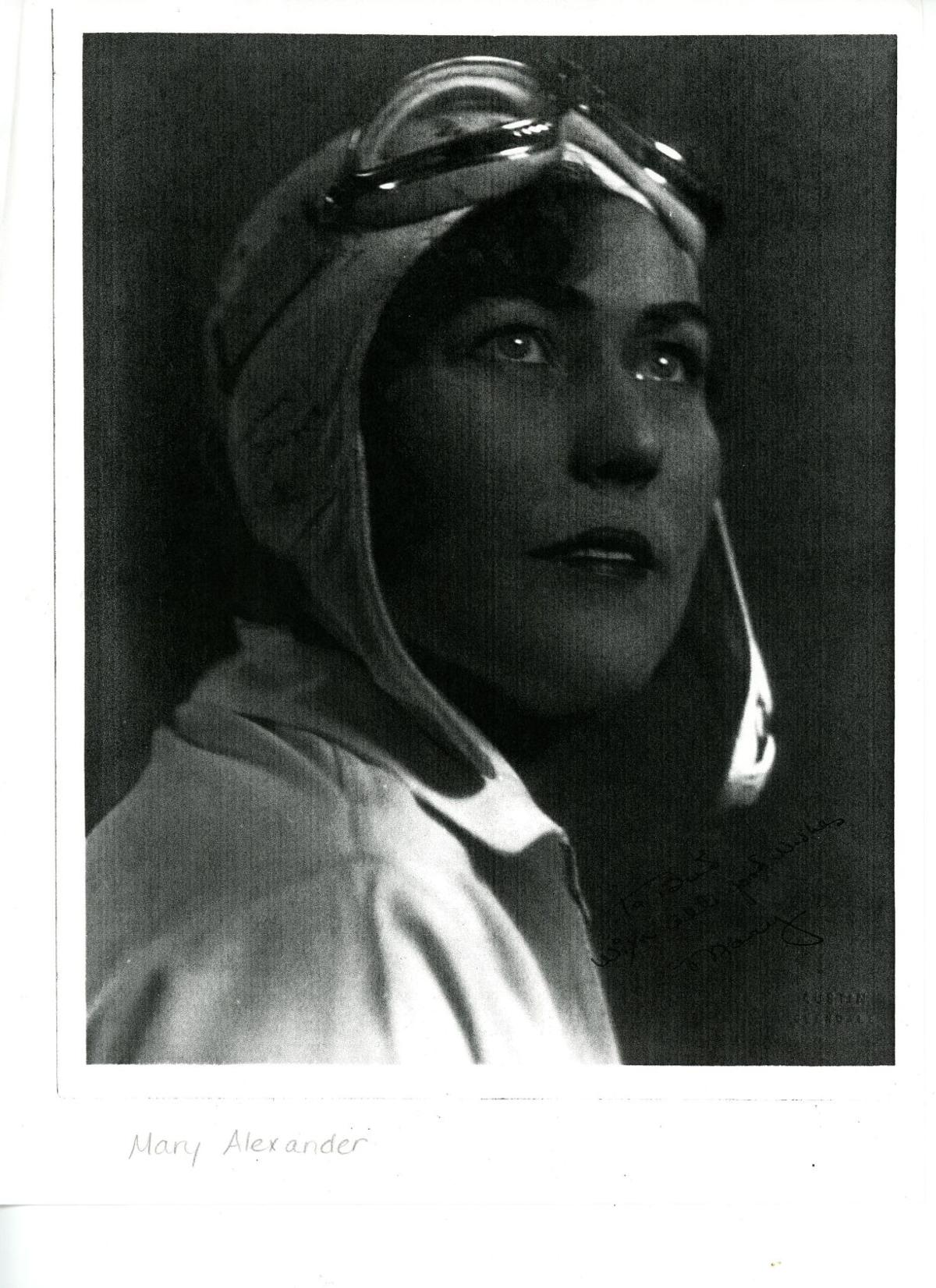 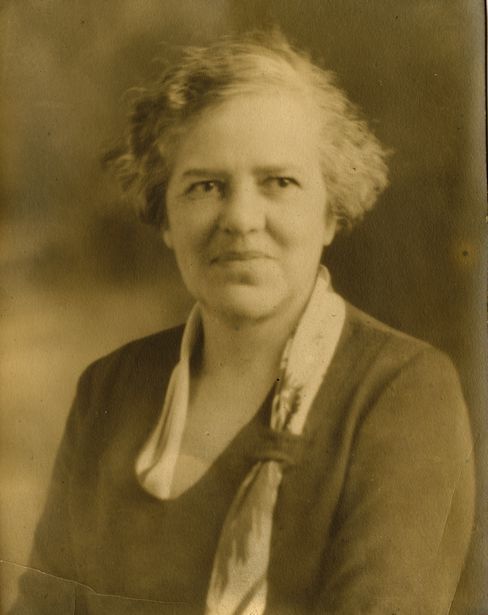 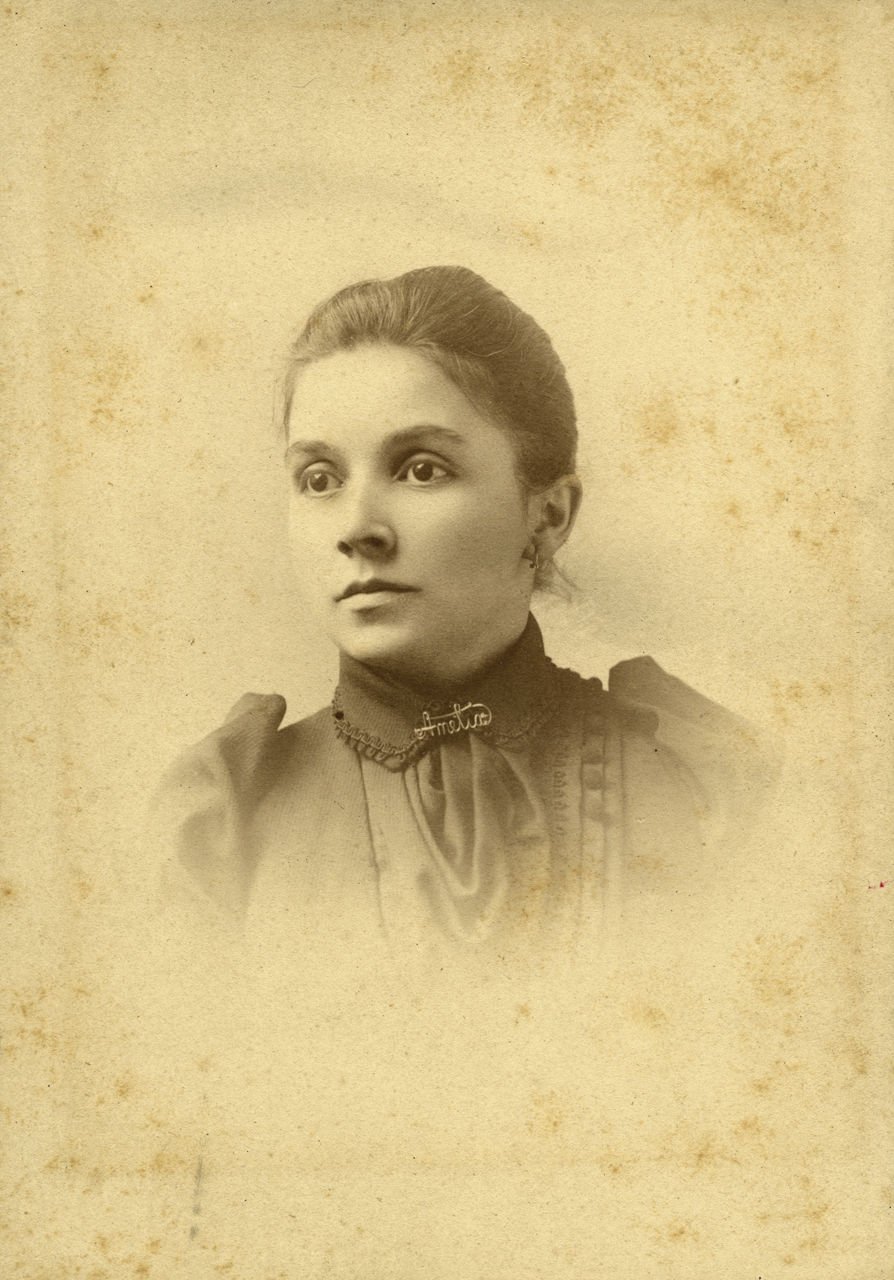 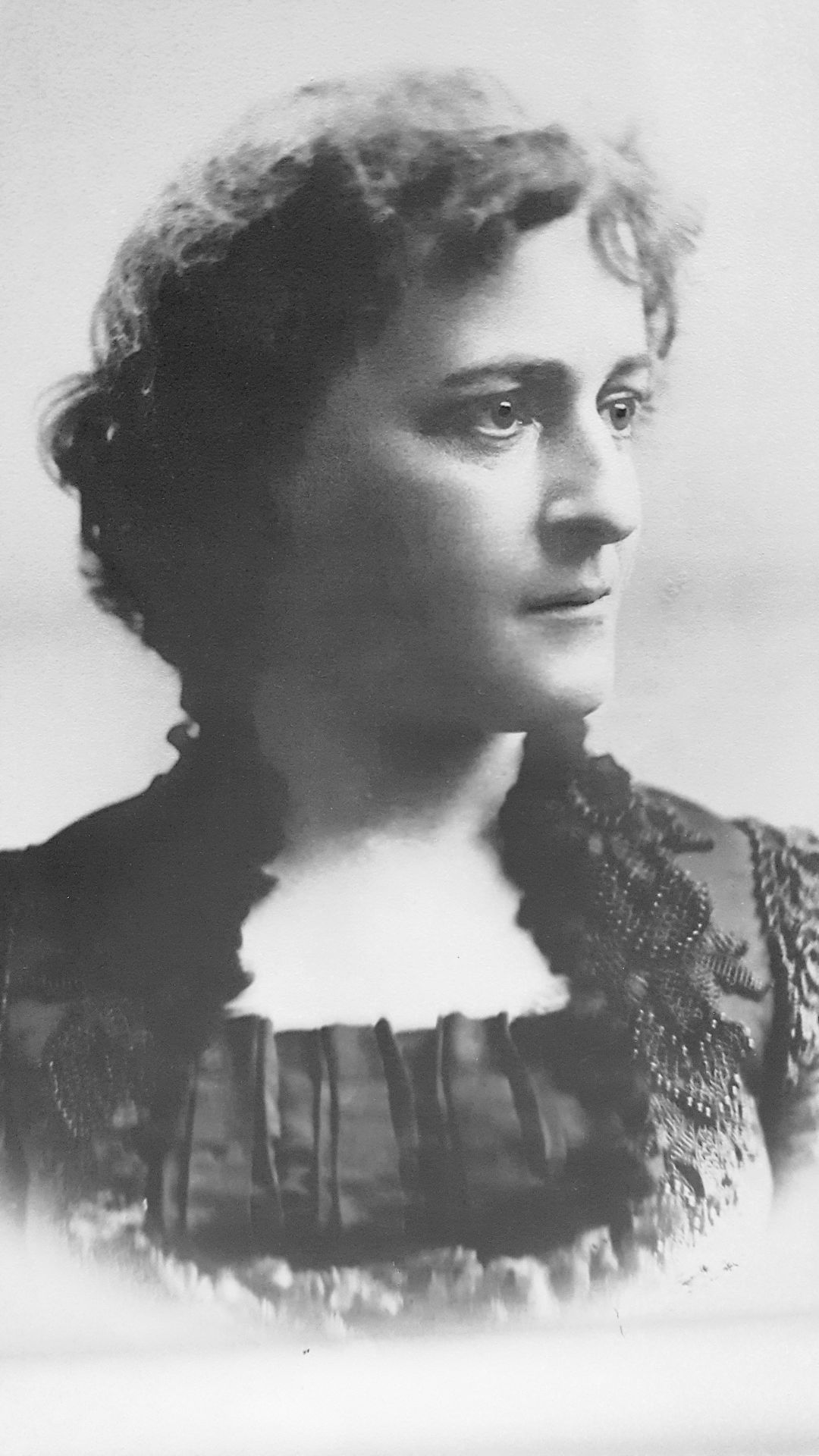 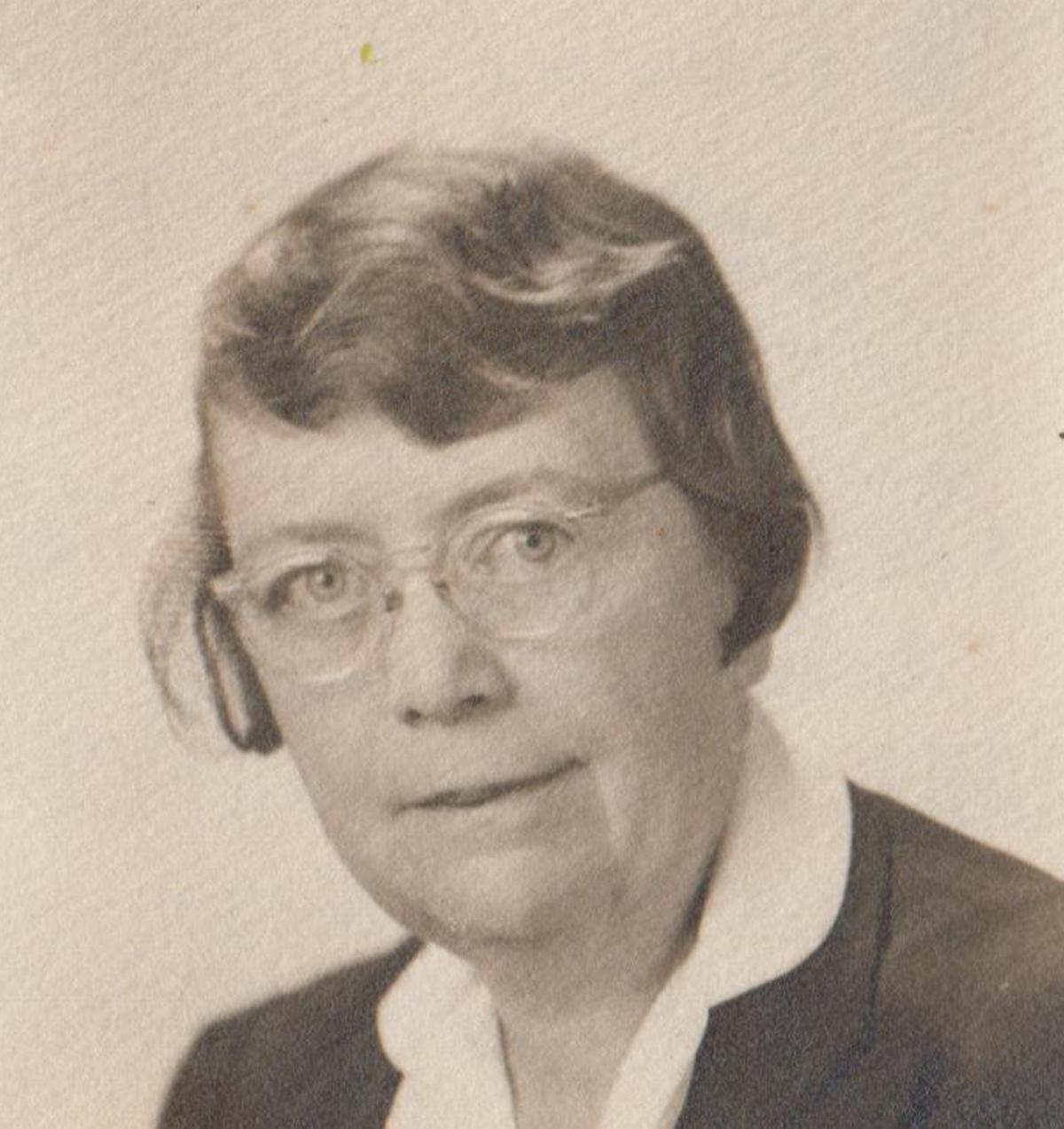 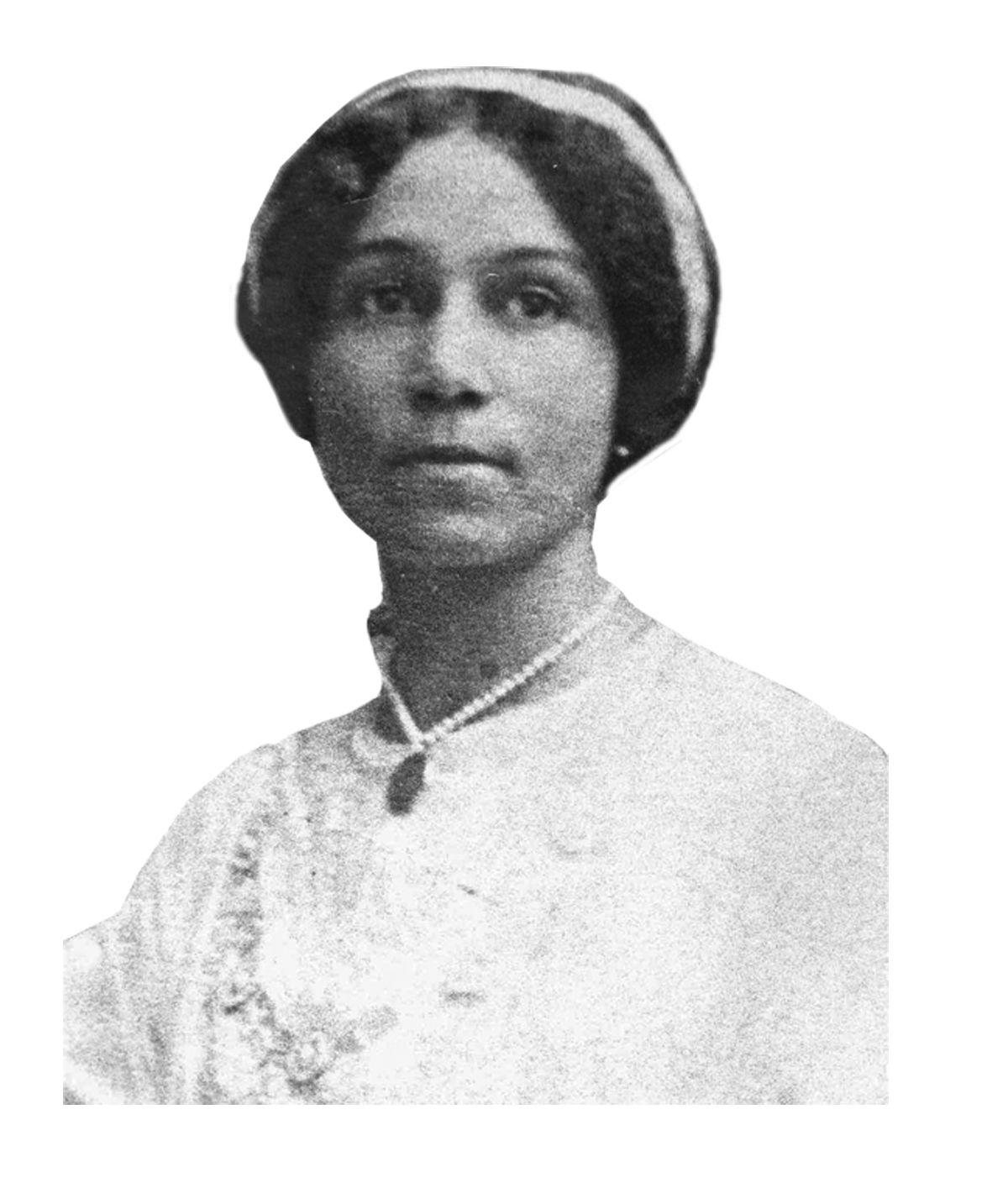