Thanks for reading! Log in to continue.
Enjoy more articles by logging in or creating a free account. No credit card required.
Log in Sign up Subscribe
You are the owner of this article.
Edit Article Add New Article
You have permission to edit this article.
Edit
News
Obituaries
Opinion
Sports
Lifestyles
Our Properties
Buy & Sell
Customer Service
Public Notices
Share This 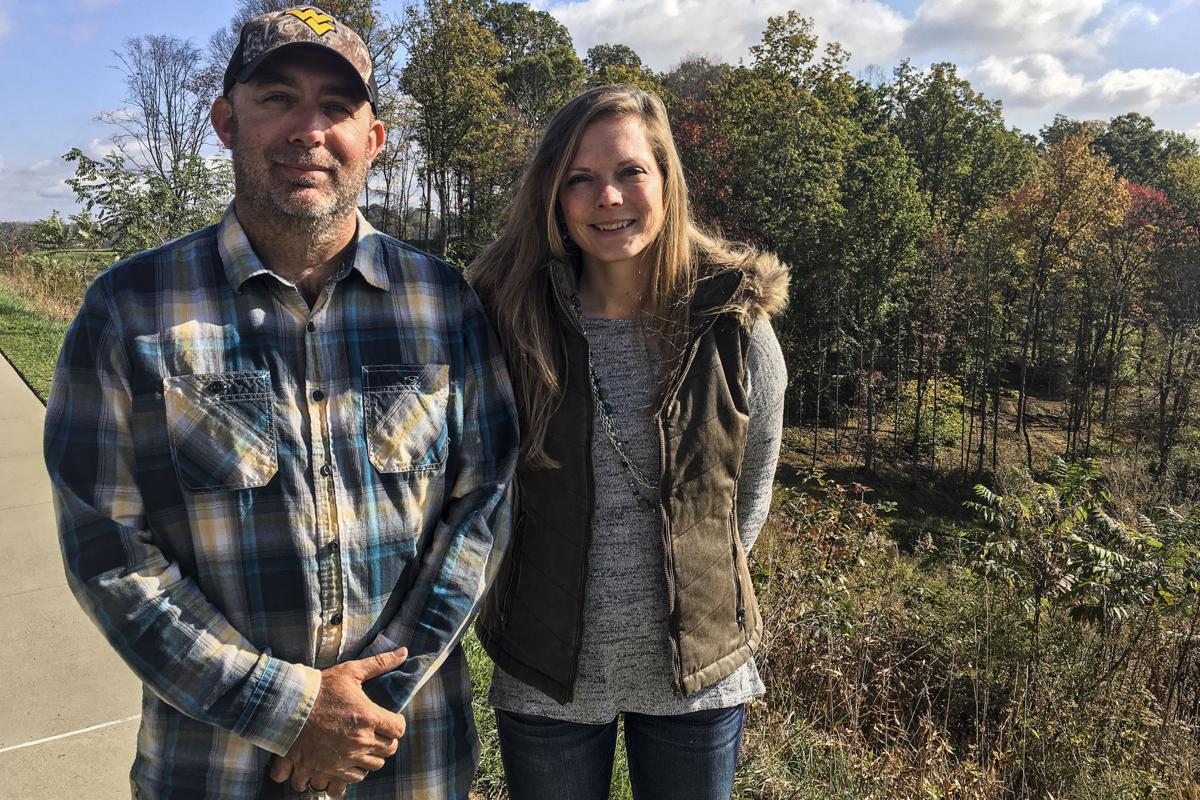 Greg Park, Dominion Energy's construction manager, and Brittany Moody, a Dominion engineer, stand outside the company's Bridgeport, West Virginia, office this fall. The two were responsible for the route of the Atlantic Coast Pipeline from start to finish. 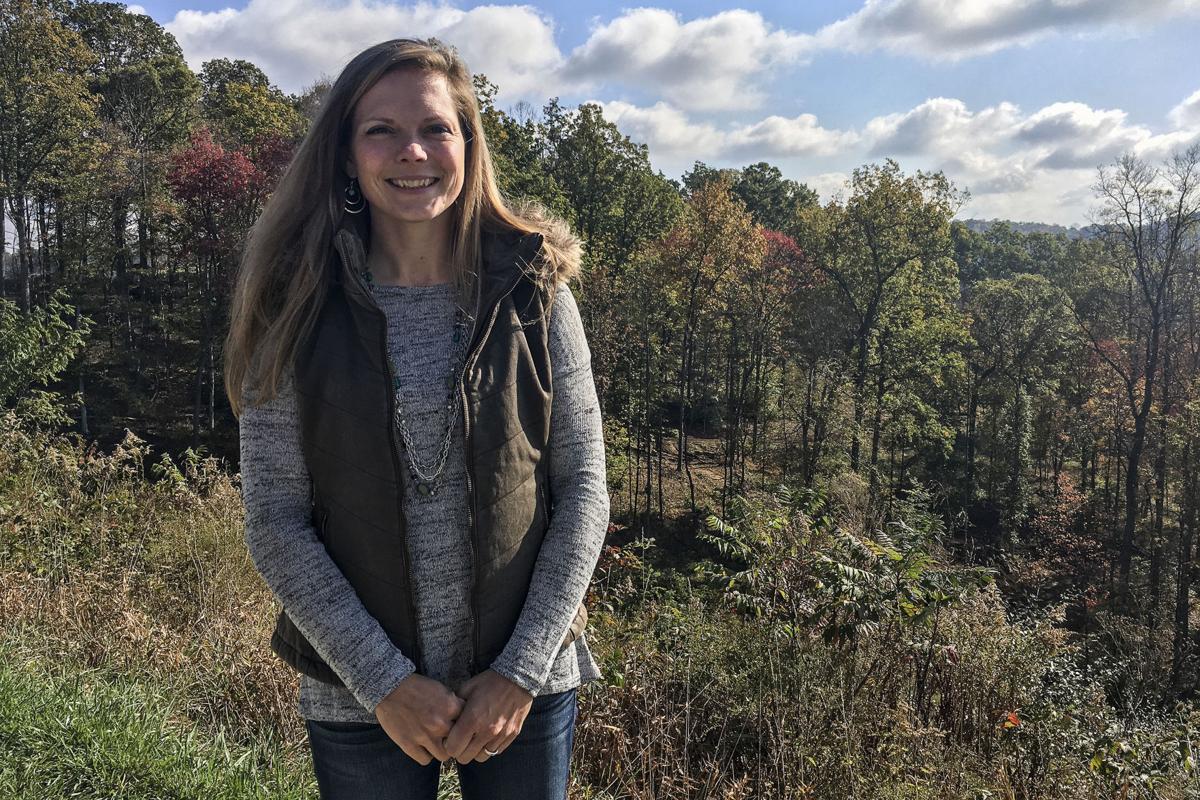 Brittany Moody, an engineer with Dominion Energy who largely was responsible for the route of the Atlantic Coast Pipeline, stands outside the company's Bridgeport, West Virginia, office this fall. 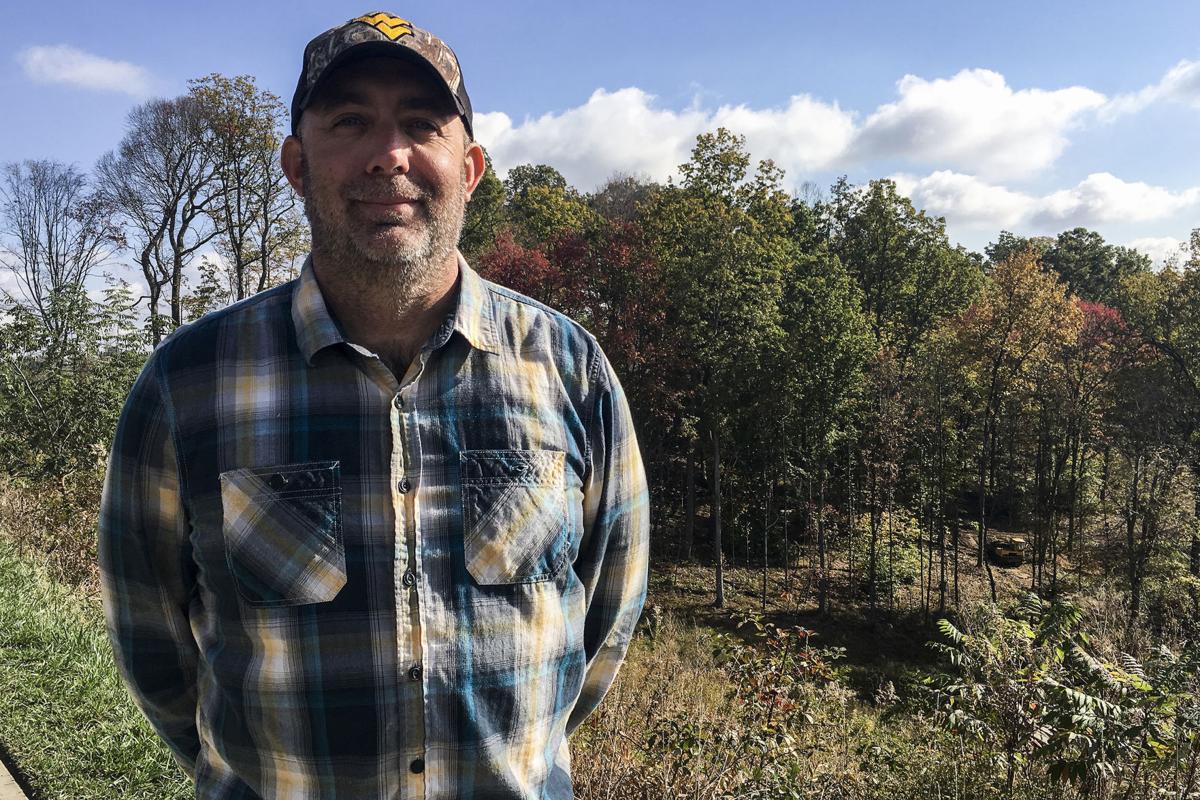 Greg Park, Dominion Energy's construction manager, and Brittany Moody, a Dominion engineer, stand outside the company's Bridgeport, West Virginia, office this fall. The two were responsible for the route of the Atlantic Coast Pipeline from start to finish.

Brittany Moody, an engineer with Dominion Energy who largely was responsible for the route of the Atlantic Coast Pipeline, stands outside the company's Bridgeport, West Virginia, office this fall.

Moody was on a break from a training session in Richmond in early 2014 when Leslie Hartz, Dominion Energy’s vice president for engineering and construction, approached her to ask:

“Hey, I’m gonna need you to route a pipeline. How long do you think it’ll take you to complete it?”

Moody, manager of engineering projects for Dominion, answered without hesitation.

“I’m thinking it’ll be just like every other pipeline I’ve done [and responded], ‘I’ll have it done in a week,’” she said.

In the days that followed, though, Moody began to learn more details about the project, which would become the Atlantic Coast Pipeline.

“Later I started getting the details and it’s a 500-mile pipeline, and I’m like, ‘Oh shoot, I’ve got to get it done in a week,’” Moody said.

So she and Dominion construction manager Greg Park, the two appointed to lead the design of the route from start to finish, set to work.

About a week later, after hours in front of computers analyzing thousands of miles in West Virginia, Virginia — including the 27 miles of Nelson County that are currently included in the route — and North Carolina, the first iteration of the natural gas pipeline’s route was born.

That was more than three years ago.

Since then, the project has drawn the ire of thousands of landowners along the route, other residents throughout the region and dozens of environmental groups. It has undergone hundreds of changes, eventually leading to the current 600-mile route.

Dozens of agencies and individuals have weighed in on its effects, and the ACP received federal approval in October. Tree-clearing along the route, and in small portions of Nelson County, could begin within weeks.

Moody and Park have been integral to Dominion’s ACP process from its inception and continue to move the project forward as it nears construction.

That first week, Moody and Clark started with just the basics: The pipeline would start at a certain point in West Virginia and end in North Carolina, and it would have to hit customers along the way.

“We knew where the final destination and where the need was, and then we evaluated our system to figure out where we had that supply,” Moody said. “And then we had to route the pipeline from that location to get it to the customers on the end, ultimately.”

From there, they looked at terrain and other similar obstacles. The pipeline couldn’t cross certain mountains that have too steep a slope, for example.

They didn’t consider anything else at the time. Not what parcels would be crossed. Not the population or demographics. Not even which counties the preliminary pipeline route they’d mapped would cross.

Oncethe preliminary route was determined, land, environmental and other experts with the ACP layered in other considerations, including threatened and endangered species, nearby bodies of water and identifying affected landowners. That initiated the surveying process and launched Moody and Park into a new phase: interacting with concerned residents, and specifically with those who could or would be on the final route.

The pair have visited, met and talked with hundreds of landowners along the route, including dozens in Nelson County, during the past couple of years.

From the forested areas of Shipman in eastern Nelson, hidden among winding, partially paved roads, to the more-populated area of Nellysford, Park and Moody have seen the creeks, pastures and other resources that will be affected by the pipeline.

“I first met Greg when he came to the high school on the first visit, and the room was full of Dominion-related people and maps and all this stuff, and it took me about five minutes to figure out that there was one guy in the room who knew what he was talking about and that you could talk to him and have some sense of what actually was going on,” Agelasto said, “and that was Greg Park.”

During the site visit, Park and Agelasto took a closer look at resources like the red maple swamp, a freshwater wetland, on the route.

Agelasto believes others from Dominion haven’t done what they should to protect resources on land he’s connected to, but he’s appreciative of what Park worked to accomplish early on in the process.

“We have personally met with hundreds of landowners on their property,” she said. “Walking with them, sitting in their kitchens answering their questions.”

When landowners would have honest conversations about their specific concerns, rather than just relaying their disapproval, Moody said there often was flexibility in the route.

“We listen to them. We’re out there meeting with them,” Moody said, “so if they bring something to our attention, we’re like, ‘Oh shoot, well let’s go study this. Let’s see what we can do.’”

“If they don’t want their parcel divided in half or they’d rather see the pipeline farther away [from their residence or other parts of their property], we try to accommodate all of that if we get it caught early enough in the process.”

Conversations like that, along with historical and environmental concerns and other obstacles, have resulted in hundreds of adjustments to the pipeline’s path. All told, Moody said they evaluated more than 8,000 miles to get the current 600-mile route.

While some landowners on the route often say their rights are being trampled, Moody said the conversations she’s had with landowners are an attempt to show a desire to address concerns as much as possible.

“I just wish they understood more about the process and the effort we really do put into it and how much we really do care,” she said. “We’re human beings. We’re not going to go out and just walk over the top of someone. We don’t want that happening to us. We’re not gonna do that to someone else.”

On more than one occasion at public meetings along the route, potentially affected landowners approached Moody and Park with questions.

Sometimes they were able to answer. Other times, Moody said,nearby opponents of the project expressed their disapproval, drowning out the conversation.

Other challenges Dominion, Moody and Park have faced include helping people understand infrastructure such as the ACP requires sacrifices from multiple people along the route, they say. For businesses and residents in southern Virginia and North Carolina to receive the natural gas companies say they need, residents in Nelson and 11 other counties in Virginia had their number called for the ACP.

“At some point, somebody along [other pipelines] has given up something for that convenience for everybody else,” Park said. “… We all like our conveniences. We like to turn our lights on. We like to be warm, all that stuff. … It’s hard to convey that.”

During the times the disapproval threatens to overwhelm their progress, the two say the relationships they’ve built in the past three-plus years are the aspect of the job that energizes them.

“The rewarding piece for me is meeting with the property owner or naysayer and figuring out what we can do,” Park said, “and not trying to sell it like a used car, but trying to build a relationship that I would not be able to go back later and meet with them again.”

There are other rewarding parts of the process, too.

For all the negatives opponents find, Moody said individuals like those who will construct the pipeline will benefit. And landowners benefit from the compensation they receive for their land, she added.

“I think the biggest reward is looking at there’s this huge demand down here, and we can really help a lot of people, and then [hopefully] you can get as many rewards and benefits along the way as we can,” Moody said.

“You’re giving lots of people jobs. You’re creating their livelihood. They’re feeding their families, they’re making a living because they can work on the pipeline. You’re helping someone pay off their farm. …They’ve had hardships. And now because we were able to get the pipeline on their property and give them some money for the right of way, they’ve made it.”

‘We’re passionate about this’

While they know ACP’s route perhaps better than anyone, Moody and Park’s interactions with landowners aren’t informed only by the work they do during the day.

They, like the hundreds who will be affected by the ACP soon will know, understand what it’s like to live with a pipeline.

“We’re passionate about this. We live around pipelines. We’re not afraid of them,” Moody said. “And I want people to understand it’s possible [to live with them]. It can be done. … We’re not throwing something on you we haven’t lived through. … We’re really careful about what we do, and the integrity of the pipeline is important to us.”

She added while many opponents warn of the “blast zone” around the pipeline and are worried about the potential for damage caused by the pipeline, she knows from experience natural gas pipelines, like the 36-inch line in her backyard growing up, are safe.

She and her three sisters, in fact, used the right of way to their benefit.

The cleared land on the steep hill behind her house provided the perfect space for basketball conditioning.

“We’re playing basketball, and my dad’s going to some of our games, and he’s like, ‘You all are in bad shape! You need to get in better shape. Those girls are out-running you,’” Moody recalled.

“So we’d go out and we’d run that up and down that pipeline.”

Still, the two understand for most landowners on the line, the ACP is their first encounter with a natural gas pipeline. They expect the criticism of the route, of Dominion and, at times, of themselves.

“You try to stay ahead of it. But you can’t take it personally,” Park said. “You’ve just got to stay focused and move forward.”