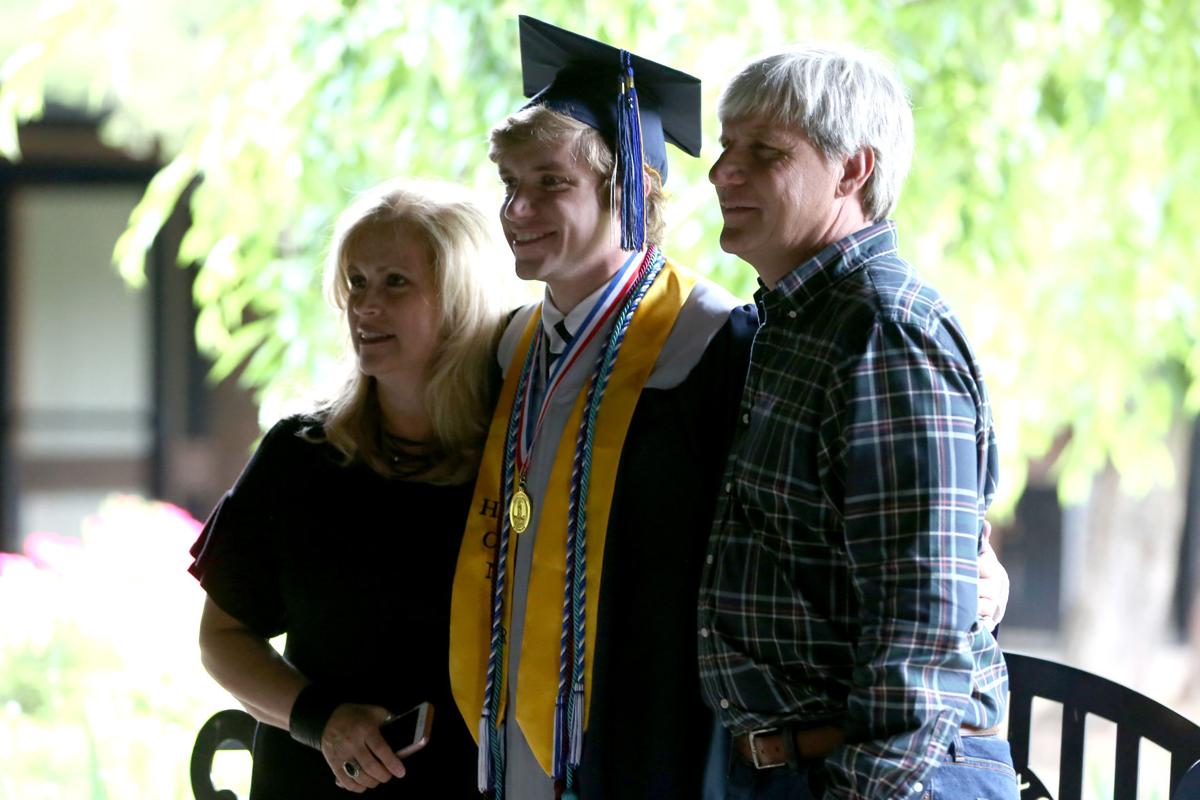 Gaither Comeau, center, poses for a photo with Cheryl Comeau and Greg Comeau at a graduation ceremony at Appomattox County High School in Appomattox on Wednesday, May 27, 2020. 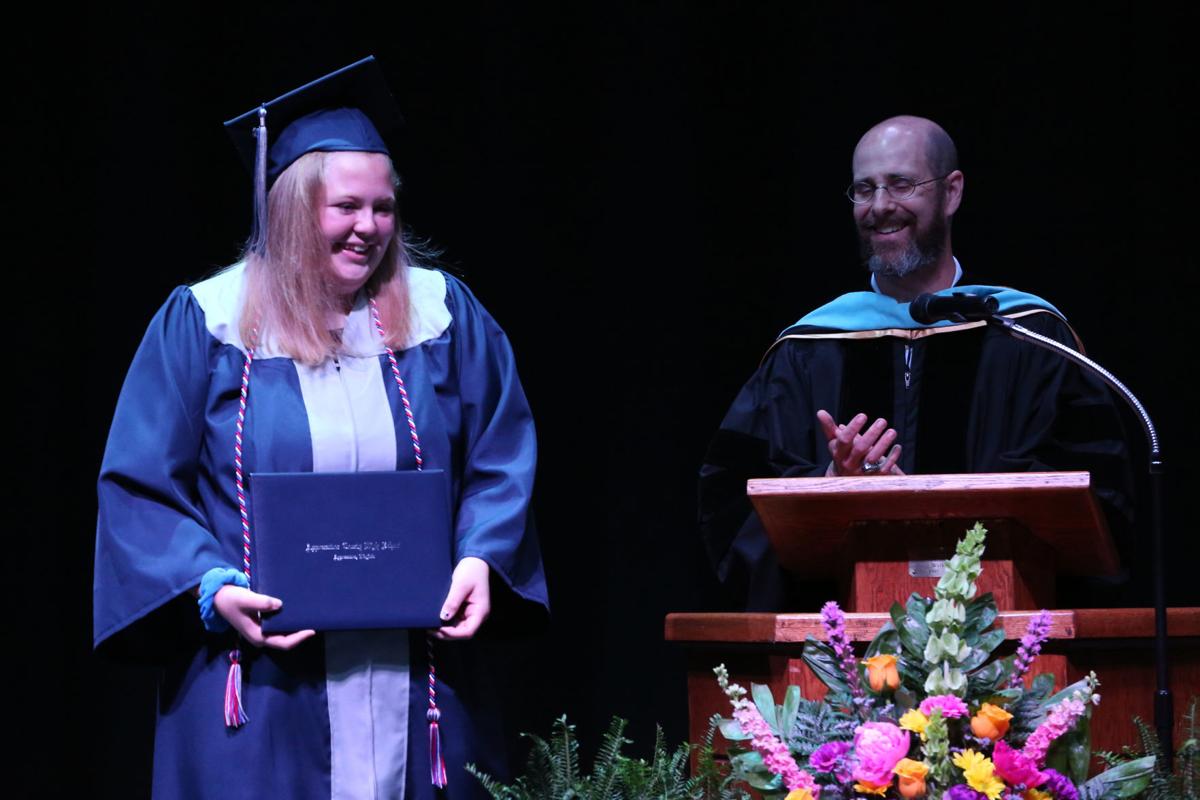 Emily Cheatham receives her diploma during a graduation ceremony at Appomattox County High School in Appomattox on Wednesday, May 27, 2020.

The first option involves all students learning virtually as they did during the school closure that began in March — no students would be in school buildings.

In this hybrid model, Wednesdays would be used for staff to deep clean schools and buses.

The third option prioritizes students in grades kindergarten through fifth, having them physically in school Mondays, Tuesdays, Thursdays and Fridays. East and west groups exist in this option, with sixth through 12th grade students in the east group in schools Monday and Tuesday, and those in the west group in schools Thursday and Friday. All sixth through 12th graders would participate virtually on the days they are not in school buildings.

Option three is contingent on transportation, space to social distance in school buildings and available staff to monitor divided groups of students. Bennett said option three would be “the best case scenario.”

The fourth option, which is contingent on state restrictions being lifted, would involve schools reopening without restrictions.

All options, Bennett said, allow parents to opt to have their students participate in a virtual learning program. In the past several months, she said, the division has invested in internet-accessible devices for each child — Chromebooks for older students and iPads for the division’s youngest students.

The largest barrier to getting students back in classrooms in the fall, Bennett said, is transportation.

Implementing social distancing of six feet on a school bus would result in only about 10 students being able to be on a bus at a time. A transportation survey sent out to parents earlier this month, Bennett said, showed about 50% of the division’s students needing transportation to school.

The division’s draft reopening guide comes after three surveys were sent out to the school community, Bennett said, regarding transportation, parent comfort with sending their students back to school and student schedules. One survey was sent to division staff to assess their opinions about returning to school.

The draft plan outlines that schools will implement routine cleaning and disinfecting of high-touch surfaces, regardless of which reopening option the school division moves forward with. According to the draft plan, plastic shields will be installed at schools’ reception desks, hand sanitizer use will be required of staff and students, athletic locker rooms and student lockers will not be used and playground use could be suspended.

Board chairman Bobby Waddell said he is in favor of getting all students — especially elementary-age students — back into classrooms when the academic year begins in August. But, he said, he feels requiring students to wear masks and remain six feet apart from one another is “unrealistic.”

“It’s going to be a real challenge,” Waddell said.

No action was taken by the board at Thursday’s meeting in regard to a reopening plan, but School Board Clerk Carrington Pritchard said the board may meet in the coming weeks — prior to its next scheduled meeting July 23 — to approve a reopening plan.

The first day of school originally was slated to be Aug. 11, but Bennett said she expects a possible delay of one to two weeks to allow teachers to prepare their virtual instruction plans before students return.

Fauci: "It is very important to get the children back to school"

Dr. Anthony Fauci, the nation’s top infectious disease expert, urged school administrators to get children back into schools as soon as possible.

Gaither Comeau, center, poses for a photo with Cheryl Comeau and Greg Comeau at a graduation ceremony at Appomattox County High School in Appomattox on Wednesday, May 27, 2020.

Emily Cheatham receives her diploma during a graduation ceremony at Appomattox County High School in Appomattox on Wednesday, May 27, 2020.