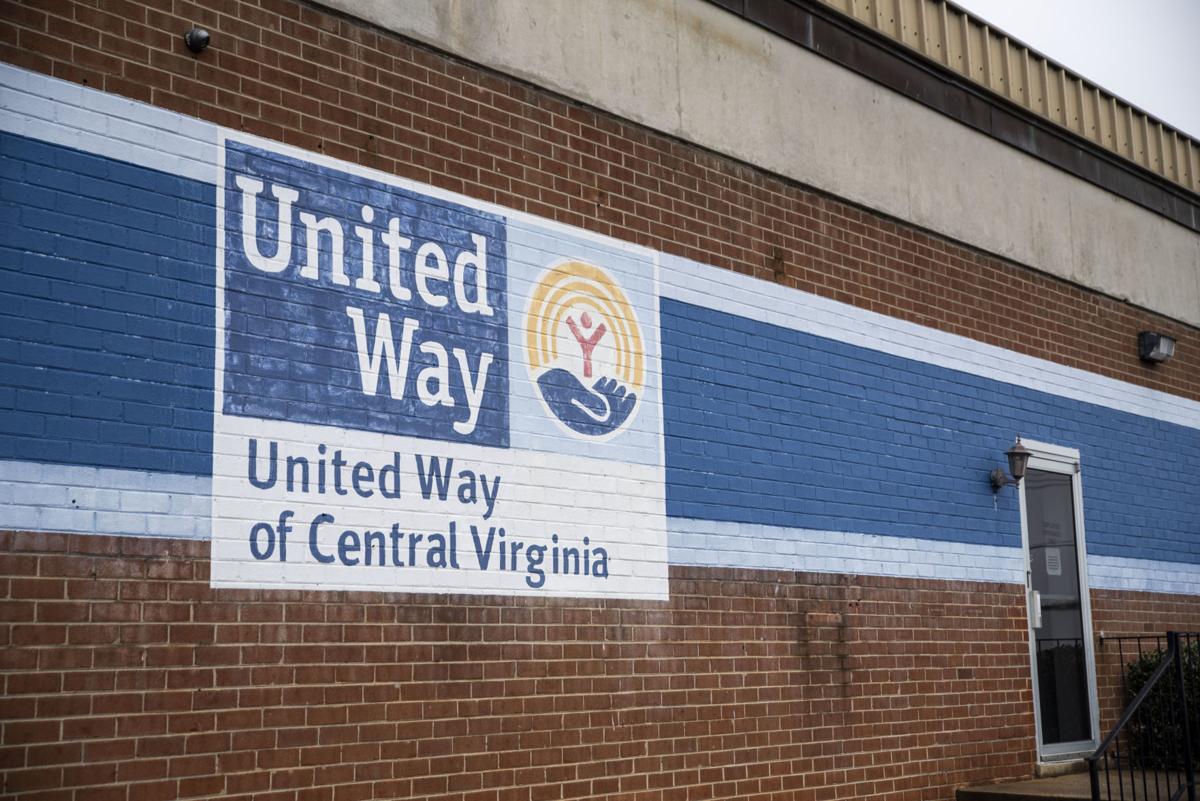 United Way of Central Virginia in Lynchburg on Tuesday, Jan. 26, 2021. 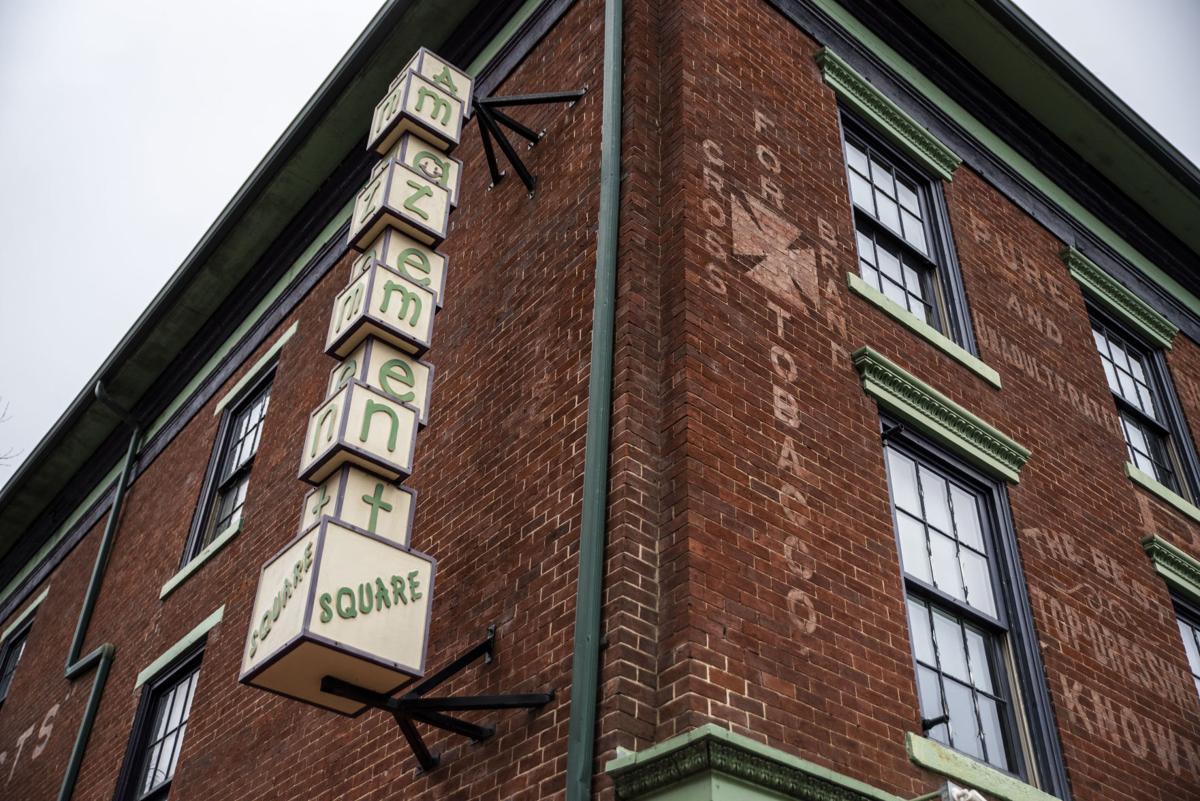 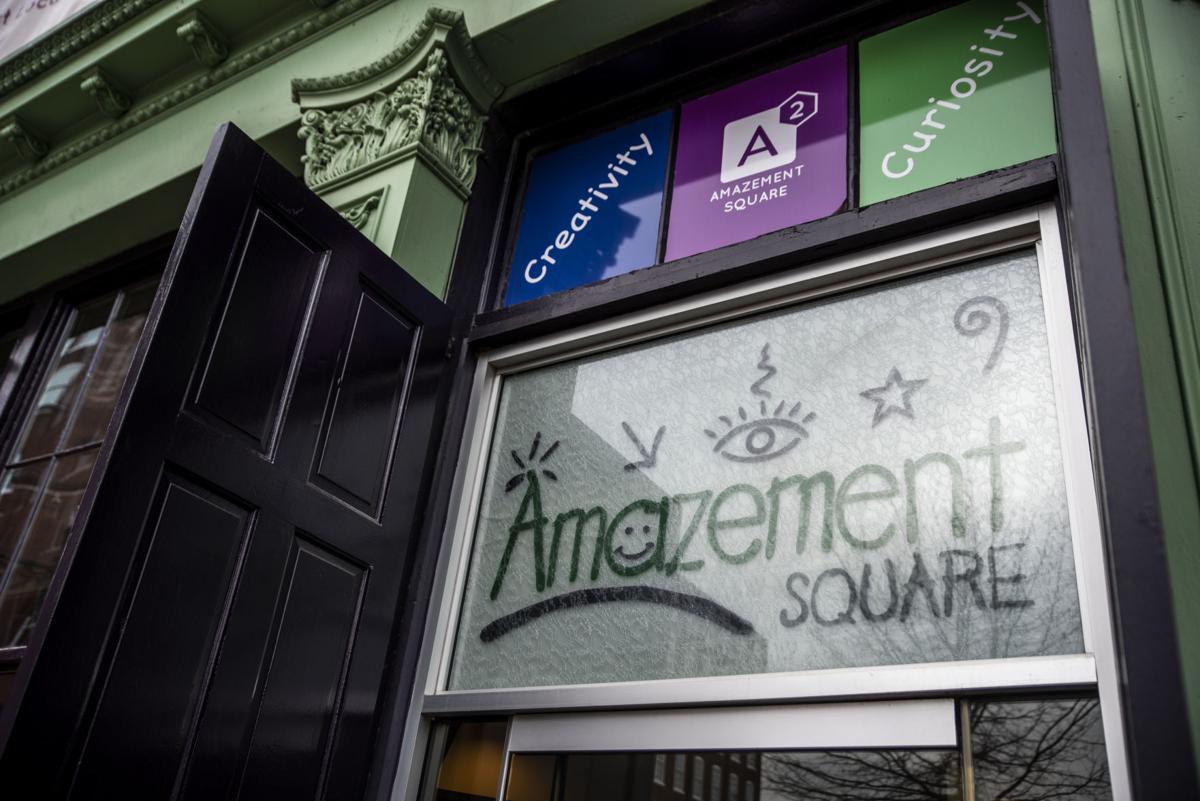 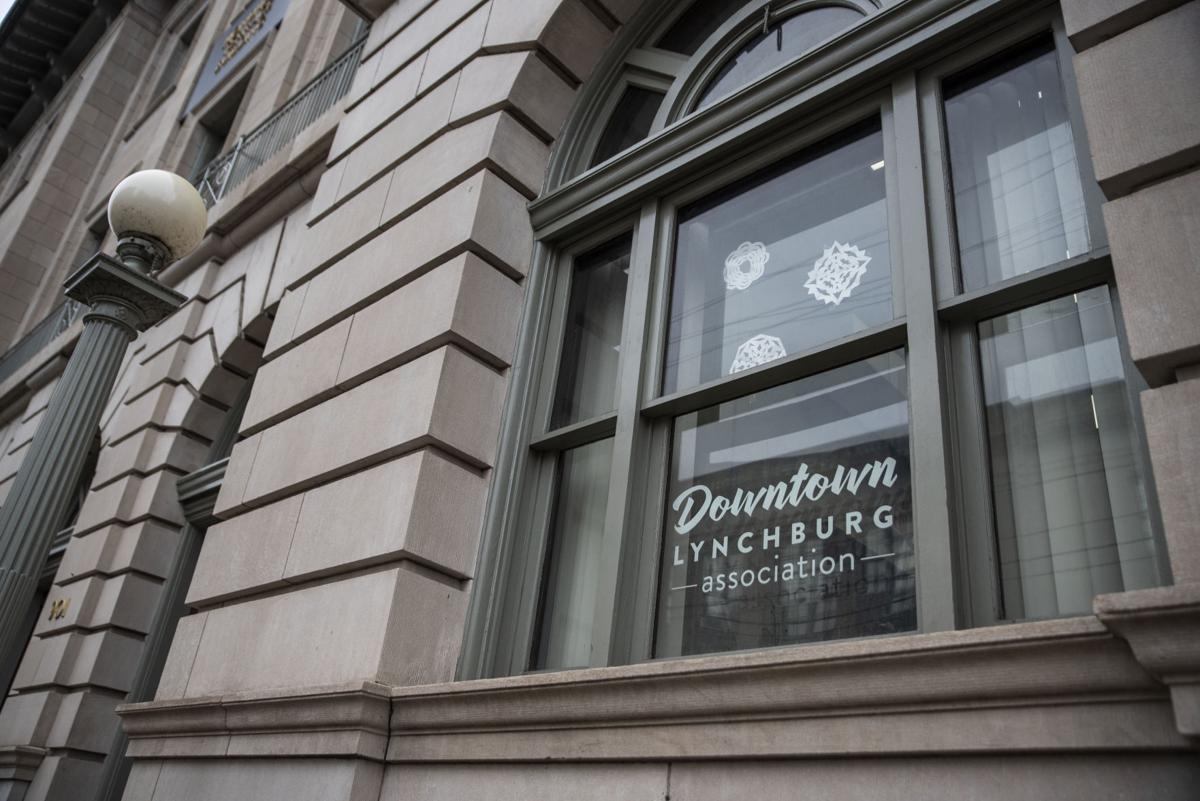 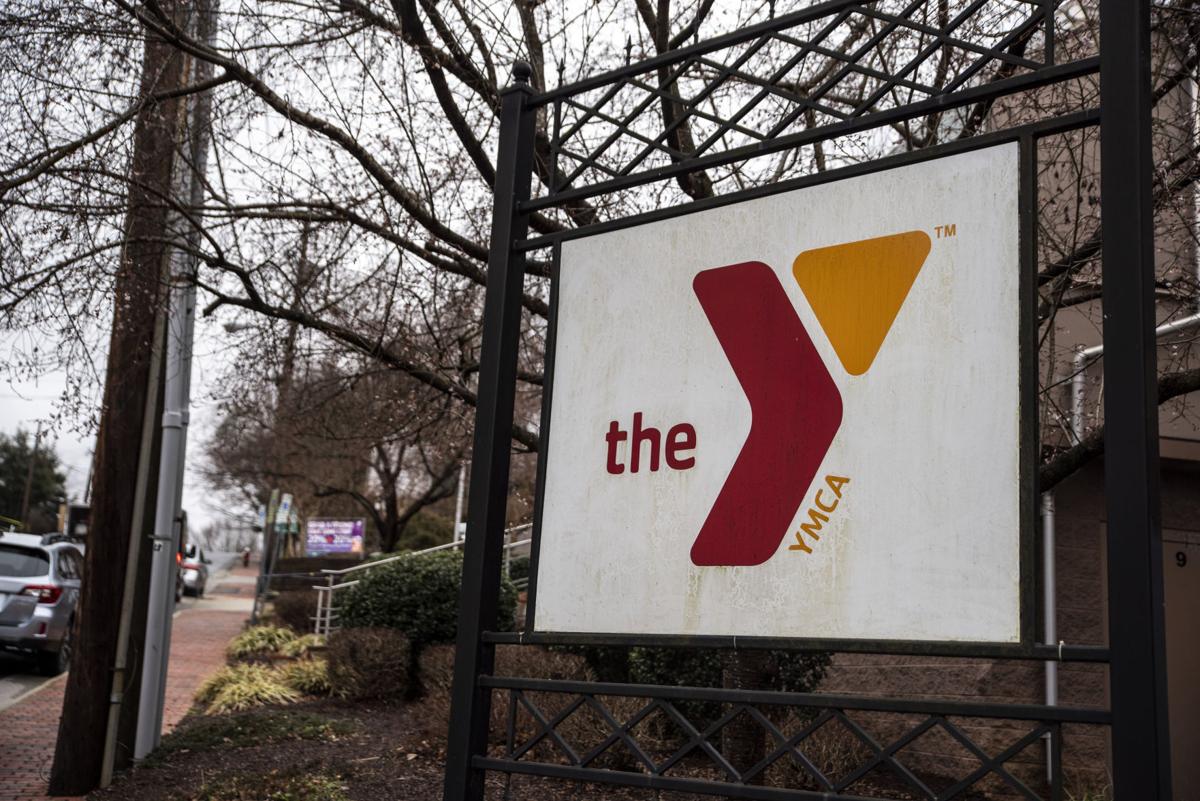 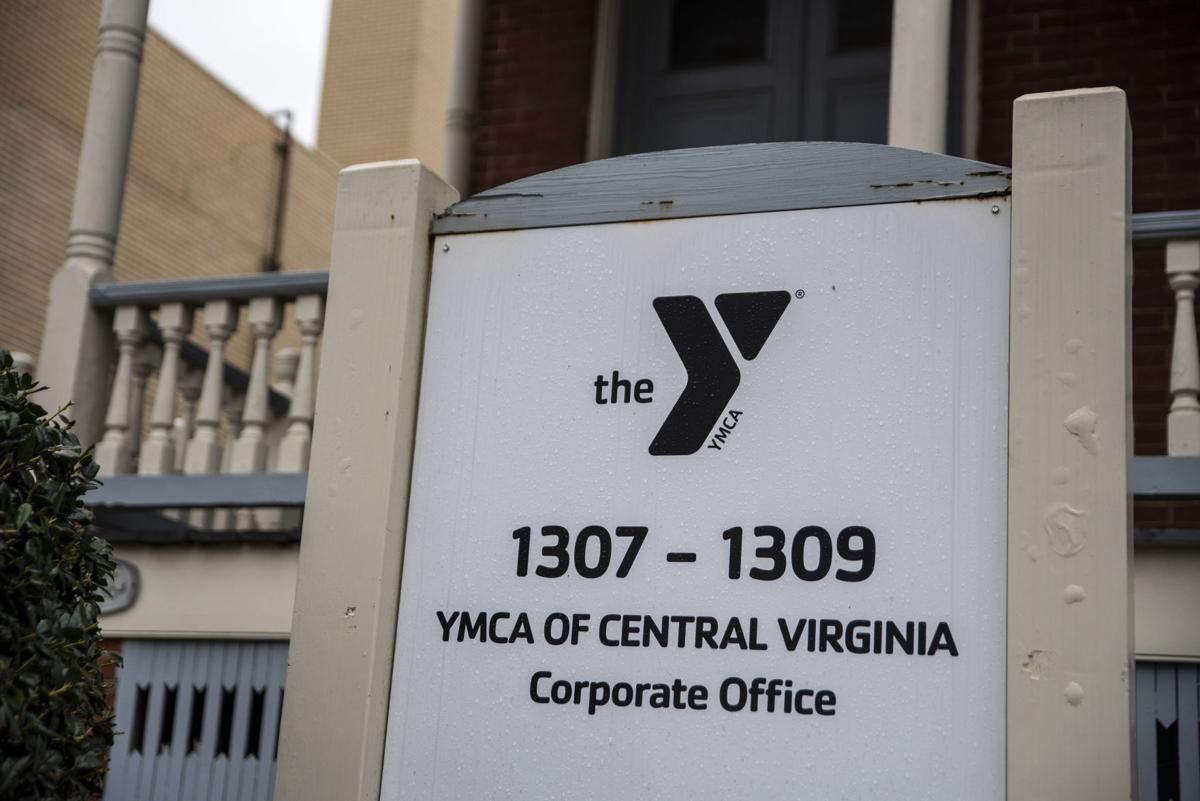 The YMCA of Central Virginia Corporate Office in downtown Lynchburg on Tuesday, Jan. 26, 2021. 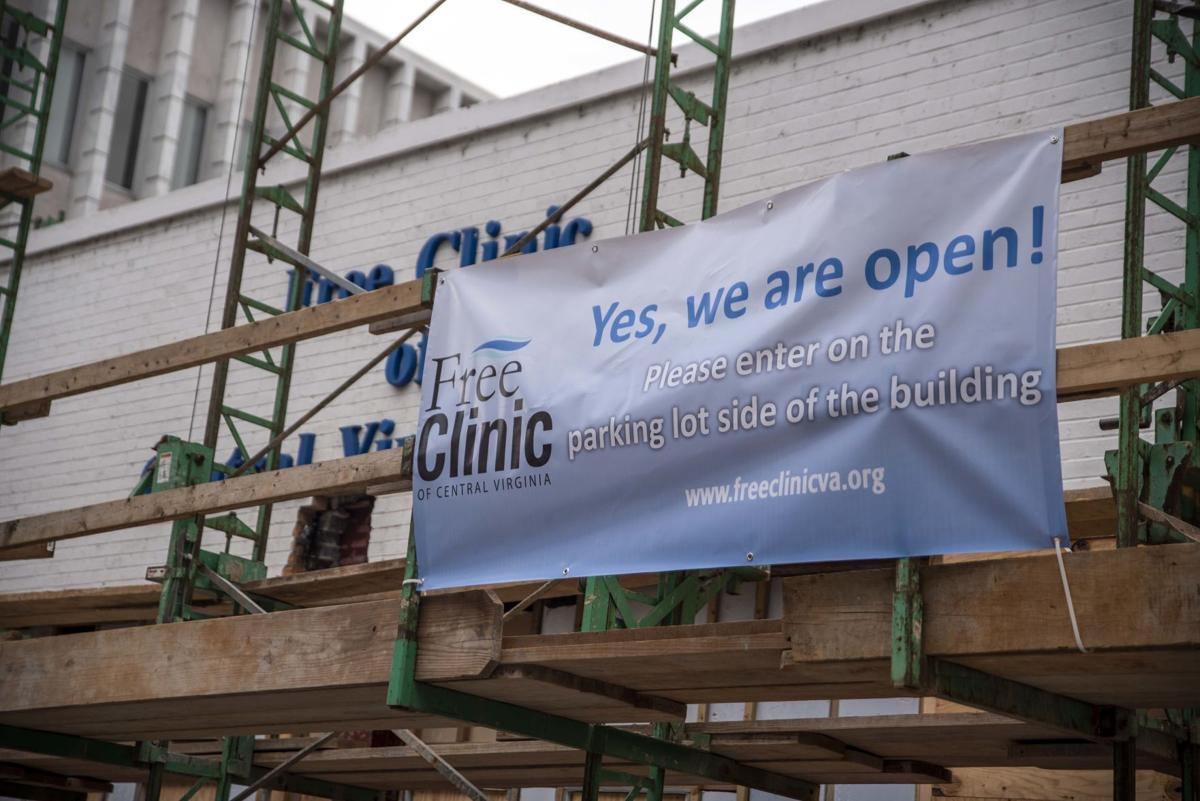 A sign saying The Free Clinic of Central Virginia is open during renovations hangs on the front of the building on Main Street in Lynchburg on Friday, Oct. 16, 2020.

Christina Delzingaro, CEO of the Community Access Network and the Free Clinic of Central Virginia, said like many nonprofits, Lynchburg’s Free Clinic relies on special events to fund its services, but during the pandemic, it was unable to hold its annual Loft Tour or its Dinner with Friends events.

At the same time, she said, the clinic has seen increased costs due to COVID-19 for personal protective equipment, implementing telehealth, and upgrading equipment.

A Rebuild VA grant to the clinic of $100,000 will help offset the impact of this loss of revenue during a time of increased costs.

“Access to health care is always important but especially during this pandemic,” she said. “These funds ensure that the Free Clinic is able to provide high-quality medical, behavioral health, dental and pharmacy services for uninsured and underinsured adults in our community.”

The Rebuild VA economic recovery fund is supported by federal Coronavirus Aid, Relief, and Economic Security (CARES) Act and is administered by the state Department of Small Business and Supplier Diversity.

The 69 businesses and organizations in the Lynchburg region were in the city plus the counties of Amherst, Appomattox, Bedford, Campbell and Nelson.

About half of the funds went to women-, minority- and veteran-owned businesses, and nearly half of the funding went to small businesses in low-income and economically disadvantaged communities. One of the Northam administration’s goals for the Rebuild VA program was to target those demographics for assistance.

Another local recipient of a $100,000 Rebuild VA grant was the United Way of Central Virginia, which supports 37 programs within 26 partner agencies in the area.

Dawn Wise, director of community engagement for UWCV, said many of the events those agencies had planned to hold last year were canceled and, in turn, brought in less funding.

“We know that from conversations with them that they’re down in their revenues 20%, 25%, 30%,” she said. “So the money will be passed on to those partner agencies because that’s what we’re doing, that’s what our work is for.”

UWCV would cut its own staff before cutting from funding programming within partner agencies, so the grant also helps pay staff at UWCV, Wise said.

Mort Sajadian, president and CEO of the nonprofit downtown children’s museum Amazement Square, said its $100,000 grant comes at a time when the museum is trying to recover from last year, when revenues were significantly down.

“At the end of the year, we had a budget that was 30% less than the previous year,” he said.

The museum never furloughed or laid off any staff, so the grant money will help continue to support staff positions and pay for programs planned for this year.

Sajadian said the money also will help with the free programming the museum provides to some of the early learning centers in the region.

“This is really impactful,” he said. “It allows us to focus on continued fundraising and allows us to do things we otherwise wouldn’t have been able to and helps us to recover from last year. The pandemic hurt all of us. Support like this is essential to museums to continue their services for the community.”

Allison Stronza, executive director of CASA of Central Virginia, said the Rebuild VA grant will replace lost income from three signature fundraising events that were canceled or postponed due to COVID-19. CASA, short for Court Appointed Special Advocates, is an organization that supports and promotes court-appointed advocates for abused or neglected children.

“Our CASA Blanca Gala was originally scheduled for April 3, 2020,” Stronza said. “We were only a few weeks away from the event when things started shutting down so we had no choice but to postpone to October. Then when things were still unsafe in October, we postponed again to May 1, 2021. It now looks like we may have to move this to a virtual event in 2021 or postpone to 2022.”

The CASA Shoe Sale has a similar story. It was originally set for April 2020 but was postponed to April this year but last week the board decided to postpone again until 2022.

“We were able to hold a reimagined version of the CASA Superhero Run by making it virtual,” she said. “Although we raised about $6,000 more than expected, we still only had about 30% of our normal participation.”

Stronza said fundraising events typically make up 34% of the budget, so canceling and postponing would have had a devastating impact on the organization without the support from grants such as Rebuild VA, which equals $90,000.

“With this money, we can continue operating at our normal level to recruit, screen, and train new CASA volunteers and to offer continuing education and support to existing CASA volunteers,” she said. “Children who have experienced abuse or neglect deserve the care and one-on-one attention that a volunteer Court Appointed Special Advocate can offer.”

The Downtown Lynchburg Association (DLA) is partially funded by the city of Lynchburg but receives most of its funding through individual and corporate giving as well as grants and program revenues.

“Sometimes, we raise funds for specific projects, but we also need general operating support to do the work we do [such as] payroll, utilities, office costs, etc. This allows us to do the important work that we do — business communication and retention, marketing and promotion of the district, public space projects, the Downtown Lynchburg Gift Card program, advocacy, and more,” she said.

The Roanoke Times contributed to this report.

A Lynchburg woman pleaded guilty Tuesday to being an accessory after the fact to a felony homicide after a robbery in September 2018 turned deadly.

With a dedicated and decorated history working to support and research women’s health, the timing of Dr. Kathleen Putnam’s Distinguished Nurse Practitioner award was perfect.

United Way of Central Virginia in Lynchburg on Tuesday, Jan. 26, 2021.

The YMCA of Central Virginia Corporate Office in downtown Lynchburg on Tuesday, Jan. 26, 2021.

A sign saying The Free Clinic of Central Virginia is open during renovations hangs on the front of the building on Main Street in Lynchburg on Friday, Oct. 16, 2020.