SALE!
Only $3 for 13 weeks
Unlimited Digital Access
Log In Get Offer
Get Started
Get Offer
Return to Home Page
Terms of Use   |   Privacy Policy
You are the owner of this article.
Edit Article Add New Article
You have permission to edit this article.
Edit 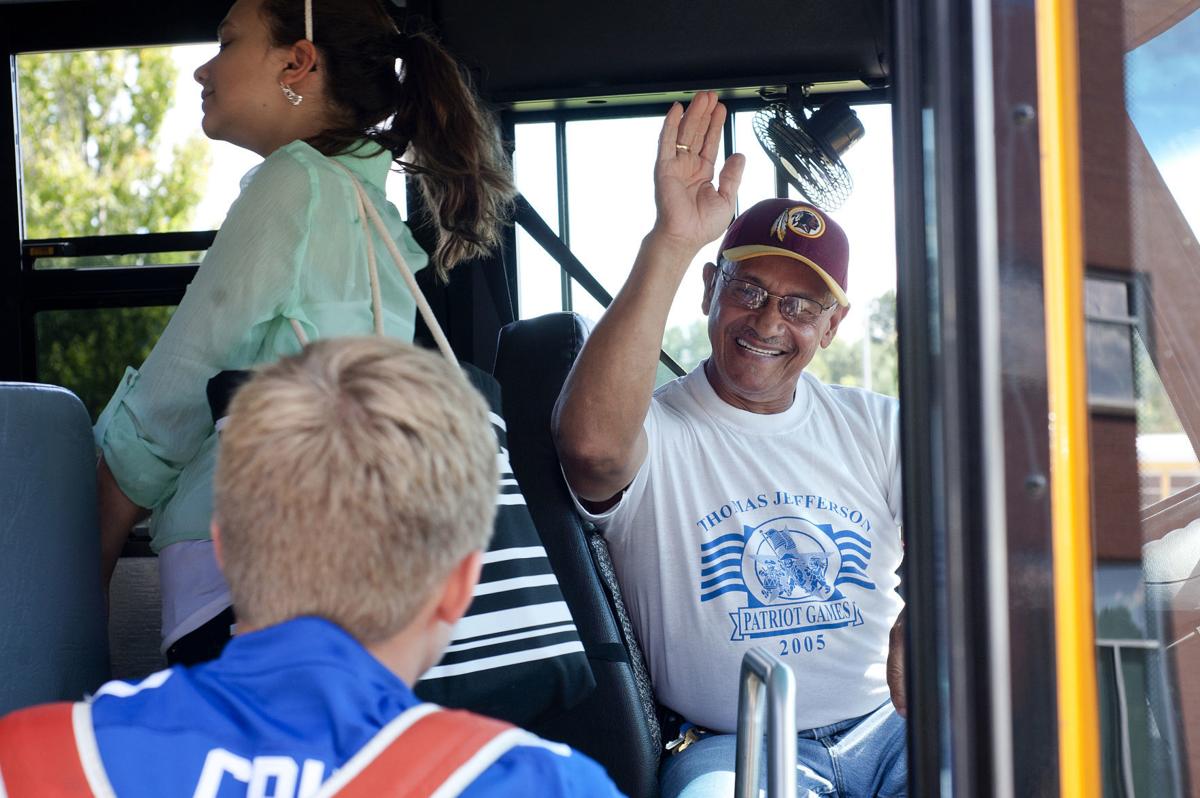 In this Sept. 13, 2013 file photo, James Bryant greets students as they get on his school bus. 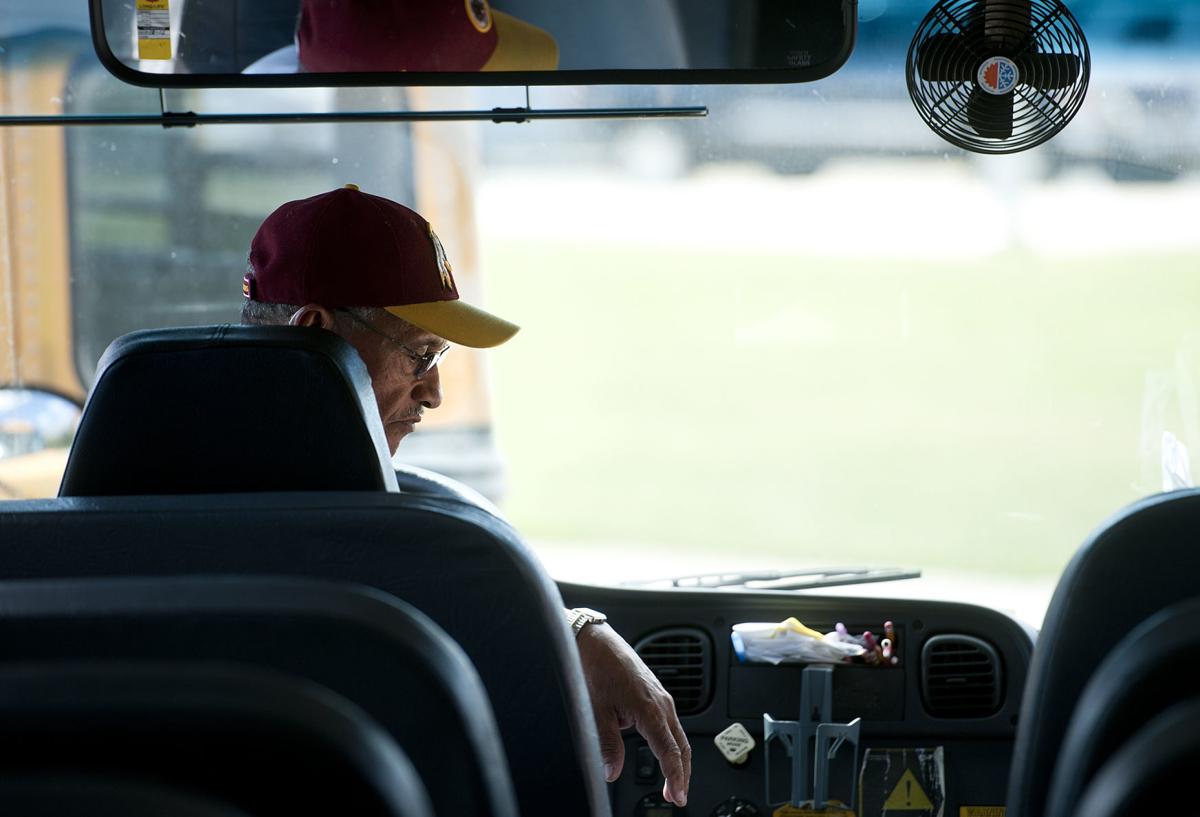 In this Sept. 13, 2013 file photo, James Bryant waits for students to arrive as he sits in his school bus outside of Forest Middle School. 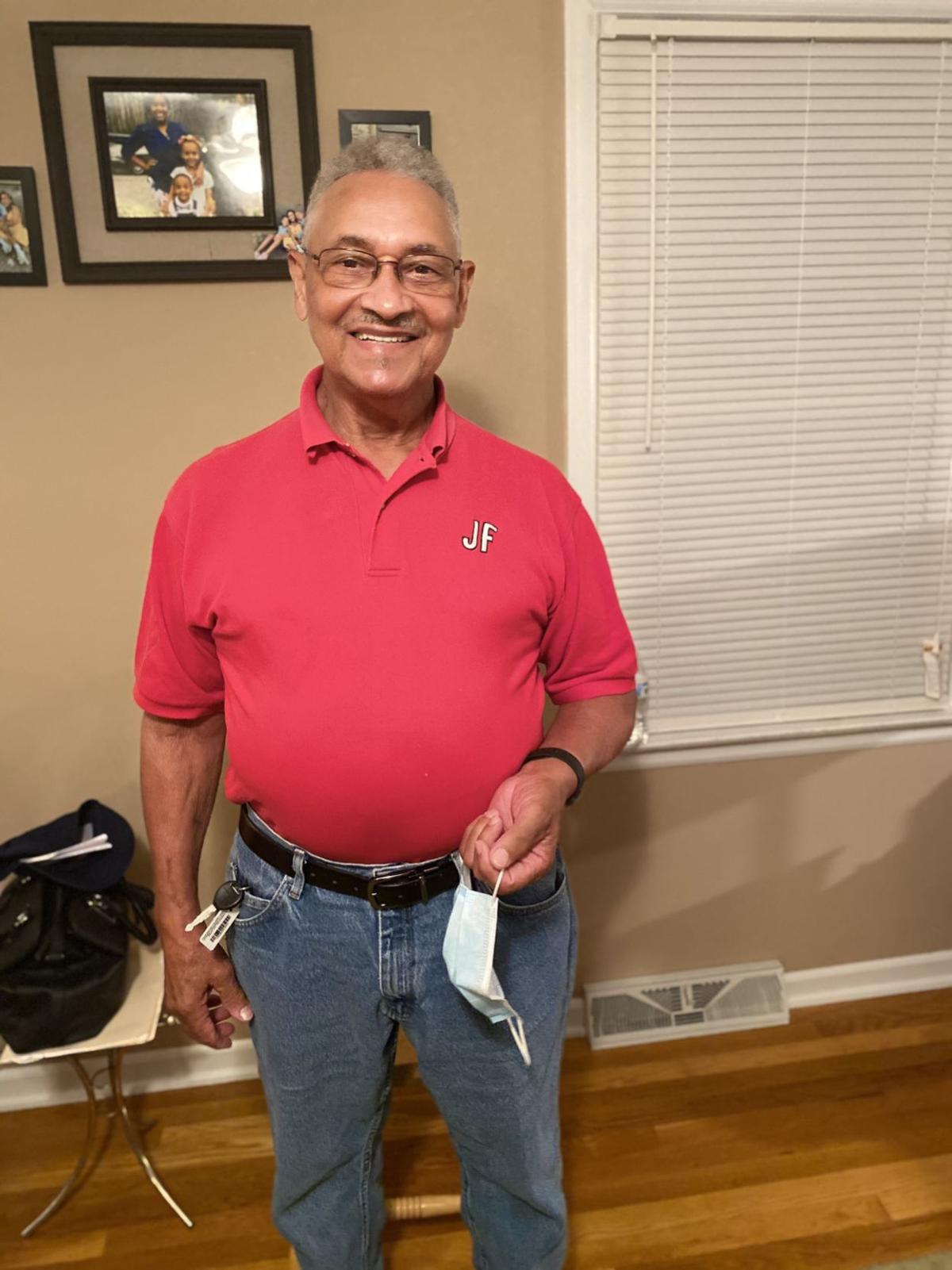 James Bryant, Sr., of Forest is retiring in June, 2020, after 61 years as a school bus driver for Bedford County.

After 61 years of serving as a bus driver for Bedford County Public Schools, James Bryant, Sr., is retiring at the age of 82.

Bryant started his bus driver career in September 1959. It was one of his three jobs.

“I was doing this to support my family,” Bryant said, who met his wife, Hilda, driving her to Susie Gibson High School — now Susie G. Gibson Science and Technology Center. “I told my family, my wife, ‘I’m going to take care of you. You stay home, and take care of the kids and send them to school nice and clean, and their hair combed, and fix them up nice.’ And she did. I told them I would work hard and take care of them.”

The couple has been married for 59 years and have three children, six grandchildren and four great-grandchildren.

Over the course of his bus driving career, Bryant would transport his children, grandchildren, and great-grandchildren to school.

“I carried generations,” he said.

Even though some of his riders were his own children, Bryant said he never showed favoritism; he was not afraid to drive past his children’s stop if they were running late for the bus. A couple times, he said, he did have to leave them, holding them to the same standard as everyone else along his route.

Bryant made numerous memories over his 61 years driving school buses and also experienced a pivotal event in history: integration. He remembers when buses and schools were still segregated, transporting both Black and white children to their respective destinations.

“I drove a lot of years through changes,” Bryant said.

The school bus for Black children did not often have enough room for every student to sit, he recalled.

“You had to cram them in there,” he said.

Bryant said although children once were segregated, he always loved them equally.

“I don’t have no problem with nobody, white or Black. I didn’t make no difference between them,” he said. Bryant himself comes from an interracial family: His father was white, he said, and his mother was Black.

Once schools and buses were integrated, Bryant said children of all colors sat together when riding and things on his buses were friendly overall.

Bryant always wanted his students to succeed. Whether he allowed them to eat their breakfast on the bus so they fueled up for the day or had one-on-one talks with them about behavior that needed correcting, he said he rarely had trouble with his riders.

“I had a lot of respect for my children. And I told some of the drivers, ‘If you respect the child, the child’s going to respect you,’” Bryant said.

Now that he is retired, Bryant plans to spend time working on his son’s farm and enjoying time with his family.

“We are just all so proud of him,” said Bryant’s youngest daughter, Catherine Hayes. “He has always raised us to do your best. If you work, and you are passionate about your work, you always do the very best you can at that job, and you show yourself worthy. You set an example, and that’s how you thrive and do well. We all get our strong work ethic from him.”

Bryant said he will miss the kids the most as he moves on.

“I’m proud of what I did. Proud of the years that I drove children,” he said. “I had some nice children on my bus. Sometimes you have to give up what you don’t want to give up.”

Garland Harper, a longtime Amtrak station agent, was at home at the Hill City's Kemper Street Station. Enthralled by rail since childhood, he found endless joy watching trains pass by for a living.

One firefighter got overheated but no one was injured after a one-story ranch home off English Tavern Road caught fire Tuesday afternoon. The home is a total loss.

In this Sept. 13, 2013 file photo, James Bryant greets students as they get on his school bus.

In this Sept. 13, 2013 file photo, James Bryant waits for students to arrive as he sits in his school bus outside of Forest Middle School.

James Bryant, Sr., of Forest is retiring in June, 2020, after 61 years as a school bus driver for Bedford County.