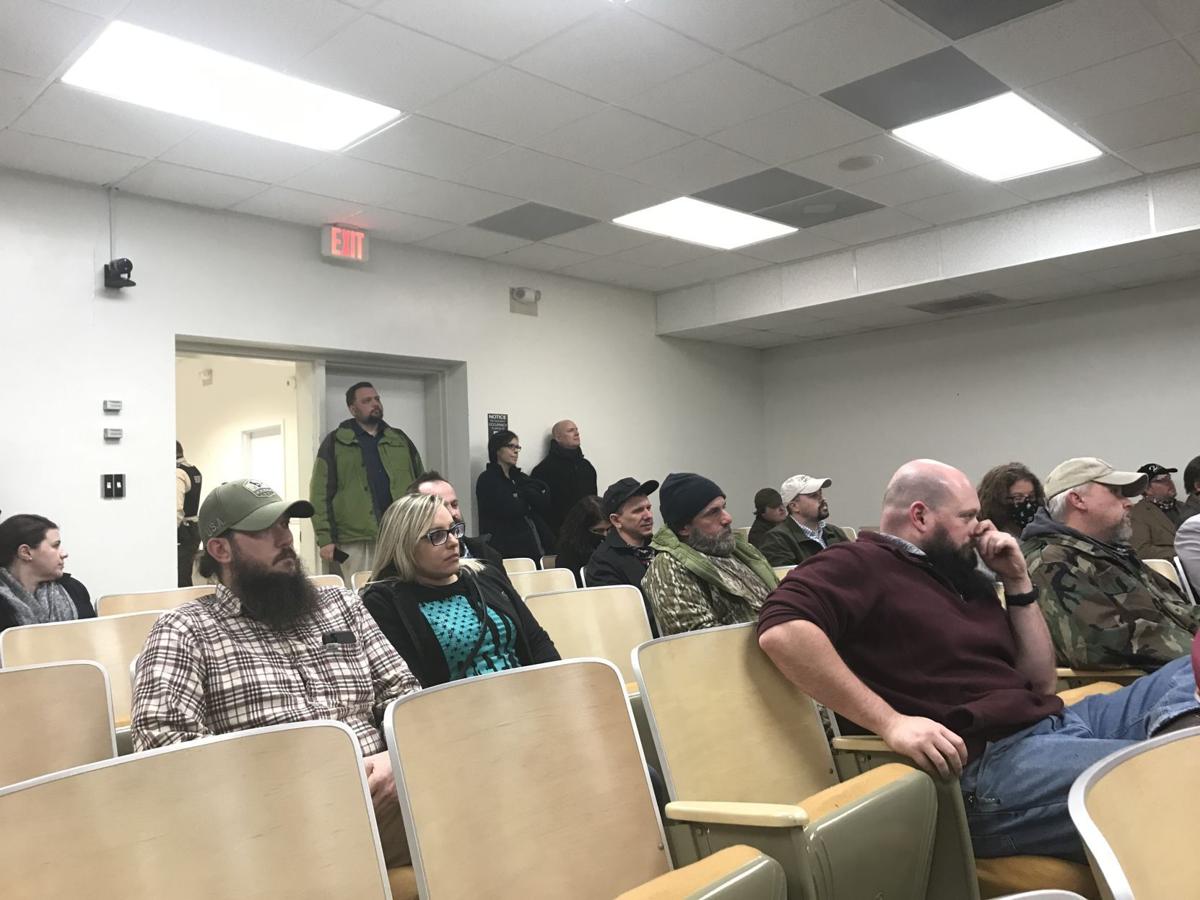 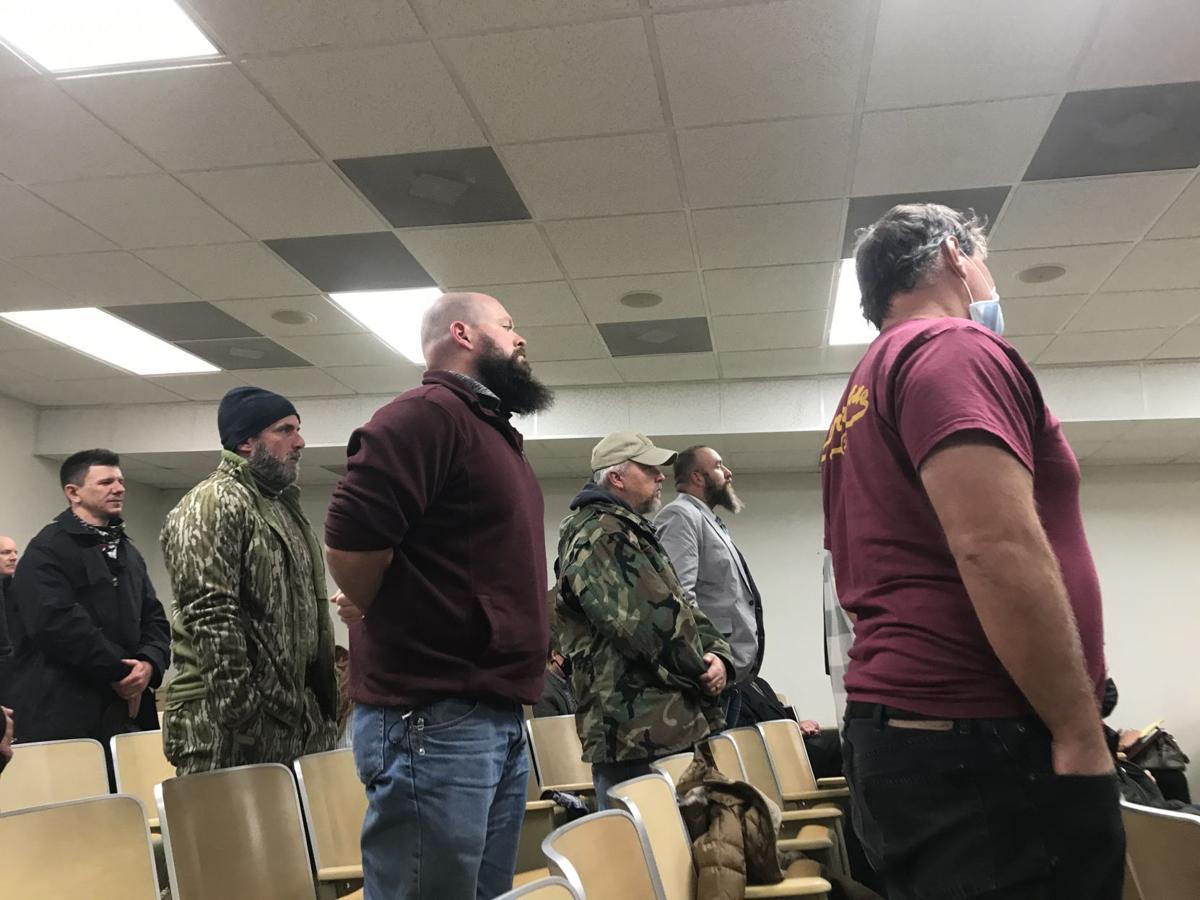 RUSTBURG — Campbell County supervisors have passed a resolution rejecting Gov. Ralph Northam’s recent executive order, declaring the county a “First Amendment sanctuary” and directing the county to express opposition to the governor’s new safety guidelines that limit the size of gatherings, among other restrictions.

Northam’s executive order, issued last month, caps indoor and outdoor gatherings to no more than 25 people in an effort to suppress the spread of COVID-19 as cases climb locally and nationally. It also directs restaurants and bars to stop on-site alcohol sales at 10 p.m. and close by midnight.

The county’s new resolution, approved unanimously Tuesday evening by the Campbell County Board of Supervisors, parallels the Second Amendment sanctuary resolution passed by the board more than a year ago and calls for the rejection of Northam’s mandates, which the board deems “unconstitutional.”

The proposed resolution states the governor’s mandate is in violation of the Constitution of Virginia and seeks to oppose enforcement of the executive order. Specifically, it states no county funds will be used to restrict “the First Amendment,” and requests the sheriff’s office “not assist any state law enforcement officer, state health agent or federal agent” attempting to enforce the order.

Since the pandemic began, there have been 1,224 positive cases of the virus reported in Campbell County, with 39 hospitalizations and 13 deaths. The county’s 7-day average of 32.2 new daily cases reported per 100,000 people is higher than the state’s average of 27.1, according to the Virginia Department of Health.

Dozens of Campbell County residents turned out to back the resolution, many a united front in camo, blue jeans and ballcaps. When Concord District Supervisor Matt Cline began to read the resolution, there was a flurry of movement as they took off their face masks in a show of support. The same solidarity brought the crowd to its feet as residents praised the county for passing the resolution and, in turn, dismissed the few residents who took to the podium to speak in opposition.

The Campbell County resolution is modeled off of similar ones that have emerged around the state, distributed by various conservative organizations or brought before boards in neighboring counties. Last week, Bedford County opted not to discuss a “No Shutdown” resolution, citing too-harsh language that overextended the county’s power — like paragraphs directing local sheriff’s offices to arrest officials enforcing the governor’s mandate.

“It’s a sad day in the United States of America and the Commonwealth of Virginia when a governor using unlegislated mandates is harassing, fining citizens, business owners and elected officials, forcing compliance through fear and intimidation,” Cline said. “I took an oath to protect and defend the constitution of the United States of America, and that oath does not have an expiration date. Moreover, our position as an elected official obligates us to take a stand for the rights and liberties of citizens that we serve.”

Drafted this past week, Cline said the resolution seeks to continue the board’s support for local law enforcement and maintain its positive “working relationship” with its county departments.

Previously, Cline emphasized county supervisors do not have the authority to direct constitutional officers, like those in the sheriff’s or commonwealth’s attorney’s offices. He said Campbell County’s resolution will not seek to threaten the funding of its county departments.

Much like the Second Amendment sanctuary resolution, Sunburst District Supervisor Steve Shockley said it is a largely symbolic gesture, one that supervisors hope will be heard by local legislators and spread statewide. He called executive orders a “slippery slope,” one he fears will escalate into greater infringements on the rights of county residents.

It is unclear what true affect the resolution will have for the county. The Virginia Department of Health is charged with enforcing the mandate, not local law enforcement, and Campbell County Attorney Tripp Isenhour said he still is evaluating the implication of the resolution. In an interview with The News & Advance on Wednesday, he was unable to say the effect it would have on the county.

Campbell County Administrator Frank Rogers said that even prior to the resolution, the county was not involved in enforcement of the mandates.

“I don’t think it presents a wide swing in our operational behavior,” Rogers said of the resolutions passing, but added that county staff will be “all the more cogent” of not overstepping the board’s direction to stay uninvolved in enforcement.

Like Isenhour, Rogers said the county still is evaluating what the resolution directs, and how it “may or may not” affect daily operations.

Campbell County Sheriff Whit Clark told The News & Advance on Wednesday he supports the resolution but it will not affect the way the sheriff’s office operates.

“We are not enforcing any of that,” he said of the mandates. “We haven’t been and we’re not going to.”

He said although it isn’t clear if the resolution has any “teeth,” it was symbolic of the feelings of many citizens of Campbell County.

At the Tuesday meeting, Chairman Watts excused the boardroom’s crowd, one that far surpassed the 25 person cap, by saying the limit could not limit the operation of government business, and that the board was required to allow for public comment and would do nothing to restrict it.

“Just like it’s not the government’s role to wash your hands during the flu season, it’s also not the government’s proper role to shut down or restrict your place of business or church for the same purpose,” Watts said. “These restrictions cross a line that it’s hard to come back from. I believe free people have a duty to push back against these actual restrictions.”

While much of the room was in unanimous agreement, a few outliers, like 79-year-old James Cerillo, spoke against the resolution. Looking around the room, he said his wife did not want him to attend the meeting, that she was at home crying, worried he had attended a “superspreader activity.”

He said they are scared to death of the virus and that America was losing the battle.

When asked about the Campbell County resolution and others like it being discussed by nearby localities, Centra CEO Dr. Andy Mueller said Wednesday it is important communities remain vigilant, even when that means taking precautions that are sometimes difficult.

“I’m not a politician or an elected official and don’t have to make policy decisions about governing areas. But as a physician, as a scientist, as a health care leader, my hope is that we’re all doing our part to help reduce and diminish the spread and transmission of this disease,” Mueller said.

He said it was more important than ever that localities work together to ensure they do the “right and smart things.” With a vaccine on the horizon, he said, these next few months are crucial in “being able to bend the trajectory” of COVID-19.

For some, like Chris England, owner of The Clubhouse Bar & Billiards in Campbell County, the executive orders have hurt business, he said at Tuesday’s meeting, and have strengthened his support for such a resolution. He thanked the county for becoming a sanctuary and hopes to see the movement “go up the chain,” so it garners further results statewide.

Before COVID-19, he said, he had more than 50 employees. Now he is down to about a dozen. The new restrictions on alcohol sales take his best 16 hours of the week, he said. He added his profits have taken a deep dive, and the restrictions are taking the food off of his employees’ tables.

“I believe that we ought to protect the vulnerable, protect the high risk, but let everybody live their life,” England said. “I’m asking for you, as the board, to take my sentiments as one of the few restaurants and bars in Campbell County, and push it up the food chain to Governor Northam. Let him know how it’s affecting us, how it’s affecting our county.”

Wes Gardner, a county resident and spokesperson for the local militia, said it took guts to pass the ordinance. He said there is no way to know if there will be “repercussions from Richmond,” but if so, that he will stand with the board.

As he spoke, most members of the room rose to their feet. All those who earlier had taken off their masks had not replaced them, and wouldn’t for the remainder of the meeting.

“I pray to God that this takes foothold,” Gardner said, “and becomes a wave that goes across the state.”

Read for yourself: First Amendment Sanctuary Resolution of Campell County

The governor suggested that if trends continue, more public restrictions could be on the way.

Despite optimism COVID-19 vaccines could arrive in the area as soon as next week for essential workers and frontline caregivers, Centra Health…