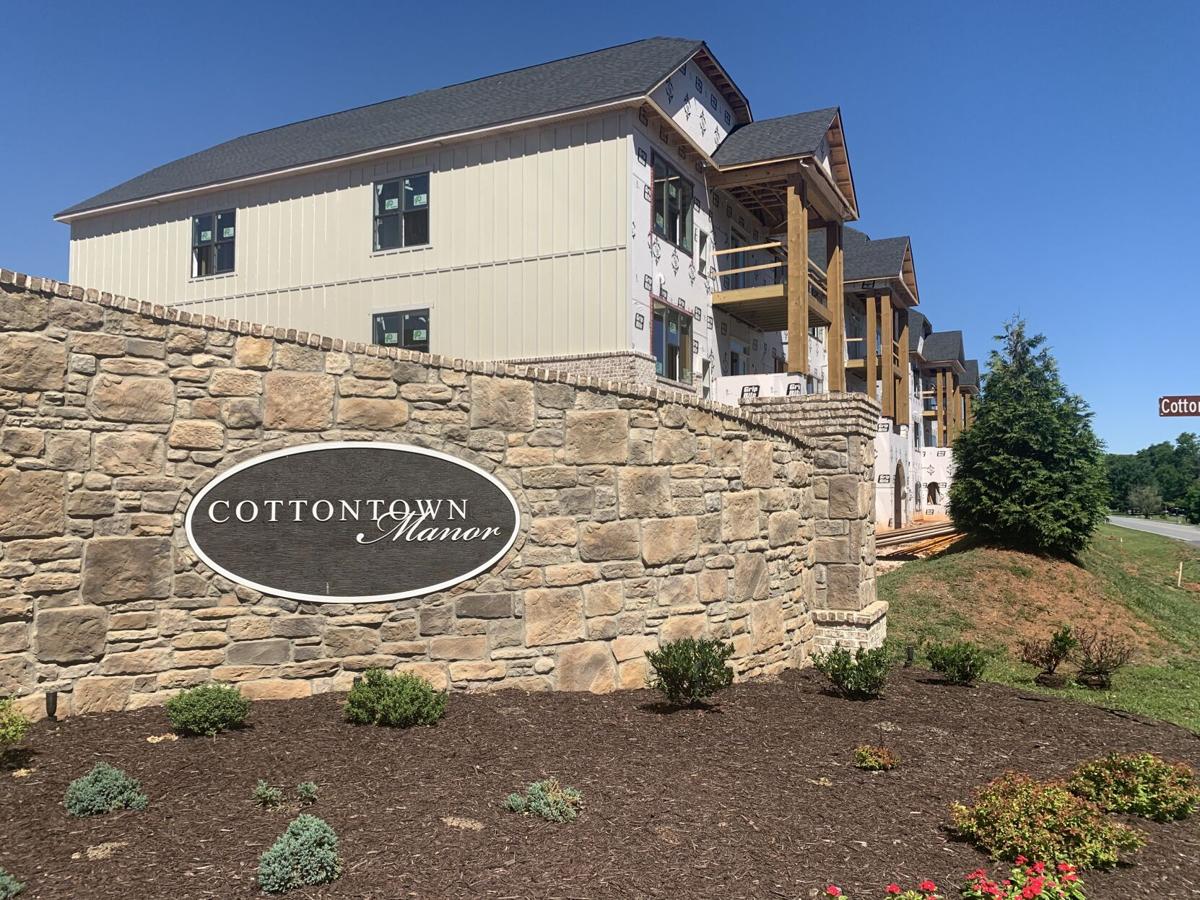 The entrance into Cottontown Manor is pictured on Cottontown Road in Forest. 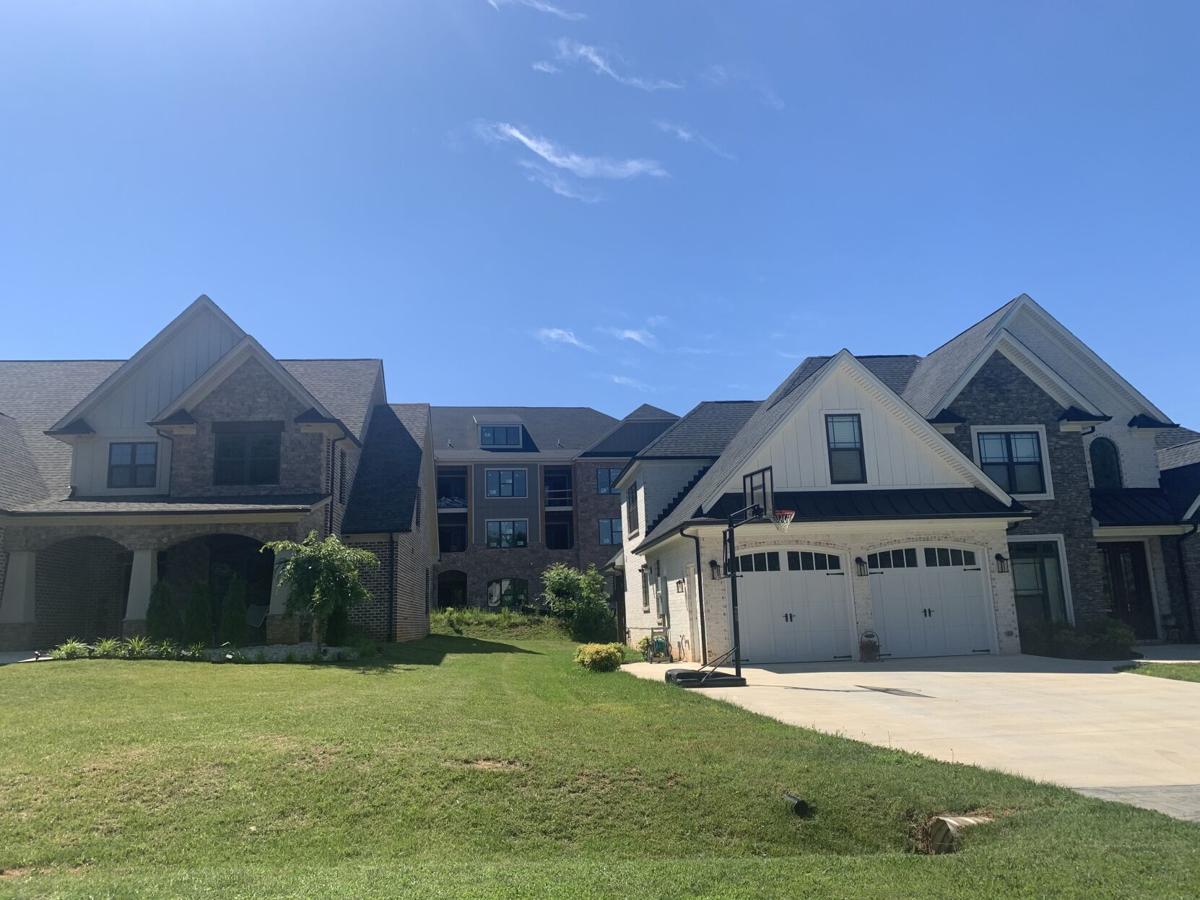 A multi-story building in the background is adjacent to a row of homes on Hunters Creek Road in Forest. Some residents on the road complained of the Cottontown Manor’s proximity to their street during a June 15 public hearing before the Bedford County Planning Commission on a rezoning request that would allow more units. 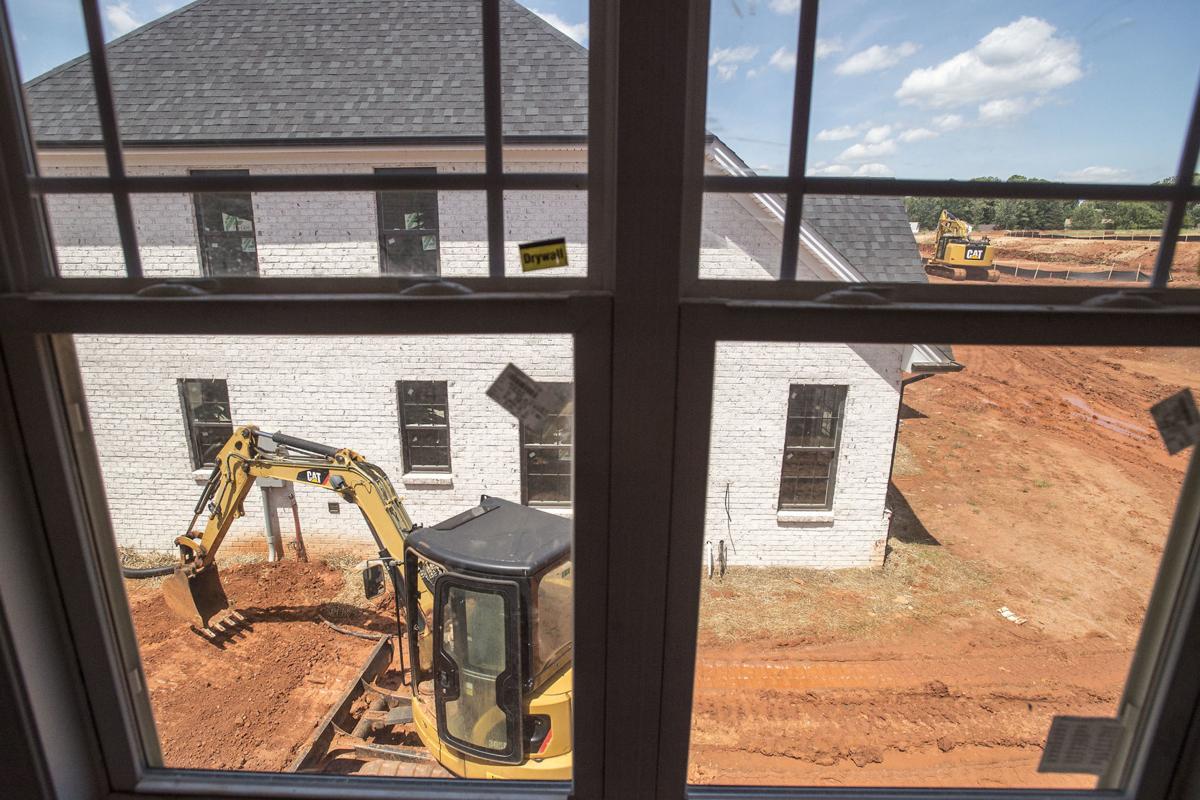 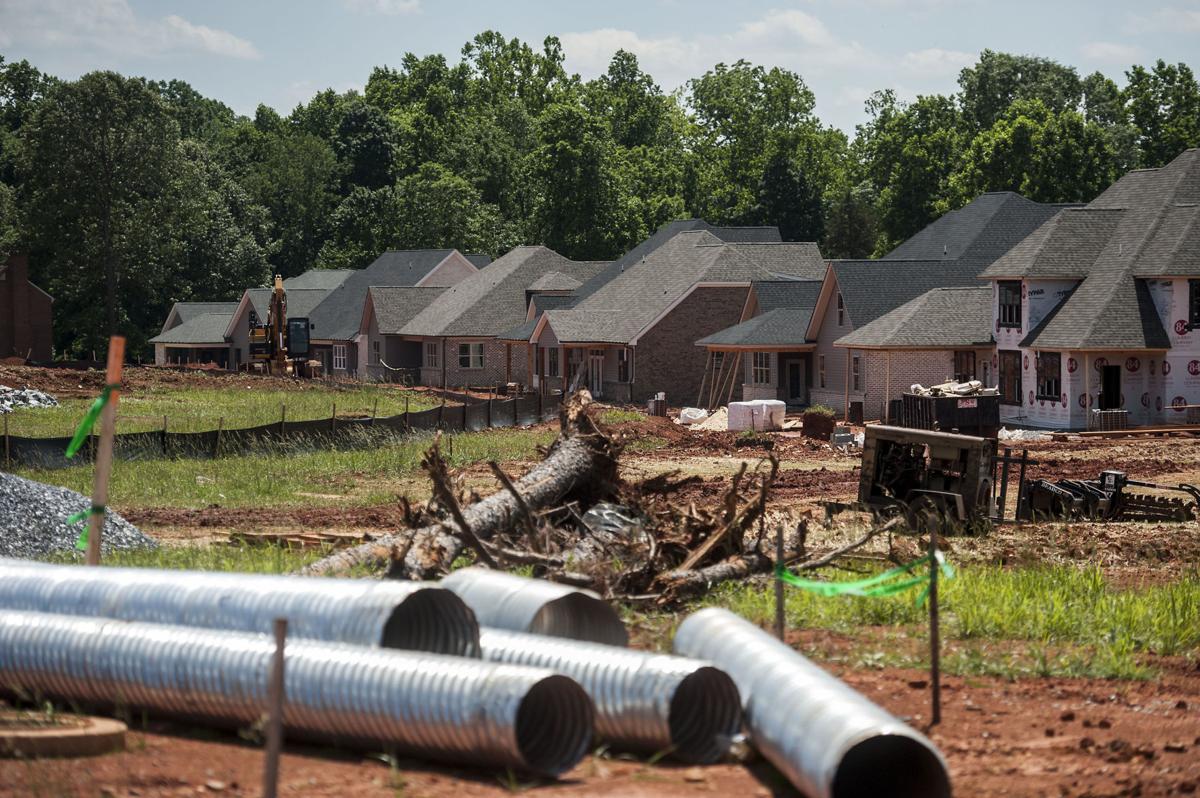 BEDFORD — The property owner of the Cottowntown Manor development just off U.S. 221 in Forest seeks to rezone the neighborhood for the purpose of establishing a multi-family dwellings use, a request which triggered opposition from some neighbors earlier this week.

The Bedford County Planning Commission on Tuesday held a public hearing on the rezoning application from Cottontown Investments, LLC, which seeks to change the zoning from Planned Residential Development (PRD) to High-Density multi-family Residential District (R-4). The property on Cottontown Manor Drive, which includes some buildings with tenants and other units under construction, consists of 180 multi-family dwelling units and 96 extended-stay hotel units in close proximity to U.S. 221, according to the application.

The property’s current uses are by-right in the PRD district, meaning no special approval was required from the county’s board of supervisors or planning commission. Multi-family dwellings uses include storage, warehousing and distribution of goods within enclosed structures or outdoors, primarily for commercial purposes, in the R-4 district, according to county documents.

Jordan Mitchell, Bedford County’s director of community development, said the current cap on the development is 276 units in a combination of apartments and extended-stay hotel units. The rezoning, if approved, clears the way for 24 more units, Mitchell said.

“It would allow for an increase in density,” Mitchell said, noting the added units would not be extended-stay.

In response to a commissioner’s question of higher density bringing impacts to neighbors, Mitchell said: “The impacts are really unknown until we get the site plan with these types of uses.”

During the hearing, several neighbors, including some who said they live on Hunters Creek Road, which is directly next to the development, raised concerns about allowing higher-density development there.

Speakers addressed noise issues, lack of privacy and heavy traffic. One Hunters Creek Road resident said rains caused mud and debris from the construction site to come into his yard, adding he has encountered a lot of problems with the project and he would not have built his home there if he was told a three-story apartment building was coming.

Another resident who lives nearby said, “We had no idea we would be seeing these monstrosities when we drive in our neighborhood,” referring to the multi-story buildings in the development.

The developer recently submitted to the county a voluntary proffer that states the project will have a maximum of 300 dwelling units on the property.

Daniel Cyrus, of Cottowntown Investments, said the development has eight buildings completed and two are under construction. The buildings completed have 100% occupancy and 276 units are approved by the county “from a site plan perspective,” adding there could be up to 291 units, Cyrus told the commission.

The rezoning’s bottom line difference, if approved, is nine units, according to Cyrus. “A big reason for us to be here to request the rezoning is to eliminate any ambiguity that could exist by the project being in the PRD district,” he said.

Cyrus said the traffic from the additional units wouldn’t bring too much of a change, what has been built today was done by right and the developer has helped rectify situations with neighbors’ yards and runoff issues during construction.

“We’ve had some significant rain events,” Cyrus said. “We’ve done anything we can do to help with that situation.”

Cottontown Manor has a “tremendous amount of diversity” among tenants from retirees to young professionals to families and college students, Cyrus said.

“It’s not like this is a student housing complex by any means at all,” he said.

The development has included three major concepts: apartments, extended-stays and villas, according to the developer and engineering firm.

“We’ve had several concepts of the development,” said Tom Bell, of Thomas Builders of Virginia, Inc. “We try to do the best we can with these properties.”

Bell said Cottontown Manor “set the standard” for apartments in the area. Addressing the noise concerns, he said in the past year probably a dozen calls have been fielded.

“We have a high-end clientele who live in these apartments. They’re not partying,” Bell said, adding if issues arise they are dealt with. “We’re on top of this stuff.”

Commissioners tabled a recommendation to the board of supervisors and, because of an issue with the county sign notifying residents of the rezoning, continued the hearing to their July meeting.

As the owners of the James Crossing apartment complex stand poised to receive $6 million in bonds for rehabilitation, several of its tenants have been put up in hotels because of severe maintenance issues — some of which have led to units being condemned.

The Appomattox County Sheriff's Office has identified a man who died in a Spout Spring shooting on Wednesday.

A Bedford man was charged with second-degree murder in connection with the death of a Bedford County man, police said Friday.

A woman who ran the now-shuttered Bull Branch restaurant in downtown Lynchburg was ordered on Wednesday to pay more than $5,000 in restitution for years of unpaid meals taxes.

The entrance into Cottontown Manor is pictured on Cottontown Road in Forest.

A multi-story building in the background is adjacent to a row of homes on Hunters Creek Road in Forest. Some residents on the road complained of the Cottontown Manor’s proximity to their street during a June 15 public hearing before the Bedford County Planning Commission on a rezoning request that would allow more units.