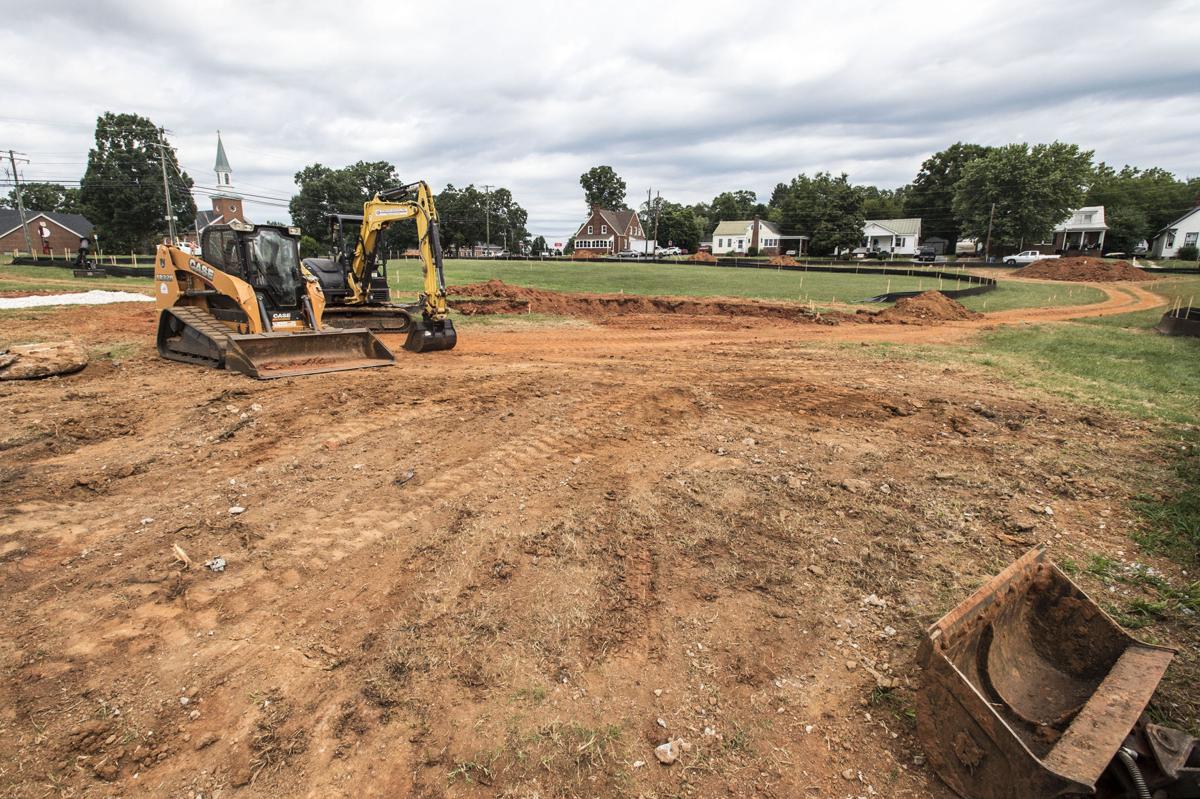 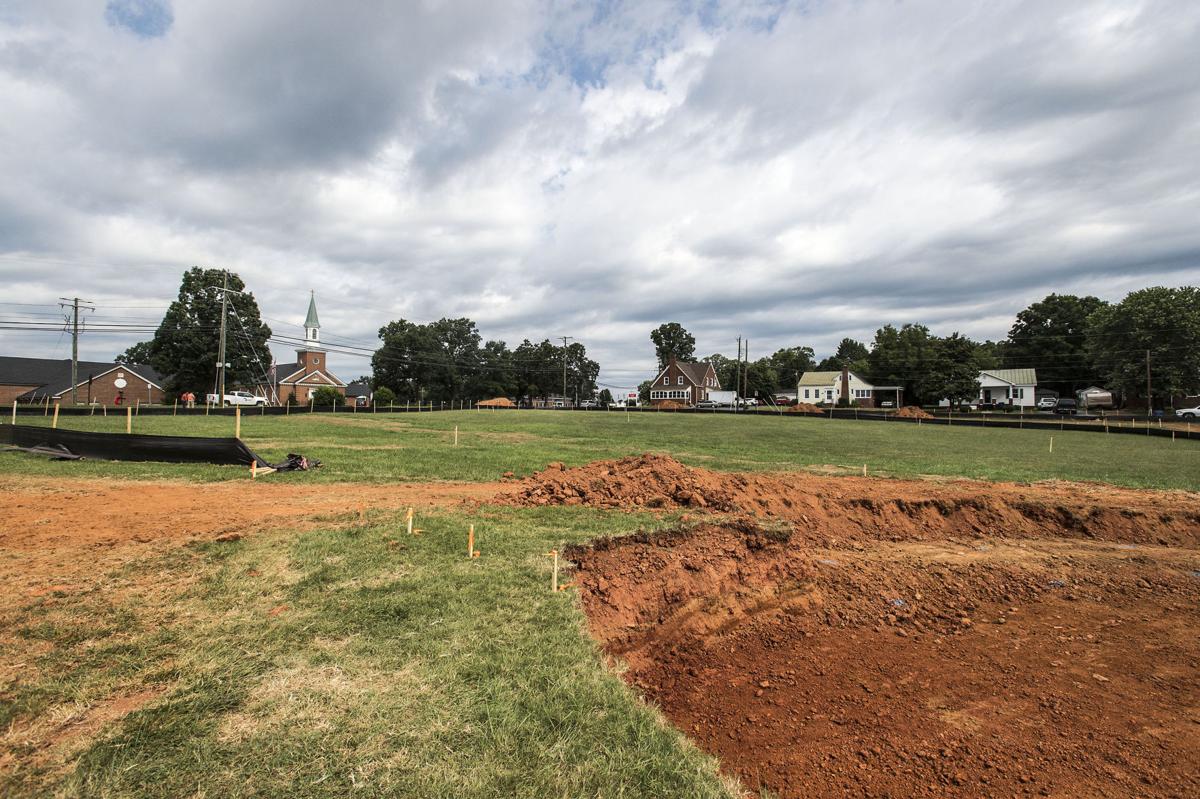 Earlier this week, the Appomattox County Board of Supervisors unanimously voted to create a nonprofit foundation to raise money for the development and future support of the soon-to-be-upgraded Courtland Field in the town of Appomattox.

The field, which will be renamed to Courtland Festival Park, is in the process of being transformed from a flat and empty field into a landscaped park with trees, pavilions, walkways, a base for the future addition of a LOVE sign and an expanded stage with amphitheater seating.

The effort to upgrade the park — which hosts Appomattox’s Railroad Festival annually in October— is a collaboration between Appomattox County, the town of Appomattox and the private citizens of the area who want to see the project come to fruition.

The first phase of construction currently is underway. It includes installing earthen berms, trees and other vegetation around the parks perimeter; landscaping; walking paths; adding pavement; and the groundwork for the amphitheater area that will surround the newly expanded stage.

Phase two of construction will include the construction of the stage and the two pavilions with bathrooms that will be added to the site.

According to construction manager Phillip Jamerson, the aim of the project was to improve the park facility for the entire county to attract more people into the community.

“[The community] has had events there in the past, but what we’re doing is creating a nicer venue for it, and we’re changing the name to Courtland Festival Park because it’s somewhere you can have a big festival,” he said.

Jamerson said the goal is to have the project “mostly complete” in time for this year’s Railroad Festival, although there will still be some finishing touches to add to the park.

Jamerson said he hopes the project will be completely finished by November.

In addition to creating the Courtland Park Foundation and appointing its board of directors, composed of county and town officials and community members, the board of supervisors also finalized the bids for both phases of construction on the park.

Phase one was awarded to Forest-based Coleman-Adams Construction for $185,173, which was contingent on the board of supervisors voting to award the bid at this week’s meeting. This was done in consultation with County Attorney Tom Lacheney, according to the meeting agenda.

The second phase of construction was awarded to Appomattox-based J.E. Jamerson & Sons for $265,000.

The overall cost of the project for construction, planning and other needs came in at more than $600,000. In order to finance it, both the town and the county chipped in $150,000 each. For the remaining half of the funding, Jamerson and others spearheaded an effort to fundraise the other $320,000 necessary for the project from private citizens. As of now, Jamerson said there is only $20,000 left to raise.

“It’s important that we went to the people we’re fundraising from and were able to tell them that this is a joint effort from the county, the town and the private citizens,” Jamerson said. “This is a true collaboration.”

The foundation is not listed on the IRS website as of August 24 as an official 501c3.

According to Appomattox Mayor Paul Harvey, the park will bring in revenue directly from groups renting it for events but also contribute to the community’s coffers by bringing in more visitors to downtown.

“We invested in the project because we think it’s a much-needed addition to the community,” Harvey said. “You go to so many small towns, and they have some type of area where festivals go on, and the community uses it for events all types. We see this project helping tourism as well as downtown businesses and restaurants when people come in.”

‘Giant Arc’ of galaxies raises questions about the Cosmological Principle

Petition to elect school board members in Lynchburg gains steam

A referendum that seeks to give Lynchburg voters the chance to elect their school board representatives is gaining steam in the Hill City.