Two Wisconsin men were each sentenced Friday to two years of probation and ordered to pay fines for taking part in the Jan. 6 insurrection at the U.S. Capitol, as Congress met to certify the results of the 2020 presidential election won by Joe Biden.

Brandon Nelson, 29, of Madison, and Abram Markofski, 24, of La Crosse, had pleaded guilty in September to a misdemeanor charge of parading, demonstrating or picketing in a Capitol building. Appearing by video in U.S. District Court in Washington, D.C., both said they were sorry for their actions.

“I just want to express how sorry I am for being a part of the breach,” Nelson said. “I want to say I’m sorry to the families of anyone affected by the violence, obviously particularly law enforcement and I know there is an officer who took his life in the aftermath of that. That doesn’t make me feel very good.”

Nelson said he exercised “bad judgment” that day and said that since then “I’ve made better decisions.”

Markofski said his thoughts were summarized in a letter to U.S. District Judge John Bates that was not part of the public docket.

“I want to emphasize only one point, to you, to the government, and to all the police officers present at the Capitol on Jan. 6. I’m sorry,” he said.

Bates told the men the events they took part in, even though they resulted in misdemeanor convictions, were nonetheless serious.

“They involved a threat to our democratic process, an attack on our democratic values,” Bates said. “The events of Jan. 6 were the most significant assault on the Capitol since the War of 1812. Indeed, this is the single most deadly attack on the Capitol by domestic forces in the history of the United States. And it took lives. We cannot ignore that.”

Nelson and Markofski traveled from Madison to Washington to attend a rally by then-President Donald Trump, then marched to the Capitol where surveillance video showed the two enter the building through the Senate wing doors about 2:16 p.m. They left around 3:41 p.m.

Lawyers for Nelson and Markofski sought probation for the two, while Assistant U.S. Attorney Seth Meinero asked for 14-day jail sentences. While there was no evidence that the two themselves committed any acts of violence or destruction, Meinero said they were among those who lingered the longest inside the Capitol following the breach, when rioters broke windows and smashed doors to gain entry to the building.

“That does not make these offenses something less serious,” Bates said. “These offenses remain as very serious, an affront to our democratic values. But they do fall on the lower end of the spectrum of offenses.”

Markofski’s attorney, Jonas Bednarek, said Markofski has already suffered secondary harm as a result of his arrest. Markofski lost his job with Kwik Trip in La Crosse, Bednarek said, and the Army National Guard has begun proceedings to strip his security clearances. He was also placed on probation at Viterbo University for two years for non-academic misconduct.

Nelson, a psychiatric technician at Mendota Mental Health Institute, served in the Air National Guard for six years. Since his arrest, said his attorney, federal defender Jessica Ettinger, he has been “shaken and embarrassed” by the attention he has received and has “cut out any inkling of toxic politics” from his life to focus on his future.

In addition to probation, each was ordered to pay $500 restitution to help pay for the estimated $1.5 million damage done to the Capitol during the riot. Nelson was fined $2,500, while Markofski was ordered to pay a $1,000 fine. Each was also ordered to perform 50 hours of community service within a year.

Closing the 90-minute hearing, Bates told both men that it was their acceptance of responsibility, cooperation with investigators and contrition that kept them from receiving a harsher sentence.

“I hope that is faith well placed in each of you. I think it is,” Bates said. “I certainly would be surprised to hear otherwise in the future. I hope that you will put this conduct behind you but that you will continue to reflect on it and on the importance of upholding the democratic values of this great country and abide by the rule of law and the principles that are so valuable in our democratic process.”

The Associated Press contributed to this report.

Thomas "T.J." Robertson argues that the charge is unconstitutionally vague and should be struck before an April 4 trial.

WATCH NOW: Bruce Miller sits down to talk with Oscar nominee Diane Warren about her success

Blinken: No concessions to Russia on Ukraine

Blinken: No concessions to Russia on Ukraine 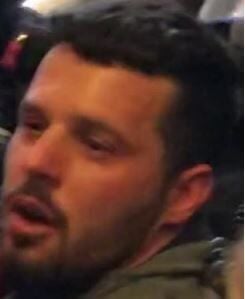 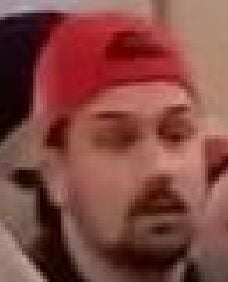