A Roanoke man faces a charge of second-degree murder in connection with the killing of a Huddleston man in Moneta, the Bedford County Sheriff’s Office said Saturday.

An incident at a Moneta restaurant resulted in Clinton Minter, 28, of Bedford, being charged with robbery of Shamanique Peter Mickle, 44, of Roanoke, by using physical force resulting in serious injury, a news release from Sheriff Mike Miller said.

Approximately two and a half hours later, Mickle returned to the restaurant and was engaged in a confrontation with James Sipos, 49, of Huddleston, the release said. Sipos was killed during the incident, and Mickle is charged in the homicide.

The series of events occurred late Friday and early Saturday, according to authorities.

Mickle also faces one count each of use of a firearm in commission of a felony and possessing a firearm after having been convicted of a felony. The investigation is active and no further information will be released at this time, according to Miller.

Anyone with any information on the whereabouts of Minter and Mickle is asked to call (540) 586-7827 or Central Virginia Crime Stoppers at 1-888-798-5900 or enter a tip online at http://p3tips.com or use the P3TIPS app on your mobile device. Crime Stopper callers remain anonymous and could receive a cash reward up to $1,000.

A Goodview man was sentenced Tuesday to eight years in prison for a DUI-related wreck in Bedford County that injured a couple who had an infant in the vehicle.

Daniel Joseph Norwood, 35, had pleaded guilty to charges in connection with the July 2021 killing of Jessica Ryan Moore.

Campbell County authorities have arrested a man who they said is a suspect in a homicide.

Lynchburg man charged with murder after shooting at Dollar General

A Lynchburg man was charged with second-degree murder in connection with a shooting Tuesday at Dollar General on Boonsboro Road.

A judge denied a bond request Wednesday for a city man facing a murder charge in connection with the March 6 shooting death of a Lynchburg man.

Police: No one hurt after shots fired in traffic circle incident

Drought causes French river to be crossable by foot 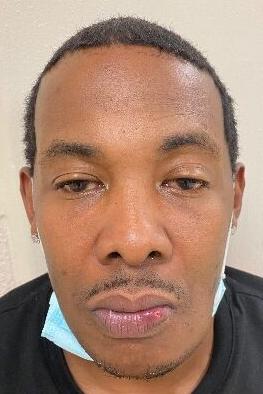 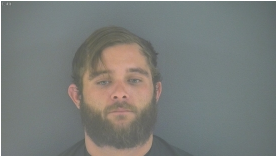