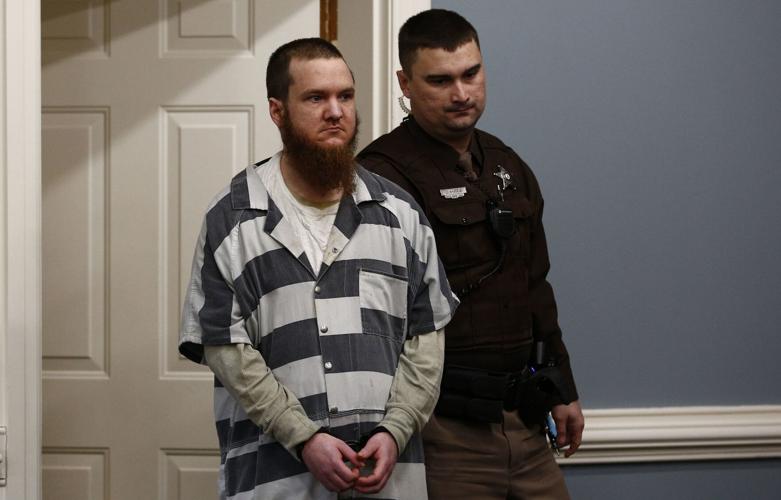 In this Feb. 19, 2020, file photo, Roger D. Beverly enters the courtroom before his preliminary hearing at the Nelson County Courthouse in Lovingston. 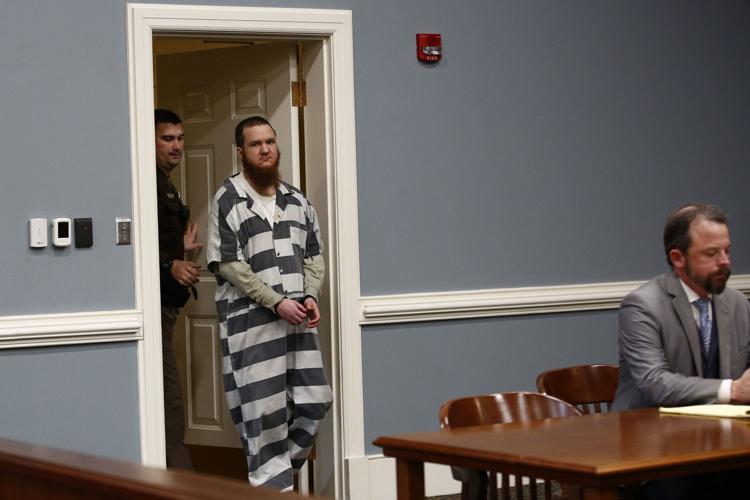 Roger D. Beverly enters the courtroom before his preliminary hearing at the Nelson County Courthouse in Lovingston on Wednesday, Feb. 19, 2020.

A Lovingston man was sentenced on May 31 to 13 years in prison for the May 2019 killing of a Charlottesville man in Nelson County.

Roger Dale Beverly, 37, was found guilty in February of voluntary manslaughter, concealing a dead body and stabbing with intent to maim or kill in the death of Winfred W. Watson, 48. After a multi-day trial in Nelson Circuit Court, a jury declined to find Beverly not guilty by reason of insanity but also did not convict him of the more serious charge of murder.

Two psychologists testified at trial they believed Beverly’s attack on Watson was influenced by his insanity but also declined to endorse the view Beverly was insane when he attempted to light Watson’s body on fire. Watson, who was stabbed 13 times by Beverly, was found face down on the side of a trail behind the Food Lion in Lovingston.

Surrounding his body were the smoldering signs of a fire and a burned and warped 8-inch knife police said was used by Beverly to take Watson’s life.

Nicks said at Beverly’s sentencing hearing Tuesday in Nelson Circuit Court there is no evidence of a motive or that the two men knew each other. The defense acknowledges the killing was intentional, Nicks said, describing his client as “out of control” while not in his right mind at the time.

“He essentially confessed on scene at the time and apologized,” Nicks said.

Deputy Commonwealth’s Attorney Erik Laub argued for a first-degree murder conviction at trial. After about three hours of deliberations, the 12-person jury returned with a verdict and found him guilty of the lesser charge of voluntary manslaughter, which carries a maximum 10-year prison sentence.

The jury viewed crime scene photos, several of which showed Watson’s body lying face down on the side of a trail. Despite evidence of attempts to burn Watson’s body, aside from charred greenery around him and some burnt residue on his back, Watson’s body appeared largely undamaged.

Watson’s family testified Tuesday about his “easygoing” personality and how his killing affected them.

“He was what society would call a social butterfly,” Alexis Allen, his oldest daughter, said. “People loved my dad because he was real, genuine and there was no guessing with him.”

Allen said her father’s life was senselessly taken while walking home from the store and discarded “like garbage” by Beverly.

“This nightmare is my reality,” Allen said. “It’s on constant replay in my soul and now this torture is my inheritance.”

She said her father would never wish her happy birthday again, the family was robbed of more special moments with him and her 3-year-old will never hear his voice.

“This man made sure of that,” Allen said, seated several feet away from Beverly in court.

Allen told Judge Michael Doucette her father’s life mattered and spoke of a night in November 2017 that was the first and only time the two danced together.

“I pray to God I get a second chance to dance with my dad again in eternity,” Allen said.

Gregory Watson, the older brother of Winfred Watson, said the two grew up in Fluvanna County and he looked after him “because he was the baby.”

Winfred Watson was “a people’s person,” free-spirited and did everything he could for his family, his brother said.

“I want the court to know he’s missed in our heart,” Gregory Watson said.

Laub asked Doucette to take into account in sentencing Beverly the deep traumatic effects on the Watson family in addition to the defendant’s mental state.

“It was such an unusual case,” said Laub, later adding: “Certainly this is a case with huge emotional impact.”

Nicks said Beverly had a history of drug abuse since age 13, including cocaine use, heroin and methamphetamine. He said “probably the most tragic” aspect of the case is the degree to which Beverly’s family and the Nelson County Sheriff’s Office attempted to intervene in Beverly’s mental situation before the incident occurred.

Nicks said Beverly is not getting serious psychological care and the Virginia Department of Corrections is “horribly suited” for providing it. He argued Beverly should not be excessively punished for a medical condition beyond his control.

Just before he was sentenced, Beverly apologized while looking over his shoulder to the Watson family.

“I know it don’t mean much, but I’m sorry,” Beverly said.

Doucette said he could not speculate on the jury’s motivation for its verdict and ruled to sentence Beverly to 17 years on the three charges combined, suspending five of those years. The judge also sentenced him to another year behind bars for a series of probation violations.

“Mr. Watson, he was more than just a victim,” Doucette said. “He was a person.”

Beverly is court ordered to seek mental health treatment when released from prison. Doucette said if he could order more than 20 years’ good behavior when Beverly is released he would do so.

Doucette also addressed the “savage nature of this offense,” describing in detail the effects of the 13 stab wounds and pointing to evidence showing from stab marks that Winfred Watson tried to defend himself. Nothing could have happened between the two men to justify that kind of attack, the judge said.

“This was rage,” Doucette said.

"I pray to God I get a second chance to dance with my dad again in eternity."

LOVINGSTON – Various experts and family members of a man charged with murder in connection with a burned body found along a trail in Nelson County attempted Wednesday to bolster a not guilty by reason of insanity argument.

A man charged with murder in connection with the burned body of a Charlottesville man found alongside a trail in Nelson County is attempting to convince a jury that he is not guilty by reason of insanity.

In this Feb. 19, 2020, file photo, Roger D. Beverly enters the courtroom before his preliminary hearing at the Nelson County Courthouse in Lovingston.

Roger D. Beverly enters the courtroom before his preliminary hearing at the Nelson County Courthouse in Lovingston on Wednesday, Feb. 19, 2020. 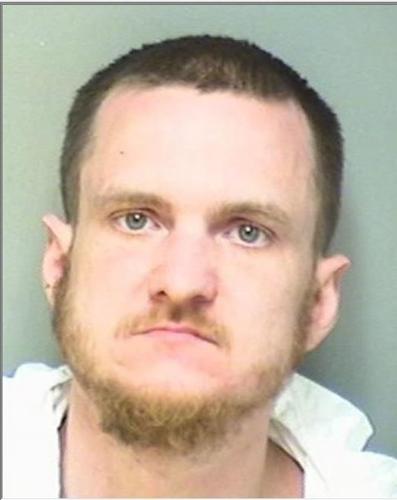