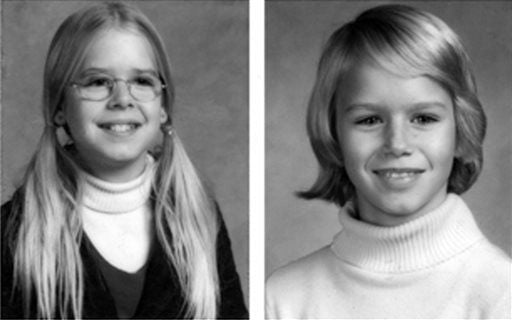 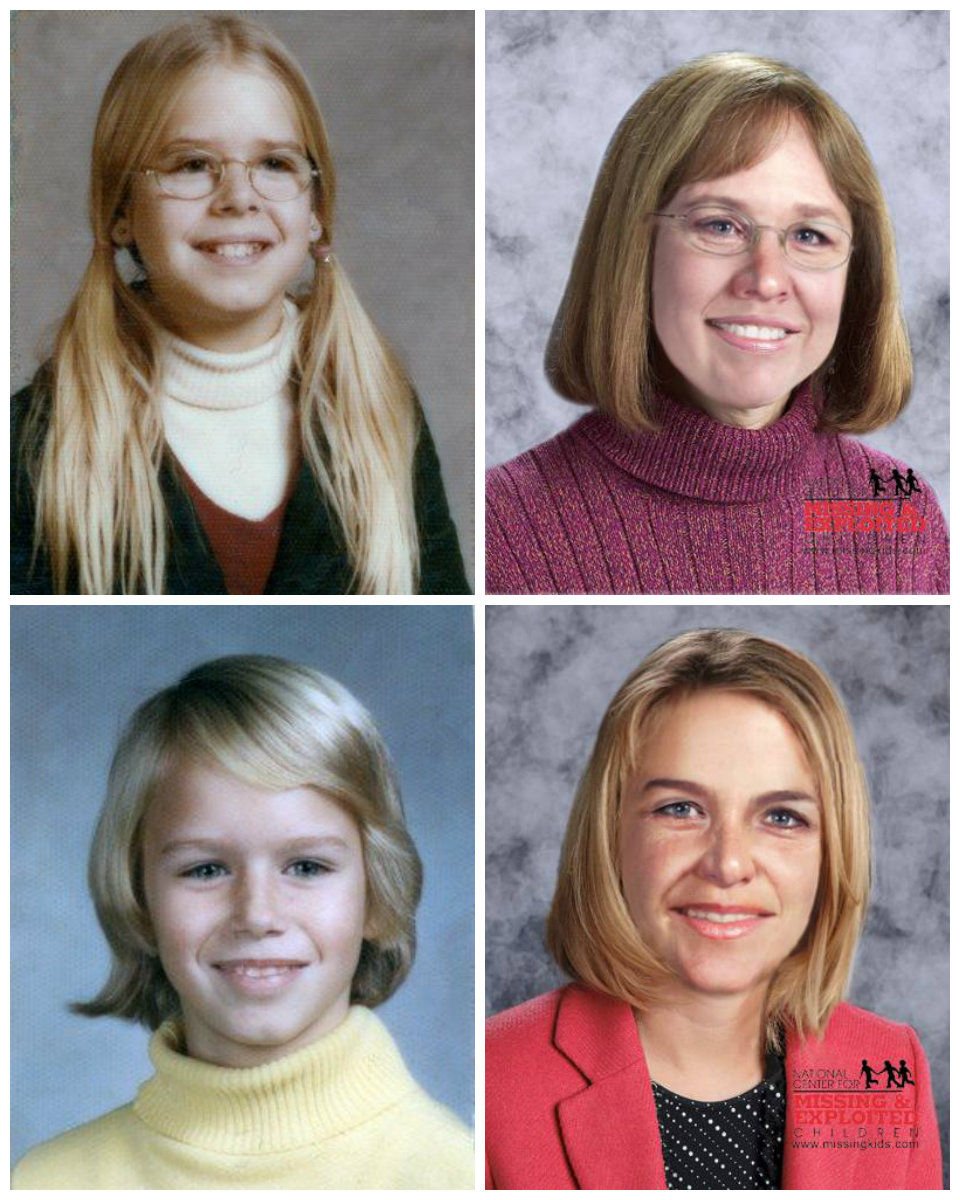 TOP ROW: Sheila Lyon as a child in the 1970s (left) and an age-progressed image of how she could appear today.

BOTTOM ROW: Katherine Lyon as a child in the 1970s (left) and an age-progressed image of how she could appear today.

Newly unsealed search warrant affidavits offer a glimpse for the first time of how authorities believe a 40-year-old Maryland cold case came to a grisly end on a remote mountain in Bedford County.

The affidavits were filed in Bedford County Circuit Court in January, but were sealed until Wednesday when authorities announced a Delaware prisoner was indicted on murder charges in connection with the 1975 disappearance of two Maryland girls.

Sheila Lyon, 10, and her sister Katherine, 12, didn't return home from a mall in Wheaton, Maryland, in March 1975, authorities there have said. Decades of investigations, interviews and searches turned up few clues as to where the girls went, or who took them.

The affidavits suggest the girls’ remains may have been burned in a fire on Taylors Mountain, detailing witness statements about duffle bags that smelled like “death” and bloodstained clothes.

According to the documents, family members said the items were brought to the mountain in the spring of 1975 by their cousin Lloyd Lee “Michael” Welch Jr., who was indicted Friday in Bedford County on murder charges in connection with the girls’ case.

Welch’s family owned property on Taylor’s Mountain Road in Thaxton, where authorities began digging for traces of the girls last year. Authorities have not confirmed if the girls’ bodies were found on the mountain.

Welch’s cousins, Connie Akers and Henry Parker, lived on the mountain at the time and told authorities Welch made an unexpected visit around then, according to the affidavits.

Parker said in an interview with investigators on Dec. 2, 2014, he helped Welch remove two army-style duffle bags from the trunk of a vehicle when the then 18-year-old visited.

“He stated the bags weighed about 60 or 70 pounds and smelled like ‘death.’ The bags were covered in red stains. Both bags were thrown onto a fire that was located on the property,” the affidavit quoted Parker saying.

Akers recalled Welch asking her to wash clothes, which were stained red and smelled like “rotten meat,” according to the affidavit.

Neighbors told investigators they remember a fire burning on the property for several days around the same time as the girls’ disappearance. One neighbor was quoted in the affidavit saying he remembered the fire smelled like “burning flesh.”

If convicted, Welch could face 20 years to life in prison or could be put to death, Krantz said. He said prosecutors hadn't decided whether to seek the death penalty.

Welch is serving a lengthy prison sentence for child-sex crimes in Delaware. He has not responded to interview requests from The News & Advance.

Authorities have established that Welch was at the mall the day the girls vanished and was seen paying attention to them.

Citing the open investigation, Krantz refused to discuss details of the case including whether any DNA testing is being done on remains, if Welch acted alone and if someone else will be charged with the girls’ abduction in Maryland.

Officials believe the girls were abducted in Maryland and killed in Virginia, prosecutors in both states said. The girls were killed sometime between March 25, 1975 – the date of their abduction – and April 15, 1975, according to the indictment.

Officials stressed Wednesday the investigation remains active and more charges are possible. They credited a younger detective with connecting the dots in the case but declined to comment on any additional suspects or evidence.

The girls’ parents, John and Mary Lyon, who still live in the area, were at the news conference, but they left before it was over and did not speak to reporters. Police asked that their privacy be respected.

“This was something that had an enormous impact on this community and the feeling of safety for your children in this community,” Montgomery County police chief Thomas Manger said.

Authorities spoke of a "conspiracy" to conceal the crimes but would not detail how many people they believe are involved.

"Noncooperation has prolonged this investigation and made it difficult," Krantz said.

He asked for patience as the legal process continues.

Brown noted that "the investigation remains very active, and our investigative actions will continue with gusto, I might add.”

He said after the press conference he feels relieved the case is finally moving forward because it had such an impact on his community. The department put somewhere between 1,500 and 2,000 hours of work into the case, he estimated.

"Anytime something like this happens, it impacts, because most of the deputies, I would say 90 percent of them, they have children. To know that these parents -- I mean, I lost a son, my wife and I lost our only son 18 years ago. But we know where he is. But these people, for 40 years, they have not known where their loved ones, their children, were,” Brown said.

He declined to outline the next step for his department, citing the open investigation.

"We will continue. As Randy said, and I wish I could say more, the investigation continues. And I say that with a smile.”

The Associated Press contributed to this story.

It started in Maryland. Will it end on the mountain?

Four decades later and nearly 250 miles away from the mall, investigators are digging for clues in the case on Taylor's Mountain in Thaxton.

Tall tales of moonshine, murder and tragedy overlap with Bedford County’s history in a small…

Challenges ahead for Lyon case

No case has affected the community of Wheaton, Maryland more than the mysterious disappearance of Sheila and Katherine Lyon, two sisters who w…

After a blessed hiatus of more than two decades, national attention is once again focused on a murder case with Bedford County connections.

THAXTON — With the sun setting behind Taylors Mountain, dozens of residents from in and around the Bedford County community gathered near a sc…

The trial of a former carnival worker charged in the 1975 disappearance of two Maryland sisters will not begin until March 15.

BEDFORD — The trial for Lloyd Lee “Michael” Welch, Jr., a Delaware man accused of killing two sisters 41 years ago and disposing their bodies …

Update: BEDFORD — The trial of a man accused of abducting two girls from a Maryland shopping mall in the 1970s, killing them and disposing of …

An agonizing span of four decades ticked by since the disappearance of two young sisters upended the lives of the Lyon family before the girls’ parents could get a glimpse of justice. But when they did, it came swiftly in a Bedford courtroom.

TOP ROW: Sheila Lyon as a child in the 1970s (left) and an age-progressed image of how she could appear today.

BOTTOM ROW: Katherine Lyon as a child in the 1970s (left) and an age-progressed image of how she could appear today. 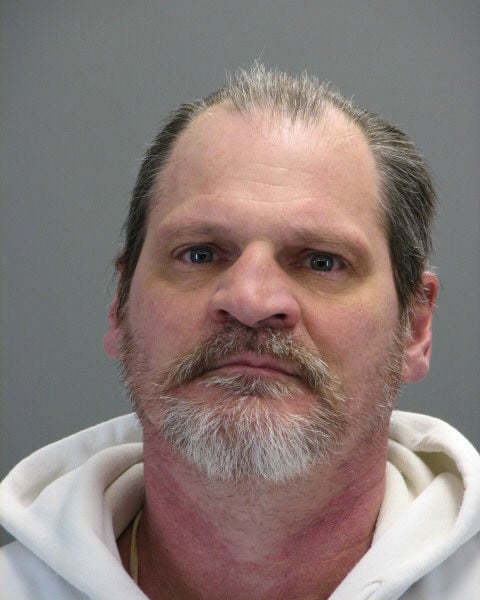