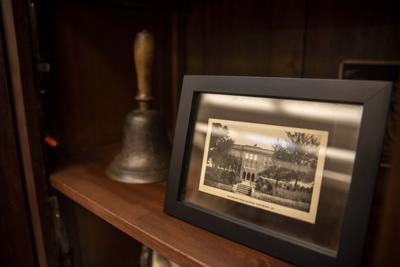 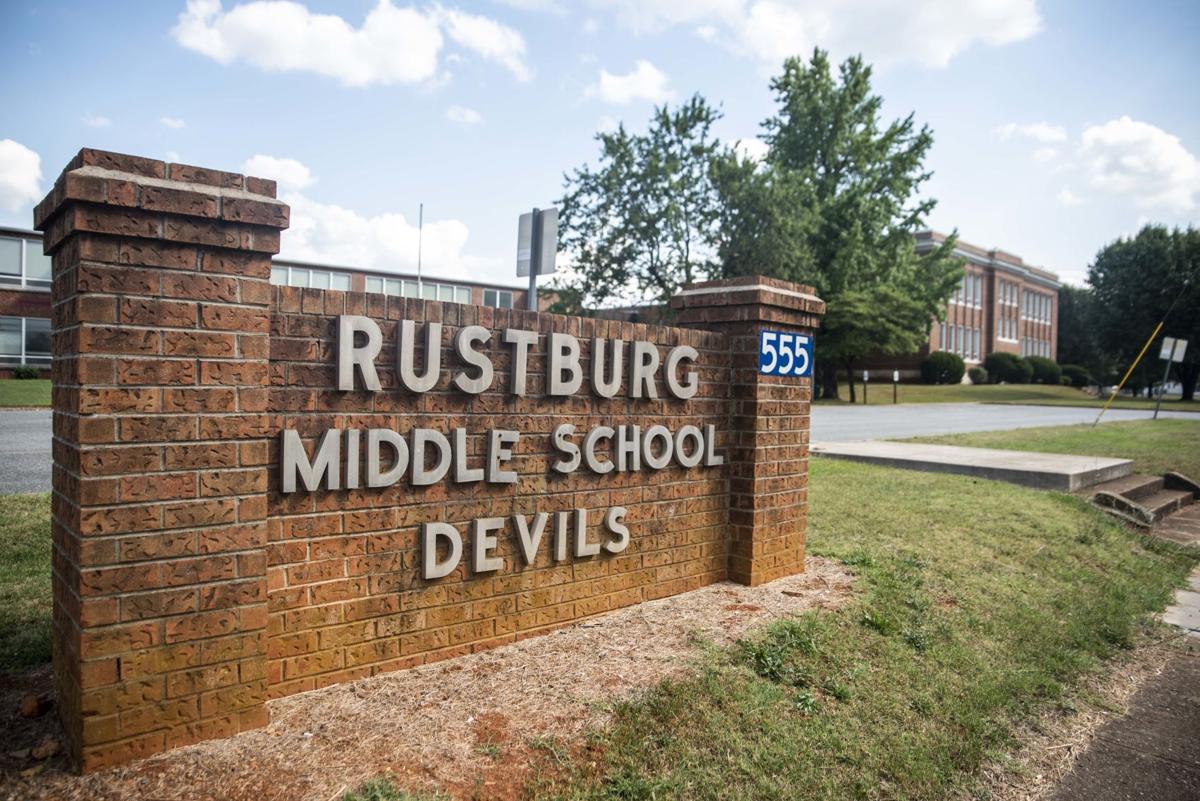 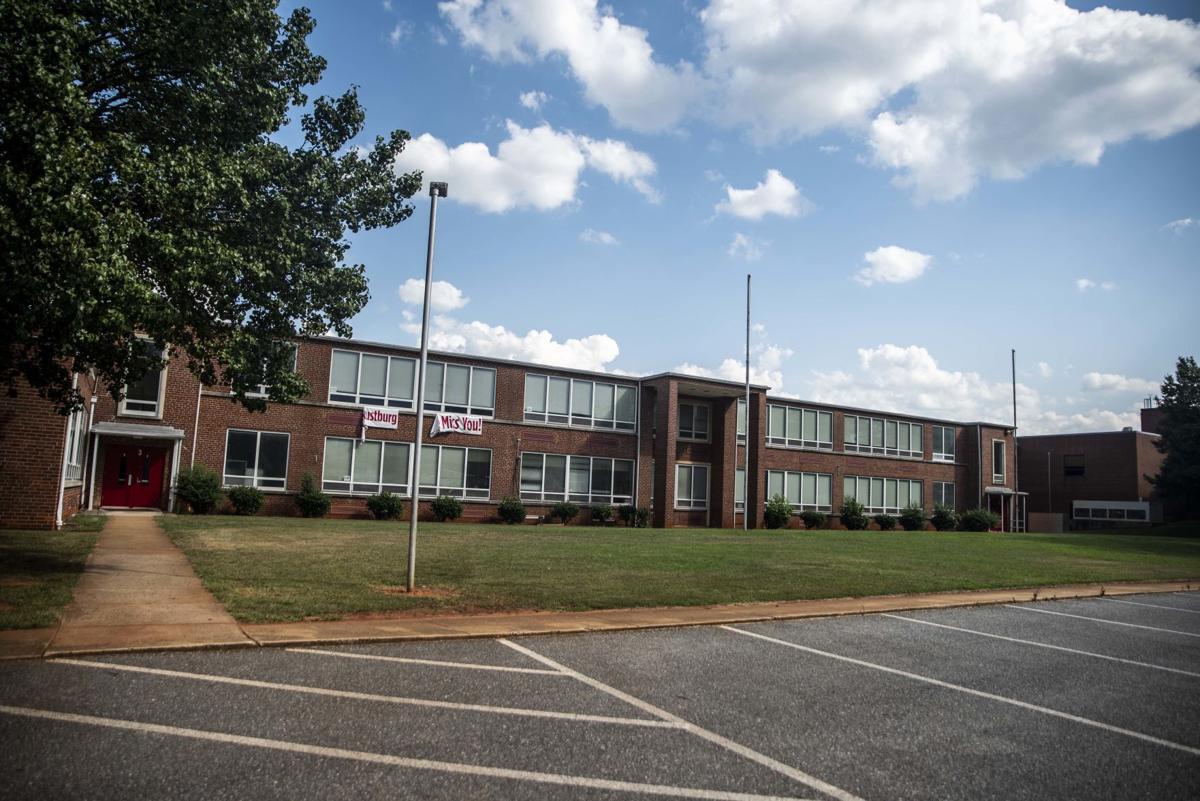 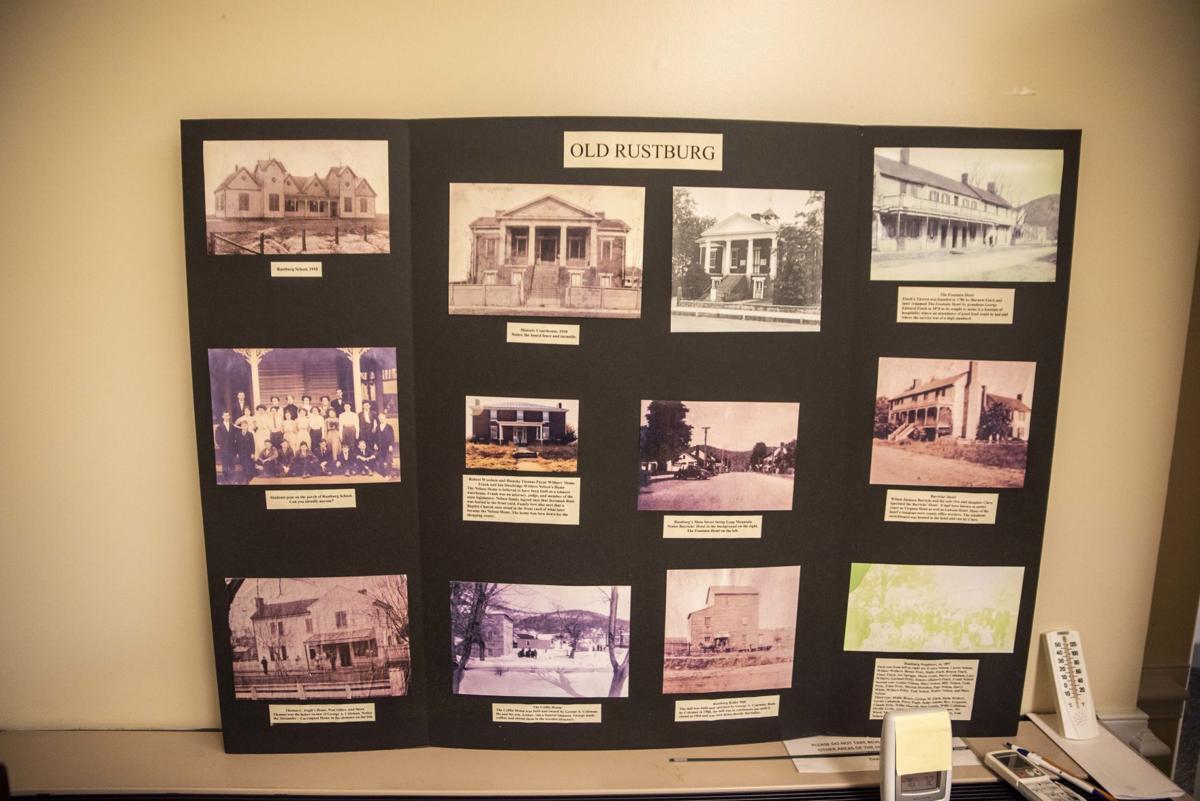 A collage of historical buildings at the historic courthouse in Rustburg on Tuesday, July 21, 2020. 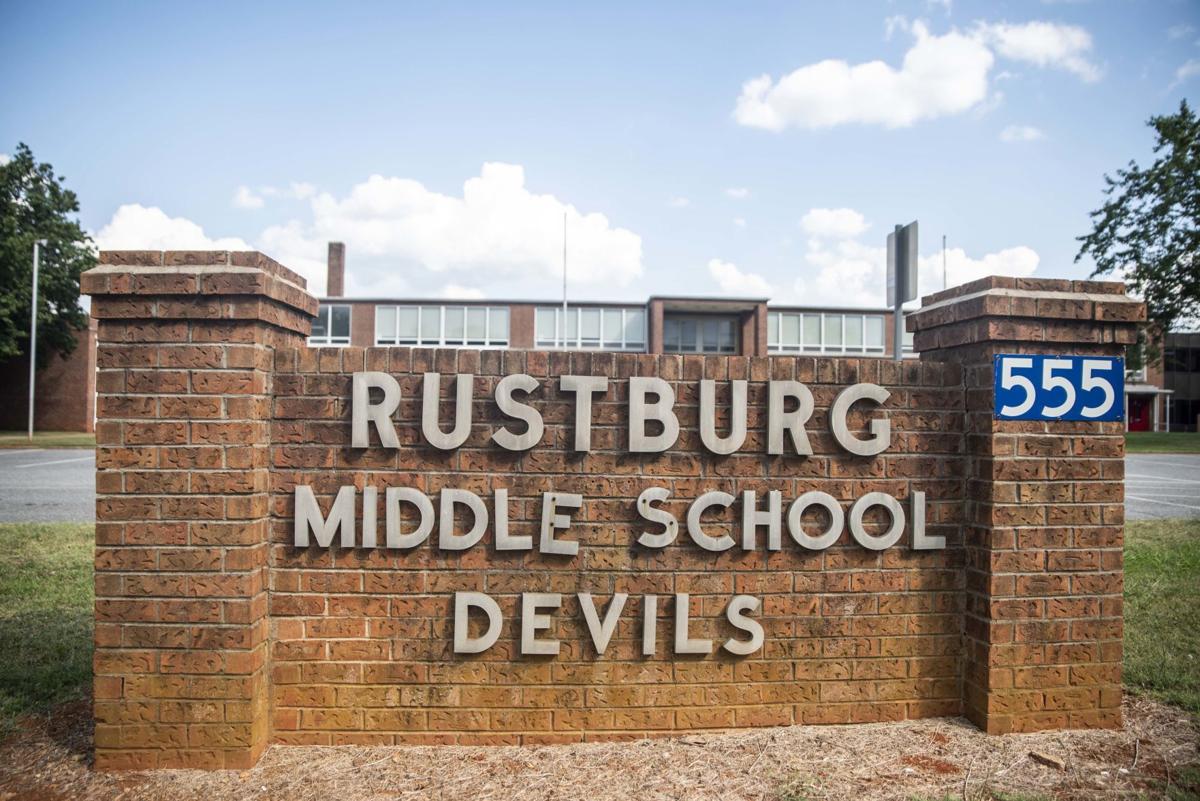 The first high school in Rustburg was built in the 1890s — a two-room schoolhouse located at the foot of Long Mountain, a simple, wooden structure with a large, stone foundation, only 20 by 50 feet.

It was built at the site where the current Rustburg Middle School now sits, which until around 1980, served the county as Rustburg High School.

More than a century after the wooden high school was constructed in 1919, the great-grandson of the original builder is playing a leading role in the construction of the new Rustburg Middle School.

Clif Tweedy, director of public works and deputy county administrator in Campbell, like so many others from Rustburg, has a layered family history that can be traced back generations in the area — and at its heart is the old Rustburg High School, which has found its way to the epicenter of a county-wide conversation about the fate of the 100-year-old structure.

Tweedy’s great-grandfather George Coleman built the original high school, and at the time, Tweedy said the planning process for the high school was likely a short conversation — at most, a little sketch on a piece of paper, with dimensions and the direction to build two rooms.

With no AC and no plumbing, the school required little more than windows, a wall and a roof.

Now, the discussion surrounding the future of the school — and the plans to replace it — has stretched over a decade.

A new Rustburg Middle School would be the first new secondary school in the county in more than 40 years, and Superintendent Bobby Johnson said the initial study of the county’s public school facilities was conducted in 2009.

The assessment identified Rustburg Middle School as the number one priority, and though the original recommendation was to consolidate secondary schools, that consolidation plan was shot down by the board of supervisors in 2015.

Following the rejection, the assessment recommended that if the county had to remodel the school, they should do a full replacement of the facility.

In June 2019, the school board unanimously decided the complete replacement of Rustburg Middle School would be the school division’s top priority for its capital improvement plan.

“That discussion has been going on for years, it’s been the number one priority from the assessment and the school board’s CIP for years, so it’s not a new conversation,” Johnson said.

In recent weeks, it came to the community’s attention that the request for proposals soliciting plans for the construction of the new middle school included a line that “demolition of existing school facilities must be included as part of this project.”

For some, this news came as a punch to the gut.

Last week, Gary Reynolds, Rustburg High School Class of 1971, spoke before the board of supervisors, urging them to reconsider the demolition and instead “to adaptively reuse the 1919 brick building as part of the new middle school complex.”

Backing him is a petition to save the old Rustburg school building that has netted more than 300 signatures in about a week.

The petition states that the building is “at the heart and soul of Rustburg,” and now alumni from across the decades have stepped up in an attempt to save it.

Reasons behind the signatures are wide-ranging and impassioned — from multiple generations of a family attending the institution, to positive stories of racial integration in the 1960s.

He hopes to help preserve the history and the heritage of the building, not only for the school system but for the generations of grandparents, parents and children that have passed through its halls.

In the basement of the historic courthouse last week, Robert Merryman, Campbell County Historical Society president, held in his hands a large brass bell once used to signify the change of classes in the 1919 school before the installation of the electric bell.

Like many of the artifacts in the historic courthouse museum, it was rescued from a woman who had received it from a former custodian. So many historical archives, he said, are pulled out of trashcans after administrative shifts and changes of power.

He, more than anyone, wants to see the community’s history preserved.

“I think there will be a real outcry,” he said of the potential demolition. “The big test though, is that people need to show interest.”

Tony Mitchell, graduating class of 1968, said if he walked into the school right now, he could take you right to his locker — locker number four, down the hall from the office. He could retrace the steps to his eighth-grade homeroom class, and tell you the names of the teachers and coaches.

“It’s memories that will never go away,” Mitchell said. He said the school deserves more than a plaque and fears the demolition will destroy the school’s history along with it.

For many families, ties to the school go back more than a century. Tweedy only discovered his unique connection to the school’s site in recent months after reading reports about the history of Rustburg that his mother had written.

His grandmother and grandfather taught at the school, along with his mother and daughter. Tweedy said he even taught there for a few weeks as a substitute teacher.

“My family has been in Rustburg a long time, and most families have some connections to it,” Tweedy said.

Like many others, he hopes the new plans for the school will be able to incorporate the original structure in some way, but that will be an ongoing conversation as plans are finalized.

“I love old things, and I have a lot of old stuff in the family,” Tweedy said. “But at some point, if the quality is not there and the functionality is not there, just because it’s old does not mean that you can easily keep it.”

Concerns about the schools aging infrastructure have long been a part of the conversation, with a deteriorating electrical and plumbing system, and maintenance issues that plague students and teachers throughout the school year — like a flooded library, leaking windows and an permeating rubber smell bad enough to stop a Standards of Learning test half-way through.

Both the county and those calling to save the historic structure agree that there is a clear need to upgrade and expand the school.

Doug Harvey, Rustburg High School class of 1970, who worked for more than 30 years in Virginia museums and historic sites, said he has a lifelong interest in saving historic buildings, and the 1919 brick school is one of them.

Harvey said the existing two-story brick building is eligible for the State and National Registers of Historic Properties, which could afford the county tax credits to rehab the school, potentially integrating the current structure into the plan — much like the county did with Concord Elementary School in 2009.

Harvey said simply using old materials from the school or incorporating a design would not be enough. With so many of Rustburg’s 18th-and 19th-century buildings disappearing, like the old hotels and hardware stores, it’s crucial to retain what he called the “hub of the community.”

That Rustburg alumni have rallied around the effort has been a testament to the strength of Rustburg roots.

“I’m seeing names and getting in touch with people who I have not seen or heard of in 40 or 50 years,” Harvey said. “Some of them are across the country, but they all hark back to this, where I got my start in life. That’s powerful stuff.”

Reynolds said he wants to work with the county to further this conversation, and after a meeting with Johnson, he left with a good feeling, and hopes that the project will continue to be open to community input.

At this point, Tweedy said nothing is locked in as far as designs are concerned. At the end of August, the joint committee leading the project — consisting of school board members and county supervisors — will review the five proposal finalists from the contractors who responded to the request for proposals.

“It’s an important building,” Tweedy said. “I’m glad we are having this conversation. Hopefully we get to a place where everybody is happy with the outcome.”

Johnson said the conversations with the community are just getting started, and he and Campbell County Administrator Frank Rogers have directed the county’s financial advisers to explore the potential savings that could be captured through tax credits, as well as develop a better idea of the financial feasibility of renovation versus replacement. He said they expect to see the analysis sometime in the next month.

Though it would likely add cost to the project, and slow the timeline that has already been put in motion, he said it is information he will bring to the joint committee.

“In lots of communities, certainly a community that has as much tradition and history as Rustburg does, the school buildings are often the center of the village, and many of the people that have gone through it for many years, they are fond of it,” Johnson said. “I understand that. I understand exactly why people would want to preserve it. The question is: is it feasible, in the end?”

Lynchburg City Schools is devising a plan to publicly release numbers of positive COVID-19 cases in its schools and buildings.

Amherst County Public Schools announced Wednesday afternoon an individual at Amherst County High School has been diagnosed with COVID-19, the …

Most classes at Virginia’s community colleges will remain online early next year, the system’s head announced months before the spring semester to “minimize the disruptions” for students from COVID-19.

In the hope that it might receive additional federal aid from the county, the Bedford County School Board on Tuesday created a list of priorit…

Students across Virginia could soon see a more thorough and accurate education of African American history, thanks to recommendations made by …

Two positive cases of COVID-19 have been reported in Bedford County Public Schools as of 3 p.m. Wednesday. 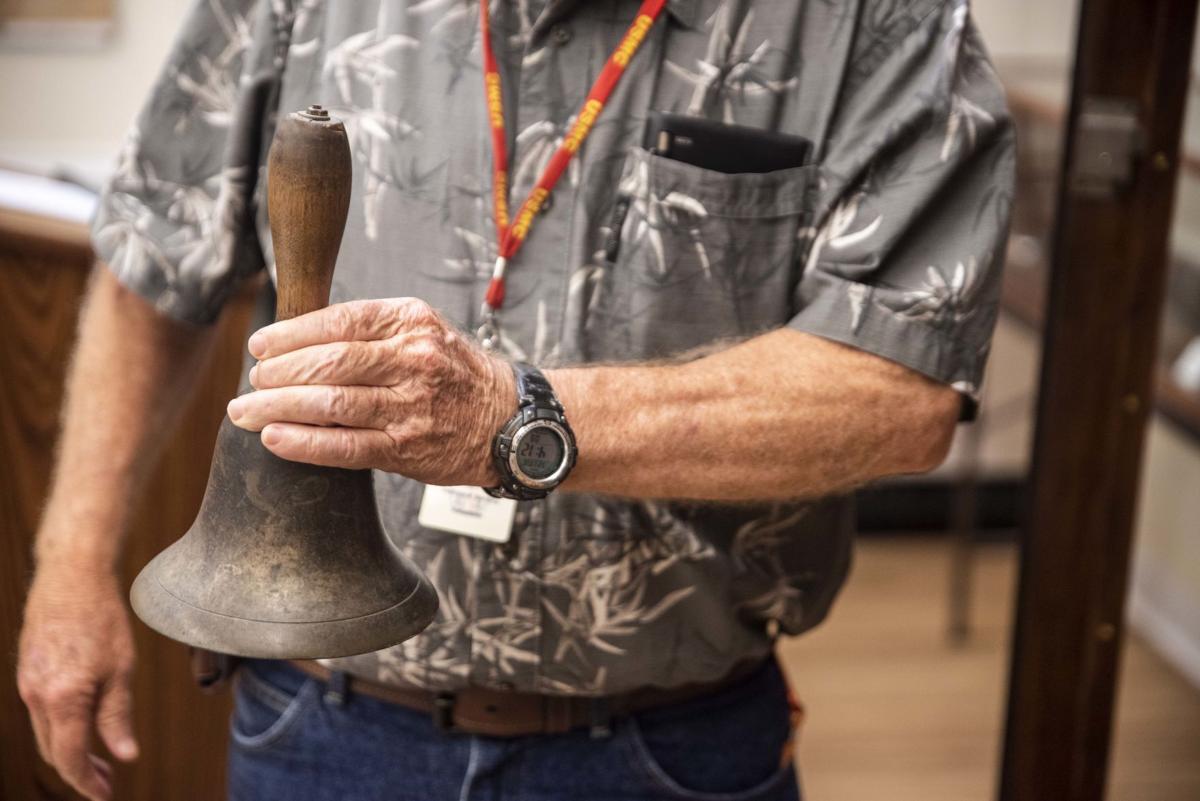 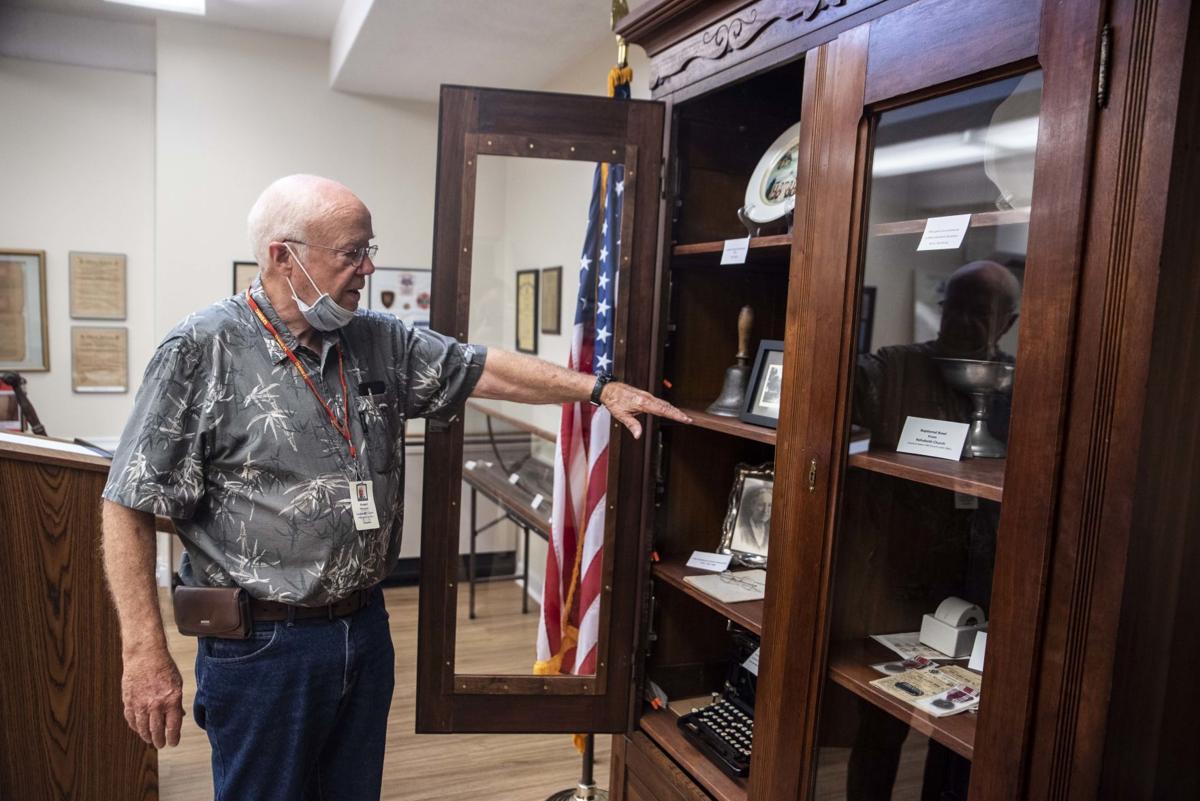 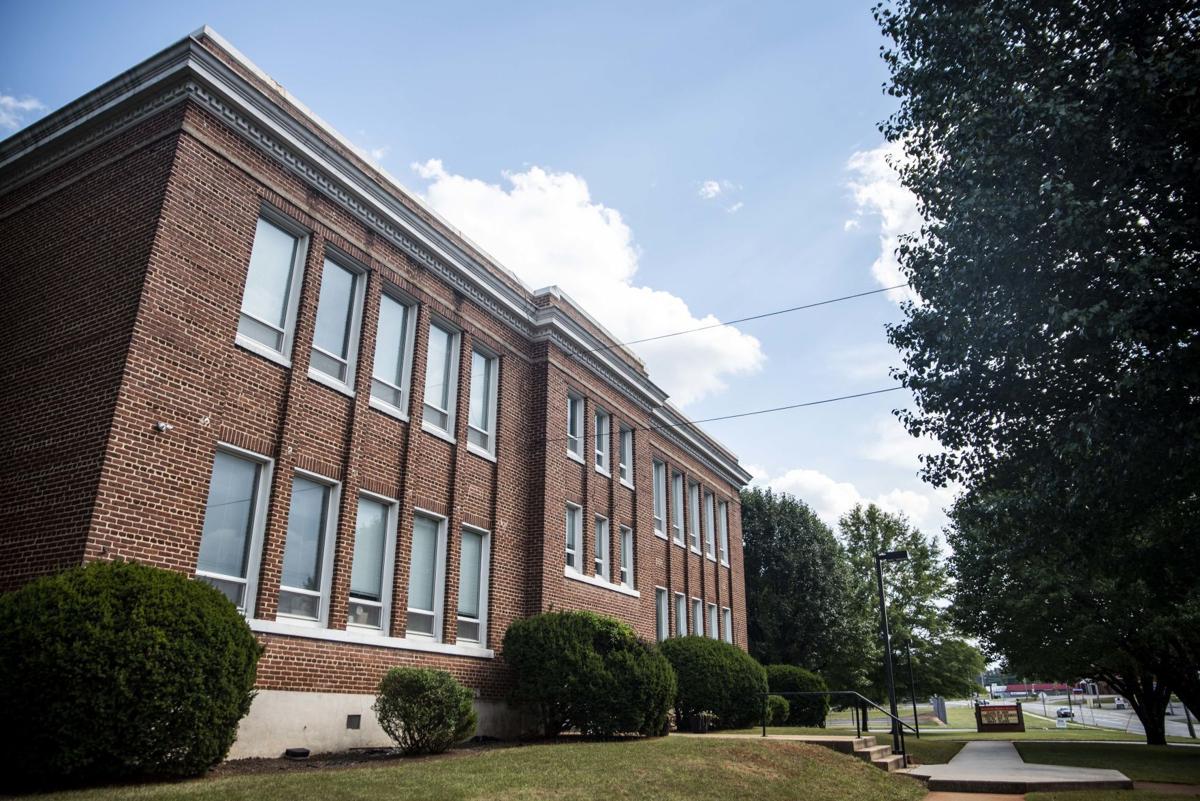 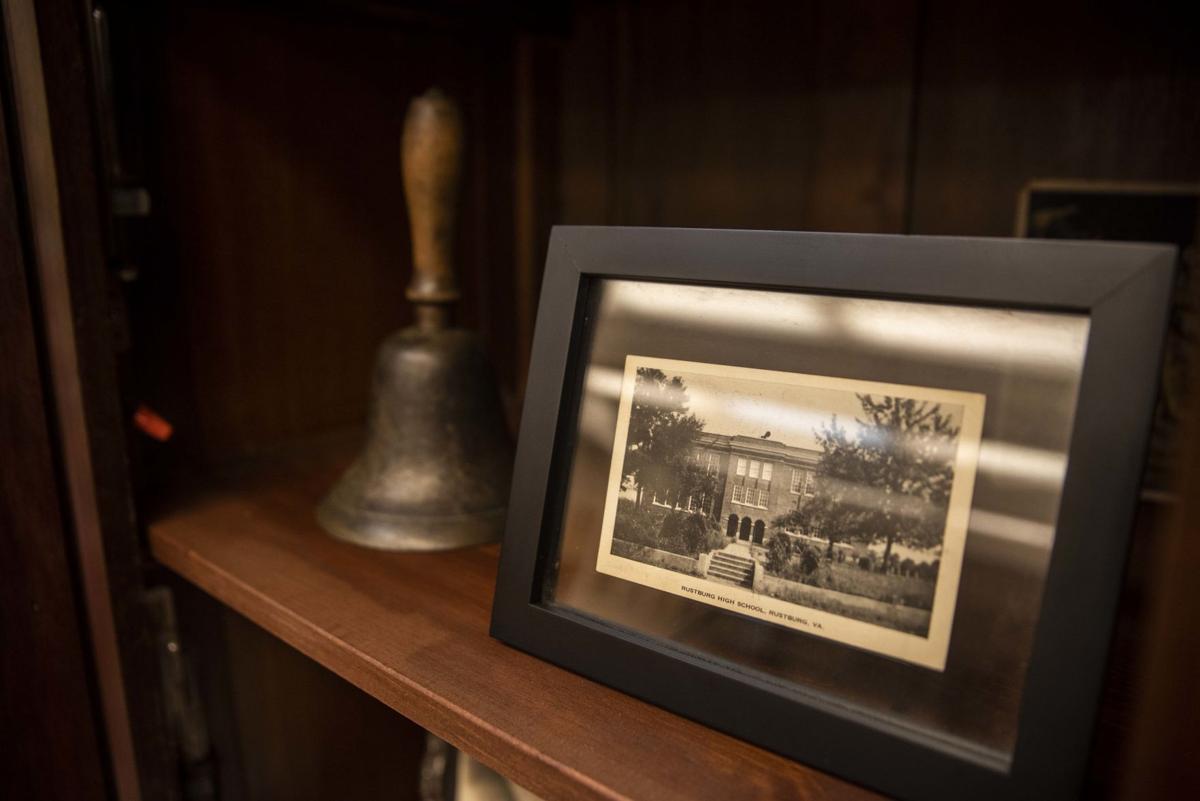 The original bell that was used to signal the change of classes and a photo of Rustburg High School, now Rustburg Middle School, at the historic courthouse in Rustburg on Tuesday, July 21, 2020. 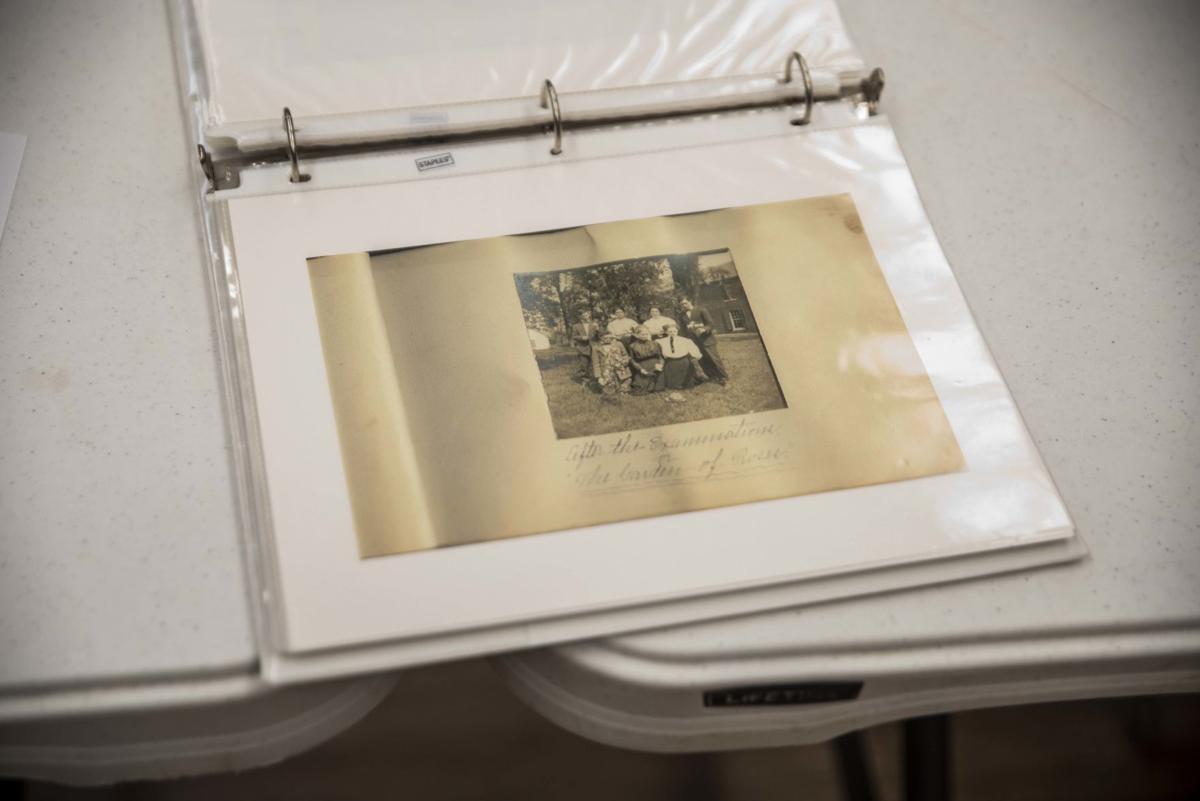 A photo of the first graduating class of Rustburg High School, now Rustburg Middle School, in Rustburg on Tuesday, July 21, 2020.

A collage of historical buildings at the historic courthouse in Rustburg on Tuesday, July 21, 2020.