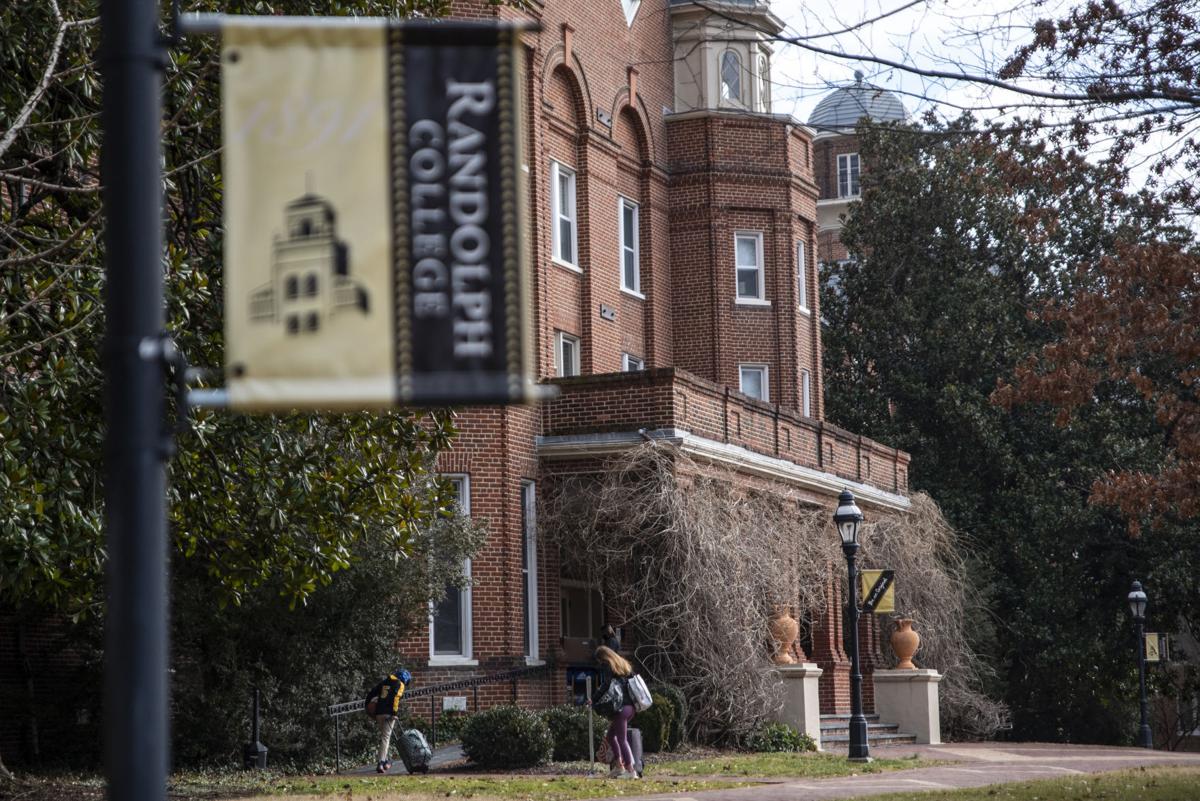 Students move into their dorm rooms in Main Hall at Randolph College on Jan. 18. Randolph, which has about 500 students and staffers, has performed nearly 3,000 tests since the start of the spring semester. 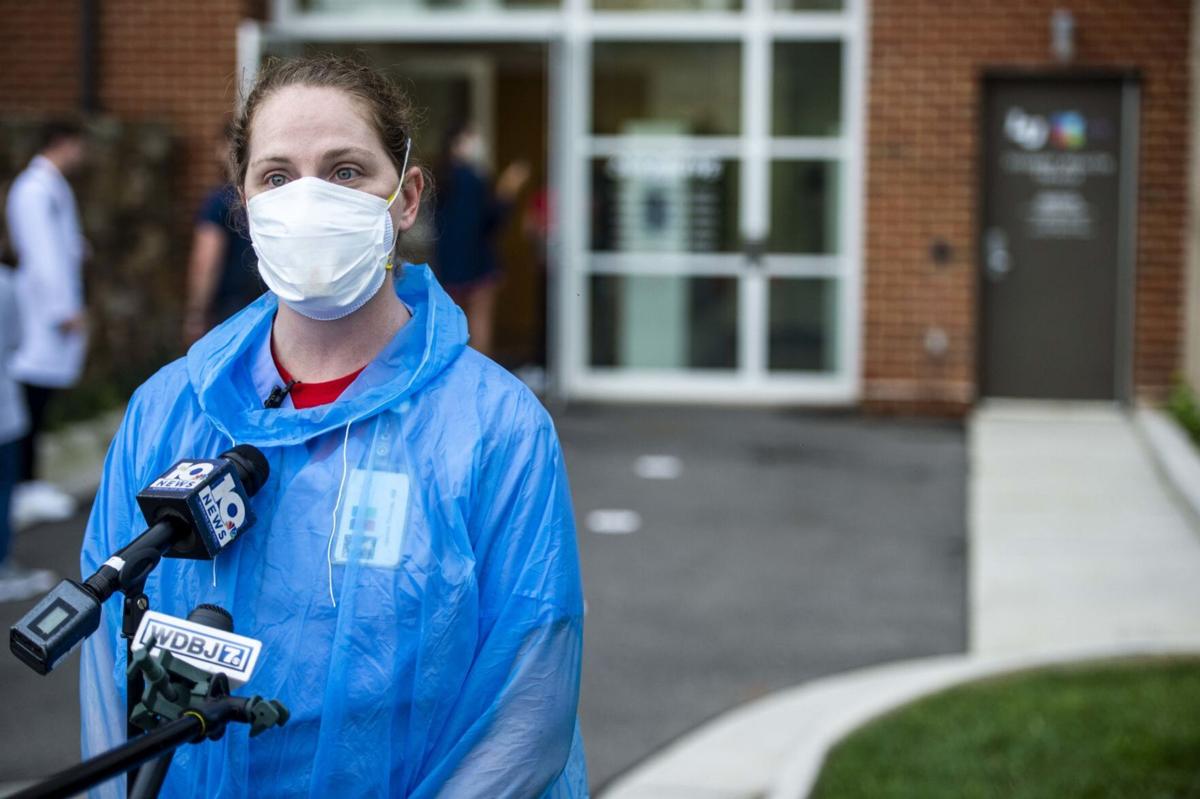 Lynchburg-area colleges and universities Wednesday reported a total of 42 active COVID-19 cases among students and staffers, a slight increase from the 35 cases reported a week earlier.

Liberty University, the largest institution of higher learning in the region with about 15,000 students, reported a total of 24 active cases, up from the 22 cases reported last week.

The University of Lynchburg and Randolph College, meanwhile, also registered slight increases this week, reporting 13 and three active cases respectively. For the second week in a row, Sweet Briar College and Central Virginia Community College each reported one active case.

Despite the small increase, the number of active cases remains low on local campuses, a feat school officials credit to robust testing strategies and widespread adoption of health and safety rules by students.

“We’ve got a lot of testing going on,” Randolph College President Bradley Bateman said. “It allows us to catch it right away, get people into quarantine or isolation and keep it from spreading.”

Randolph, which has about 500 students and staffers, has performed nearly 3,000 tests since the start of the spring semester. Just 15 — or about one half of one percent of all tests — have come back positive since in-person classes resumed at the college in early February for the first time since the college abruptly closed last spring.

On Wednesday, Randolph reported three active student cases. Last week, there were no cases at the college. At least 12 students and four employees are in quarantine.

Bateman also credited the low number of cases to the student body who he said has dutifully accepted mandatory weekly COVID-19 tests, mask wearing and social distancing requirements, among other rules.

“Our students know what it means not to be here,” Bateman said. “They don’t have to guess. And I think the fact that they weren’t able to come back this fall, means that those who chose to come back are really committed to making this work.”

At the University of Lynchburg, there are 11 student cases, up from the eight student cases reported a week earlier. The number of active employee cases, however, fell from three to two.

Like Randolph, the university is conducting mandatory weekly testing to help prevent large outbreaks, according to Michael Jones, associate vice president of communications and marketing for the university.

“The testing is critically, critically important,” Jones said. “And now that tests are more available, we’re doing as much of it as we can.”

The number of new daily COVID-19 cases in the region has been on the decline since cases peaked in the middle of January. The Central Virginia Health District, which includes Lynchburg and the bordering counties, has reported 244 new cases in the past seven days, down from the 307 cases reported a week earlier and the 639 cases reported two weeks ago.

Liberty officials have attributed the low number of cases to the decision to hold the first week of spring semester classes online. The approach was aimed at minimizing a spike in cases in the first weeks of the semester as students from across the country returned to campus.

But unlike other large universities in the state, Liberty is not conducting widespread surveillance testing on campus. School officials have also declined to share the total number of tests performed, making it impossible to know the campus positivity rate. Liberty defines an active case as an infection reported in the last 10 days.

Central Virginia Community College has reported one active COVID-19 case among its staffers in the past two weeks. At Sweet Briar College in Amherst County, there is one active employee case.

Local health officials have not identified any outbreaks on local campuses since spring semester classes began, according to the Virginia Department of Health. Last fall, at least four outbreaks were discovered, including three at Liberty and one at the University of Lynchburg. The department defines an outbreak as two or more confirmed COVID-19 cases associated with a particular setting.

Together, Lynchburg City Schools and public schools in the counties of Amherst, Bedford, Campbell and Nelson have reported 953 positive cases of COVID-19 since their school years began.

Campbell County Public Schools students will be back in the classroom five days per week next fall, but remote options will remain available.

Randolph College's annual Science Festival will be held virtually this year, and begins this week.

For the second year in a row, Lynchburg-area high schools won’t be holding school-sponsored proms.

The Bedford County Public Schools' Class of 2021 will receive their diplomas on May 29 at Williams Stadium on Liberty University's campus, rain or shine.

Beginning April 20, third through fifth graders currently in hybrid learning will begin attending school in person four days a week — an increase from the current two days a week schedule.

Students move into their dorm rooms in Main Hall at Randolph College on Jan. 18. Randolph, which has about 500 students and staffers, has performed nearly 3,000 tests since the start of the spring semester.