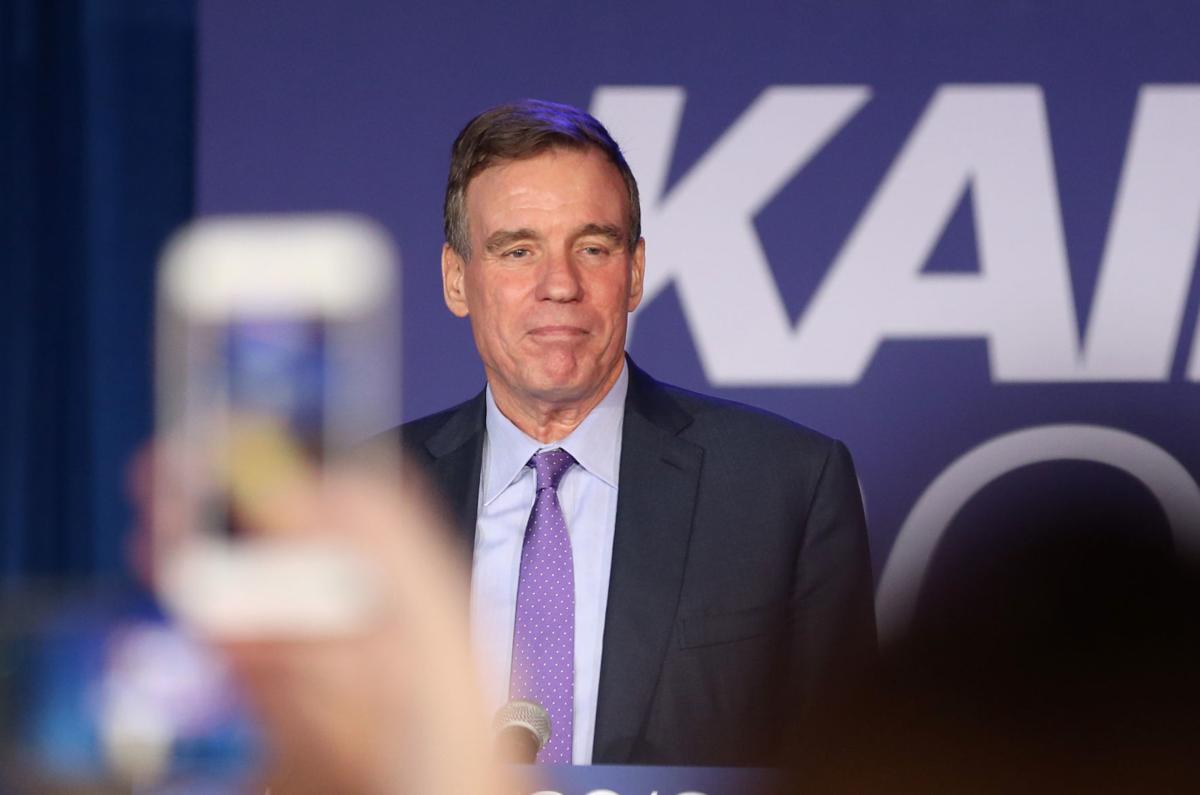 First elected to the Senate in 2008, Sen. Mark Warner, D-Va., has far outpaced his potential GOP rivals this fundraising cycle. 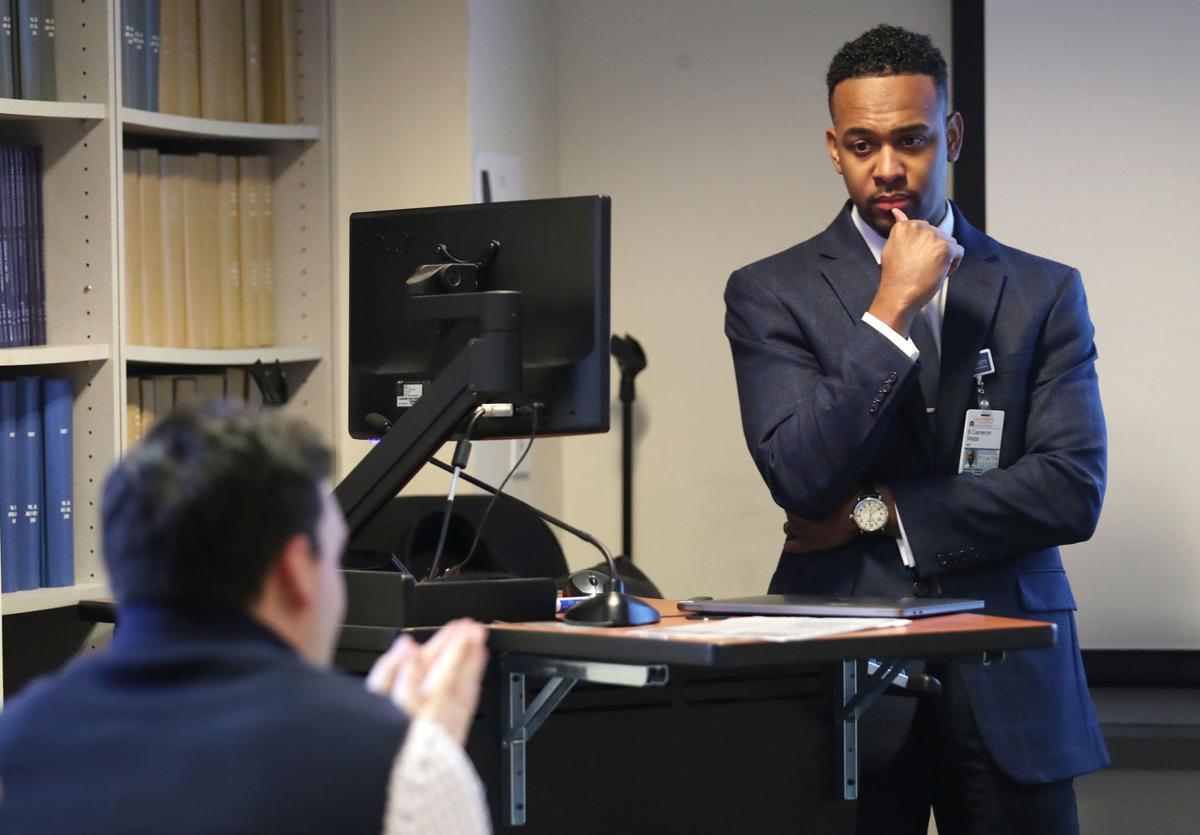 Dr. Cameron Webb listens to a student during a health policy class at the University of Virginia Hospital. 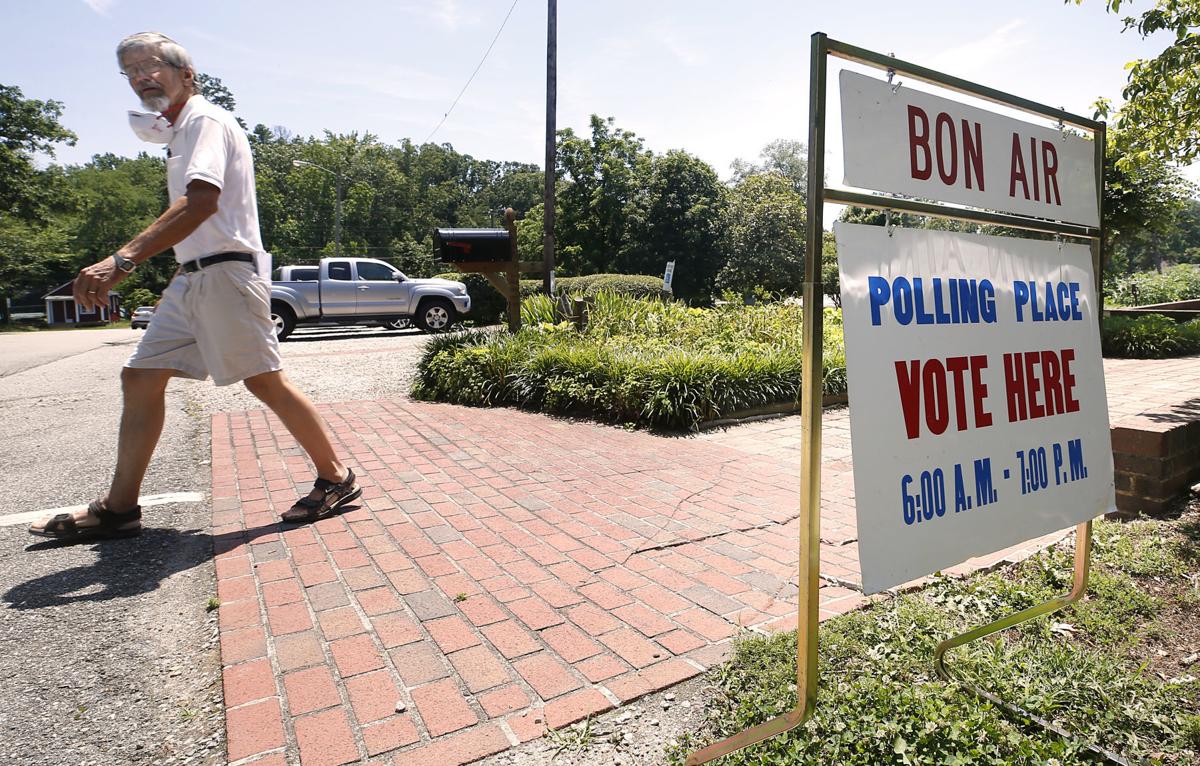 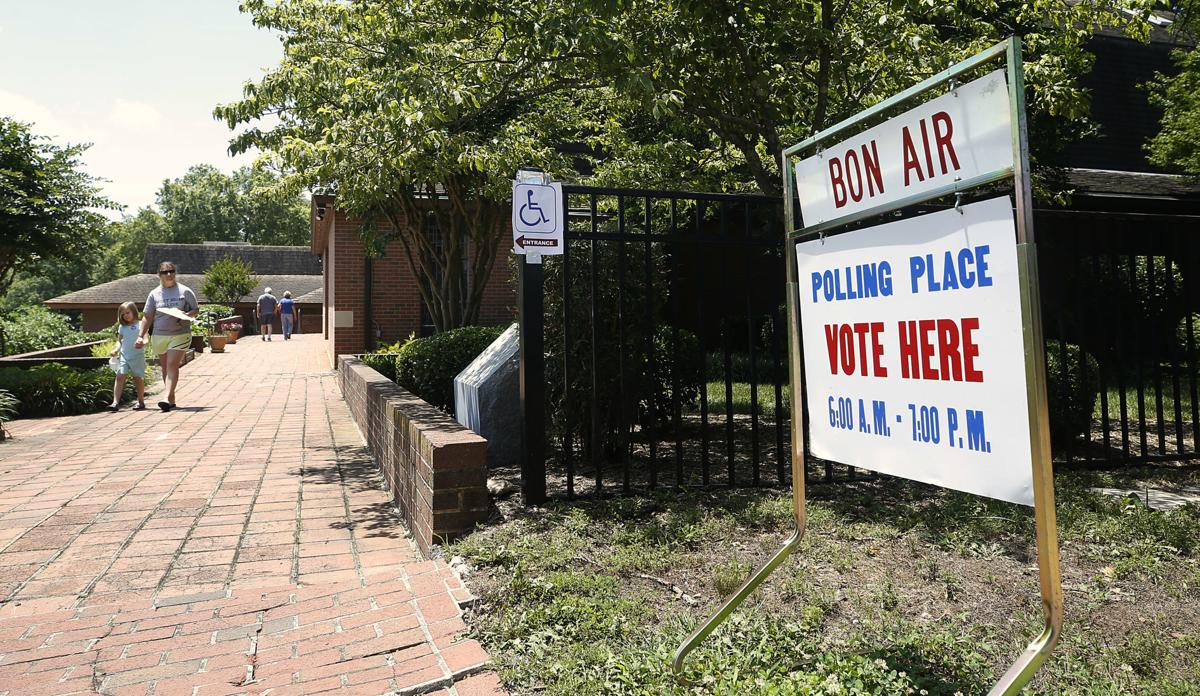 A U.S. Army veteran whose right leg was amputated after he was wounded in Iraq will represent Republicans in the party’s bid to unseat Sen. Mark Warner, D-Va., in November.

The race was the only statewide primary on Tuesday in an election in which poll workers took extra precautions due to the continued spread of COVID-19.

Statewide, Gade will look to become the first Republican to carry Virginia since 2009, when Bob McDonnell led a GOP sweep for governor, lieutenant governor and attorney general. Since President Donald Trump’s 2016 election the GOP has lost ground in the state, ceding its control of the legislature and the majority in the state’s Congressional delegation.

Gade matches up against a favored incumbent seeking his third term. Warner, a former governor, is likely to benefit this year from higher name recognition, a big fundraising advantage and the higher turnout of a presidential election that traditionally boosts Virginia Democrats. Warner narrowly won re-election to his Senate seat in 2014.

“I’m not taking anything for granted,” Warner said during a virtual town hall Monday, the same day he challenged the eventual nominee to three debates. “I’m going to welcome whoever is the Republican opponent into the race and I intend to leave no part of Virginia behind.”

Republicans chose Warner’s 2014 opponent, eventual gubernatorial candidate Ed Gillespie, through a convention. This year, the party opted for a primary, with voters backing Gade, the recipient of the Bronze Star and two Purple Hearts.

The father of three received 67% of the vote, according to unofficial results from the Virginia Department of Elections as of 9:40 p.m. Baldwin received the second-most support at 18%, followed by Speciale at 14%.

“Republicans have a real opportunity this year,” Gade said at his watch party in Northern Virginia. “We can win on the issues. We can win on issues that matter at kitchen tables in Virginia like health care, economic recovery and rights that are under attack from Virginia and Washington Democrats.”

“We came up short in being the Republican nominee to send Warner home, but what an amazing journey we have shared together,” Baldwin said. “Your support for the Baldwinning2020 vision was and is greatly appreciated.”

Speciale, reached by phone Tuesday night, said he’s conceded to Gade and endorsed him. He added that he’s happy with the campaign he ran.

“We did everything right,” he said about his campaign. “We’re going to do everything we can to help Daniel get elected.”

Cameron Webb emerged the winner of a four-way competition to determine the Democratic nominee for the open congressional race in the 5th District, which is Virginia's largest congressional district and includes Appomattox, Campbell and Nelson County and part of Bedford County, among other localities.

Webb, an internal medicine doctor and director of health policy and equity at University of Virginia, swept the Democratic primary on Tuesday.

Claire Russo, a Marine veteran from Albemarle County, was placing second as results still came in. Roger Dean "RD" Huffstetler, a former Marine and entrepreneur who ran for the same seat two years ago but didn't win the party nod, was following in third. And John Lesinski, a Marine veteran and former Rappahannock County supervisor who works in commercial real estate, trailed in fourth.

Virginians who went to the polls found extra safety measures in place because of the coronavirus. Bottles of hand sanitizer and wipes sat on tables. Poll workers wearing face masks regularly sanitized the voting stations.

The Virginia Department of Elections encouraged people to vote absentee in order to avoid a large number of people at the polls. Virginians cast more than 13,800 absentee ballots in the Democratic primary in the 5th District, according to an analysis of data from the Virginia Public Access Project.

Democrats are hoping to take advantage of the fractured Republicans in central Virginia after the controversial convention. Riggleman was popular among many Republicans, but social conservatives took issue with his stance on immigration and abortion and were particularly upset when he officiated a same-sex wedding last summer. Riggleman has not conceded, and his campaign has said he will not support Good's candidacy.

Political analysts at Cook Political Report and “Crystal Ball” at the University of Virginia’s Center of Politics had moved the 5th District race from likely Republican to lean Republican.

House Democrats are targeting the 5th District again this year. It tried to flip the seat two years ago with Democrat Leslie Cockburn, who raised more money than Riggleman but lost with 47% of the vote.

Still, it will be an uphill battle for Webb. The last time a Democrat won the seat was in 2008, when Tom Perriello upset incumbent Republican Virgil Goode, aided by record-high African-American turnout in Charlottesville and the small rural towns in the 5th District as well as Barack Obama's run for president.

Perriello only lasted one term. Redistricting has made the district more favorable to Republicans.

Webb, who is Black, has made energizing Black voters a priority for him. He regularly brings up that 33,000 registered Black voters didn't vote in the 2018 election, and 38,000 Black residents in the district aren't registered to vote.

"We won in 2008 because of the mobilization of black voters, and then the district was redrawn to make it harder to win," Webb said last week. "So you need that mobilization even more now."

Lavangelene “Vangie” Williams won’t get a rematch with Republican Rep. Robb Wittman in the 1st District.

This year Democrats backed Rashid, a women’s-rights lawyer and Pakistani immigrant, in hopes of flipping a district that covers parts of Prince William County at its northern point, the Middle Peninsula and Northern Neck, and Hanover County in the Richmond area.

Rashid received 52.6% of the vote, according to the unofficial results, compared with Williams’ 47.4%. It was the closest race among the seven congressional primaries on Tuesday.

Wittman, a six-time incumbent, did not face a primary challenger.

Rep. Donald McEachin, D-4th, who was first elected to Congress in 2016 after more than a decade in the state legislature, easily won the Democratic nomination to represent a district that includes the cities of Richmond and Petersburg, as well as southern Chesterfield and eastern Henrico counties.

The 58-year-old received 79.9% of the vote, according to unofficial results. Cazel Levine, a Chesterfield resident who would have been the first woman to represent the 4th District, received 20.1% of the vote.

“I want to thank the Democrats of Virginia’s 4th Congressional District for their confidence and support,” McEachin said in a statement. “Together, we have made progress and, together, we will work to make Virginia and the nation an even more progressive and inclusive place.”

Republicans are scheduled to hold a convention Saturday to nominate an opponent.

In another race of note, former Rep. Scott Taylor cleared his first hurdle in his bid to win back his former Virginia Beach-based U.S. House seat, beating two GOP rivals and securing a rematch against Rep. Elaine Luria, D-2nd.

In Virginia Beach, many voters had to cast provisional ballots in each of the city’s roughly 100 precincts.

Piper said Tuesday night that poll books for every precinct were restored around 2 p.m.

The state Elections Department also reported two power outages at precincts in Henrico County, two in Loudoun County and one in Franklin County, which was caused by a snake getting into a generator.

“No word yet on which campaign the snake worked for, but we’re looking into that as well,” Piper joked.

In Prince George County, Robert Hoekman, who signed up to be a poll worker, said he got to his precinct around 4:30 a.m. and saw about 10 other volunteers not wearing personal protective equipment. Hoekman, like many others, has spent the past several months avoiding people not wearing masks and has only gone into his Petersburg office a few times.

Wary of catching COVID-19, Hoekman decided not to work the polls.

“I’ve been diligently trying to avoid catching COVID-19 and I was about to walk into basically a fishbowl full of staff who were taking no precautions,” he said, “so I thought it seemed way too risky.”

Prince George County Registrar Allan Richeson said in an interview that the workers not wearing PPE were in the process of setting up the polling place, but had the necessary equipment.

“They do have all the PPE,” Richeson said.

Gov. Ralph Northam pushed those elections, held May 19, back two weeks in an effort to mitigate the spread of COVID-19, which he also did for Tuesday’s elections, which were initially scheduled for June 9. State officials urged voters to cast their ballots absentee to avoid large crowds at polling places.

Democrats in the state took them up on the advice more than Republicans.

According to statistics from the Virginia Department of Elections, 58,939 people requested absentee ballots for the Republican primary, far fewer than the 118,181 requested for the Democratic primaries. Many voters listed “disability or illness” as their reason for asking for an absentee ballot, the justification Northam suggested they use.

Tuesday’s election was the final one where voters were required to list one of a number of state-authorized excuses for why they cannot vote in person on Election Day, such as a work, family or school obligation or an out-of-town trip.

The Bedford County School Board voted 4-2 at its Thursday meeting to amend the division's code of student conduct to add language specifically prohibiting attire that is “racially/culturally divisive,” including the Confederate flag.

First elected to the Senate in 2008, Sen. Mark Warner, D-Va., has far outpaced his potential GOP rivals this fundraising cycle.

Dr. Cameron Webb listens to a student during a health policy class at the University of Virginia Hospital. 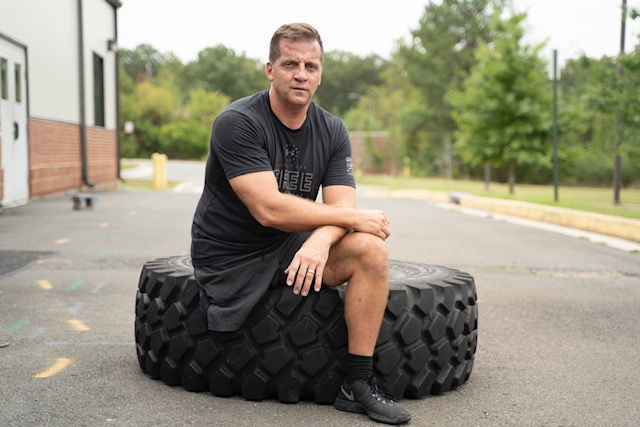 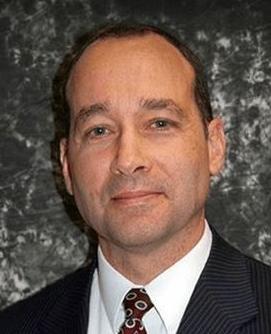