Betts, Cline lay out visions for 6th congressional district in campaign stops in Amherst
Share this
{{featured_button_text}}
1 of 2 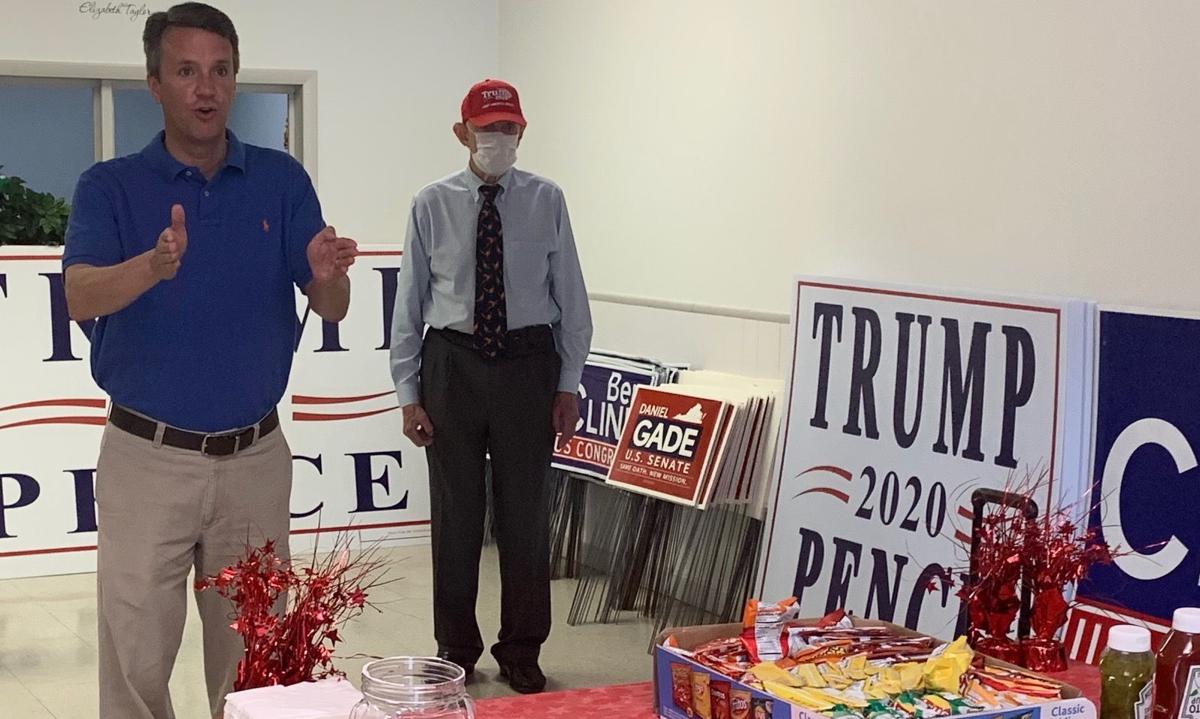 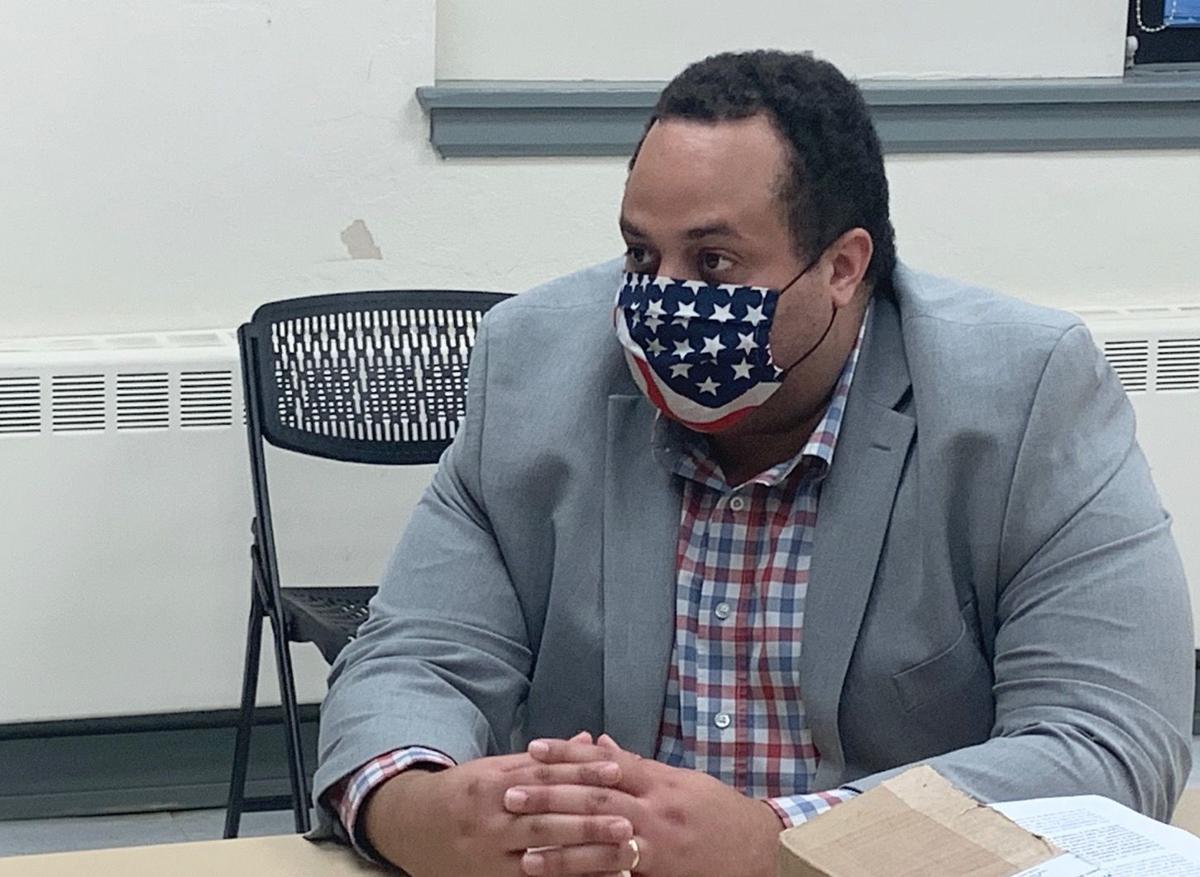 Nicholas Betts, the Democratic candidate for the sixth congressional district running against incumbent Ben Cline, speaks to an Amherst resident during an Aug. 25 gathering at the Monroe Community Center.

AMHERST — U.S. Rep. Ben Cline, R-6th District, and Nicholas Betts, the Democratic challenger looking to unseat the freshman congressman in the Nov. 3 election, each laid out their platforms during recent campaign stops in Amherst County.

The district stretches from Roanoke to Front Royal and includes Lynchburg, Amherst County and portions of Bedford County.

Cline, who is seeking a second term, helped celebrate the opening of the Amherst County Republican Party’s new headquarters in Madison Heights on Aug. 29. Before a room of about 50 supporters, Cline said the Democrats’ push for higher taxes and more government is not resonating with many Americans.

The Republican National Convention, which was held Aug. 24-27, was “head and shoulders” above the Democrats’ convention in showcasing the best of America in tough times of the COVID-19 pandemic, he said.

“Democrats trust government to make decisions for you,” he said. “Republicans stand for you having the power, not government. When Democrats try and confuse the voters, we’re going to cut through the mess and clarify to them what this election is all about.”

Cline said he is excited to share the ticket with President Donald Trump.

“He has done great things for this country, unleashing the potential of this country, the great economy that we had, we’re going to have again,” Cline said.

Cline said Trump is leading the fight to defeat the coronavirus and find a vaccine.

Betts spoke before the Amherst County Democratic Committee during its Aug. 25 meeting at the Monroe Community Center. He said he believes the district’s residents are fired up, motivated and ready for a change.

Betts addressed affordable health care, which he described as a necessity heightened by the COVID-19 pandemic.

“When our friends, neighbors and family members have the ability to access health care, we’re all safer and healthier,” Betts said.

He said he’s in favor of expanding early childhood education programs and expanding short-term and long-term broadband expansion opportunities, a crucial area as schools across the district are reopening, some entirely in a virtual format.

“We need to make sure our kids have the resources they need to learn,” Betts said.

In higher education, he said he is for expanding career and technical training programs and making college easier to access, describing tuition costs as skyrocketing beyond the price of inflation. He said one of the first bills he plans to pursue when in office is eliminating interest rates on student loans, an effort he feels will receive bipartisan support.

“I don’t think the federal government should be profiting off people trying to educate themselves,” Betts said.

Betts said developing clean, renewable energy jobs for the future and investing more in wind and solar technology to stay competitive and protect the environment, including tax incentives for businesses, is a priority.

Betts, a clerk in a Roanoke law firm, said he has been to recent Black Lives Matter protests and is in favor of a federal measure requiring body cameras for all law enforcement officers.

“If police departments need the resources to get them, let’s do that,” he said of the importance of body camera footage.

Betts also supports the ideas of databases to track police misconduct, especially as officers move from one city or state to another, and he said he believes use-of-force incidents should be tracked as well.

“If there’s a pattern, then I don’t think they’re doing their job right,” he said.

Speaking exactly three months after the May 25 killing of George Floyd, who died during an encounter with Minneapolis police that led to national outcries for social justice, including a July gathering in Amherst, Betts spoke of a need for better training for law enforcement. He said they should know nonlethal techniques and how to intervene if they observe a fellow officer acting inappropriately.

Betts described Democratic presidential nominee Joe Biden as a candidate looking out for the interests of “hardworking, everyday” Americans.

“I think there’s a lot of folks who are upset with the ways things are and are looking for a change,” Betts said, adding he feels many who typically lean Republican will vote Democrat this year and the former vice president appeals to those moderate voters. “It’s a message of unity ... I think people are tired of the status quo.”

“He represents corporate interests more than he represents the people in this district,” Betts said, adding: “He fights for big companies and not his constituents, and that’s my biggest issue with him.”

Cline said he feels his record speaks for itself, and his values are grounded in “faith, family, community and personal responsibility” and the constituents are his top priority. “The people of the sixth district are who I go to work for every day,” Cline said. “The Democratic Party continues to believe in the power of government to control the lives of the American people, and that’s the difference.”

Cline added he feels Biden lacks leadership and all voters, including moderates, should be concerned about his inability to lead with the radical left controlling him.

“I’ve gone up to drain the swamp, not be a part of it,” Cline said of the political climate in Washington.

Betts said he wants to work across the aisle with Republican lawmakers on bipartisan matters once elected.

“We need choice,” Betts said of his decision to run. “Just having Ben Cline walk into Washington unopposed isn’t good for anybody.”

“We’ve got to take Virginia back,” Campbell said. “There is no other way around it.”

Catch up on the 5th, 6th congressional district races

It's Bob Good (R) versus Cameron Webb (D) in the 5th District, and Nicholas Betts (D) versus Ben Cline (R) in the 6th. Get caught up on those …

Va. Election Commissioner: Counting Will Continue Thru the Week

Va. Election Commissioner: Counting Will Continue Thru the Week

Nicholas Betts, the Democratic candidate for the sixth congressional district running against incumbent Ben Cline, speaks to an Amherst resident during an Aug. 25 gathering at the Monroe Community Center. 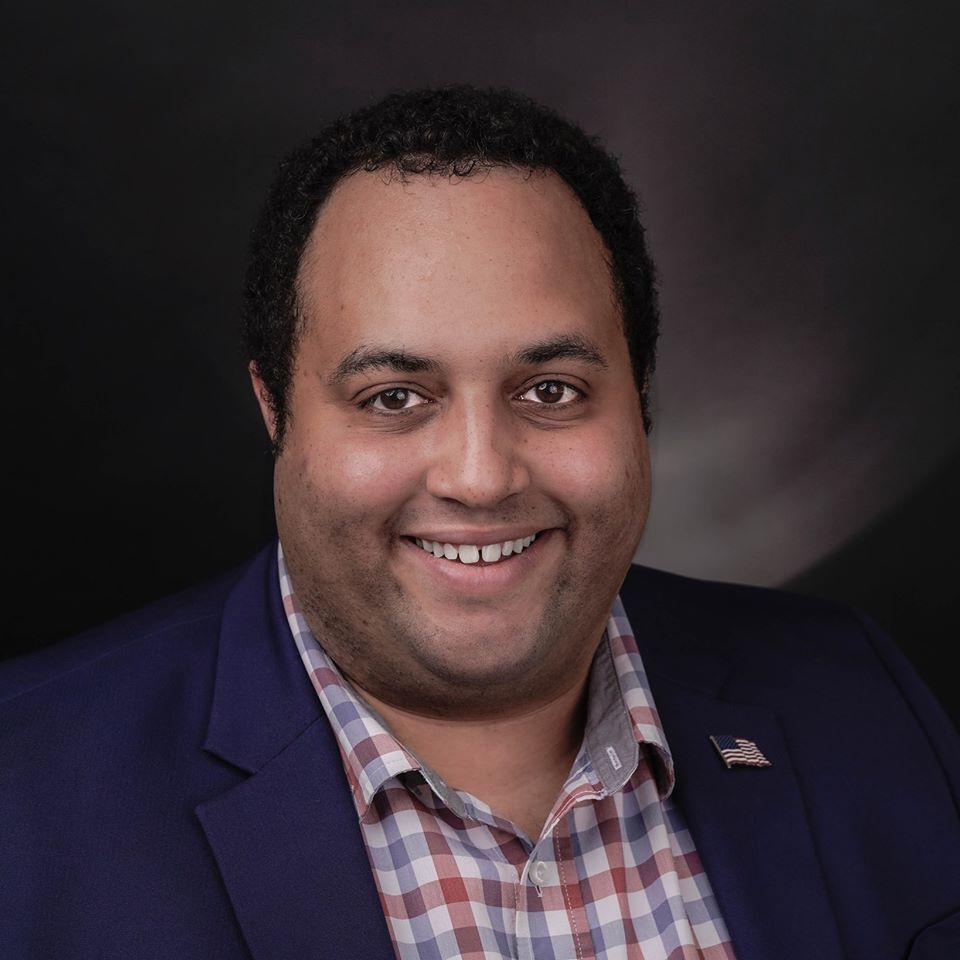 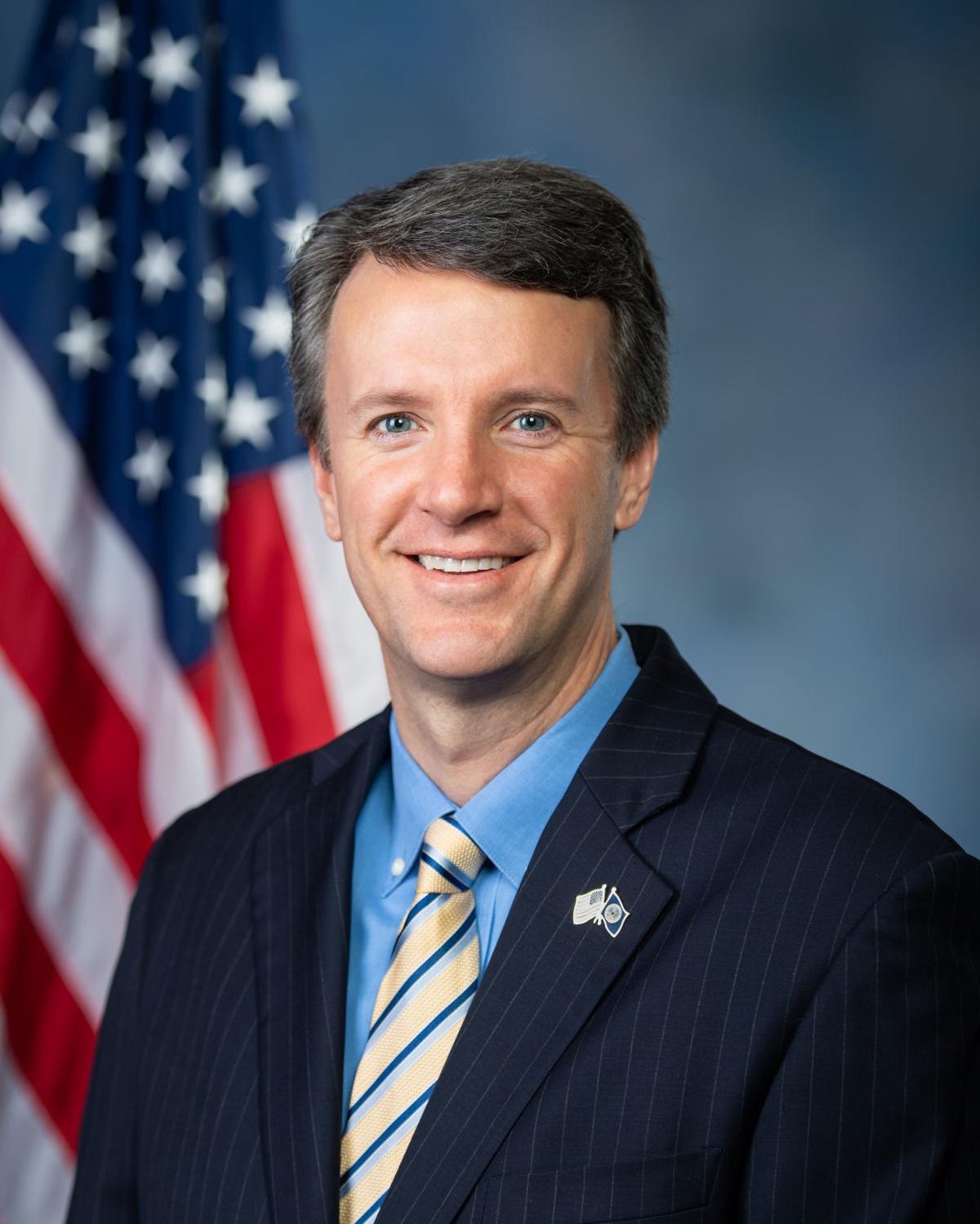