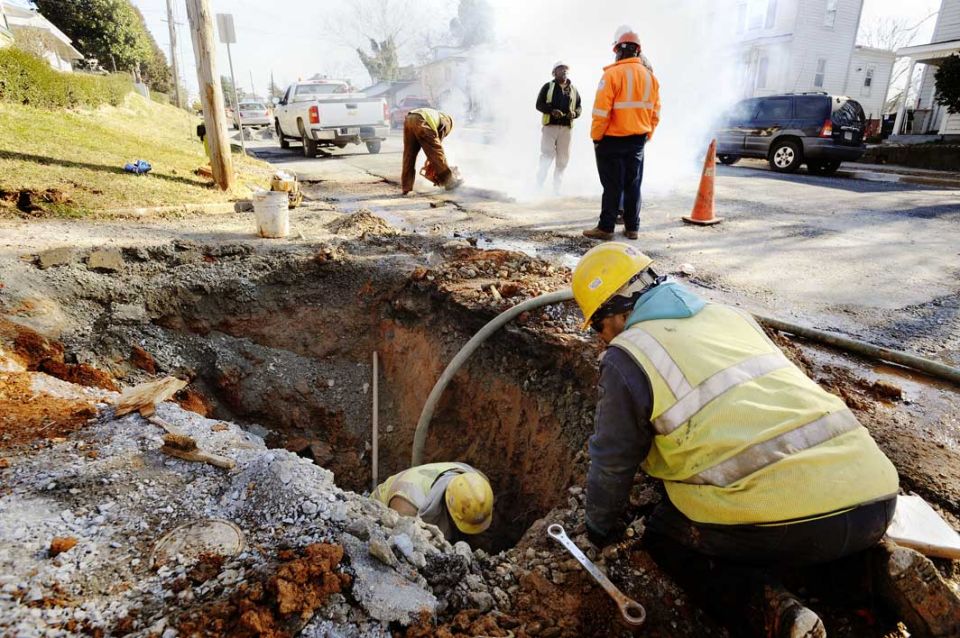 In this Jan. 30, 2012 file photo, a construction crew at Cork Street and Bedford Avenue works on a water line for the city’s combined sewer overflow project. 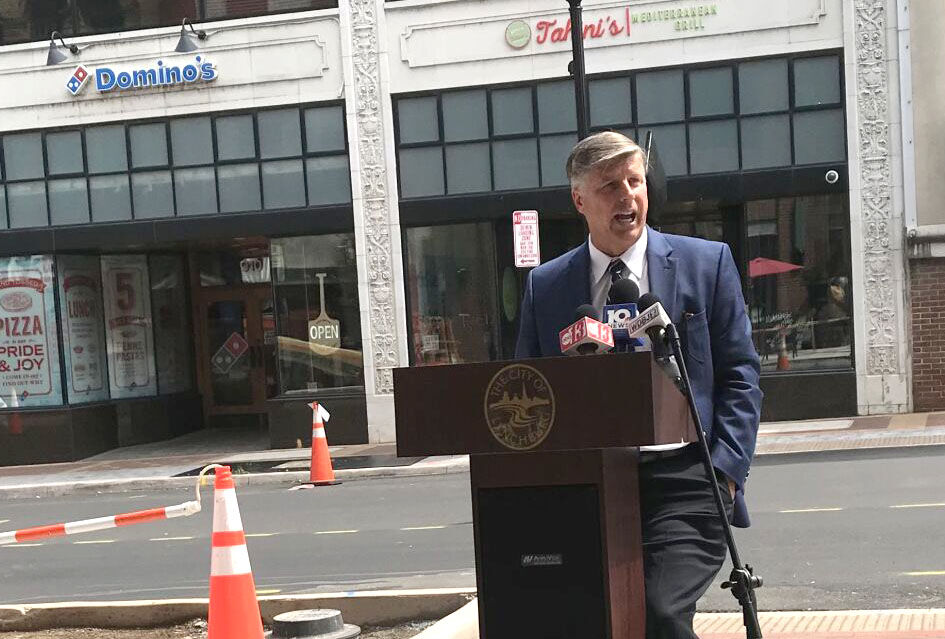 Standing framed by the ongoing construction on Main Street, Lynchburg-area legislators gathered Monday to back the city’s efforts to fund the last leg of its decades-long combined sewer overflow project.

Lynchburg has been working toward a long-term fix for the aging system for since the 1970s. To date, about $300 million has been spent, with about $50 million left before the project’s completion.

Del. Kathy Byron, R-Bedford, who was not present Monday, also is backing the effort.

The members of the legislative delegation announced their intent to ask the General Assembly to allocate $25 million of Virginia’s American Rescue Plan Act funds to complete the project, with a $25 million match from the city of Lynchburg.

“When we first started this project 30 years ago, we knew it was big,” Newman said.

The city’s combined sewer overflow infrastructure dates back to the mid-1800s, covering about 6,000 acres of the city. As a result of the overflow sites, heavy rain can trigger events that lead to combined raw sewage and stormwater flowing into creeks and streams and, ultimately, the James River.

Back in the 1970s and ‘80s, Lynchburg was discharging more than a billion gallons of combined sewage out of the century-old wastewater pipes, annually.

By 2021, with mapping work that began in the 1970s and a plan created in 1989, the city has closed 115 of 132 overflow outfalls. Many of those remaining are in the downtown area, which contains some of the city’s oldest infrastructure.

Newman said Lynchburg ratepayers have born the brunt of this effort to repair the system and have some of the highest water rates in the state as a result. He hopes by using state funding, taxpayers will begin to see some relief.

“If we can do this together with Richmond, Washington and the locality, we can do a great deal of good for not only the ratepayers, but also the environment,” Newman said.

Tim Mitchell, director of the Lynchburg Department of Water Resources, said the money would help free up capacity for the department to address a slew of other impending sewer and water infrastructure projects, and could save 5% to 6% on sewer rates or “maybe more,” for city residents.

If the city receives the funding, Mitchell said the department aims to complete the program within the next five years. When the department finishes the program, he said it will have eliminated more than 95% of the city’s overflow.

The U.S. Environmental Protection Agency requires sets a 85% capture criteria, which the city has already exceeded.

Walker said he’s glad to see the project coming to an end, calling it “great progress and a great step for the city of Lynchburg moving forward.”

Legislators will seek the funding when the General Assembly convenes for its special session on Aug. 2.

First printing of U.S. Constitution to be auctioned off

First printing of U.S. Constitution to be auctioned off

The City of Lynchburg has been working toward a long-term fix for its sewage overflows since the 1970s, and with a recent ask for $50 million …

Lynchburg will receive $25 million in federal emergency aid from Gov. Ralph Northam which, along with a $25 million local match, will help bri…

In this Jan. 30, 2012 file photo, a construction crew at Cork Street and Bedford Avenue works on a water line for the city’s combined sewer overflow project.