Budget on fast track as General Assembly returns to Capitol 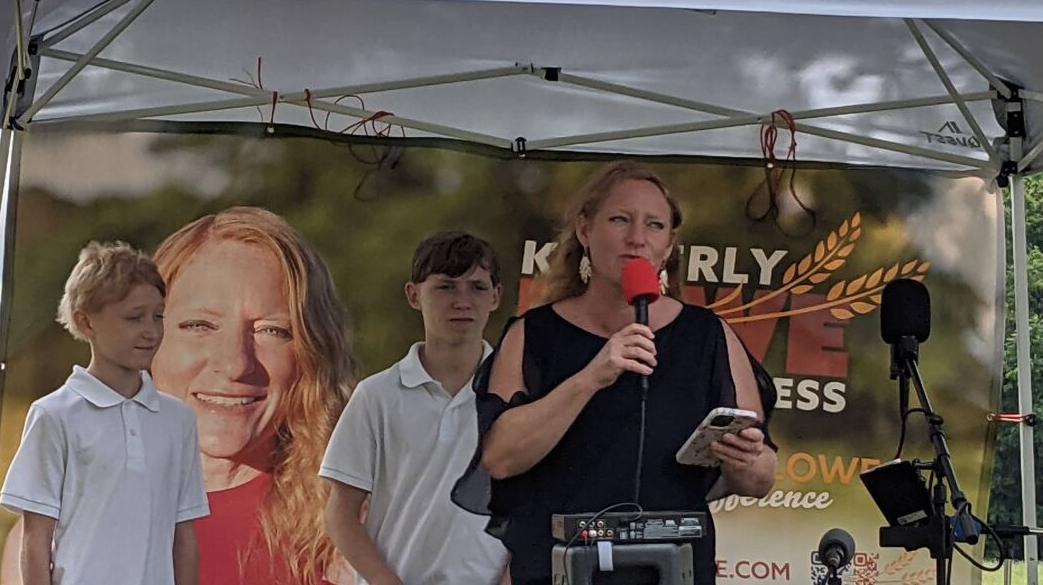 Kimberly Lowe, who is running for the 2022 Republican nomination in the 5th Congressional District, addresses the crowd at Appomattox Historic Court House National Park on Saturday. 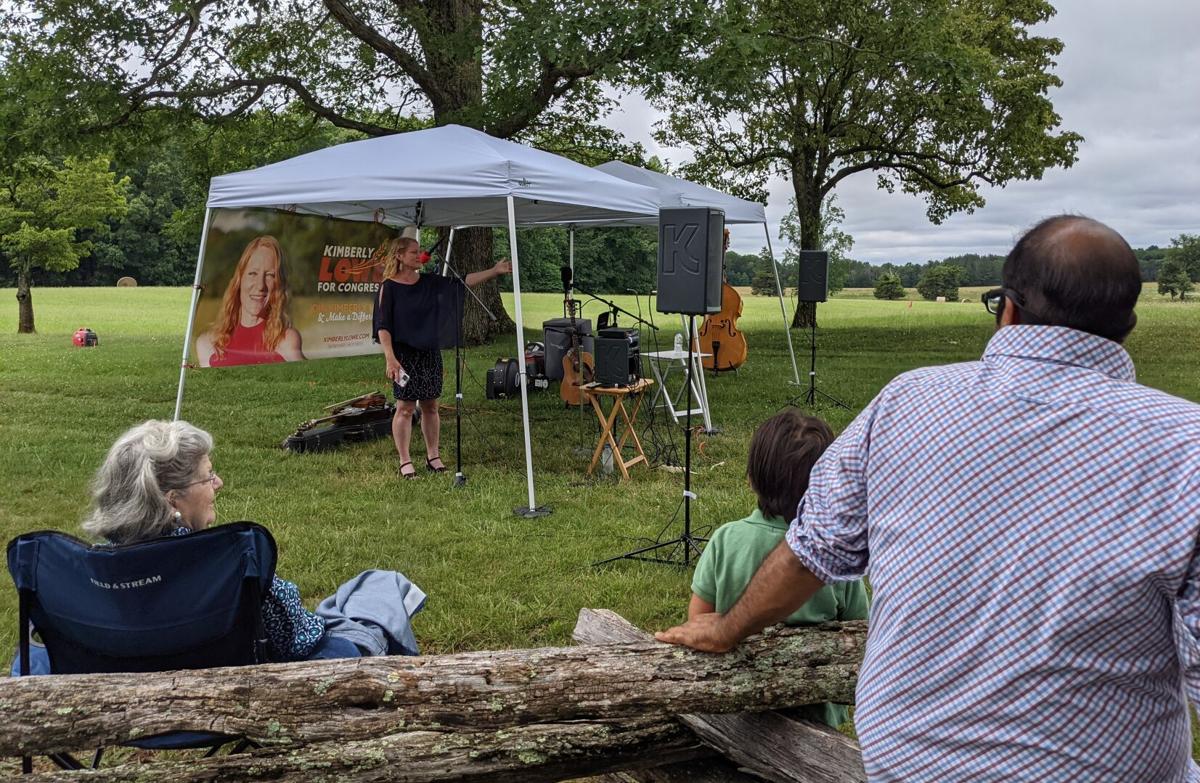 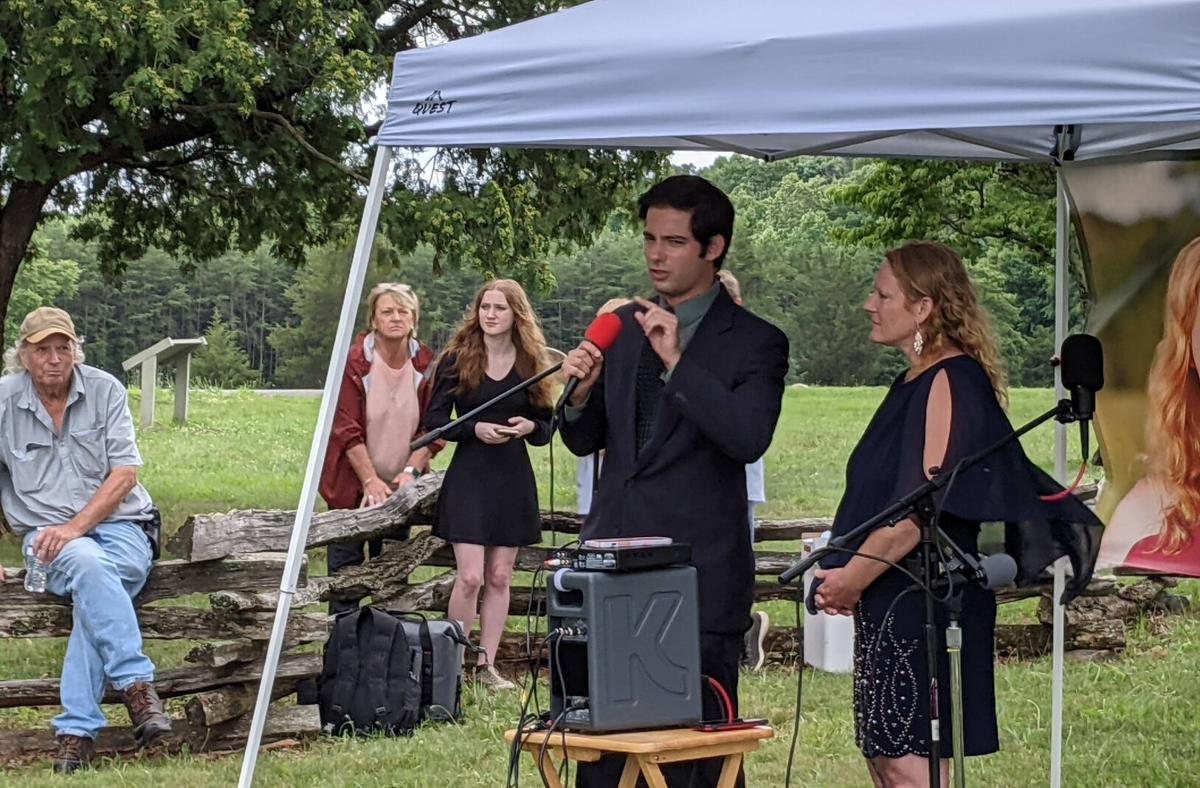 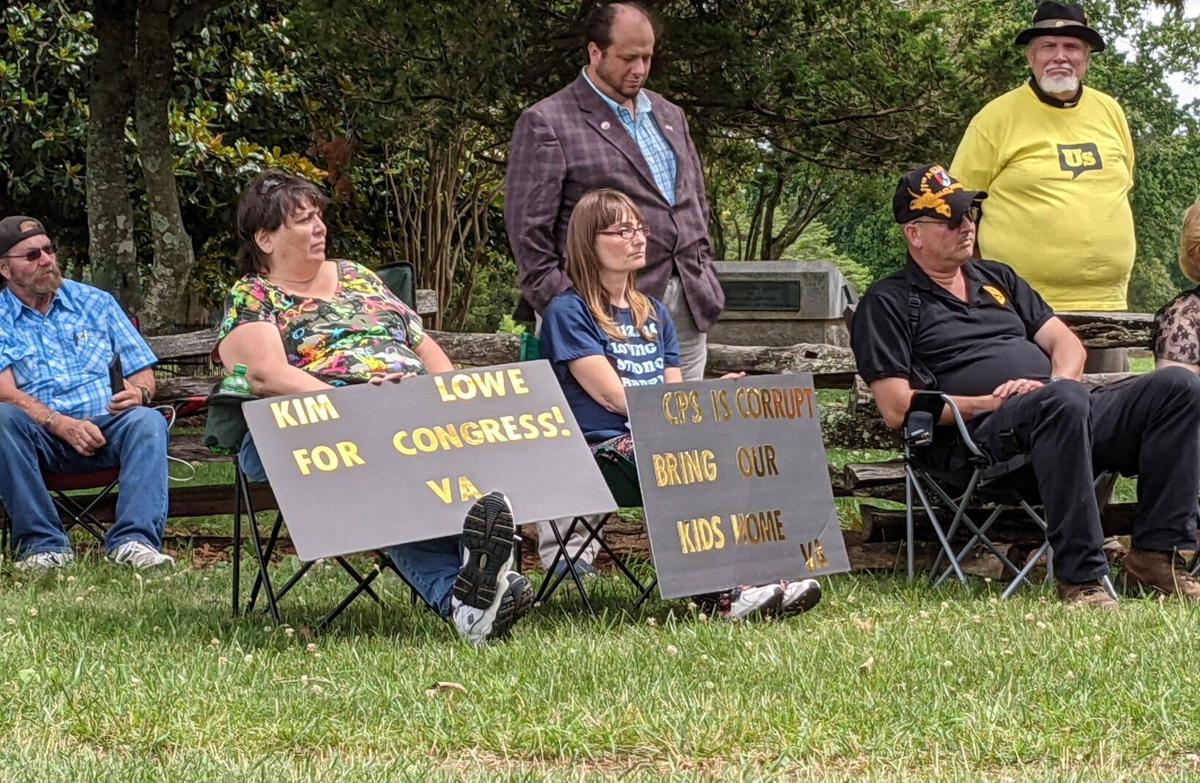 Supporters hold signs that read, “KIM LOWE FOR CONGRESS!” and “CPS IS CORRUPT BRING OUR KIDS HOME” during a campaign event for Kimberly Lowe. 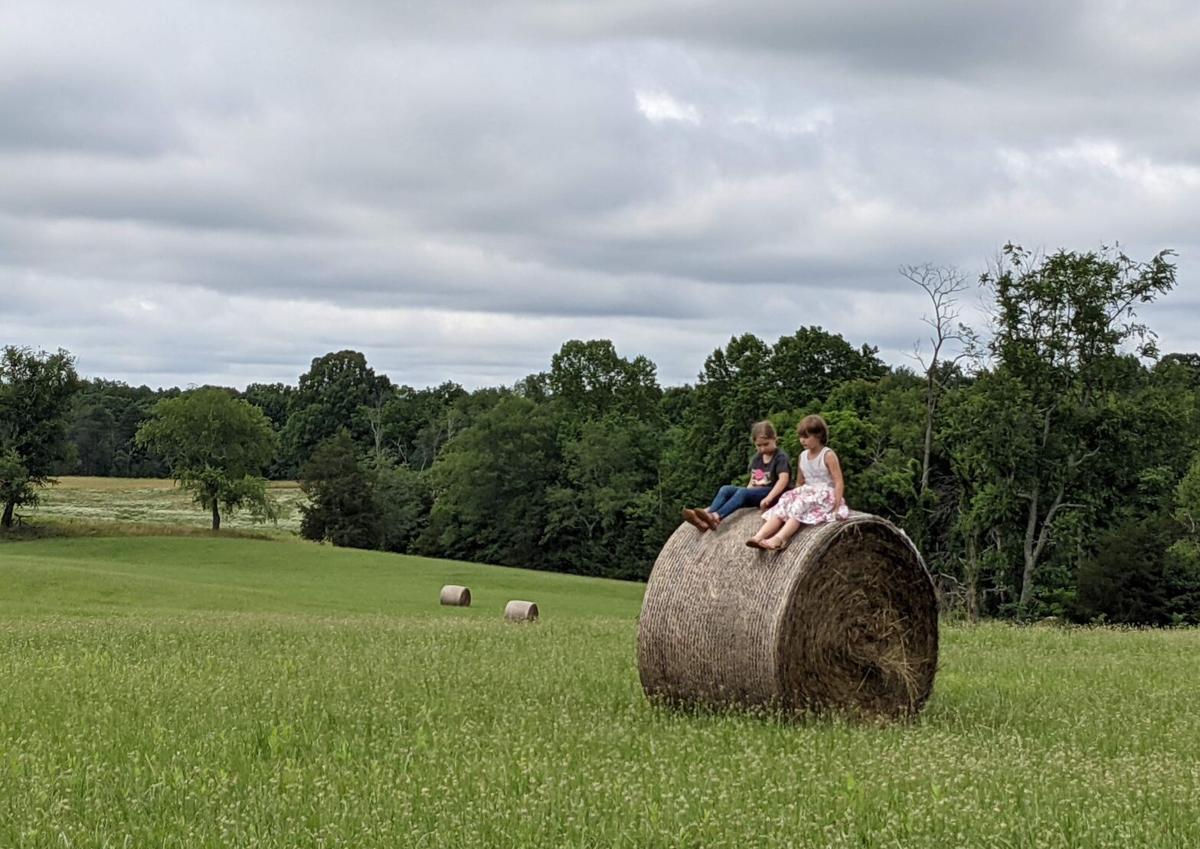 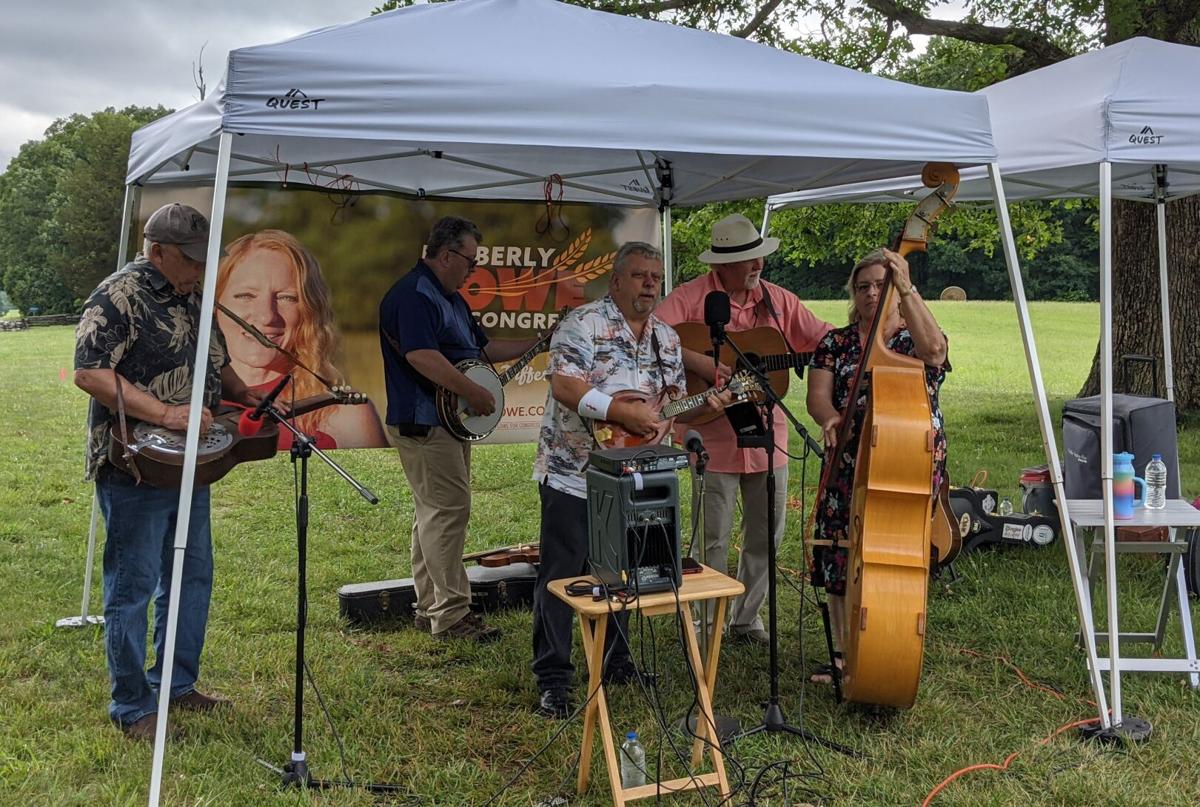 Amid the backdrop of gray skies at the Appomattox Court House Historic National Park, Virginia native Kimberly Lowe officially kicked off her campaign Saturday to challenge Rep. Bob Good, R-5th, and secure the Republican nomination in the 2022 primary.

“I’m a well-rounded candidate working on lots of issues, and I think that politics should be about making your life better and bringing people together,” said Lowe, a resident of Brunswick County.

Having known since the seventh grade she wanted to run for Congress, Lowe — a former educator, a farmer and policy advisor — said she has built a campaign on reforming the family court system and Child Protective Services practices that she claims unfairly target and takes advantage of families for financial gain; feelings rooted in her own struggles with the system.

During her remarks Saturday, Lowe said billions of dollars are spent each year to separate American families when that money could be used to make families stronger.

Lowe wants to bring higher-paying jobs to the 5th District, protect constitutional rights and ensure election integrity, according to a news release from her campaign. The 5th District stretches from Fauquier County to North Carolina and encompasses 22 localities.

She also said she wants to open a transitional shelter for survivors of domestic violence and focus on sustainability through education, job training, housing stability and issues with substance abuse.

She spoke of her concern over the future and sustainability of farming in Virginia, an especially important issue for her given the quantity of agriculture in the 5th District. The release notes she wants to remove “burdensome regulations” that hampers farmers’ ability to sell locally.

Dickinson described Lowe as a “true fighter” who will stand up against entrenched politicians and the establishment.

“She’s someone who’s going to get out there on the front line because right now that is what we have wrong in our country and in the Republican Party,” Dickinson said. “We need less chihuahuas fighting for us and more junkyard dogs that will take a bite out of big government, out of big establishment and out of corruption, and that’s why I’m supporting Kimberly Lowe.”

This is not Lowe’s first pass at an elected office. She previously ran a unsuccessful campaign to secure the Republican nomination for the 38th state Senate District in January and also lost a bid to represent the 75th District of the House of Delegates.

A former Democrat, Lowe left the party in 2016, stating she didn’t feel it was the same party she grew up with, according to her news release.

Lowe said she feels that experience can help her reach across the aisle and foster communication and collaboration, if elected. She said she feels politics now are too divisive.

“I think it’s so important that we pull together the right and the left and all the in-between because everyone deserves representation.” Lowe said. “I want to bring people together to solve problems. It’s our job as a legislature to make people’s lives better, not just a handful of people, and I think what’s currently occurring is too divisive.”

Lowe is seeking the 2022 nomination over Good, a former Campbell County supervisor and former employee of Liberty University.

Good, a self-described “bright red Biblical and constitutional conservative,” won the Republican nomination in 2020 over then-Rep. Denver Riggleman in an unconventional drive-thru convention and beat Democratic candidate Cameron Webb in the general election.

Standing framed by the ongoing construction on Main Street, Lynchburg-area legislators gathered Monday to back the city’s efforts to fund the …

The City of Lynchburg has been working toward a long-term fix for its sewage overflows since the 1970s, and with a recent ask for $50 million …

The former Barker-Jennings building, a striking five-story structure on Campbell Avenue, built in 1919, is slated to be developed into 105 apa…

The Timberlake District in Campbell County will see two newcomers to local politics vying for a spot on the board of supervisors this fall.

Kimberly Lowe, who is running for the 2022 Republican nomination in the 5th Congressional District, addresses the crowd at Appomattox Historic Court House National Park on Saturday.

Supporters hold signs that read, “KIM LOWE FOR CONGRESS!” and “CPS IS CORRUPT BRING OUR KIDS HOME” during a campaign event for Kimberly Lowe.