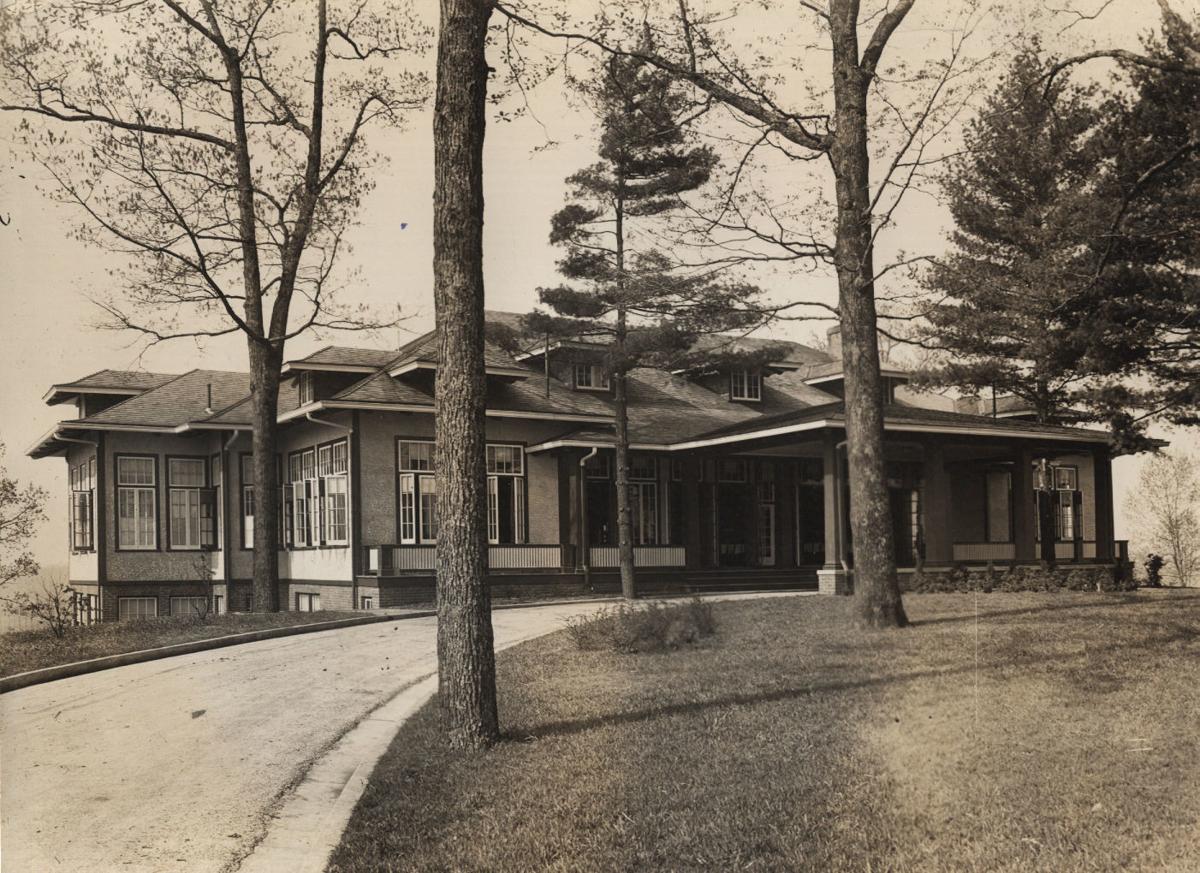 An historic marker in honor of longtime caddy master and golf professional Morris S. Alexander will be placed in front of Oakwood Country Club, shown here in 1936. 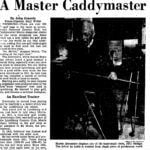 A Jan. 8, 1956 article on Morris Alexander in the Richmond Times-Dispatch.

This event has been moved to 1 p.m. Dec. 7. The dedication will be at Oakwood Country Club, 3409 Rivermont Ave., Lynchburg.

“I knew Morris since I was a little girl,” White said of Alexander — who worked at Oakwood Country Club for more than 50 years. “Everyone knew Morris ... he was legendary. He was ‘Mr. Oakwood.’”

A historic marker honoring Alexander (1891-1977) — an African American who became the club’s first caddy master and longtime golf professional — will be placed at 3409 Rivermont Ave. during a ceremony Dec. 4. The marker, which was approved by Virginia’s Department of Historic Resources, was one of 12 recently OK’d for placement throughout the state.

“To be approved for a state marker, a person had to have been at least of regional significance if not statewide,” said Randy Jones, who works for the Virginia Department of Historic Resources. “The reason for Mr. Alexander’s approval comes from the fact that he managed to contribute so much during the era of segregation. That alone makes his story that much more incredible.”

White — a local historian and former executive director of Lynchburg’s Old City Cemetery — has advocated for more than 20 historical markers in Lynchburg and has pushed for greater recognition of the contributions made by African Americans and women in the city’s history. However, White said the marker for Alexander was more personal than her previous efforts.

“This marker was real important to me because he was my friend,” she said. “Morris was a man that I felt was worthy of recognition so I really pushed for this one.”

Alexander was employed at Oakwood Country Club from its opening in 1914 until 1967. He was the club’s first caddy master and taught golf fundamentals and etiquette for more than 50 years — even though the club was all white until the late 1960s.

“I can remember being a young girl in a wet bathing suit standing in the pro shop dripping,” White said. “That wasn’t good and I wasn’t the only one doing it. I think Morris used to take the kids out back and teach them the fundamentals of golf to keep us out of there. There were not many people that came through there that didn’t pick up a pointer or two from Morris.”

Even though he was employed at a segregated club, Alexander taught hundreds of students during his career and gained national attention when he tied the course record in 1928. Four of Alexander’s students later won Virginia amateur state championships and two were United States and British amateur champions.

“My brother was one of the students who won a state amateur title,” White said. “I remember my brother thanking Morris when he was talking to the press after he won. Morris did so much for golfers in the Lynchburg area; he should be recognized for his work.”

During the 1950s, the club hosted the Morris Alexander Junior Golf Tournament, which attracted many young golfers to the course. The club today continues to host the occasional banquet in Alexander’s honor.

“Morris Alexander was such an important part of our history,” said Jennie Allman, the current owner of the facility. “It is unbelievable what he did even though he was living in a totally segregated society. He deserves to be remembered not only for what he accomplished but also for the accomplishments of his students.”

Allman said she is grateful for White’s efforts to get the life of Alexander recognized by the state.

“I would have given up long ago in trying to track down the documents needed,” Allman said. “But I have learned that Jane White does not give up. Ever.”

White said the most difficult part of the application process was finding documentation to support Alexander’s achievements.

“Most of the achievements in his career I remember,” White said. “However, it was hard to get proof of those accomplishments to submit to the state.”

White said she remembers Alexander winning the National Caddy Championship on two separate occasions, but could not verify Alexander’s titles.

“The place in Philadelphia were he received the awards burned down some years ago,” White said. “It was frustrating but also fun trying to track down his life. Through my research, Morris at one time was a prize-winning jockey, but I could not find evidence of that part of his life to submit to the state.”

However, White said the parts of Alexander’s life that could be documented where enough to warrant recognition by the Department of Historic Resources.

“I’m grateful that we got this marker because this one was personal to me,” White said. “I think a lot of the golfing community will come out for this unveiling.”

The unveiling and dedication of the Virginia Historical Highway Marker honoring Alexander is scheduled for 4 p.m. on Dec. 4 at Oakwood Country Club and is open to the public, White said.

The dedication and unveiling of a historic marker honoring Morris S. Alexander at Oakwood Country Club, 3409 Rivermont Ave., has been moved to…

An historic marker in honor of longtime caddy master and golf professional Morris S. Alexander will be placed in front of Oakwood Country Club, shown here in 1936.

A Jan. 8, 1956 article on Morris Alexander in the Richmond Times-Dispatch.