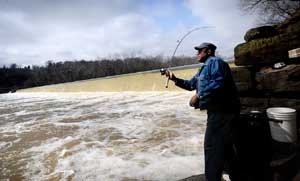 Sterling Carden fishes in front of the Scott's Mill Dam located on River Road in Lynchburg. 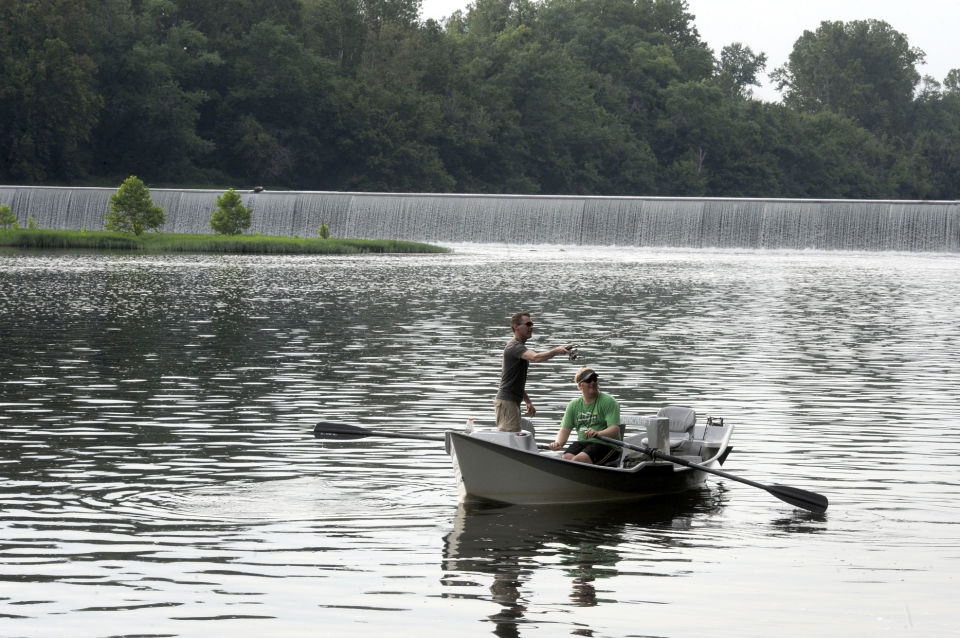 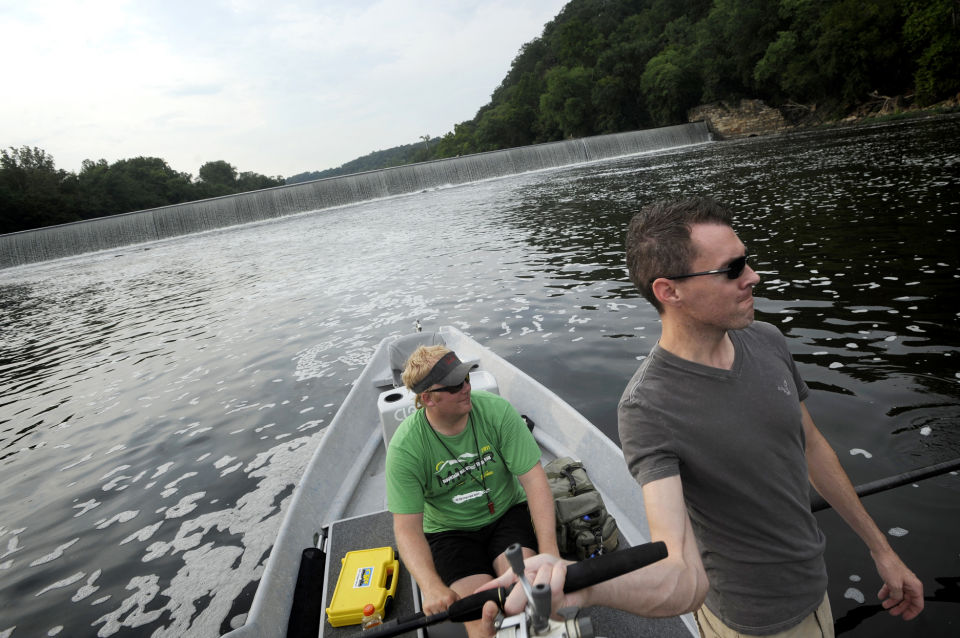 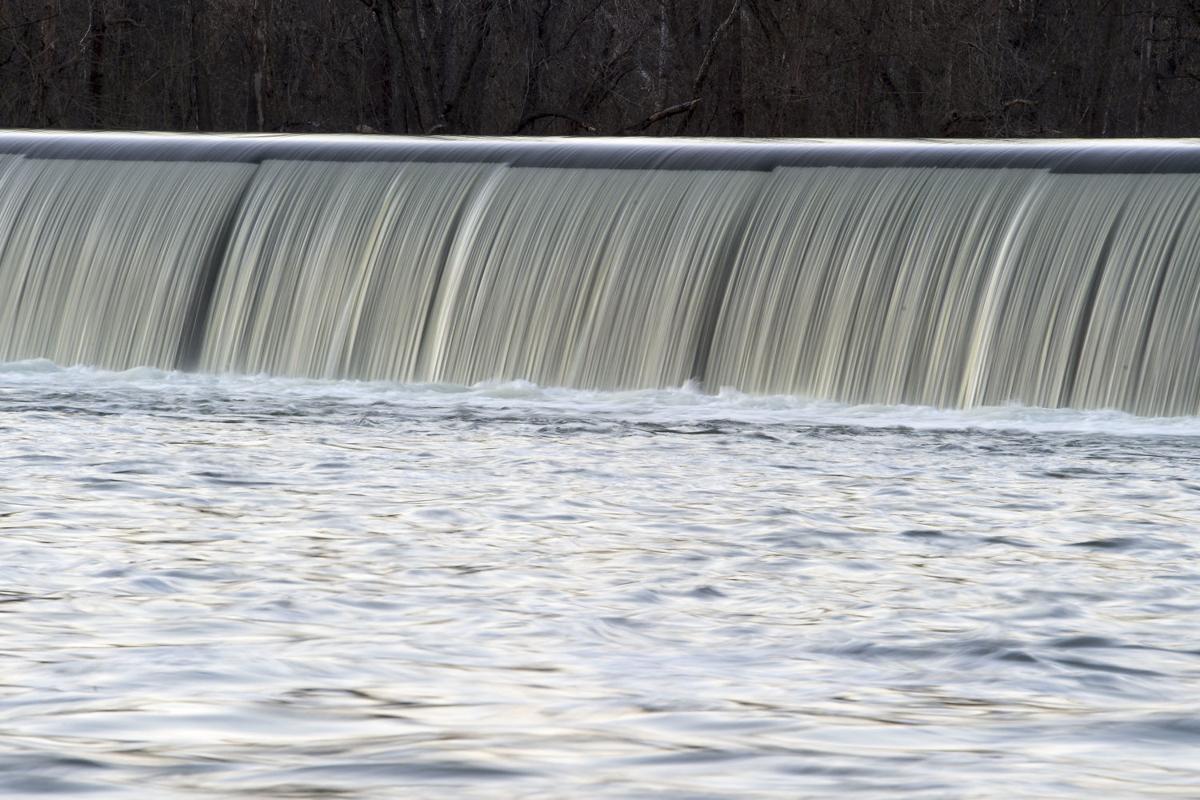 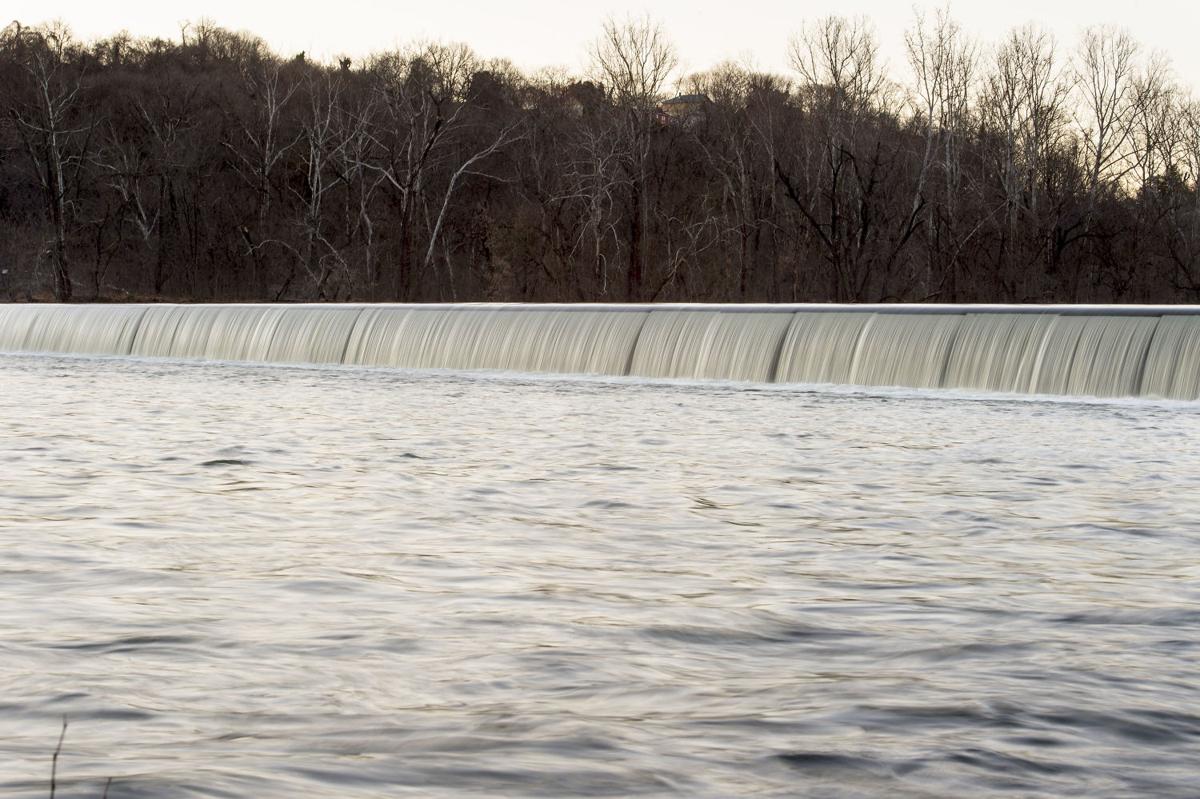 Liberty University has pulled the plug on a hydroelectric project in the works since 2009.

But the project at Scott’s Mill Dam, which aims to convert the flow of the James River into 20,700 megawatt-hours of power per year, could move forward under another license applicant, Scott’s Mill Hydro LLC.

Behind the application is Mark Fendig, who owns the dam through his company, Luminaire Technologies. Fendig’s group purchased the dam — which is located between the Fifth Street Bridge downtown and Daniel’s Island — from Appalachian Power Company in the 1990s. According to his LinkedIn page, Fendig also owns dams in Virginia and North Carolina.

Fendig did not return several calls seeking comment on plans for the project.

Working with Fendig, LU first applied for a preliminary permit with the Federal Energy Regulatory Commission to explore the possibility of generating hydropower at the Scott’s Mill Dam in Lynchburg in 2009 and filed notice of intent documents in 2015 in order to begin preparing a license application for the proposed project. Liberty intended to use the dam as an academic resource and sell the power to a local utility.

After consideration, LU decided against moving forward on the dam.

“Our original interest was centered around power generation and academic use possibilities for Liberty University. After much consideration and due diligence on our part, we have decided that the potential reward was not sufficient to justify the investment and potential risk with the Scott’s Mill Hydropower Project or any others on the James River for the foreseeable future,” Randy Smith, LU’s executive vice president and chief operating officer, wrote via email.

LU previously considered building a hydropower portfolio including multiple energy generating dams, an idea it since has backed away from.

Smith added LU notified all involved parties late last year it no longer would be exploring this option.

According to a legal notice published Jan. 27, Fendig aims to pursue FERC licensure under LU’s original plans for the project, using research previously conducted on behalf of the university.

Construction, according to the legal notice, will include a new powerhouse with nine generator units and a 1,200-foot underground transmission line. The estimated 20,700 megawatt-hours per year generated will be used by U.S. Pipe and Foundry Company LLC, which has a facility in Lynchburg, or sold off to a public utility. A call left at the corporate offices of U.S. Pipe and Foundry in Birmingham, Alabama, this week was not returned.

Public comments on the project are due toFERC by Feb. 26 and can be sent by mail or online.

Previous comments, from when LU was exploring the project, are posted at scottsmillhydro.com.

According to those comments, the city of Lynchburg is among those that previously expressed concern with the project, stating worries it could affect water withdrawal and a wastewater treatment plant downstream.

Tim Mitchell, Lynchburg’s director of water resources, said the city has yet to issue a public comment but is considering doing so in order to stay abreast of the project as it develops.

“The project is essentially the same as it was before,” Mitchell said. “We want to make sure that our water rights are protected and any modifications to the dam don’t impact our water withdrawal.”

Mitchell said water intake for the city is several hundred yards downstream of the dam, and the wastewater treatment plant is a “river mile downstream.” Mitchell said he did not anticipate any “significant impact to down flow stream” but said the city wanted to be part of the conversation.

“We just want to be sure we’re informed through the process, so if there is something that comes up, we basically have a seat at the table to have a discussion about it,” Mitchell said.

Since the late 1800s, Lynchburg has had rights to a fifth of the water flowing past the city. As part of that agreement, Lynchburg is required to contribute to regular maintenance of the dam. If the hydro project moves forward, that agreement will remain in place, though the city will not be responsible for maintenance work involving the power-generating elements to be attached to the dam.

The pre-application document filed by Scott’s Mill Hydro LLC — which provides information about the project — can be viewed at the office of Luminaire Technologies at 912 Wilson Highway in Grayson County, the Lynchburg Public Library, or accessed online at scottsmillhydro.com.

Public comments on the project can be sent to FERC at 888 First St. NE in Washington, D.C. 20428, and should be made out to “Office of the Secretary.” Comments also can be submitted online at https://ferconline.ferc.gov/QuickComment.aspx and should cite FERC Project No. 14425.

Lynchburg dam is an investment option for Liberty University

Every day, water rushes over Scott’s Mill Dam on the James River near downtown Lynchburg.

Brightwell’s Mill is coming back after months of work by a fifth-generation member of the family.

The Federal Energy Regulatory Commission has opened an investigation into the operation of the Reusens hydroelectric plant on the James River,…

Sterling Carden fishes in front of the Scott's Mill Dam located on River Road in Lynchburg.