Subscribe
Read Today's E-Edition
Share This
'It's going to become very uncomfortable for you:' LPD shifts resources amid string of violent crimes
Share this
Bryson Gordon

The Lynchburg Police Department announced Friday it will reallocate resources within the department to bolster its patrol function, strengthening the department’s visibility in the community.

The move will “allow us to be more proactive as a department, and less reactive,” Chief Ryan Zuidema said during a news conference Friday.

The announcement comes after a string of violent crimes this month in Lynchburg.

Most recently, on Thursday, a man was shot in the back while walking across the Greenfield Market parking lot on Florida Avenue; police have yet to name a suspect in that case. The day before, two shootings, one of which injured two people, led to lockdowns or lockouts of many Lynchburg schools.

While the chief said the department is looking into the recent crimes to see if they are connected, he said it’s too early to definitively tell if they are or not. Additionally, the chief did not rule out the possibility of the violence being gang-related.

“I will tell you, generally speaking, in our community and in communities across this country, gangs usually are connected to guns and drugs. And violence usually follows right behind all those things.

“So there’s a possibility that these are. We aren’t ready to say that yet,” Zuidema said.

The department’s recent struggles with staffing have forced them to be a more reactive unit than he’d like, Zuidema said, “so to put these resources towards our patrol function will allow us to be much more proactive.”

He added the community will see more officers in uniform and they also will be “shifting the focus of other units throughout the department to ensure consistent efforts across the violent crime front.”

With more officers expected on patrol, Zuidema issued a warning to anyone involved in criminal activity in Lynchburg, saying, “It is going to become very uncomfortable for you.

“We are actively seeking you out. We are going to prosecute you to the fullest extent of the law.”

To bring people to justice, however, Zuidema said the department needs the community to come forward with information when they have it.

“We need cooperation from both witnesses and victims,” the chief said. “Very honestly, we have many crimes where we know we have witnesses to those crimes, but those individuals don’t want to come forward.”

Additionally, the chief said the department has recently had victims of crimes not cooperating with police investigations.

“That absolutely blows my mind. We’ve got to get folks who are victims of crimes to be willing to come forward and share information so that we can solve those crimes and hold those people responsible,” he said.

With some crime happening in residential areas, the chief asked residents to check their home security cameras for potential footage when there is crime in the area.

Zuidema also implored citizens to lock their car doors, as criminals have used stolen cars to commit crimes and then ditched them to steal other cars. The chief said gun theft from cars has been a recent issue too.

With Wednesday’s shooting happening in close proximity to several Lynchburg City Public Schools, Zuidema said the department will “always err on the side of caution” when any crime has been committed in an area where students might be at risk.

“I would much rather lock a school down and not need to, versus not doing that and obviously someone running the risk of their life being put in danger,” he said.

In the coming days, the department wants residents to be more aware of their surroundings when they’re out in the community, Zuidema said.

“We are in 2022 and these issues that I’m talking about are not unique to Lynchburg. We are seeing these across the commonwealth and across the country. You don’t have to go any further than Charlottesville to see the tragedy that took place there just a few days ago,” he said, referring to the fatal shooting Sunday of three University of Virginia students.

“We want to encourage them to just be vigilant and to be our eyes and be our ears,” the chief later said.

A home in the Meadows apartment complex in Lynchburg was struck by gunfire Sunday afternoon, but no injuries were reported, police said.

Gingerbread and glühwein: The best Christmas markets in Europe this year

Gingerbread and glühwein: The best Christmas markets in Europe this year 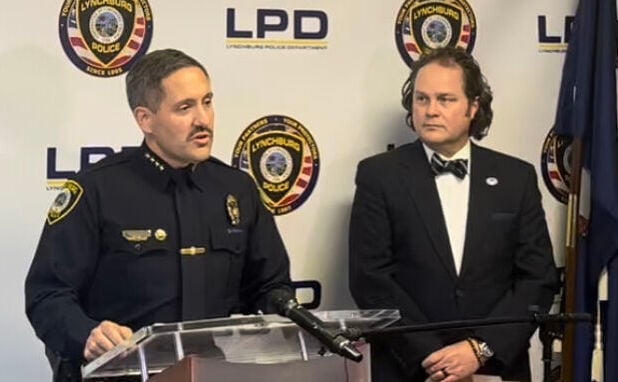 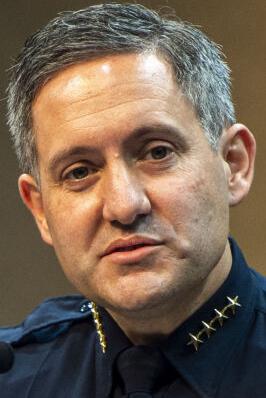