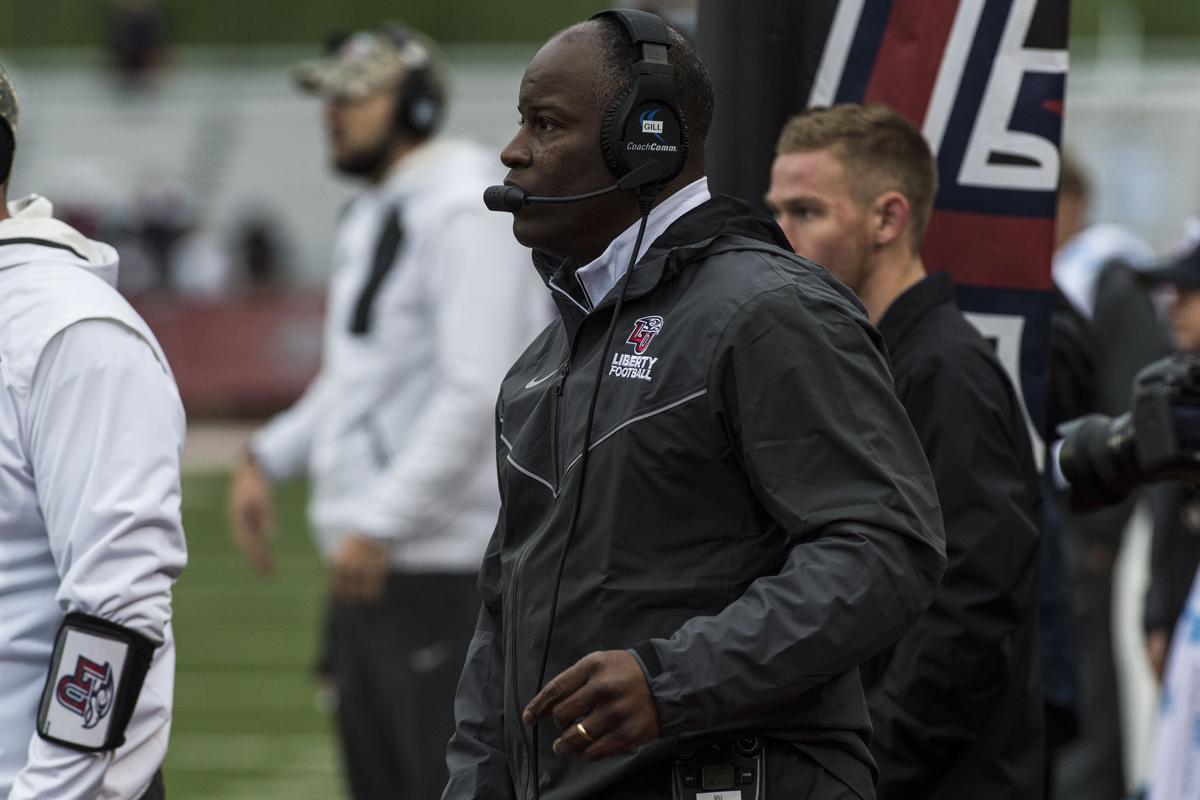 Liberty head coach Turner Gill on the sidelines during the first half against Duquesne on Saturday, Nov. 4, 2017, in Lynchburg. 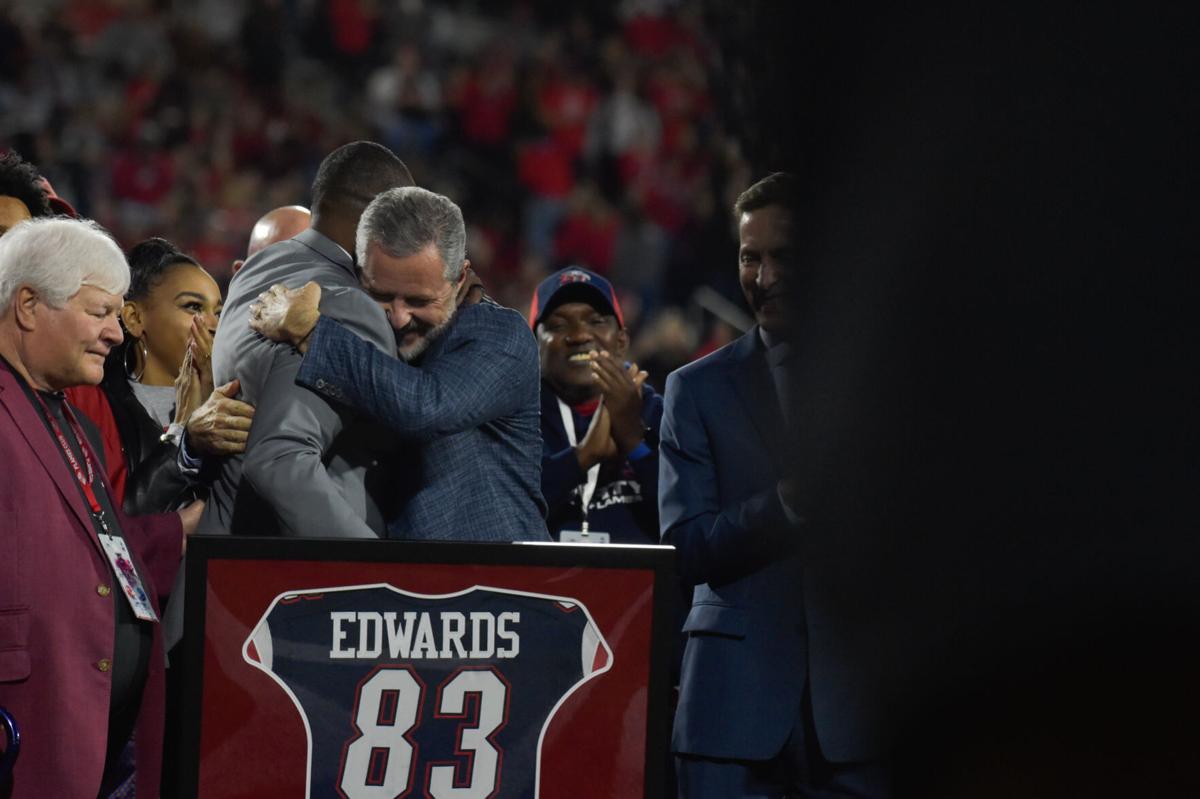 Turner Gill remained a familiar face around the Liberty University campus after the 2018 football season.

The former coach, who unexpectedly retired from coaching not long after the Flames’ inaugural season at the Football Bowl Subdivision level, was frequently spotted at football practices the following spring; traveled to San Jose, California, to watch the men’s basketball team compete in the 2019 NCAA Tournament; and even surprised the football team this past November when the Flames became bowl eligible for the first time.

Gill will again be a familiar face around campus. He is returning to Liberty in a non-football role as the executive vice president of diversity, development and inclusion, the university announced Tuesday morning.

He will be joined by former Liberty and NFL wide receiver Kelvin Edwards, who was hired as executive vice president of management efficiencies and diversity.

Gill and Edwards will work closely with Greg Dowell, the university’s vice president for equity and inclusion and chief diversity officer.

“We are honored to have Turner Gill back at Liberty as well as Kelvin Edwards, an alumnus and successful businessman,” Liberty University President Jerry Falwell Jr. said in a written release. “As executive vice presidents, they will help us demonstrate our commitment to reuniting people — both Republicans and Democrats — who have been divided by the establishment politicians.”

The 57-year-old Gill spent the 2019 football season as the executive director of student-athlete and staff development at the University of Arkansas. He coached Liberty for seven seasons (2012 to 2018), compiled a 47-35 record and led the Flames to three important milestones: the first postseason appearance in 2014 in the Football Championship Subdivision playoffs; the first victory over a Power Five program — a 48-45 triumph at Baylor in the 2017 season opener; and a 6-6 record in the inaugural FBS season in 2018.

Gill, in a statement released by the university, revealed he had been in discussions with Falwell since November about returning to a role in development. Gill added he called Falwell in June to discuss changing the position to diversity and inclusion.

“I am thrilled to be returning and to serve in my new role,” Gill said in the statement. “I have long shared a vision with President Falwell about increasing the minority population at Liberty and building a program where we build leaders among all racial groups.”

Edwards graduated from Liberty in 1986 following a four-year career with the football program. He was selected in the fourth round of the 1986 NFL Draft and played for the New Orleans Saints and Dallas Cowboys.

Edwards was inducted into the Liberty athletics Hall of Fame in 2009 and had his No. 83 jersey retired this past season.

Liberty University plans to send nearly 2,200 students to Washington, D.C. on Saturday to take part in a prayer march organized by Franklin Graham.

Liberty University on Tuesday paid former President Jerry Falwell Jr. the severance owed under his employment agreement, according to a statem…

Liberty University tells staffers to stop speaking with Jerry Falwell Jr. while on the job

Due to a lack of widespread testing, the official tally of students sick with the novel coronavirus at Liberty University is likely undercounting those who may not know they’ve contracted the virus, according to a leading health expert.

Eighty-four students and six employees at Liberty University have tested positive for the coronavirus in the last two weeks, a university spok…

Liberty head coach Turner Gill on the sidelines during the first half against Duquesne on Saturday, Nov. 4, 2017, in Lynchburg.