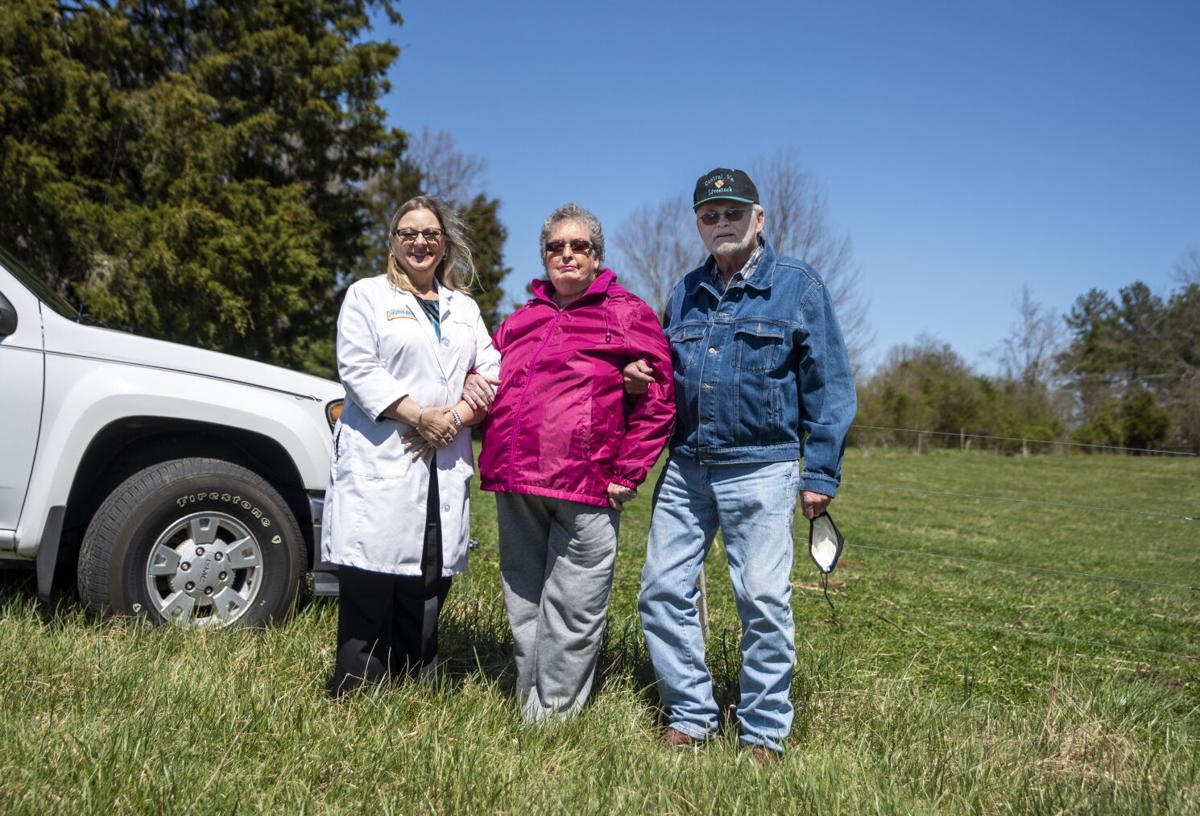 Gaile and Wallace Hensley (right) pose Friday for a photo with nurse practitioner Phyllis Everett (left) on land donated by the Hensleys for Everett to establish a medical clinic in Lynch Station. 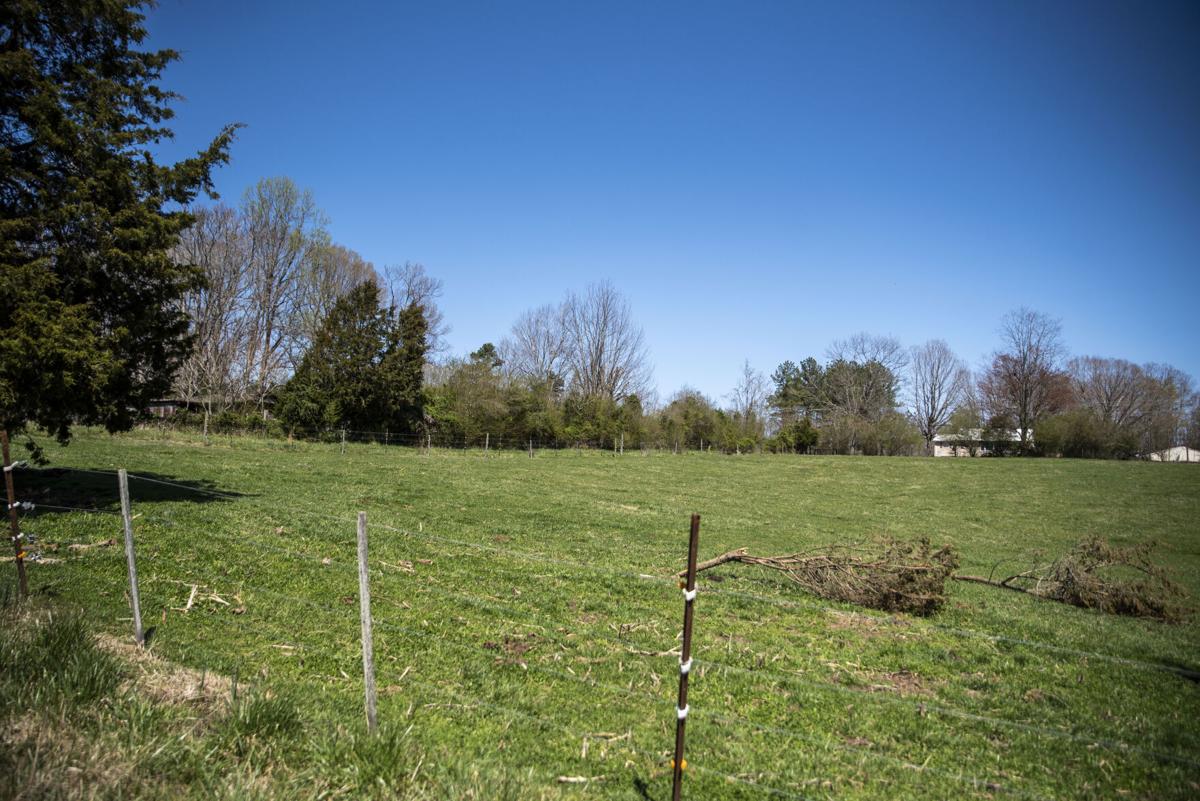 The land donated by Wallace and Gaile Hensley to nurse practitioner Phyllis Everett for Everett to establish a medical clinic in Lynch Station is shown on Friday. 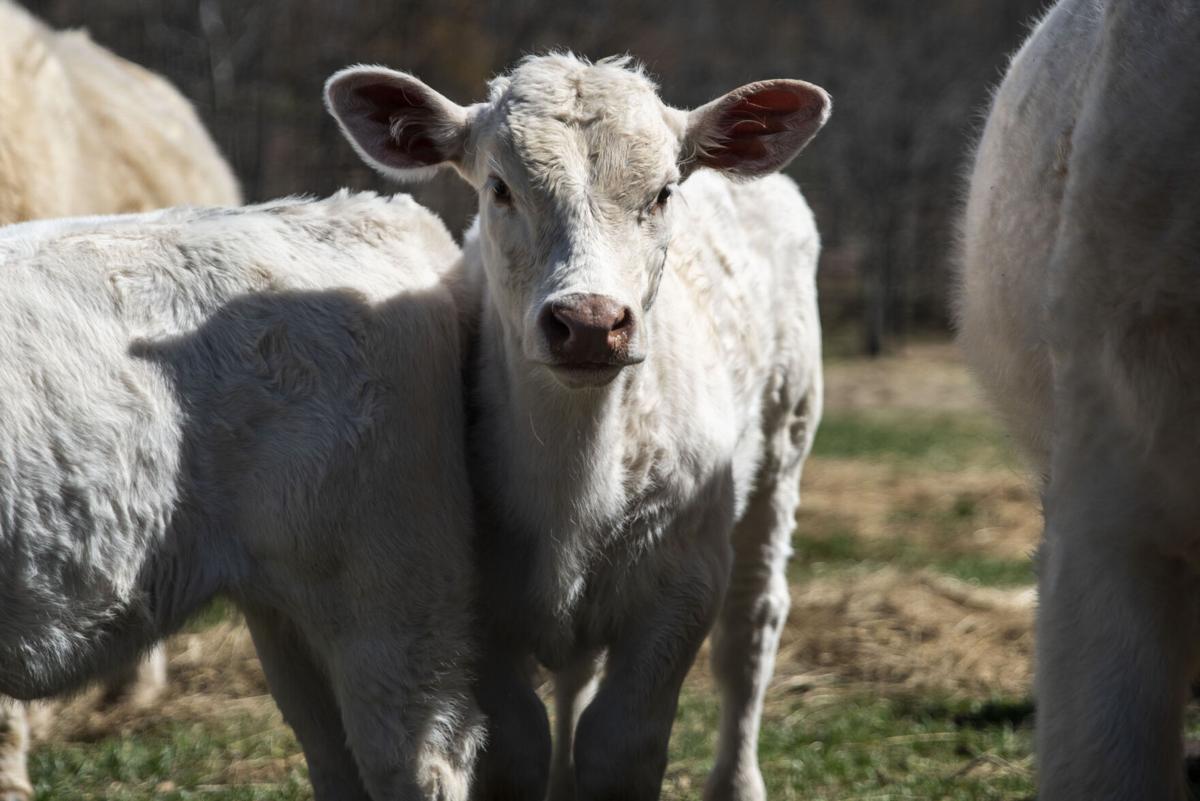 One of Wallace and Gaile Hensley's cows roams the pasture Friday adjacent to land where nurse practitioner Phyllis Everett hopes to establish a medical clinic in Lynch Station. 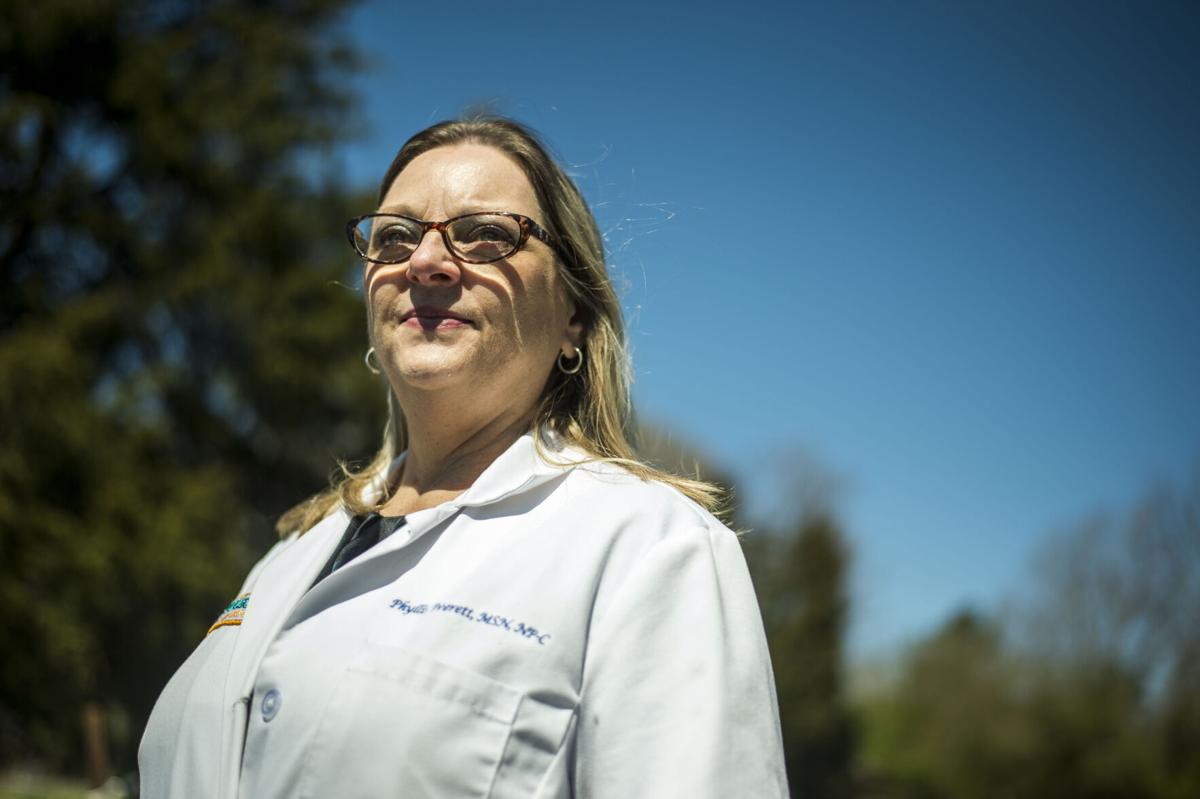 Nurse practitioner Phyllis Everett poses for a portrait Friday on land donated by Wallace and Gaile Hensley for Everett to establish a medical clinic in Lynch Station.

After evaluating her patient, Everett sent Gaile for a scan that identified a brain tumor, for which she began receiving treatment.

Wallace Hensley, Gaile’s husband, believed Everett’s service was instrumental in helping save Gaile’s life. When the Hensleys heard Everett unexpectedly lost the lease for her clinic in Huddleston and was trying to find a new location for her practice, they saw an opportunity to help her in turn.

“After she was such a help in finding out what Gaile’s problems were, I was kind of disgusted at her not having a place of her own to practice, so I decided to donate a piece of land for her to build her own clinic where she could have a place to practice and not have to worry about somebody going up on the rent, or canceling her place to practice,” Wallace said. “It’s going to give her a permanent place to practice medicine. It will not only benefit me, but it will benefit the whole community for several miles around.”

The couple offered to donate 1.53 acres of their 123-acre farmland along Leesville Road for Everett to establish a new clinic where she could continue serving patients in security.

Everett did not see the gift coming.

“It was a surprise. I had no idea that he had that in mind,” Everett said.

The Hensleys first approached Everett with the offer a year ago, but applying for local government permission to open a medical office at that location would have been quite costly and time-consuming then. However, recent changes to local zoning rules made it much more feasible.

The Hensleys did not forget their offer, and they reached out to Everett again.

The Hensleys, on behalf of Everett, applied for a special use permit with Bedford County to establish a medical office on part of their land.

Wallace shared his wife’s story in a public hearing of the Bedford County Planning Commission last month, and the planning commission unanimously voted to recommend approval of the permit, passing the decision to the Bedford County Board of Supervisors to consider in a future meeting.

Everett began her business, Sapient Health, serving clients in the Lynch Station and Huddleston areas before expanding to a second clinic location in Big Island, which is run in the back of the Big Island Emergency Crew building off the town’s Main Street. Her patient roll currently has about 800 individuals, she said.

Everett ran her first clinic, Huddleston Health and Wellness, at the former East Lake Medical Center in Lynch Station. She operated there from 2017 until losing the lease toward the end of 2019, causing her to move out in March 2020.

Two weeks after moving, the COVID-19 pandemic shut everything down.

In May 2020, Everett moved operations to a house a quarter-mile up the road from her original clinic location, but she said that when her new landlords unexpectedly announced they needed to move back in and have her leave, she did not know where to go.

Through the pandemic and associated lockdowns, Everett focused on telehealth and home care. This provided somewhat of a cushion for her to find a new clinic facility, but the instability associated with renting properties was concerning, she said.

If the Hensleys’ gift meets with county supervisors’ approval, Everett will not have to worry about leases ending or other unpredictable factors tied to renting, also providing stability for patients relying on her.

To formally accept and manage donations to her business, such as the Hensleys’ donation of land, Everett created the Friends of Sapient Health, a 501©(3) organization officially approved in 2020.

Site preparation such as sewer, water and electric work will need to be done on the land before building any structure, Everett said, but she is exploring options and cultivating a vision as things move forward. The structure will likely be a modular of some sort, something sturdy and accessible to patients with various special needs, she said.

County supervisors are expected to review the item at an April meeting, Everett said, though an exact date has not yet been designated. If all is approved, a deed transfer of the land and further planning will be pursued to make the vision a reality.

“I’m very grateful for the gift, and very excited for the patients in that area, that they will have this place for their care,” Everett said.

Lynchburg man sues for defamation over Jan. 6 Capitol protest posts, claims he was forced to resign from his job

A Lynchburg man who was asked to resign from his job after attending the Jan. 6 Capitol protest is suing two individuals for defamation by way of Facebook posts.

A Lynchburg-area father and son, both pilots with Piedmont Airlines, had a full-circle experience when they served as co-pilots on their first commercial flight together in March.

Gaile and Wallace Hensley (right) pose Friday for a photo with nurse practitioner Phyllis Everett (left) on land donated by the Hensleys for Everett to establish a medical clinic in Lynch Station.

The land donated by Wallace and Gaile Hensley to nurse practitioner Phyllis Everett for Everett to establish a medical clinic in Lynch Station is shown on Friday.

One of Wallace and Gaile Hensley's cows roams the pasture Friday adjacent to land where nurse practitioner Phyllis Everett hopes to establish a medical clinic in Lynch Station.

Nurse practitioner Phyllis Everett poses for a portrait Friday on land donated by Wallace and Gaile Hensley for Everett to establish a medical clinic in Lynch Station.