Lynchburg-area COVID-19 immunization plateaus, doses meet people where they are
Share this
1 of 2 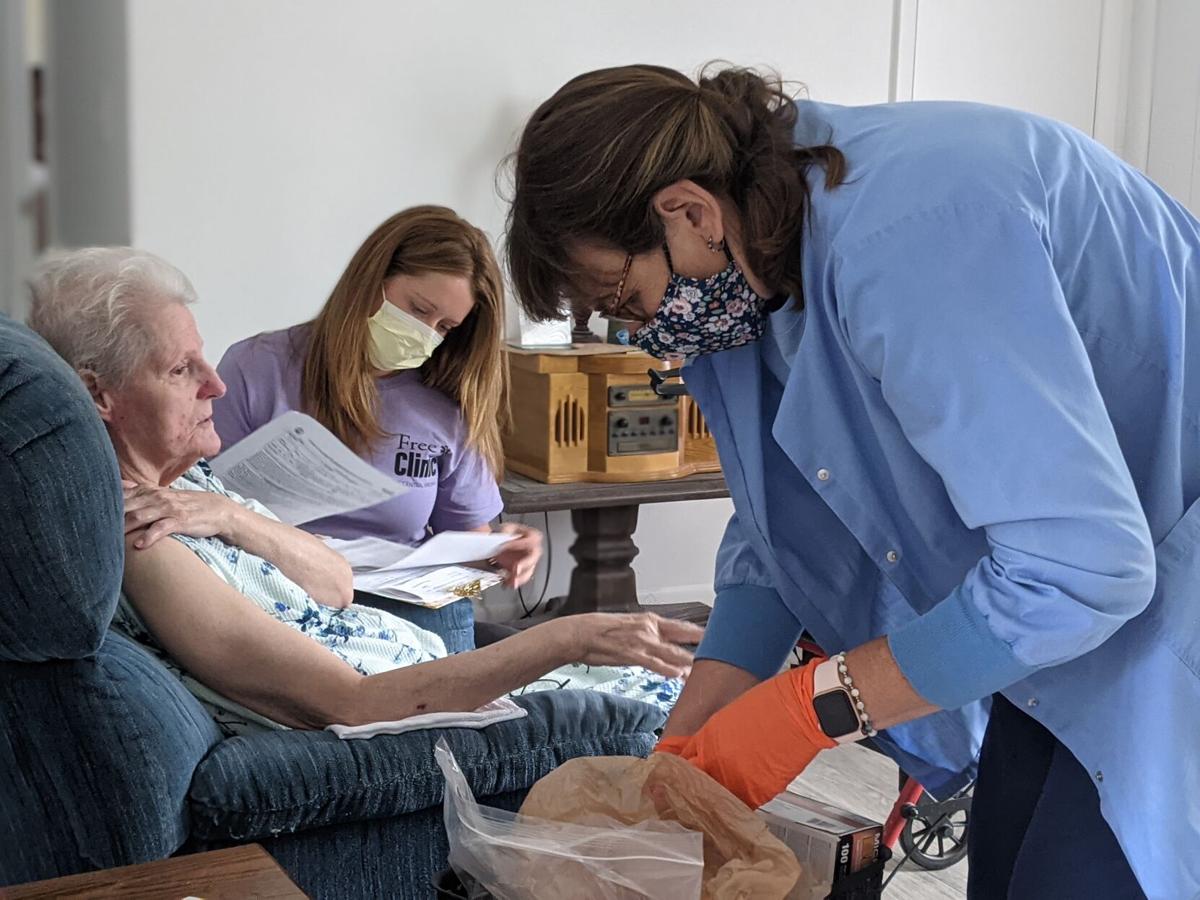 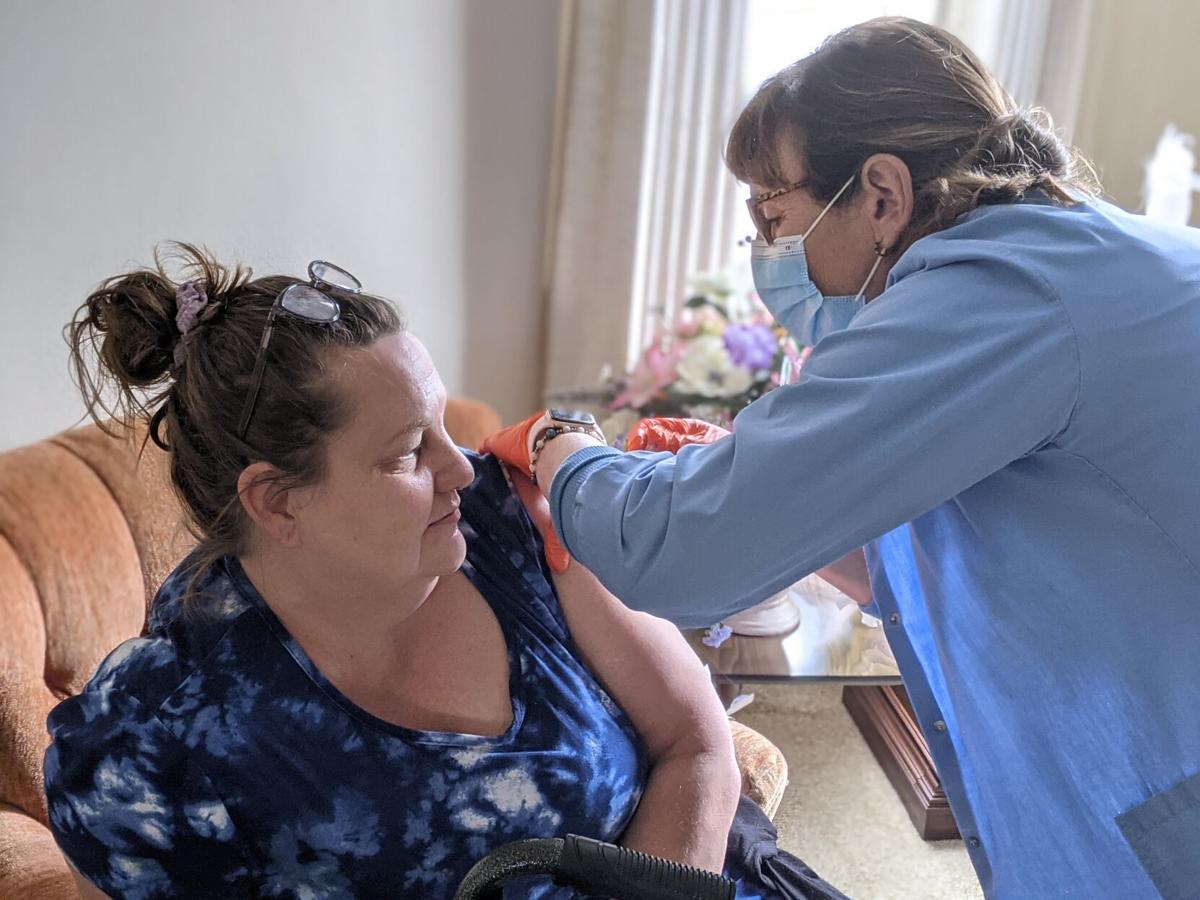 As larger COVID-19 vaccination centers in and around Lynchburg close due to lack of interest, those working and volunteering to administer shots are taking more of a piecemeal approach to immunization.

It’s been a while since people were hunting and scrambling for appointments, and the percentage of people who’ve received at least one dose in the greater Lynchburg area has hovered above 33% for the past three weeks.

As of Friday, data from the Virginia Department of Health indicates 36.6% of people in the Central Virginia Health District, made up of Lynchburg and the surrounding counties, have received at least one dose and 29.4% are fully vaccinated. Statewide, those numbers are 47.8% and 36.8%, respectively.

Those in the region’s vaccine task force have been planning an “exit strategy” since last month, said task force leader Dr. Wendy Wilcoxson. Most of the locality-specific vaccination centers have closed already and the regional vaccination site at Candlers Station is slated to close June 5.

Instead, vaccinators will focus on neighborhood pop-up clinics and efforts to reach those who are homebound, she said. In response to lingering vaccine hesitancy and skepticism, she said health officials have tested out various strategies to get shots to more people — health officials have estimated communities will reach herd immunity when between 70% and 80% of people are immune.

Though most of the people Jen Stowers visited as a mobile vaccinator Wednesday wanted to be immunized, they weren’t in any rush. She and Karin Truitte, both volunteers for the Free Clinic of Central Virginia, were visiting Meals on Wheels clients this past week who’ve told their drivers they’d accept a dose.

One, Linda Bates, said she didn’t really see a need to be immunized since she stays home most of the time, but signed up for a shot after realizing any of her visitors could carry the virus inside.

“I’ve got bad lungs anyway so if I got it, it’d be a death sentence,” she said after Truitte gave her the Johnson & Johnson vaccine.

William Tompkins was reluctant to wait in long lines, so when Meals on Wheels mentioned a concierge opportunity toward the end of April he took it. Despite not wanting to get the shot at first, he said he can tell COVID-19 isn’t going away anytime soon.

“I feel it’s a whole lot safer to get [a shot] than it is to keep trying to hope I don’t run into some idiot who never managed to keep themselves from being exposed,” he said. “I do hate wearing the mask everywhere I go, but you can’t avoid that.”

Working with Meals on Wheels to find interested arms is the latest way Stowers has gone about volunteer vaccination — picking up some clients’ relatives or home health aides along the way, too. She and other Free Clinic volunteers held clinics at various area churches, Lynchburg Grows and at restaurants for those workers during the past two months.

“I think for those of us that have been lucky enough to get it early on, it’s just nice to be able to pay that forward and … this is really important,” Stowers said.

Dr. Gus Petticolas, dental director and board member for the Free Clinic, said he was pleasantly surprised and gratified to see a 202-person turnout at a vaccination clinic at Peaceful Baptist Church in March and April. Held when there was significant demand for doses, he said word of mouth through his dentistry clients and fraternity and sorority connections brought out the crowd.

“I was just happy that we were able to meet people where they were,” he said.

With that momentum slowing down, he said it’s important to shift to educational and nonthreatening discussions with those who remain hesitant.

At a news conference Thursday, Virginia’s vaccination coordinator Dr. Danny Avula said for many, the vaccine decision is much more about the heart than the head, pointing out conservatives, rural communities and evangelical Christians have lower uptake that can stem from false information. In light of that, he said, immunization approaches should shift more toward primary care doctors who can have more in-depth discussions with their patients.

Health officials also are hoping the new approval for children ages 12 to 15 to receive the Pfizer vaccine will give immunization rates a boost. Avula said the approval, announced Wednesday evening, would open up immunization to some 420,000 people and could be a motivator in getting unvaccinated parents to accept a shot. Frequently asymptomatic, young people have driven spread of the disease in many communities.

Wilcoxson said late Wednesday the Lynchburg-area team plans to up space to vaccinate children in the short term and is working on a long-term plan.

Lynchburg City Schools sent out survey emails to parents and guardians of students in grades 6 through 12 on Tuesday gauging interest for vaccination clinics, according to spokesperson Cindy Babb. Responses were collected through 3 p.m. Friday.

In testing the Pfizer vaccine with children, researchers found 100% effectiveness, though Avula said there likely will be breakthrough cases once children start getting shots. CDC officials have said after adjusting for underreporting, children ages 5 to 17 have made up around one fifth of all COVID-19 cases.

MORE INSIDE: How COVID-19 vaccines will work for children in the U.S. Page A4

The owner of the Camp Trapezium brewery and Amherst town and business leaders on Thursday celebrated the official grand opening of the new brewery and restaurant.

The case of a Lynchburg man charged with a slew of malicious wounding and assault and battery on law enforcement crimes will go before a grand jury, a judge ruled Thursday.