With winter on the horizon — and with it, cold temperatures with ice and snow likely — the Lynchburg District of the Virginia Department of Transportation is gearing up and preparing to respond.

Lynchburg VDOT has announced the recent purchase of a brand-new brine mixing unit, which will increase efficiency and save time: both ideal factors for effective response to winter weather.

Until purchasing the two new 2023 Henderson brine units — at approximately $150,000 per machine — the Lynchburg District had been relying on brine units from the 1950s, said Allen Crouch, who has mixed brine for the district for nine years. Although the older units operated fine, they took much more labor and time to get brine mixes ready to go. He was thrilled to have the new machine.

“It’s a major upgrade to our facility down here,” Crouch said Tuesday.

Brine is a mixture of salt, water and chemicals that melts snow and ice.

The unit’s computer-automated system can perform most any calculation and function required, which is part of what helps save time and labor.

“The time is where it’s at,” Crouch said.

Len Stevens, communications manager for the Lynchburg district of VDOT, said this new brine unit should help taxpayers in the long run, because it will cut down on overtime.

The machines have been tested multiple times, and are ready for real work debut this season, Crouch and Stevens said.

The brine blend, stored in massive tanks, has its final and crucial ingredient — calcium chloride — added once it is ready to get loaded into trucks and go on the roads, Crouch said. The mix can be stored over the summer, shaken up periodically until it is needed for use.

Districtwide, Lynchburg VDOT has 26,000 tons of salt, 159,000 gallons of brine mix and 6,300 tons of abrasives such as sand, according to Stevens. The district always tries to keep stocked at 100% capacity.

More than 500 contractors have been hired for this winter, hourly workers have been employed and more than 540 pieces of equipment including trucks are ready to go, Stevens said.

“We feel like we are ready. We are confident that we are prepared for the winter season,” Stevens said. “We have hired our contractors, our emergency crews to help us, our hourly workers. We have done our dry runs. We have put together our system for how we’re going to make the brine. We’re storing the brine. We know the roads. Now, we just have to wait and see what winter is going to throw at us.”

As always, the best thing area residents can do during winter weather is stay home, Stevens said, and not drive until roads are made passable by VDOT crews. Of deaths related to ice and snow, 70% of them occur in vehicle crashes, he said. The issue is one of safety.

Primary roads will, as usual, be cleared first, followed by secondary roads. Through 12-hour shifts, Stevens said crews always try to have roadways passable within 48 hours. There are 17,153 miles of road to maintain in the Lynchburg district’s area, he said.

Stevens urged residents to pay close attention to forecasts and follow VDOT on social media or on its official website for the latest updates related to winter weather and local traffic impacts.

To find information or report an issue, residents can visit 511virginia.org, and my.vdot.virginia.gov.

UPDATE: The Virginia State Police are still investigating a crash on Friday night in Campbell County that left a Rustburg man dead.

A Lynchburg man was sentenced Friday to 30 years in prison for distributing "large quantities" of heroin, methamphetamine and cocaine, federal…

Downtown Lynchburg restaurants in the spotlight with new cookbook

Amateur home chefs now have the chance to try their hand at recreating recipes from their favorite downtown Lynchburg restaurants. 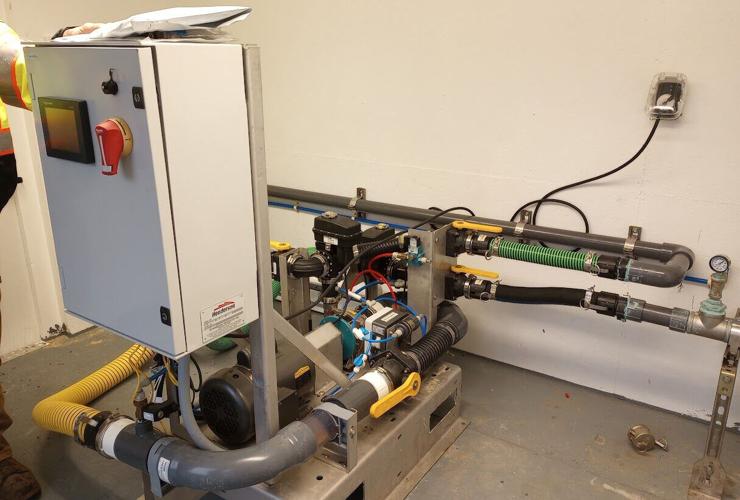 The Lynchburg District of VDOT displayed a new brine mixing unit Tuesday that will replace equipment from around the 1950s. 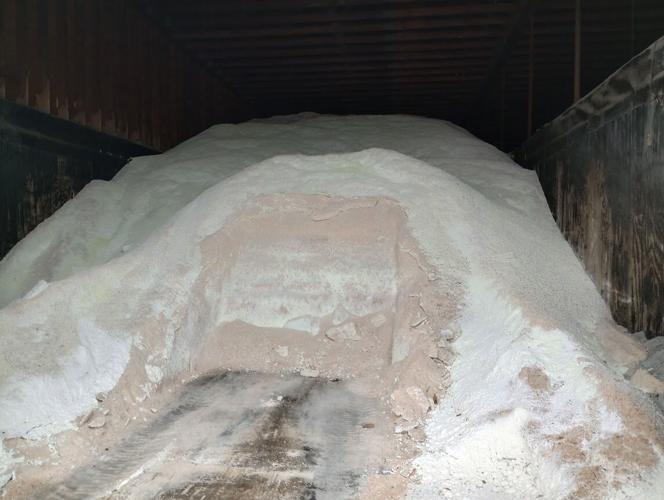