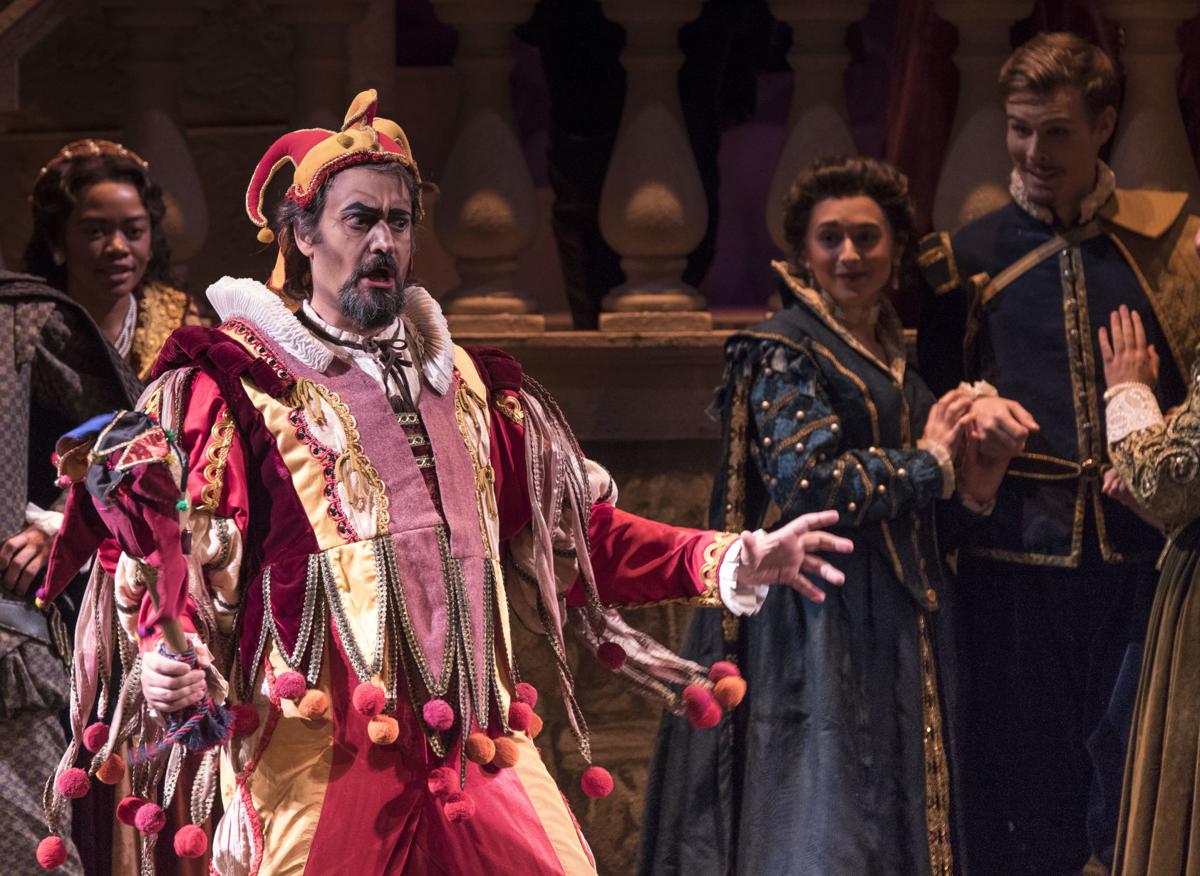 Marco Nisticò as Rigoletto in Sarasota Opera's 2019 production of "Rigoletto." 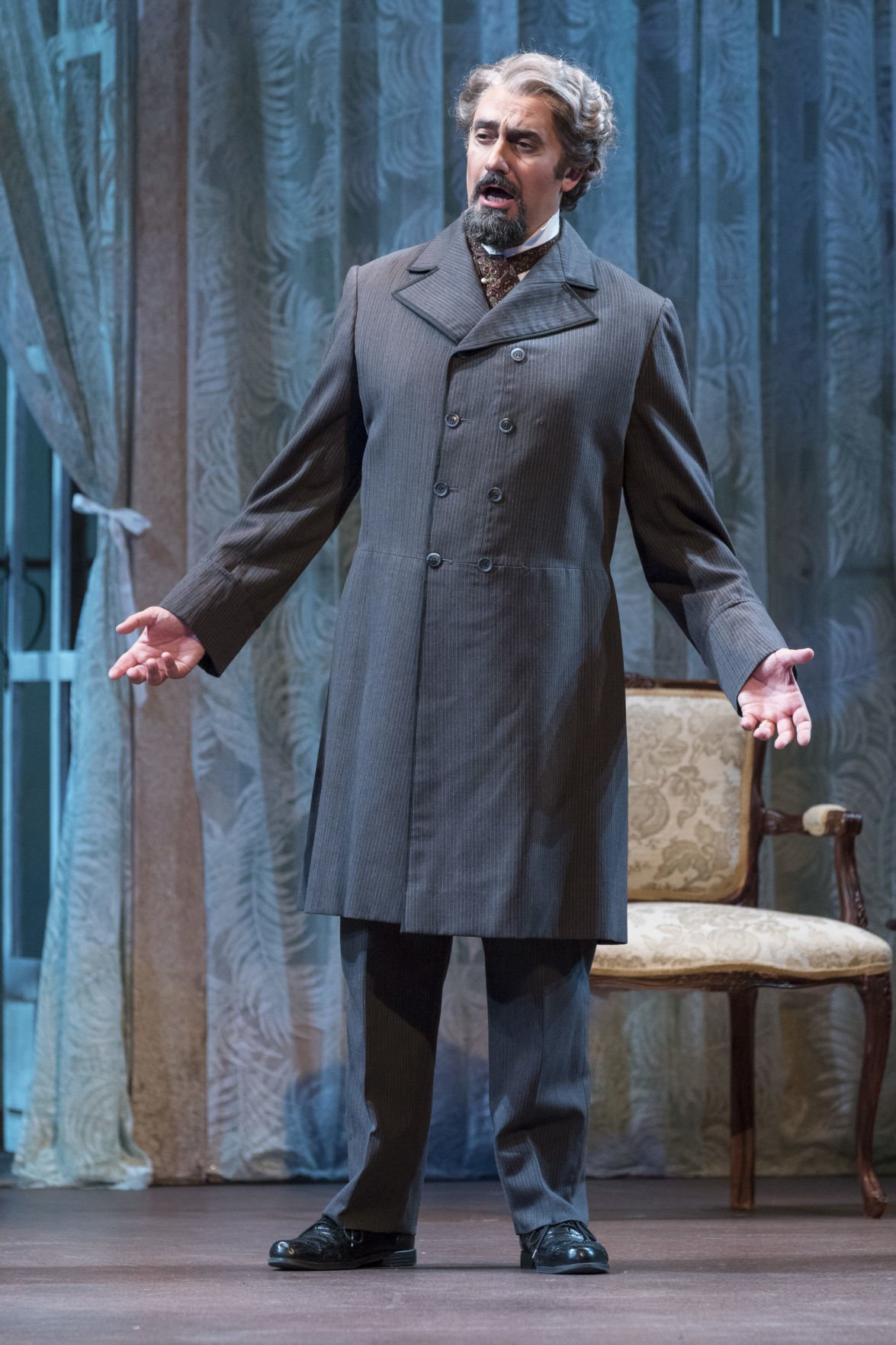 Opera on the James has found a fresh voice in Marco Nisticò.

The veteran performer was named as the Lynchburg opera company’s general director in June. Since that announcement, Nisticò made his Hill City debut when he performed in the October concert “With Voices Raised.” He also is slated to co-direct the upcoming production of “Amahl and the Night Visitors” with the Liberty University School of Music, which opens in December.

“What we were looking for more than anything was a leader,” said Lisa Joyner, president of Opera on the James’ board of directors.

Having spent most of his operatic career on the stage, Nisticò, 52, brings the gravitas of a seasoned performer as well as 20 years’ worth of behind-the-scenes knowledge with him into his new role as general director.

“Marco is extremely intelligent and understands the challenges that an opera company faces,” said Richard Russell, executive director of Sarasota Opera, where Nisticòὸfirst worked in 2008. “Having worked for so many different companies, he has seen it.”

Born and raised in Naples, Italy, Nisticòὸgrew up around opera.

His father, a former member of the choir at the San Carlo Theatre, taught voice for more than 20 years.

“I sort of sang all my life,” said Nisticò, “and grew up listening to people singing and all these lessons that went on in my home every day.”

Despite spending his childhood surrounded by beautiful voices, Nisticò waited until he was pursuing his undergraduate degree in Paris to ask his father for actual voice lessons.

“[I had] a friend who played the piano, and we decided to have this little show,” he says. “... There was some acting involved and some singing, so I asked. I wanted to sing them [the songs] better.”

Nisticò began his operatic career in 1997 and spent most of his time performing in the U.S. with companies ranging from the New York City Opera to Opera Memphis to San Diego Opera. He also has appeared on stages around the world.

In 2010, he made his debut with the Metropolitan Opera and went on to work with the iconic company on such productions as “Carmen” and the U.S. premiere of Nico Muhly’s “Two Boys” in 2013.

“Opera can be, sometimes, beautiful voice and singing,” said Robin Guarino, J. Ralph Corbett Distinguished Chair of Opera at the University of Cincinnati College-Conservatory of Music. “But he is one of those performers who just draws you in, like a Laurence Olivier or, in musical theater, a Nathan Lane. He brings you into the theater of the moment, into the story, and he has wonderful stagecraft.”

Although Nisticò has seen successful onstage — earning positive reviews from publications like The New York Times and Opera News, which called his baritone “a gleaming, first-rate voice” — his move from performer to general director is not a surprise to those in opera circles.

“I think that it’s been in the back of his mind for a long time,” said Russell, who saw Nisticò’s interest in management when the performer shadowed the Sarasota Opera’s administrative team in 2014.

Nisticò’s appointment as general director of Opera on the James also follows a growing industry trend of hiring performers to lead companies, said Russell, who has worked with Nisticò in Sarasota since 2008.

“You have to be a little bit of a performer to be to the administrator in an arts organization, because you’re up in front of the public a lot,” he said. “You’re connecting with members of the public, and you need to be able to form connections with donors and audience members.”

While Nisticò’s primary focus as Opera on the James’ new general director is maintaining the caliber of current performances, he also wants to incorporate contemporary works into the company’s seasons.

For opera to survive, the art form needs new works to join the standard repertory, called warhorses, in its canon, Nisticò said, “and there’s a lot of new work being produced and composed” in the U.S.

“Some companies do not want to do that, which is fine. ... [However] I see the amazing connection many young singers have with new pieces that relate to them directly, especially through the language,” he said.

Nisticò, who will live full time in Lynchburg starting in March, also has visions of developing a children’s program complete with a youth choir, Joyner said.

“The other big place he will take us is collaboration,” she said, noting Nisticò’s hopes of working with other local artistic companies.

All of these new ideas fit into his larger goal of making the art form more accessible to Virginia audiences, especially those that don’t think of themselves as opera-goers.

“Society at large now has this weird perception that opera is this far-distant, elitist thing just for fancy people, who wear fancy clothes,” but it is meant for everyone, he said.

Nisticòὸreputation in the industry will go a long way toward helping bring his ambitious vision to the company, said Guarino.

“People will come in and direct and conduct and sing just because they want to be around him,” she said. “... When an artist like Marco asks you to do something, you know it’s going to be about the right thing. That it will be about artistry and what brings us to this art form.”

Two positive cases of COVID-19 have been reported in Bedford County Public Schools as of 3 p.m. Wednesday.

A Moneta woman was convicted Tuesday of killing a man last year while driving under the influence of drugs.

Marco Nisticò as Rigoletto in Sarasota Opera's 2019 production of "Rigoletto." 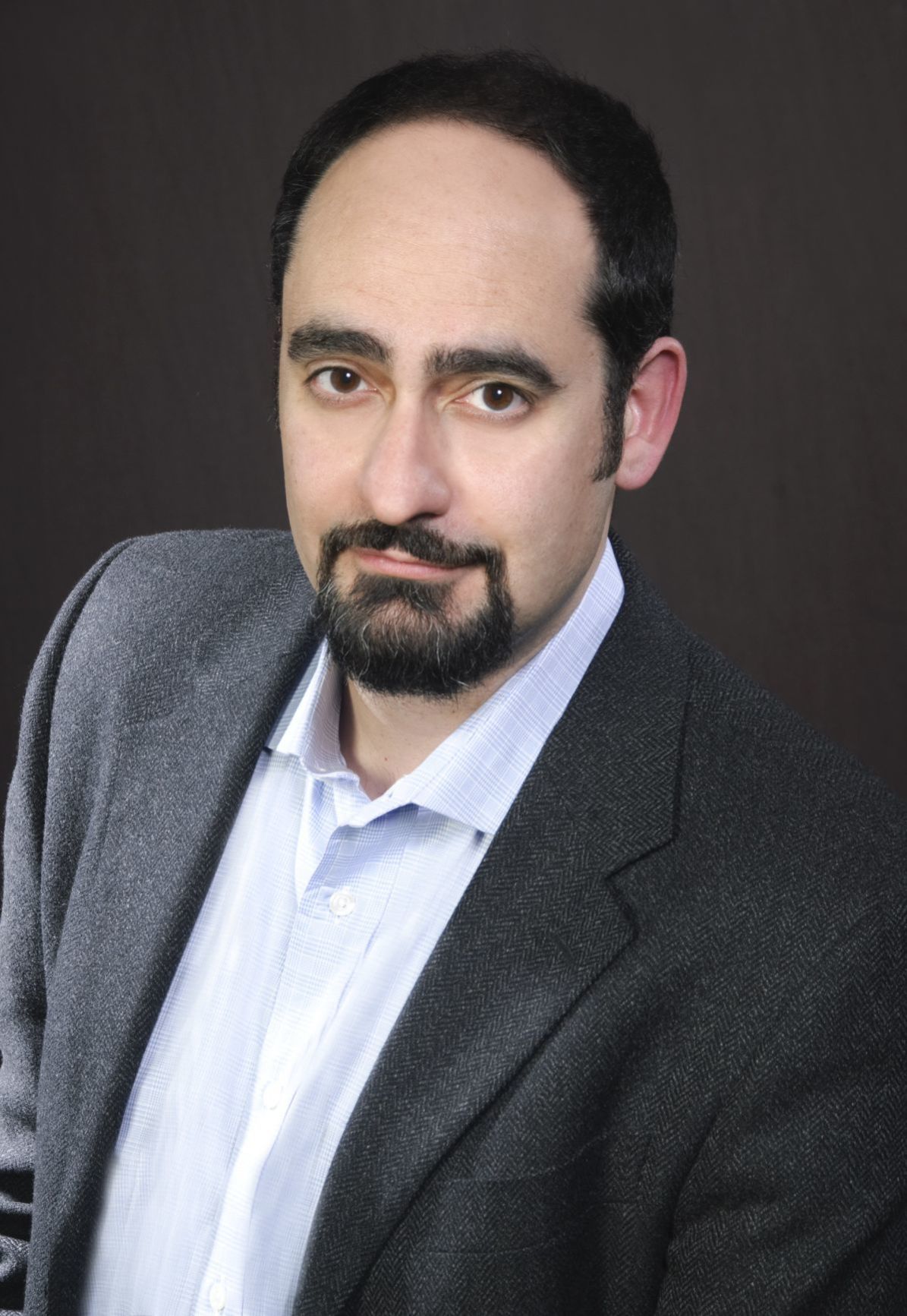