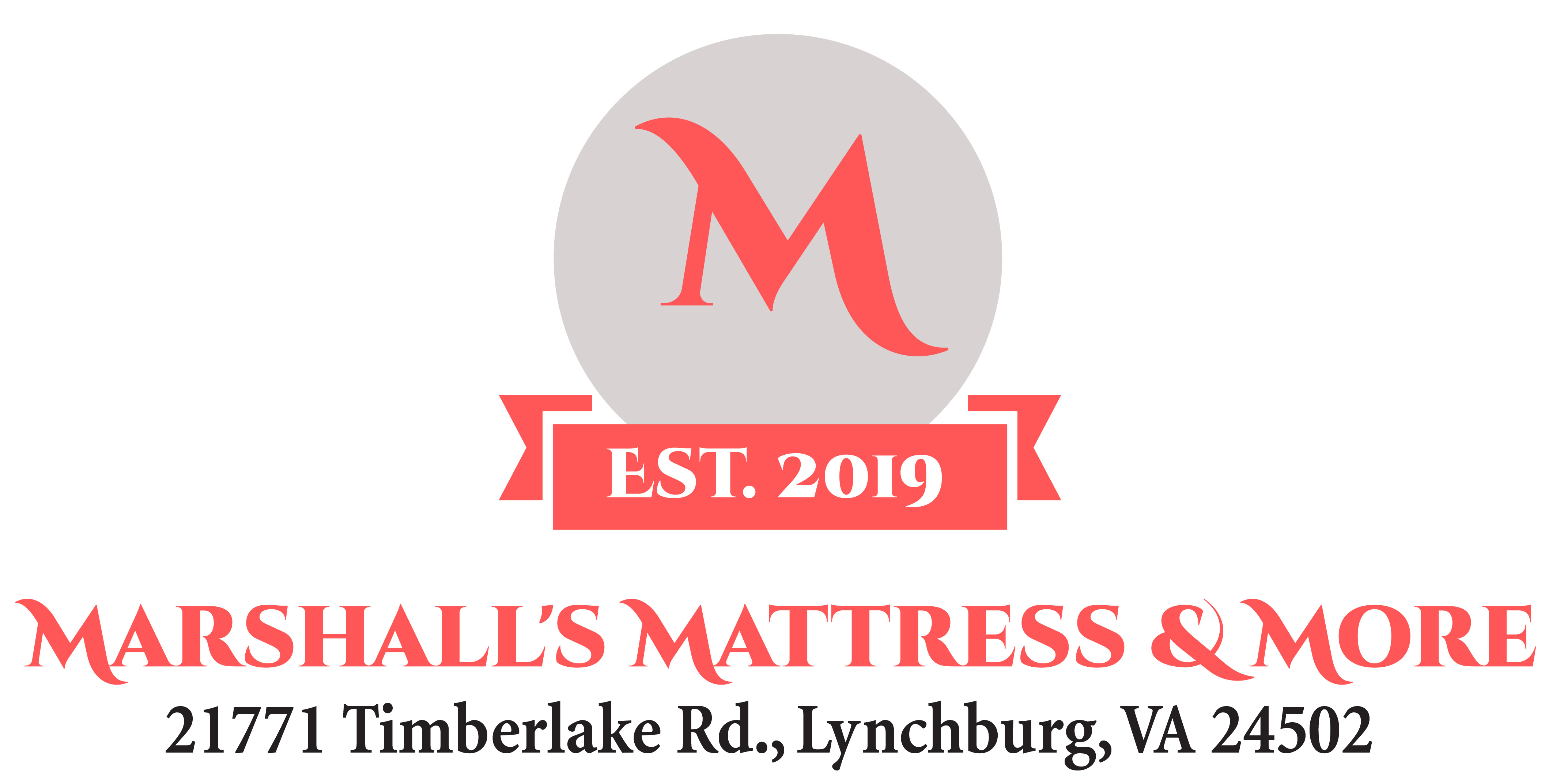 Among Virginia’s 57,000 classified state employees, Black workers are underrepresented in leadership positions, and Hispanics, who represent one in 10 Virginians, are hardly represented in the state workforce.

Those are some of the issues state officials hope to address through a new statewide plan that would require efforts on equity, diversity and inclusion in every state agency, and to ensure those principles are reflected in the way each agency serves Virginia’s increasingly diverse population.

The ONE Virginia plan, developed by the state’s Office of Diversity, Equity and Inclusion, was recently made public as the legislature approved measures and funding to implement it across the state.

“Inequity had a 401-year head start here. It’s easy to say we’re not moving quickly enough, and I agree,” said Chief Diversity Officer Janice Underwood in an interview. “Racism has been institutionalized, and we now have to do that with diversity and inclusion,” by making them institutional, she said.

The key tenets of the plan will soon be codified under a bill introduced by Del. Alex Askew, D-Virginia Beach, on behalf of the administration. The bill would require that agency heads “establish and maintain” diversity, equity and inclusion plans and submit an annual report to the governor on their progress.

The ONE Virginia plan “is a strategic blueprint to institutionalize equity across state government and effectively address deeply-rooted structural and systemic barriers to access and opportunity,” Gov. Ralph Northam said in a statement. “This roadmap will ensure our efforts are accompanied by accountability, measurable results, and sustained impact.”

The plan is a guide for state agency leaders to tackle diversity and equity issues according to the reality and needs of their particular agency. The goals are the same for every agency, as is the approach: find data-driven ways to measure progress and hold the organization accountable for lack of progress.

The five goals every agency will face are: recruit and retain a diverse workforce; create and sustain an agency culture that affirms and respects diversity and inclusion; educate workers on diversity and inclusion; create infrastructure within the agency to track progress on equity goals; and ensure that its work with the general public benefits “all of Virginia’s diverse communities.”

Little public data exists on agency culture, but state demographic data suggests there is work to be done on representation.

While Black people are well-represented in the classified workforce statewide — 29% compared with the state’s 20% Black population — their representation drops to 16% among people in leadership positions.

The 57,000 classified employees are essentially Virginia’s version of the civil service — core state government workers who are not political appointees. All told, Virginia has more than 100,000 state employees and state-supported workers.

Underwood said addressing the diversity of people hired by the government is not enough; she said making sure workers are able to equitably advance in their careers and that the climate of every agency is inclusive is a key goal of the plan.

Broadly, she said, the plan seeks to weave the principles of equity into every nook and cranny of state government.

“Everyone talks about equity like they’re equity aficionados. There are so many sound bites about some diversity initiative,” Underwood said. “Few people know how to operationalize it. In Virginia, we’re actually doing something.”

Underwood, previously Old Dominion University’s diversity director, tapped former colleagues in higher education to help spearhead the plan’s development. That includes Kevin McDonald, who leads diversity efforts at the University of Virginia. UVA hired McDonald in the aftermath of the “Unite the Right” white supremacist rally in August 2017 that shook Charlottesville and the nation.

McDonald explained that the plan is inspired by the Inclusive Excellence ideal developed by the Association of American Colleges and Universities. He said the ONE Virginia plan leaves it up to agencies to decide the metrics they’ll use to measure progress, allowing flexibility but requiring accountability.

“There is commitment at the highest levels of leadership that this is important — we don’t want it to just be rhetoric — and that the action is connected to metrics,” McDonald said.

He added: “Diversity has moved from being the right thing to do, to a need to weave it into the organizational fabric and bake this into their organizations.”

Underwood and McDonald said they’re excited to see state agencies use the framework, but said it would also be useful to higher education institutions, nonprofits, municipalities, school districts and private businesses. He said there’s value in aligning the state’s organizations around the same goals and framework.

“I’m certainly prioritizing state agencies, but I’m still looking at how other organizations can use it. I’ve spoken to school districts, for-profit organizations and local governments,” Underwood said.

McDonald added that UVA’s work will reflect the ONE Virginia approach.

Underwood became the state’s first director of diversity, equity and inclusion in September 2019, as Northam sought to repair his public image following the discovery of a racist photo on his page in his medical school yearbook.

The governor vowed to dedicate the remainder of his time in office to racial equity, and hired Underwood to help with equity and inclusiveness within his administration and state government. Underwood accepted what was at the time a temporary position; last spring, the legislature codified her role as a permanent Cabinet position.

Underwood was tasked with developing a plan to promote inclusive practices and address systemic inequities in state government, while “fostering an inclusive environment throughout state government where employees feel a sense of belonging,” according to the job posting.

She has also been regularly tapped to speak publicly on behalf of the administration when it is facing issues of race or equity. Most recently, that has included issues of disparity related to the spread of COVID-19, including testing and vaccine distribution.

Recently, Underwood’s office was involved in helping the Virginia Department of Health fix a fumbled, Google-translate version of the state’s vaccine preregistration form.

On Friday, Northam announced the appointment of one more staffer: Kimberly Cain, who will also serve as a special adviser.

The budget approved by the General Assembly includes $200,000 to fund contractors within Underwood’s office who will help 10 state agencies pilot the ONE Virginia framework. The funding is meant to help the state gauge the “content, complexity and level of effort” involved in the work.

As Northam nears the end of his term next January, the administration has sought to cement some of its work to make it more resistant to changes by future governors. In addition to Underwood’s role becoming permanent, the administration wants to make its diversity requirements for state agencies a part of the Virginia code.

The bill would require agency leaders to not just create diversity plans, but weave them into their operations and how their agencies interact with the public.

“The plan shall integrate the diversity, equity, and inclusion goals into the agency’s mission, operations, programs, and infrastructure to enhance equitable opportunities for the populations served by the agency and to foster an increasingly diverse, equitable, and inclusive workplace environment,” the bill reads.

Askew also noted that the annual report to the governor on progress would include the impact of the work on the state’s budget.

Askew’s bill passed the House along party lines, 55-44, with all Republicans voting in opposition. In the Senate, the bill passed in a 26-13 vote, with the support of five Republicans: Sens. Siobhan Dunnavant of Henrico, Emmett Hanger of Augusta, Jen Kiggans of Virginia Beach, Todd Pillion of Washington County and Jill Holtzman Vogel of Fauquier.

As for the House vote, Askew said: “It turned out to be a partisan bill, even though I didn’t want it to be. This bill ultimately strives to make an equitable workplace for everyone.”

Farmer says Amtrak crash could have been averted

Farmer says Amtrak crash could have been averted